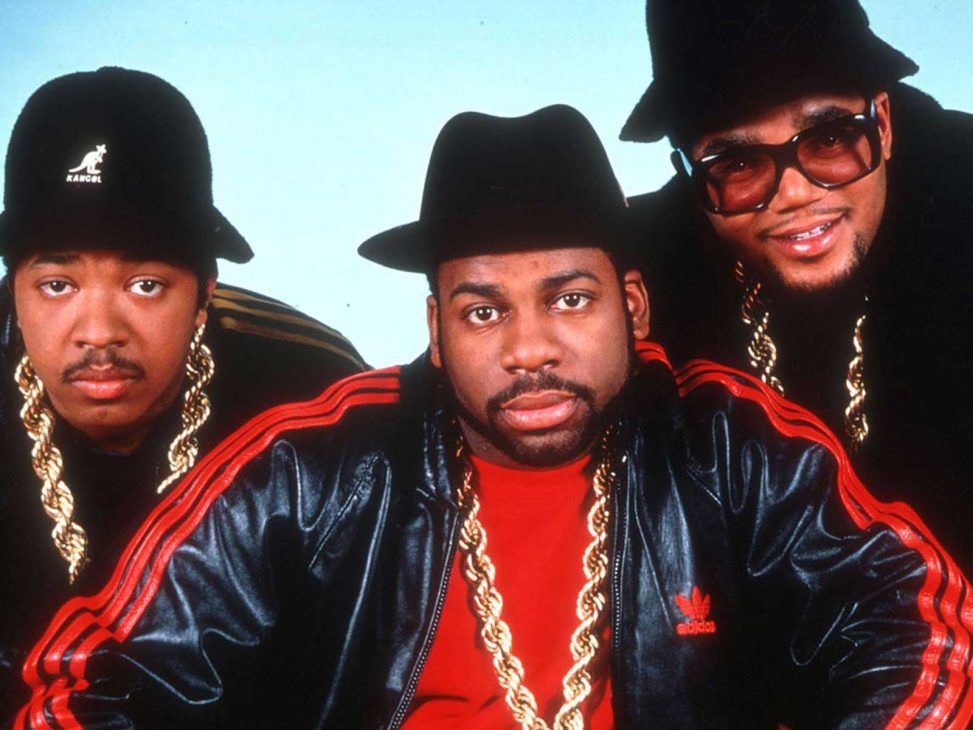 The glorification of the adidas tracksuit through history

If there is any tracksuit in the universe that can be called the uniform of subcultures, it is probably the iconic adidas three-striped tracksuit. Since its birth in the 1960s, the tracksuit in question has gone from dressing up the sports courts or the suburbs, to becoming a symbol of youth culture and urban tribes. We talk about its historical evolution: from its origins as a niche product to its empirical elevation to the catwalk and high fashion. 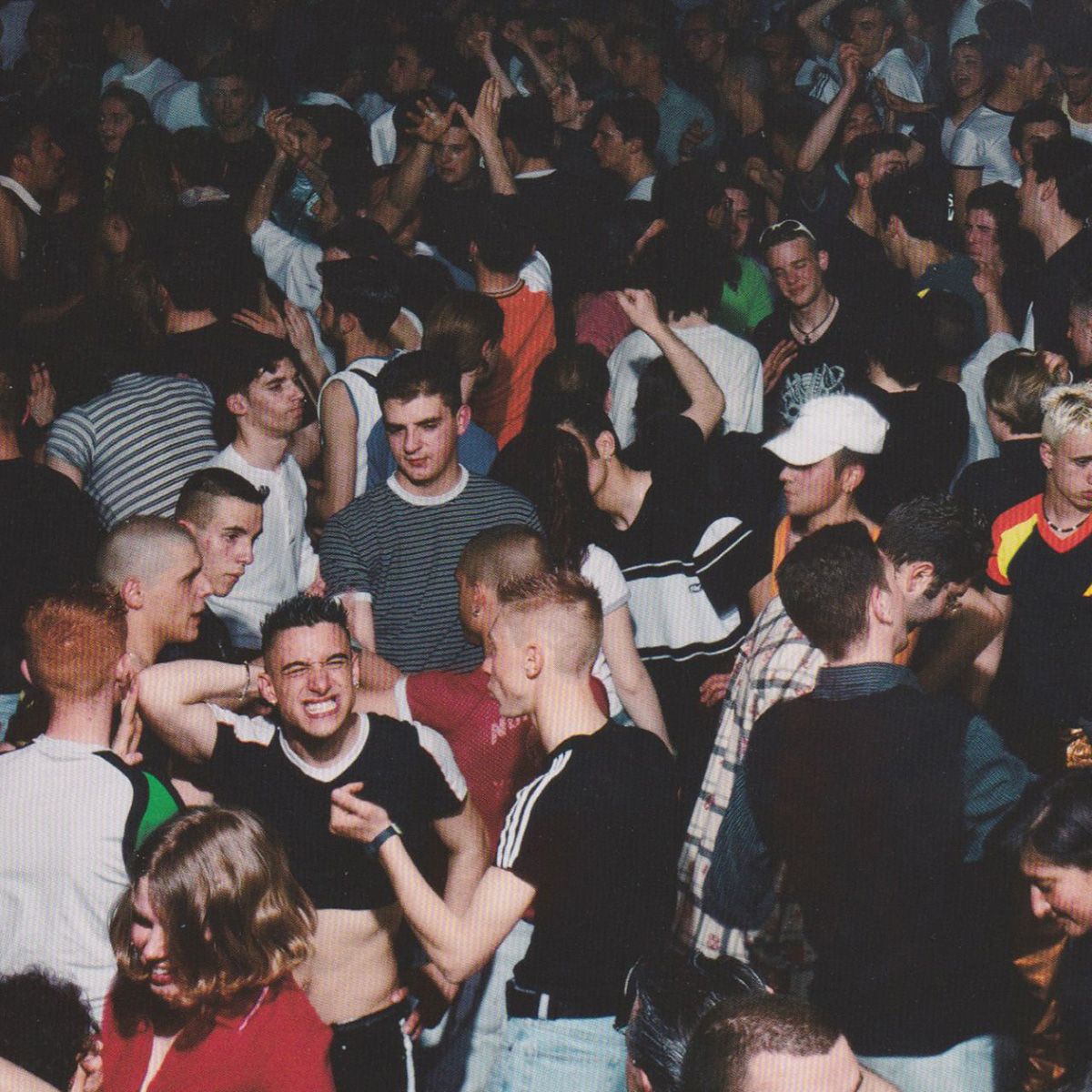 We could recall countless vivid sequences in the world of cinema or fashion in which the adidas tracksuit plays a major role. From “La Haine” (1995), to the “Royal Tenenbaums” (2001) or the Balenciaga Resort catwalk 2023: they could show the evolution of this coordinated set that was first associated only with sport, and that ended up crystallizing in the general history of fashion.

adidas first textile creation was precisely the tracksuit, in 1967. The design, inspired by its sneakers, was named after Beckenbauer, the German soccer star Franz Beckenbauer who sponsored it. Both its striking three-stripe aesthetic and its technical innovation caught the attention of the sporting community for an athletic purpose that a few decades later would be decontextualized to become a pop phenomenon. 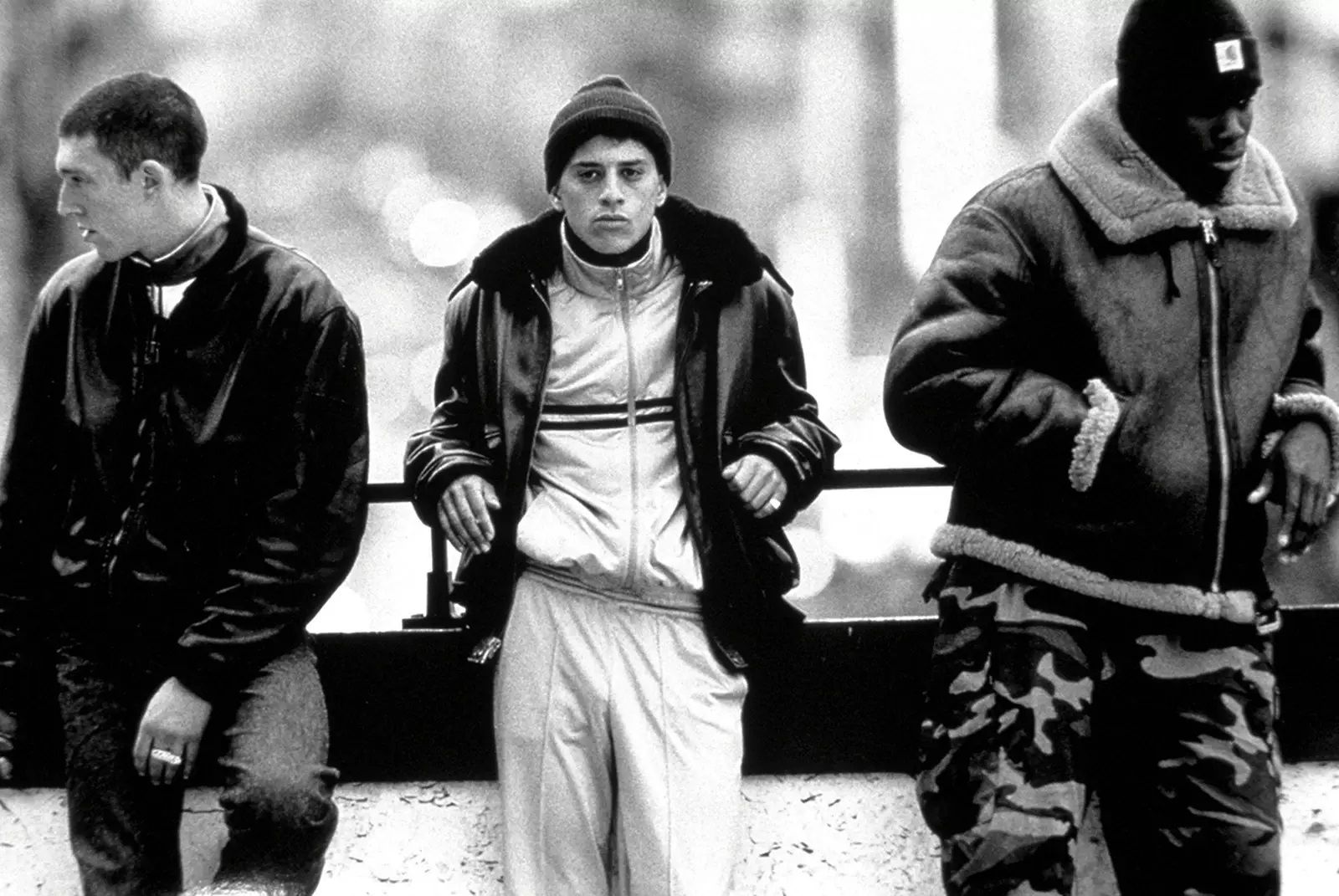 From the runway he went on to delve into the Rastafarian culture. Bob Marley was one of the great lovers of the adidas tracksuit, being captured on many occasions with pieces of the brand. In fact, both he and his Jamaican musical successors in the reggae, dub and dancehall scene are credited with pioneering the use of sportswear outside of the tracks and/or its original context. Long before hip-hop arrived in the United States.

The tracksuit crossed the ocean between the late 70s and early 80s, until it landed in England. The so-called soccer “casuals” were characterized by wearing casual designer clothes, with outfits like the adidas tracksuit combined with sneakers like the Samba. Beyond the footballers, the young fans or hooligans who traveled around Europe to watch the games began to spread their influence across the continent. 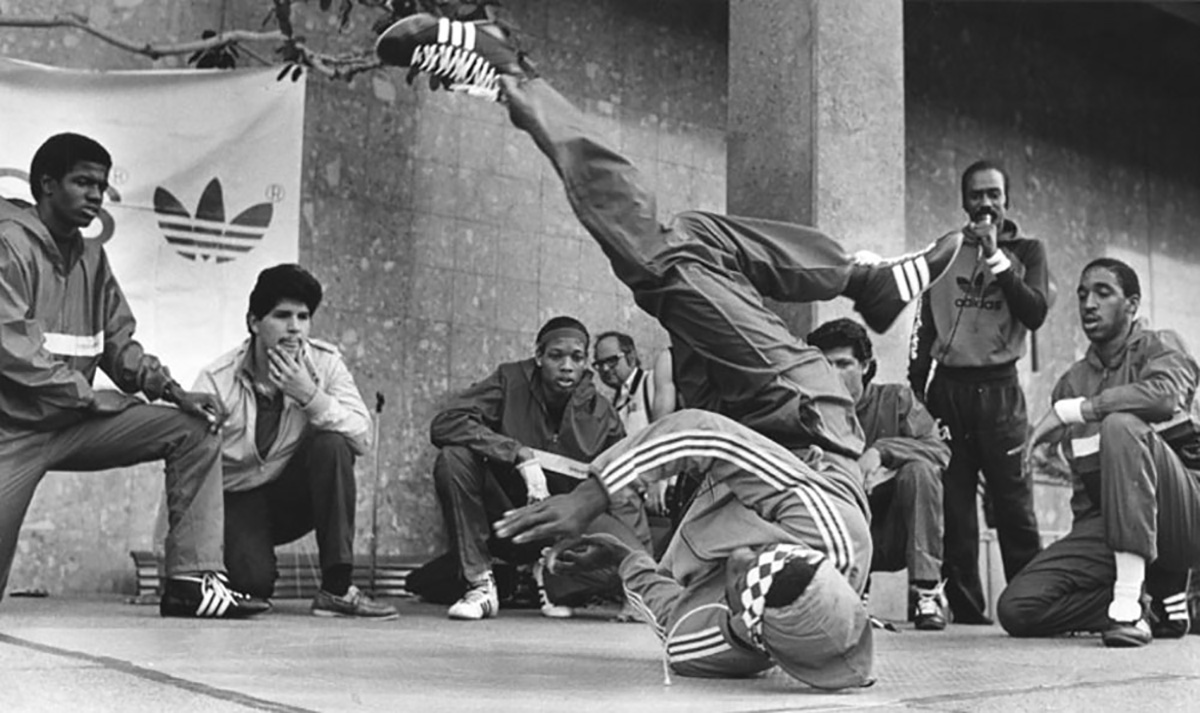 During that same decade, the birth of the hip-hop scene in NY was synchronized, with the B-boys bursting onto the scene with the break dance movement. The tracksuit then established itself as an essential for the bands, who experimented with their colors and styles, while the underground and rap were elevated to cult status.

In the 80s, the tracksuit was already a cultural sign for MCS or B-boys, deified by the iconic rap group Run-DMC, who even dedicated a love song to the brand with “My Adidas”. An action that would eventually lead adidas to offer them a $1.5 million sponsorship. 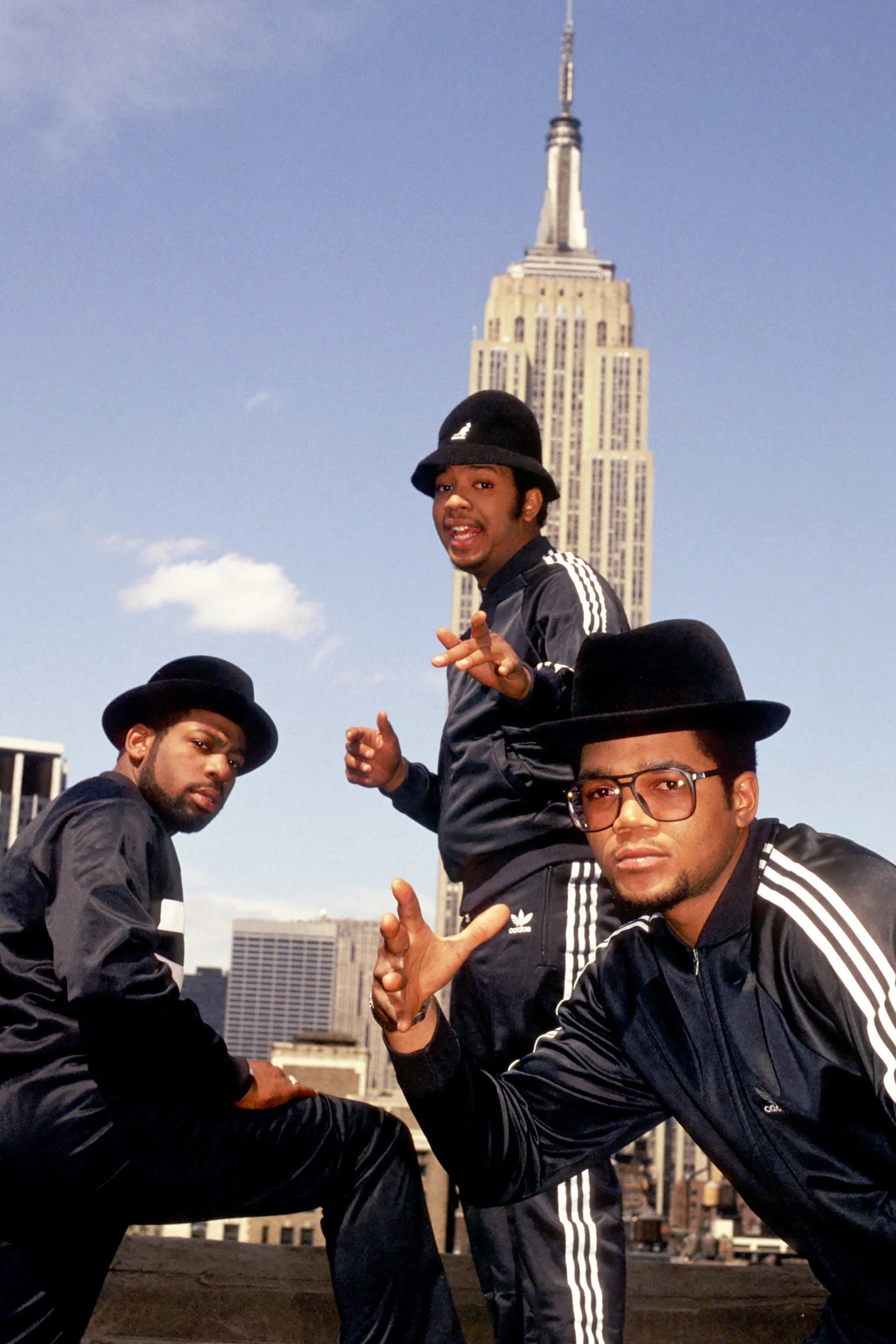 FROM THE GABBER SCENE TO THE CRIME SCENE

The gabber universe emerged from the addiction to techno and adrenaline, generating a whole subculture and aesthetics suspended between eccentricity and the darkness of the night. In Rotterdam, the ravers remasticated the codes of the tracksuit and printed on it another attitude combined with cushioned sneakers and wraparound glasses. An eclectic and/or stimulating scenario of “gabber eleganza” that ended up inspiring the narrative of designers such as Gosha Rubchinsky, Raf Simons or Demna Gvasalia.

During the 1990s-2000s, adidas also became an aspirational symbol within the world of crime. The figure of the gangster, which has been aestheticized over the years, connected mafia and fashion at the time through the black Trefoil tracksuit. That became the official uniform of the gopniks: a Russian criminal subculture with shaved heads and an irreverent attitude. Also of athletes, boxers or mafia associates who wore it in the streets with pride. 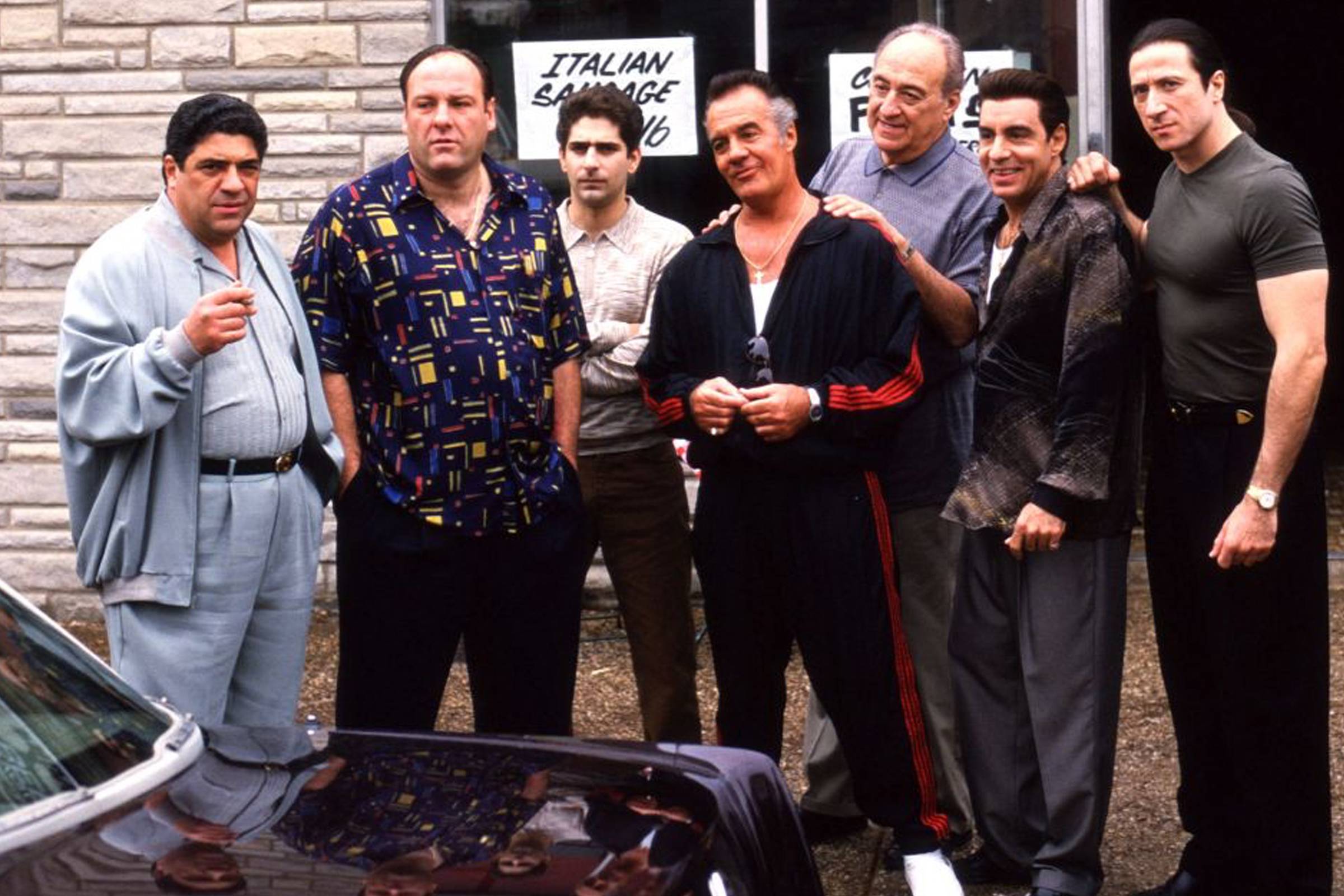 But if there is any culture in which the adidas tracksuit was evangelized as truly representative, it was the British chav culture associated with a “decadent” aesthetic of criminality, poverty and bad taste. One that went from being an object of hatred to standing as a style icon and source of contemporary inspiration.

From the British working class itself, a movement associated with streetwear and the adidas tracksuit also flourished: the GRIME. A current and/or subgenre that would become popular well into the 2000s thanks to black artists like Skepta or Stormzy, who once again altered the codes of streetwear in general, and tracksuits in particular, as an act of rebellion against the system.

FROM THE MARGINS TO THE MAINSTREAM 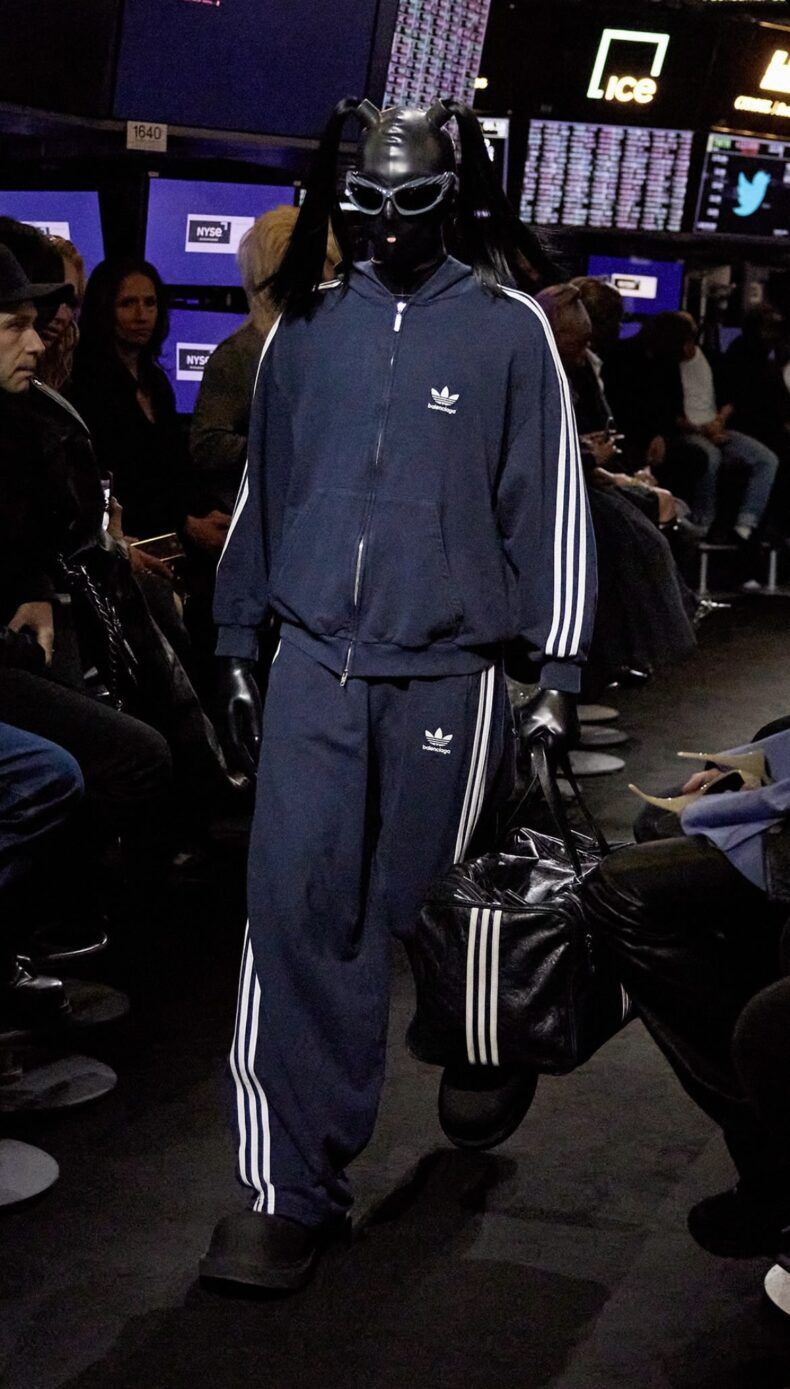 Today, fashion has not stopped drinking from niche subcultures to bring them into the sphere of cool and mainstream. A strategy or movement that could be extrapolated to the adidas tracksuit, and the power that cult designers like Demna or Wales Bonner have given it, making it continue to beat in today’s mass culture.

Fashion in the conspiracy era
The infinite world of Louis Vuitton and Yayoi Kusama
Ludovic de Saint S. is the new creative director of Ann Demeulemeester
How designers are exploring the art of the nudity
Balenciaga ‘s macabre
SNIPES x adidas honor fashion capitals with a unique Forum Low silhouette
Should the fashion community leave Twitter?
This is the latest puffy release from adidas Originals
OGBFF: the viral ironic fashion sensation
The explosion of furry aesthetics
Balenciaga apologises for its latest campaign sexualising children
This Christmas The Grinch takes over the adidas Forum Low