The new Emoji update will include 200 new variants

The Unicode Consortium has announced its next update, Emoji 13.1, which will add more than 200 new skin tone combinations to the Emoji combinations of two people representing couples. 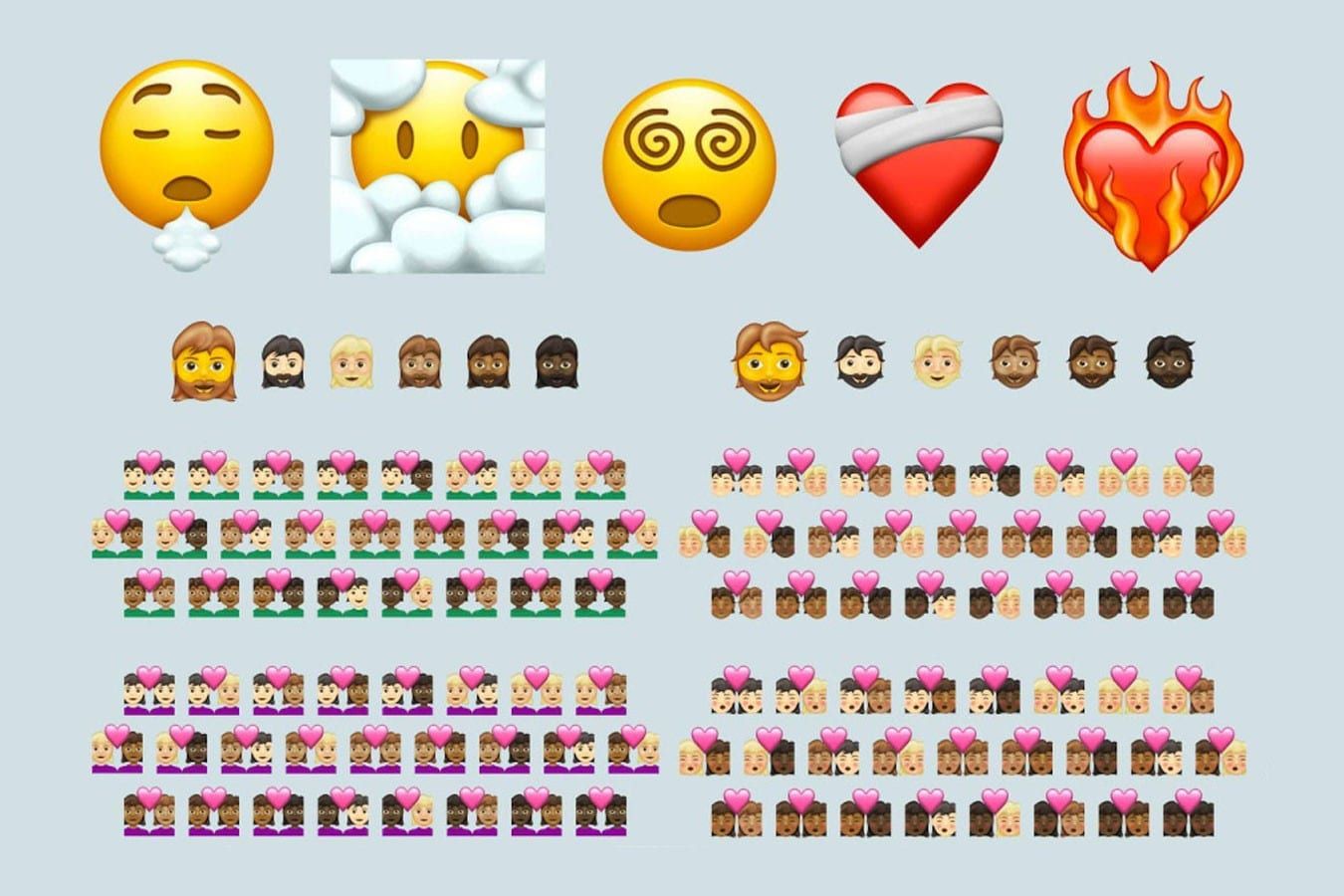 In an attempt to represent interracial and minority couples, a wider range of skin tones will be applied to two central Emojis: “couple with heart” and “couples kissing“. To accompany this, seven additional graphics will be entered on the keyboard: “heart on fire“, “heart patched“, “bearded woman“, “bearded person“, “face exhaling”, “face in the clouds” and “face with eyes in a spiral”.

The Emoji 13.1 is expected to be released sometime in 2021, after version 13.0 has been released this fall.

Apple could introduce its first car thanks to Hyundai
The pholdable iPhone could become a reality
Protect your AirPods with this Off-White case
The apple AirPods Pro Lite would cost 229€
Apple will repair your Iphone 11 screen for free
Apple maximizes the AirPods
Apple patents a new matte black finish
Brazil requires Apple to include chargers with the iPhone 12
iOS 14.2 now available with 117 new emojis
Apple gives you new AirPods if yours are defective
Apple will announce “one more thing” at its next event
iPhone 12 could charge external accessories wirelessly