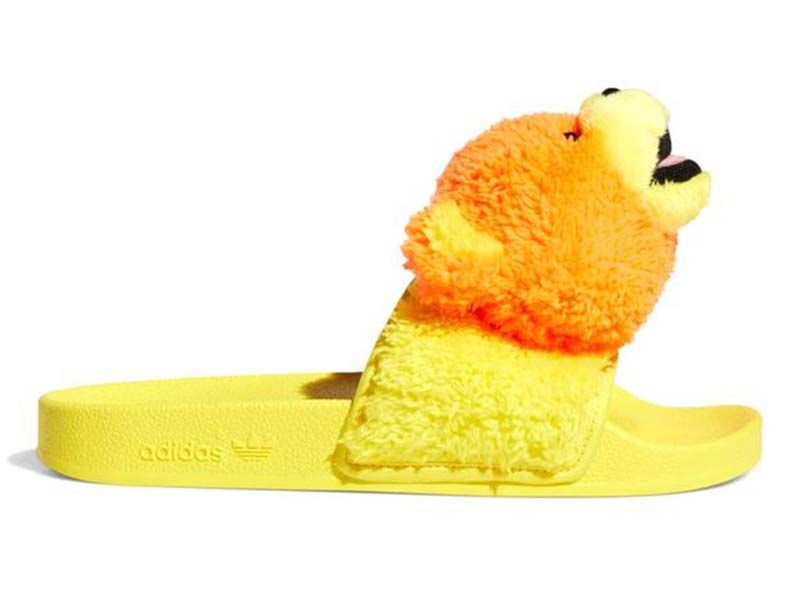 Last month, when adidas announced the new collaboration with Jeremy Scott, we were immediately excited for the return of his risky designs. Now they surprise us with the adidas adilette x Jeremy Scott “JS Bear”. 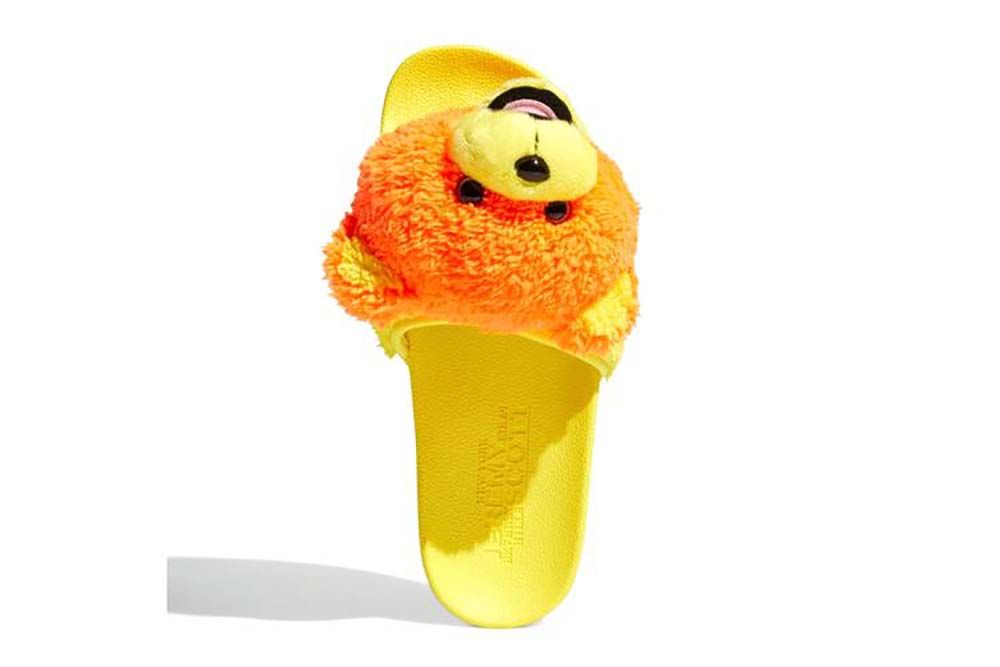 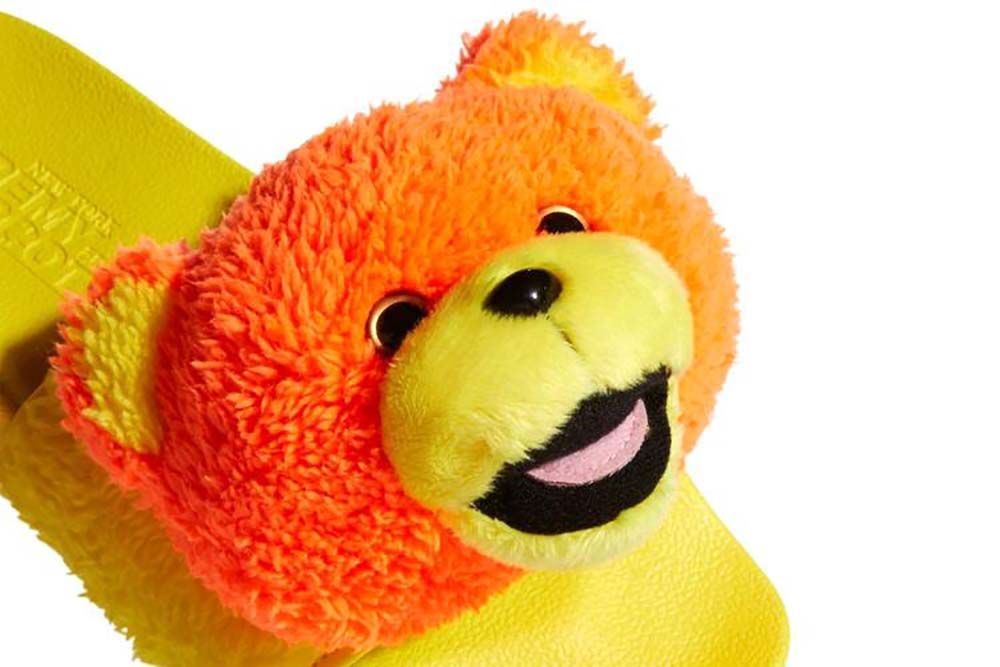 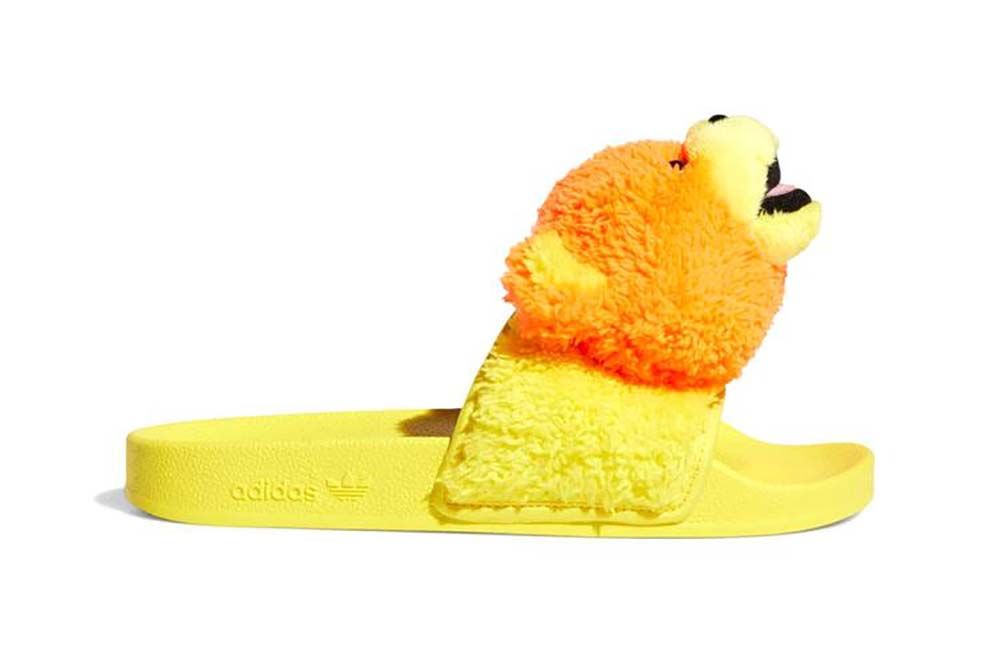 If there’s one thing Jeremy Scott and adidas know how to do, it’s make quirky and fun designs. After announcing the revival of their historic collaboration, leaks about what the collection will look like have started to surface.  One of the models that have come to light have been the adidas adilette x Jeremy Scott with a teddy bear.

Dubbed the adilette “JS Bear,” the flip-flop is yellow in color and has a large orange and yellow teddy bear head incorporated placed on top of the shoe’s furry forefoot strap. Although the bear is a key element in the collaborative designs of these two brands, this is the first time they have incorporated it into a sandal.

They have yet to reveal a release date for the new adidas adilette x Jeremy Scott “JS Bear”. However, it is likely to launch later this summer or fall.