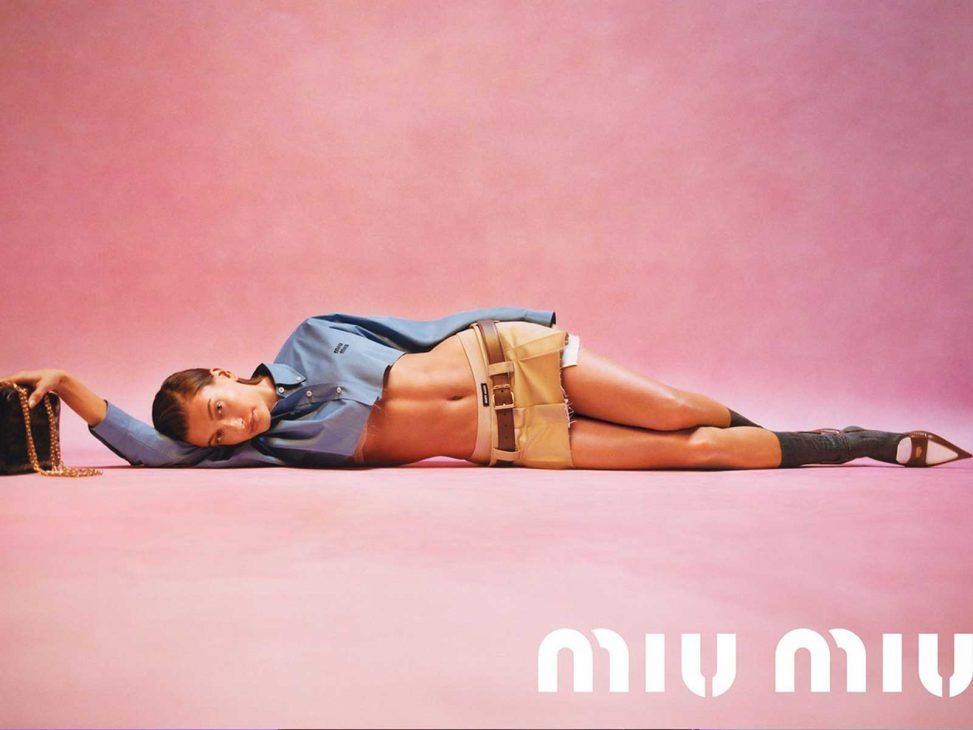 Miuccia Prada’s 00s-inspired Miu Miu set has attracted everyone orbiting the fashion universe. The set has gone so viral that it’s even just received an Instagram account run by stylist Ashley. Because it’s no longer love, it’s obsession. 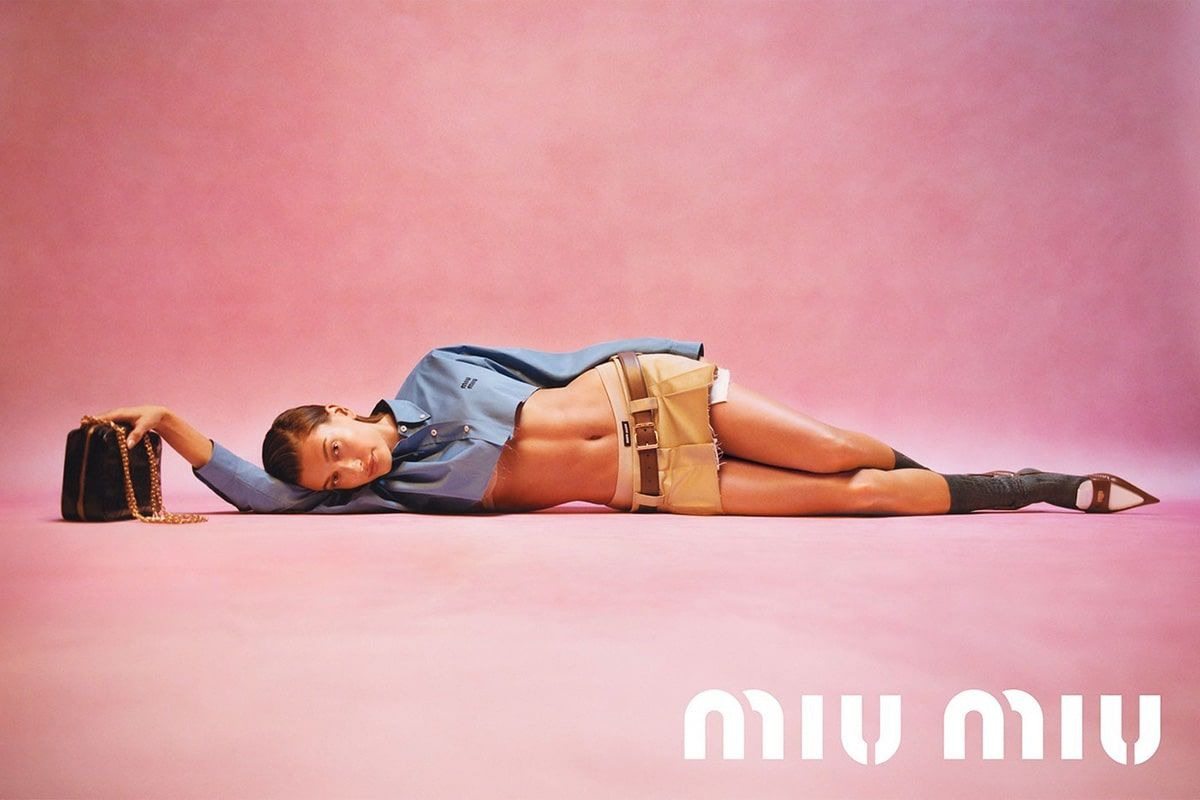 Miu Miu’s SS22 runway show turned this look composed of a micro-mini skirt and an ultra-cropped top into sartorial gold. Since then, she has appeared on the red carpet, in different campaigns and in fashion editorials, as we can see in the one recently starring Paloma Elsesser for i-D.

At the end of January, Dazed Korea also published an editorial featuring model Yugo Takano in the outfit, while Zendaya wore it for her feature in Interview magazine. Not to mention the recreation of the look for Halloween by Peter Do team members Jessica Wu and Vin Ho. 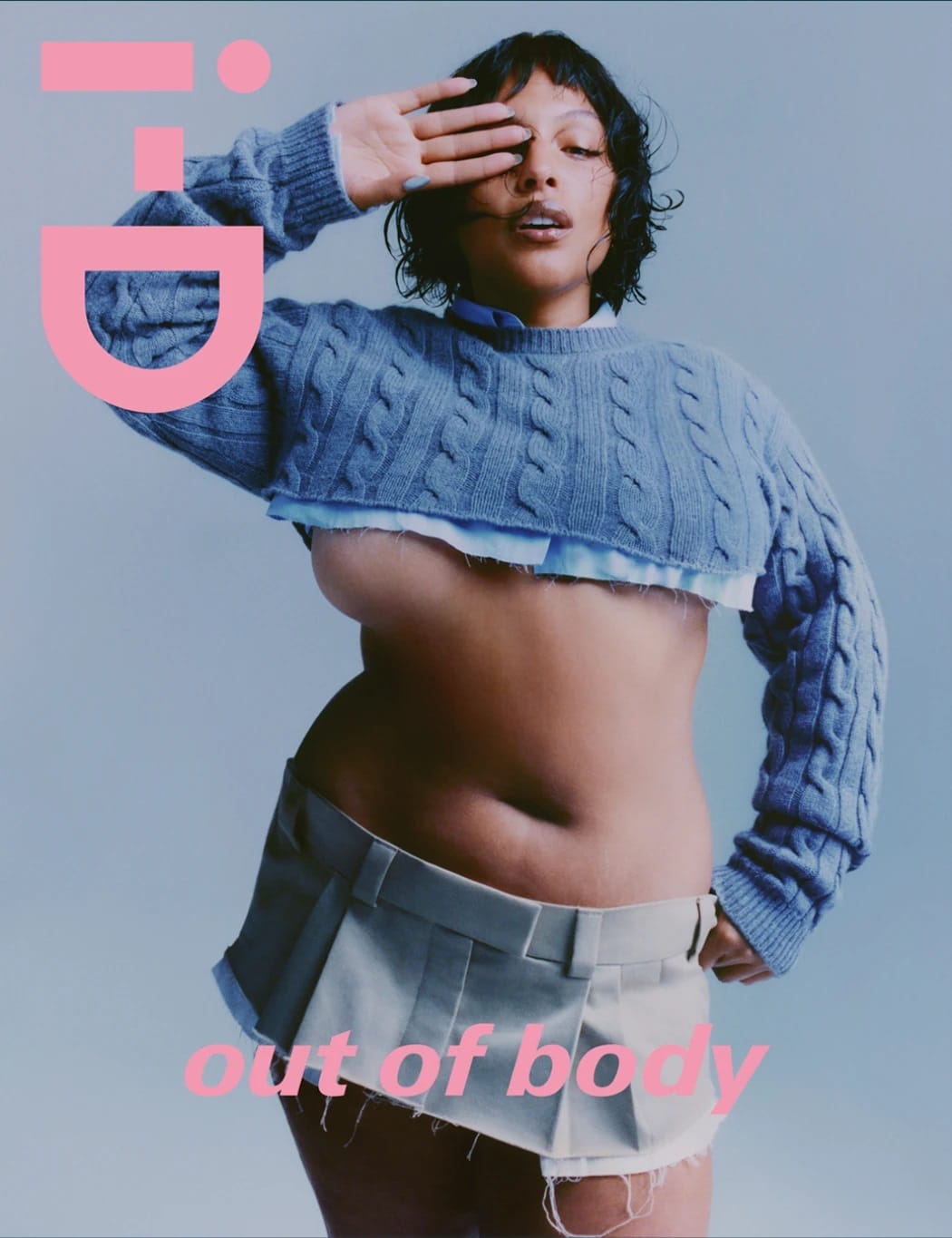 That love letter to the Miu Miu set has also taken to Twitter, albeit mostly in the form of a meme. If you’re feeling that obsession too, follow @miumiuset.

Kendall Jenner, one of the stars of the new Miu Miu campaign
How ugly shoes have taken over the zeitgeist
How Wednesday has resurrected the goth girl
How designers are exploring the art of the nudity
The explosion of furry aesthetics
Does fashion have to be functional?
How does a product go viral?
Miu Miu brings the Paris Fashion Week to a close
New Upycled Miu Miu collection in sight
Miu Miu unveils new jewelry collection in collaboration with artists Nathalie Djurberg and Hans Berg
Emily Ratajkowski, Sydney Sweeney and more star in Miu Miu’s latest campaign
Discover the Miu Miu Wander bag by day and night