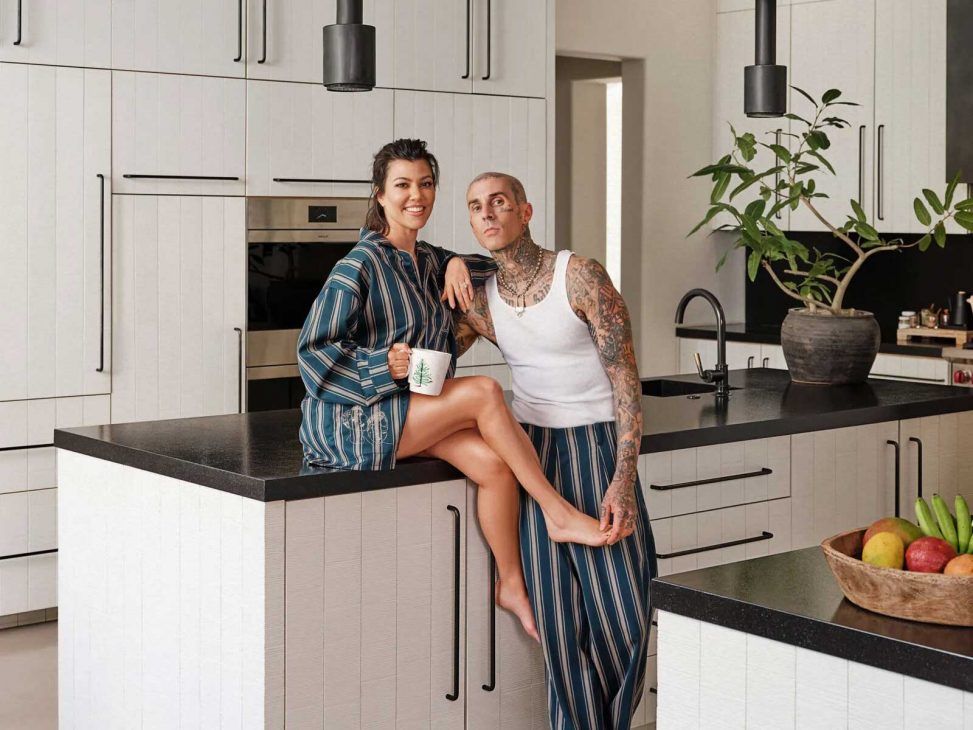 Travis Barker opens the doors to his minimalist home in Calabasas

Rocker Travis Barker was the latest star, along with his recent wife Kourtney Kardashian, in Architectural Digest’s ‘Open Door’ series.

Travis Barker opens the doors of his home to AD, a minimalist and zen home in Calabasas, California.

In the busy life of a rock drummer there is also time to tour and show off his amazing house with minimalist aesthetics in California. This spring, in addition to finishing his friend Machine Gun Kelly’s Mainstream Sellout album, the Blink-182 drummer also found time to play at the Grammys with Lenny Kravitz and HER and even to get married in Las Vegas to his fiancée, now wife, Kourtney Kardashian.

In the midst of this chaos, Travis Barker seeks refuge in his home in Calabasas, a minimalist house, sober. A place that is far from what is expected from the place of residence of a rock star. Although, the house has been under his ownership for 15 years, the drummer decided to renovate it three years ago, a task he entrusted to interior designer Waldo Fernandez, a member of the AD100 list.

The intention when redecorating the space was to create a zen space that would allow him to relax and reflect. Subdued colors, linen and wood are the protagonists of the rocker’s home. A house that, according to him, is far from his previous homes, where you could find more striking elements such as murals, bicycles or cars.

In the video he highlights some of his favorite corners and elements. For example his dining table where they meet on Sundays to eat with the family and play board games. Still, you can see certain decorative elements such as pieces by Raymond Pettibon, an artist with punk-rock roots from Southern California, that are more in keeping with Barker’s public persona.

A tastefully decorated home that denotes the artistic side and passion for design of Travis Barker, who in addition to co-owning the DTA brand, has also dabbled in the world of interior design and has released a collection with Buster + Punch of home goods and various accessories.

Get inside Travis Barker’s Calabasas home with the video above.