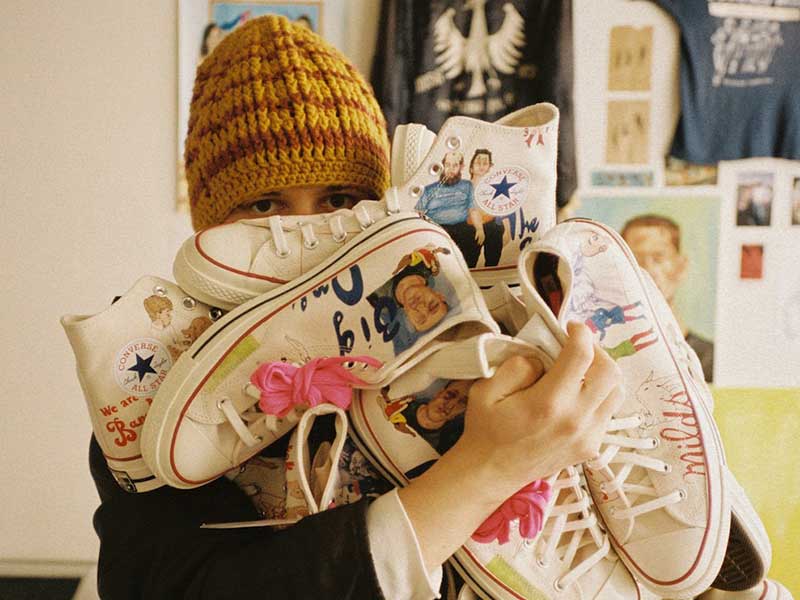 Tyler, The Creator has long been a strong advocate for young creators around the world. 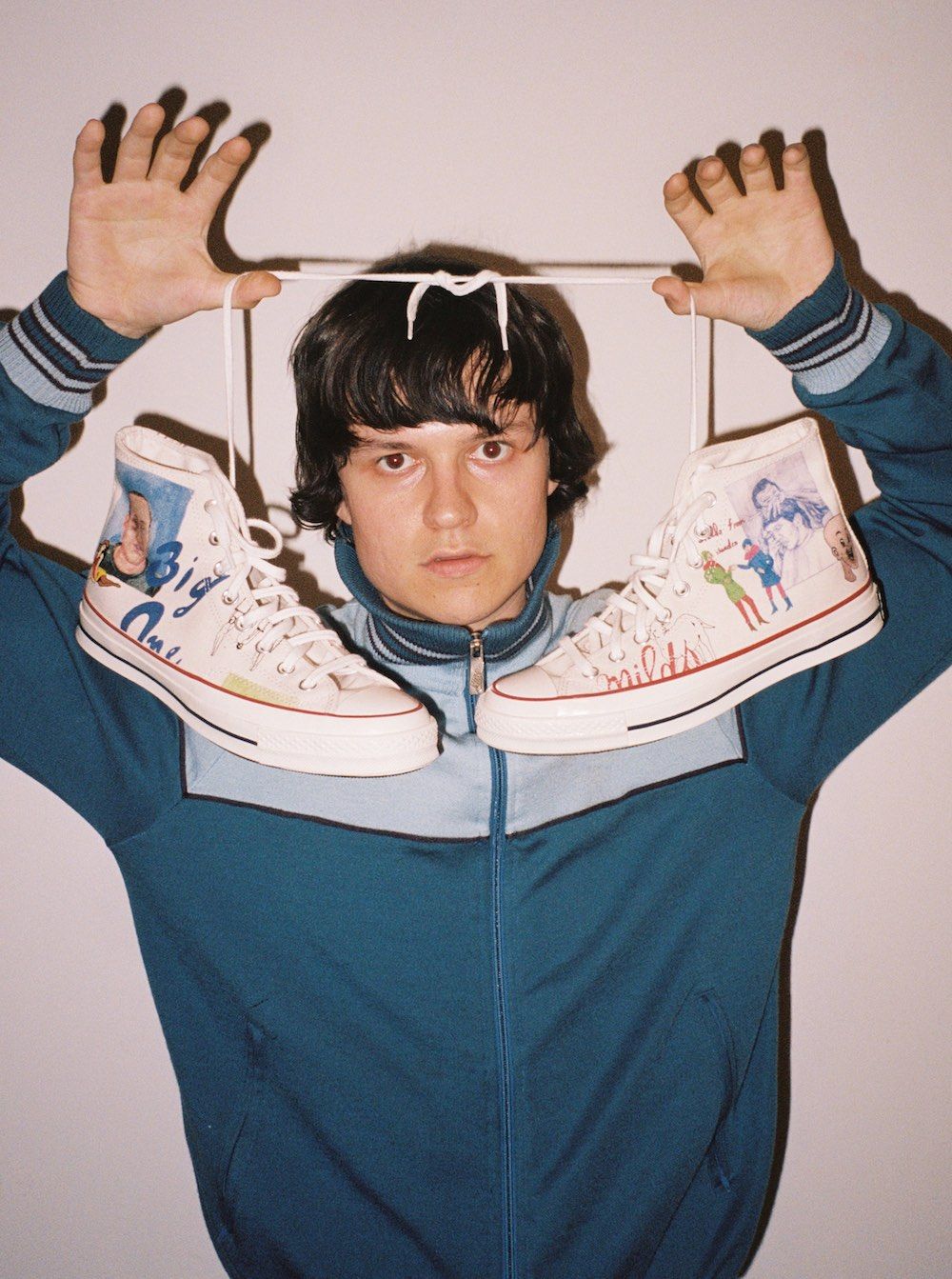 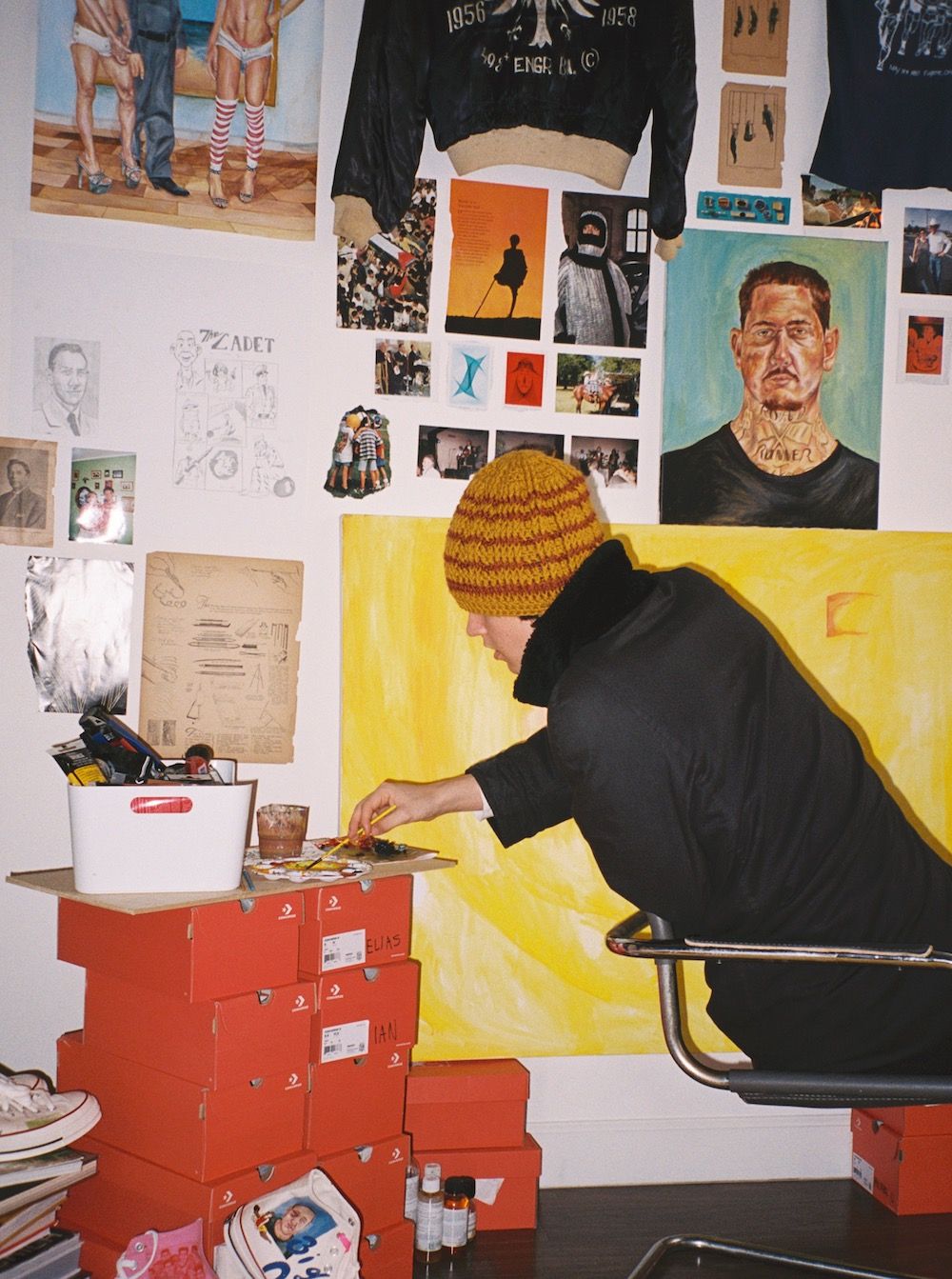 When a 16-year-old boy fell off his bike to show Tyler an illustration – after the artist had launched a social media call for fans to draw him a week earlier – the artist stopped to help Spencer McMullen get up and went through the entire sketchbook. Tyler insisted on taking a picture of the portrait and quickly shared it on his personal Instagram. This fortuitous encounter in his life in his hometown of Jacksonville, Florida, would be an unexpected boost to McMullen‘s artwork.

A few years later, Tyler was looking for another creative to give him the opportunity to design the next Converse Artist Series. After closely following the evolution of his work, McMullen was chosen to apply his creative vision to the canvas of the iconic Converse.

“After growing up with the brand, applying my art to this sneaker was really a dream come true,” says McMullen. “But I didn’t want to interrupt the silhouette too much, because it’s perfect in its simplicity. So, for a few months, I worked on new drawings and paintings to present on the canvas, inspired by real stories that are documented around me, like books and photos on the Internet of my life in Jacksonville. I also placed a new, blank Chuck 70 on my desk to look at every day as I spread out all my work on the floor to evaluate and test in different ways.” 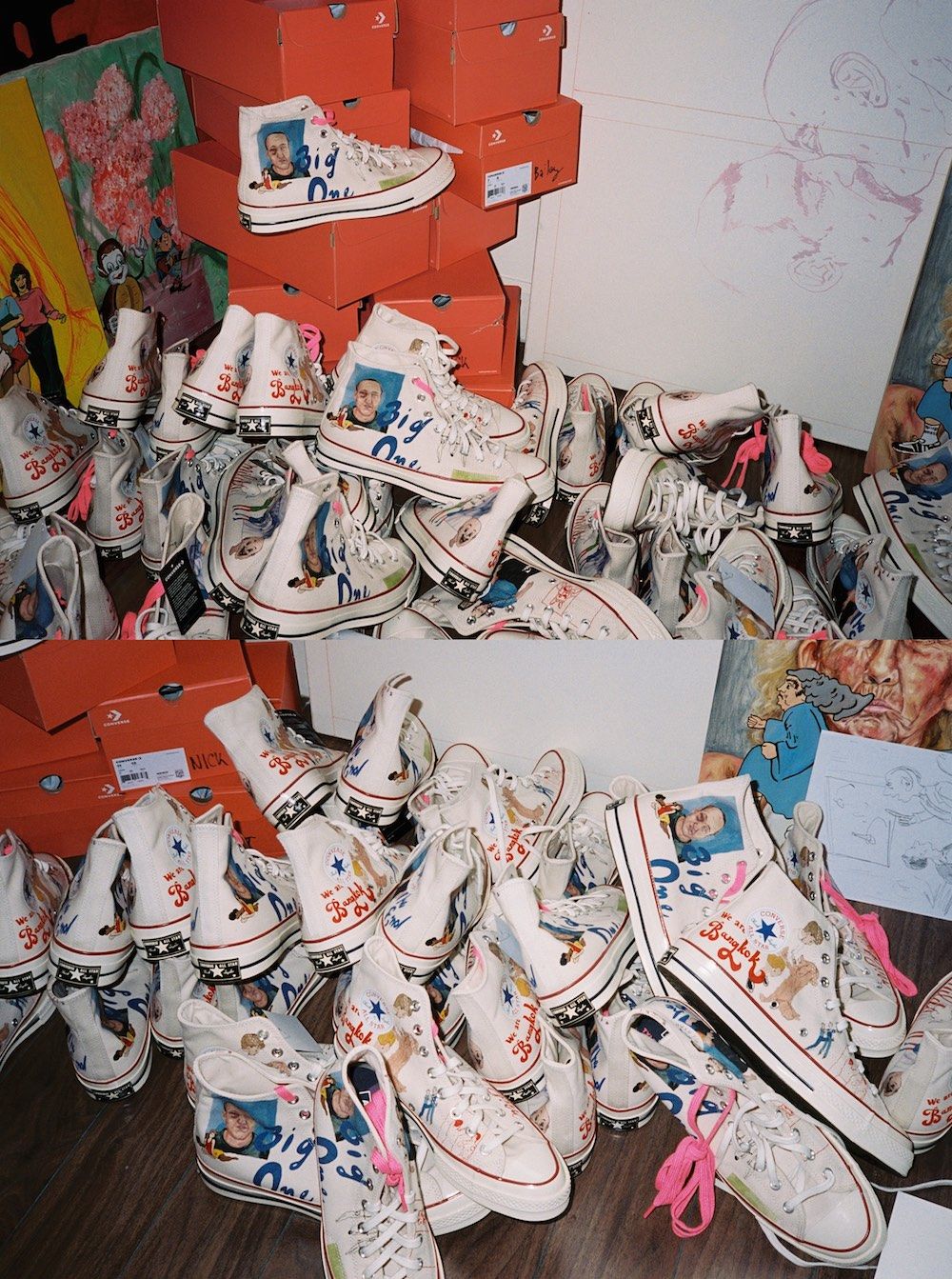 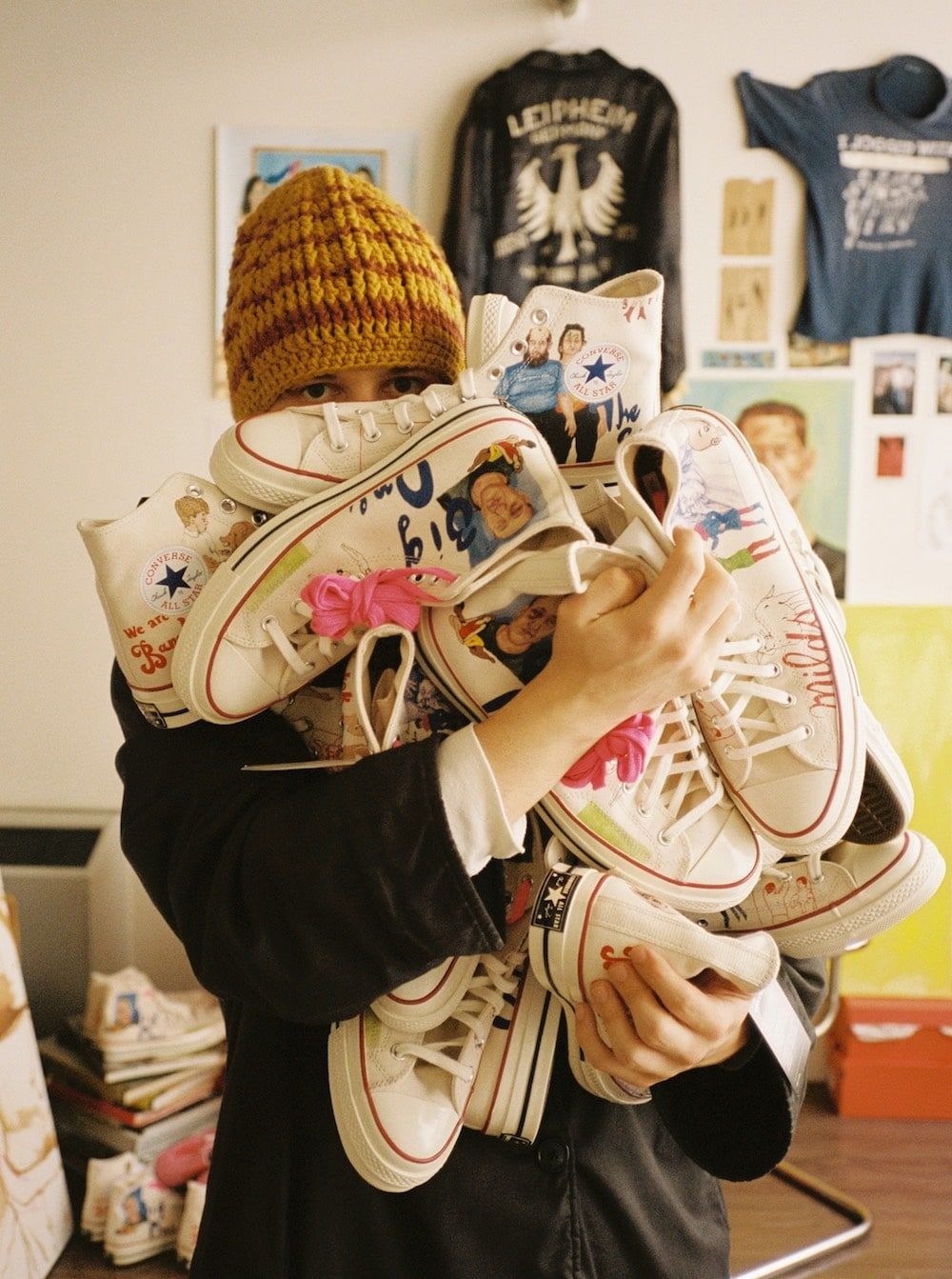 The launch photos for Converse Artist Series Presented by Tyler, The Creator were created by McMullen at his home in Los Angeles, in support of Converse’s new #CreateAtHome campaign, which encourages the creative community to share their talent on social networks for the opportunity to work with Converse on the creation of branded content and campaigns.

Converse Artist Series Presented By Tyler, The Creator is available at converse.com for €110.

Vans and Civilist go back to the roots with this collection
The new Rick Owens x Converse are (almost) here
Cardi B and Reebok unveil the Classic Leather Cardi
Vans and Metallica celebrate 30th anniversary of their Black Album
Reebok and MADWOMEN announce first product collaboration
Vault by Vans & Bedwin & The Heartbreakers: an ode to textile heritage
Discover the most retro sneakers by Dior
Telfar enters the footwear universe with Converse
Vans and Dime team up on a renewed style: the Wayvee
adidas Originals presents the FORUM collection for FW21
GOLF le FLEUR* and Converse meet on a new silhouette
Get ready to shine with these Acne Studios sneakers