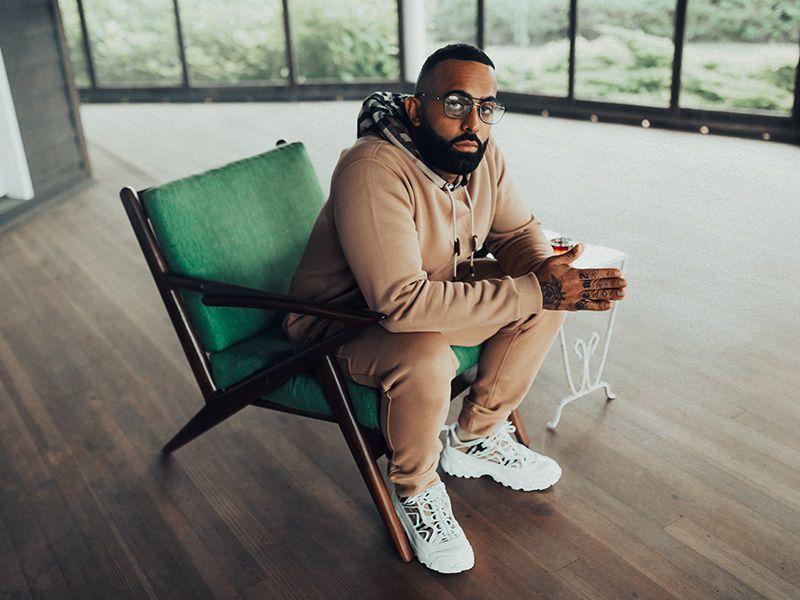 We talk W/ Eladio Carrión: “Sauce Boyz II is the album of my life”

Eladio Carrión, Latin Grammy nominee for best album for Monarca, has released “Sauce Boyz II”, his third album this year, and, in his own words, “the album of his life”. In the middle of his Spanish tour, we talk with him to find out what’s behind the artist of the moment. 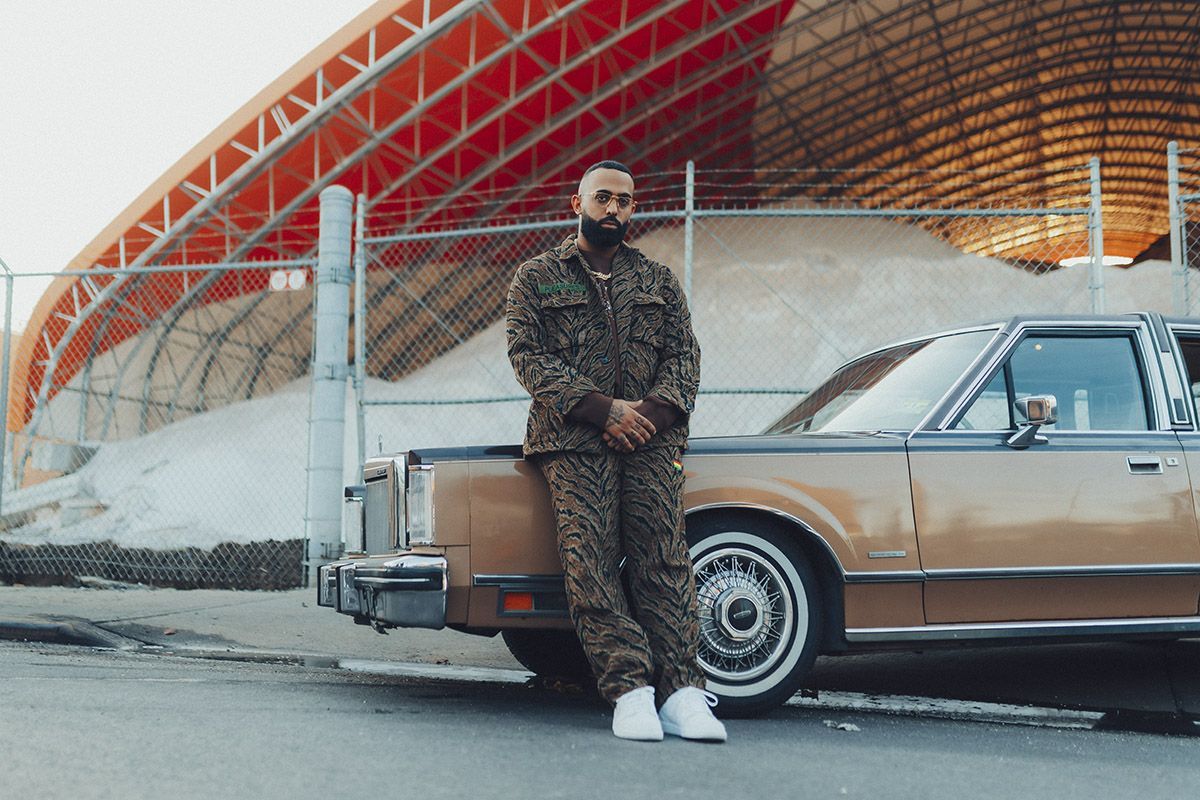 Highxtar(H)- How is the spanish tour going?
Eladio Carrión (E.C)- Everything I expected and more. They have been waiting for me here for a long time and it has shown in the shows. I came recently to make music with Morad and Beny JR, and it is true that since I have released music with them I have noticed the difference. The pressure is also greater.

H- We have also seen that you have been in the studio with Rels B, is something coming out with him?
E.C- There will be a song with him for the album. He is a tremendous human being, a super easy person to be around. It was super easy to do something with him.

H- What has it been like to release 3 albums in the same year?
E.C- I really enjoy making albums, I feel busy during the year. I never thought I would release 3 albums in 1 year, in the end I like putting out music, it keeps me busy. I put out so much music that it got to a point where I said “come on, let me put the songs out” so…. here they are!

H-Is this the best album of your career, what makes it different from the rest of Eladio Carrión albums?
E.C-  Sauce Boyz II is the album of my life; it has everything, you know what I mean? Monarca is more trap, SEN2 KBRN is more freestyle, but they are not complete albums. Sauce Boys II has everything: trap, reggaeton, ballad. I have been faithful to trap because in the end 15/22 tracks of the album are trap, the other 7 are commercial but in my own way.

H- Have you opened up more to Reggaeton in this album?
E.C-   I like it always. Sauce Boys I had “Lluvia”, funk style, then Sauce Boys II includes this kind of songs, but you know what I mean. So many hours one improves… 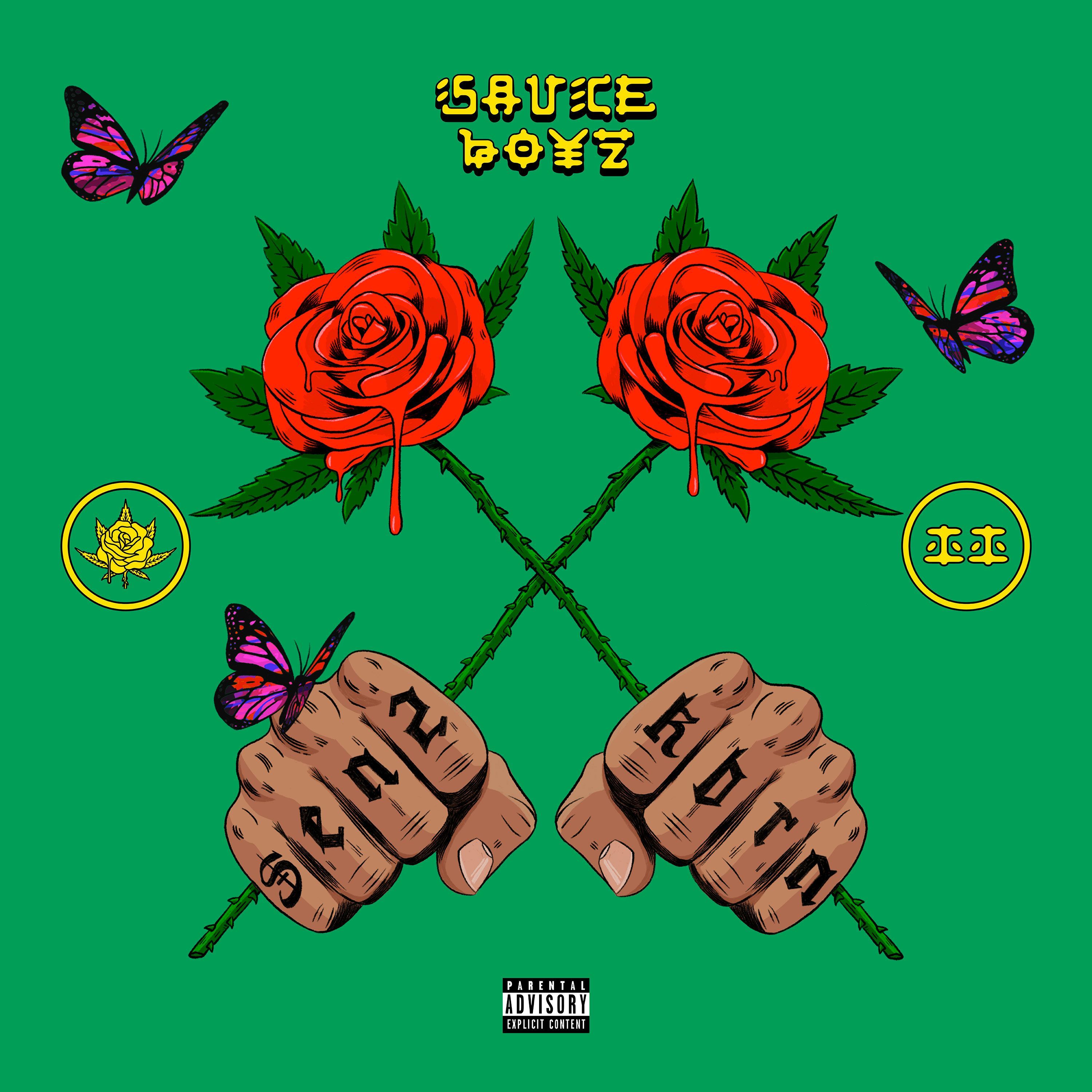 H- Are you going to take a break after this frenetic year?
E.C- Yes, but I’m going to keep working. Even if I’m not making music, I will do other things. Although in the end I always say I’m going to rest and in the end I never rest, I’m always making music. Maybe I won’t release so many albums next year; maybe instead of 3, 2, or maybe small EPs. I would like to put more love into the videos.

H-Do you think that visuals nowadays have a lot of weight in an artist work?
E.C- For me at least, I like to focus on the visuals as well. Right now I’m in the auditory, that people listen to me, because there are so many topics…. but yes, I also like to give that space to the videos.

H- You have become one of the greatest exponents of Latin TRAP worldwide. How do you see the genre nowadays?
E.C- Right now trap is doing very well, there are many kids that are giving it hard, and the public is asking for it. People like to trap bro…I feel that trap stuck in 2016 because of the controversy, because of the expressiveness, but now it’s more because people are sitting down to really listen, that’s why the artists of the genre are sticking. People want to know our slang, they are more attentive to the production as well…

The musical product today is more carefully driven, in terms of production you have to give something more complete to the public, because otherwise you sound the same as everyone else.

H- Would you like to collaborate with more artists from Spain?
E.C- Don’t worry, if I want to collaborate with someone I will do it. I am not proud. When I really love someone, like with Morad and Beny JR, that I listen to in my car and so on, I have no problem to throw him. All the collaborations I want to do right now are being done.

H-The track with Bizarrap, how did that come out?
E.C- You know he and I always talked but in the end it has to come from him telling you, right? And when he told me it was like “let’s break that session”. He wanted to show me, because I understood that that session is very special. What he did with that was brutal. He took a lot of people that were only known locally and put them in the world spotlight. So, it was freestyle that I liked and I felt it had to be the first one from Puerto Rico and it happened, so blessed with that.
On the album we have another little song with Duki. Biza is a machine, the guy knows what he is doing.

H-Your fans know that you were an Olympic swimmer but many people don’t know this side of you, what has sport brought to your career as an artist?
E.C- Sport has made me understand that discipline is key in everything. It is also very important to know how to set goals. Athletes will always have a plan to reach their goal, because they go through a very hard evaluation period, right? They are always visualizing the end, so now I do the same: I evaluate and see the path. Understand that achieving goals is real, as crazy as it sounds, if you work hard enough, it is possible.

Everything happened so organically that …. I don’t know. Little by little I was doing little things with music, first musical parody, imitating artists, until the artists called me to write their songs, and that’s how the thing started. At that moment I visualized, and I knew it was going to be difficult, but I jumped into the pool. I set a time limit, I told myself “if I don’t hit a song in 2-3 years, I’ll quit and stay writing”; that was my realistic time. And I hit.

H- Do you still write for other artists or do you only write for yourself?
E.C-  I do, once in a while I do, but super special occasions. It has to be something that motivates me to work on it as if it were an Eladio Carrión project.

H- Does Eladio Carrión respect a person who writes his own lyrics and a person who doesn’t?
E.C- My point with that is that an artist who writes his songs can have the same prestige as one who doesn’t because at the end of the day you are an artist, and you have to know how to sell your product. Maybe the one who writes his songs does not know how to sell himself as well as the one who does not. To be an interpreter of a song that someone else has written, you also have to have talent.

There is just a certain kind of prestige in writing your own songs.
What I’m saying is that you can’t put so much guille on yourself. You can’t say you do it when you don’t do it.If you don’t do it you don’t do it, and I respect your joseo, but don’t play with facade. 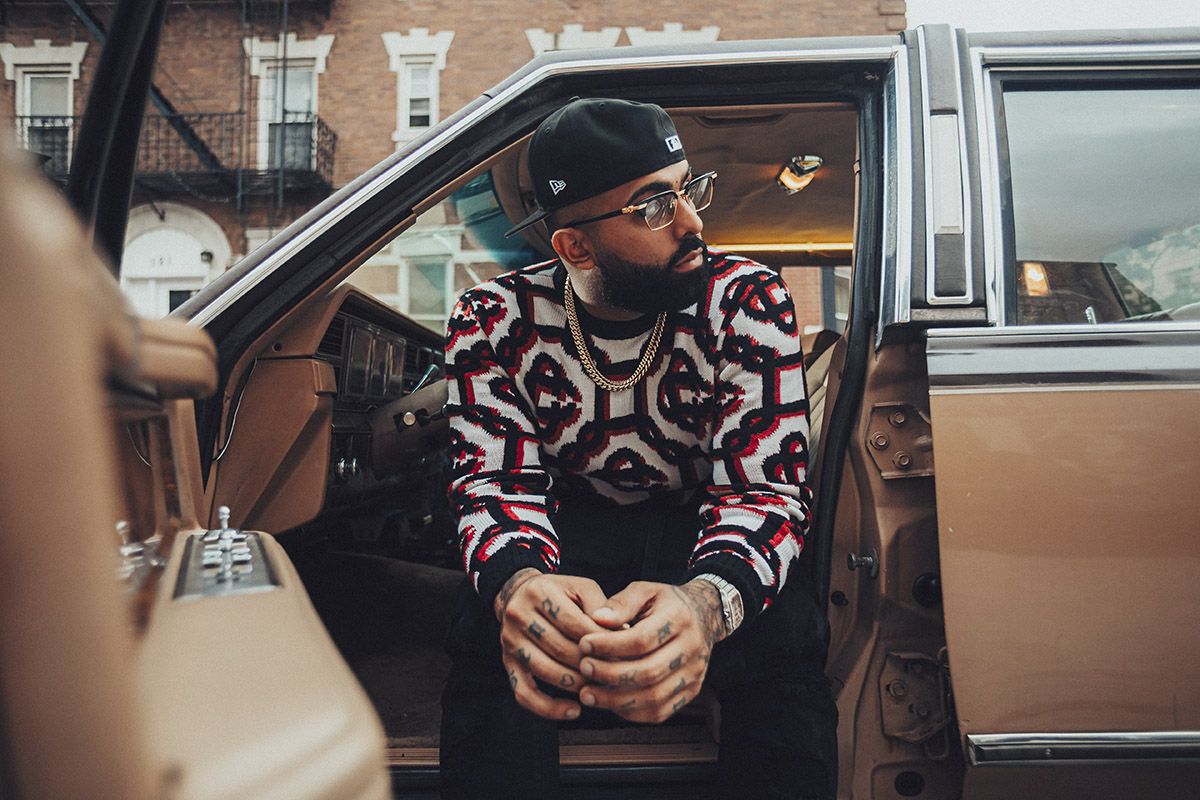 H-Appearance in this world is very common, do you worry about it affecting gender?
E.C- Not everyone is the same. At the end of the day, I don’t care, if it makes them happy…then let them do it. A lot of people that do it is because of that, because they understand that the general public sees that and says “wow, how cool”, and it makes you want to consume that person.

H- Do you think that social media plays an important role in this appearance?
E.C- Social media are a double-edged sword. Social media helps a lot in the promotion of music. But at the same time it has created a world apart and you have to understand that it is a world apart.
If it weren’t for my fans, I wouldn’t have social media. If I could send a text message to my fans telepathically every time I release a song, I would do it and delete my social platforms.

H- Do you get a lot of hate?
E.C- I don’t really get that much hate, or I just don’t see it. There are always going to be haters, but love is always more.

H-  How has it been to be nominated for best Latin album alongside your peers like Bad Bunny or Ozuna?
E.C-  It’s hard because this year there were all my friends, the ones that came out of Soundcloud, that we saw each other in the studio. That’s when I realized that we are really raising the level of music. More than anything, it was very nice to see that.

H- I would like to ask you about your community, you recently did a Softball event together with the Rimas foundation, and you fed thousands of people, are you going to keep doing things for the community?
E.C- I already have things pending with the Rimas Foundation. We have a veil for the puppies, and what we have done this year we will continue to do, and if possible bigger and bigger.

Sauce Boyz II by Eladio Carrión is available on all platforms.

Bad Bunny reinvents the adidas Originals Response CL
Bad Bunny welcomes 2022 via TikTok
Discover SINOBI, the Japanese-inspired footwear brand that combines design, health and sustainability
Bad Bunny becomes a new Simpsons’ character
HIGHTALKS. VOL.11 – Jhay Cortez
Emma Brewin is the designer behind this winter’s most famous hats
Virgil Abloh dies after a private battle with cancer
The fascinating story behind Von Dutch: icon or curse?
Burberry sets up an imposing pop-up on Jeju Island, South Korea
Here it comes “Instinto”, the awaited collaboration of YENDRY & J Balvin
Meta is getting closer and closer to get the gloves that will make you feel the objects of the metaverse in reality
Virtual fashion or cryptofashion: the industry’s new gold mine?