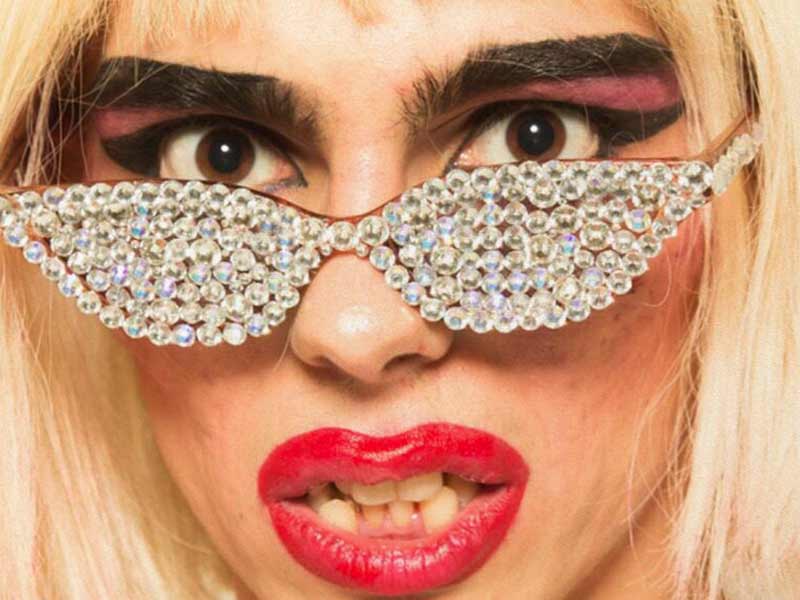 This month of Pride 2021, Absolut has launched a campaign focused on highlighting the need to continue claiming the rights of the LGTBIQ+ collective with the activist, actress and singer Samantha Hudson as the protagonist. We talked to her. 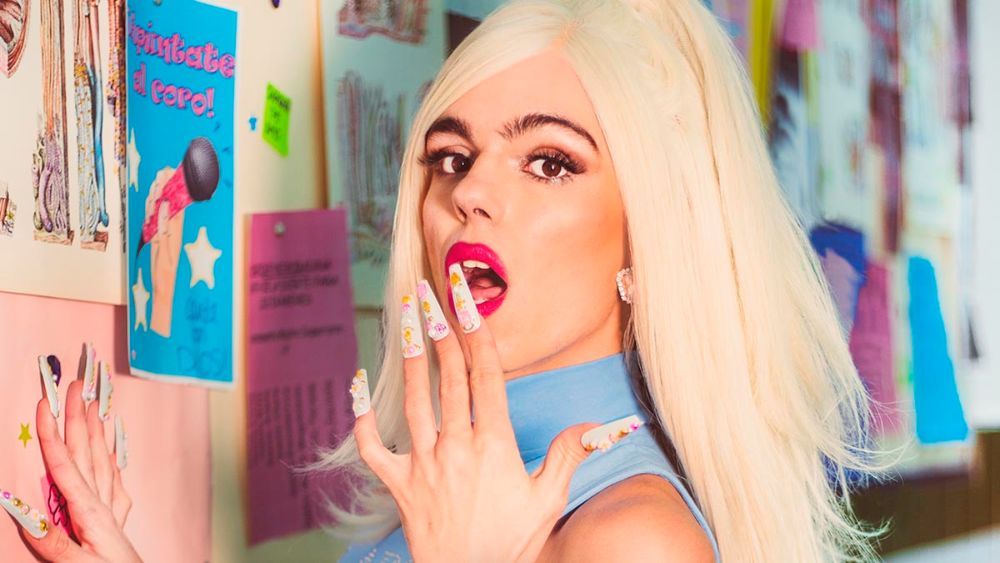 Absolut has been showing its support for the LGTBIQ+ community since the early 1980s. In this new campaign, its action focuses on celebrating the progress made, but also on highlighting all that remains to be done. The data seem optimistic: Spain is shown as the first country in LGTBIQA+ tolerance and the second in Europe in acceptance of same-sex marriage according to the Eurobarometer on Discrimination 2019 and the EU LGBTI Survey II. In terms of percentages, the reports reveal that 91% believe that LGB and heterosexual people should have the same rights, that 81% are not bothered by public expressions of affection between two women, or that 75% would not mind having a transgender person as in-laws. 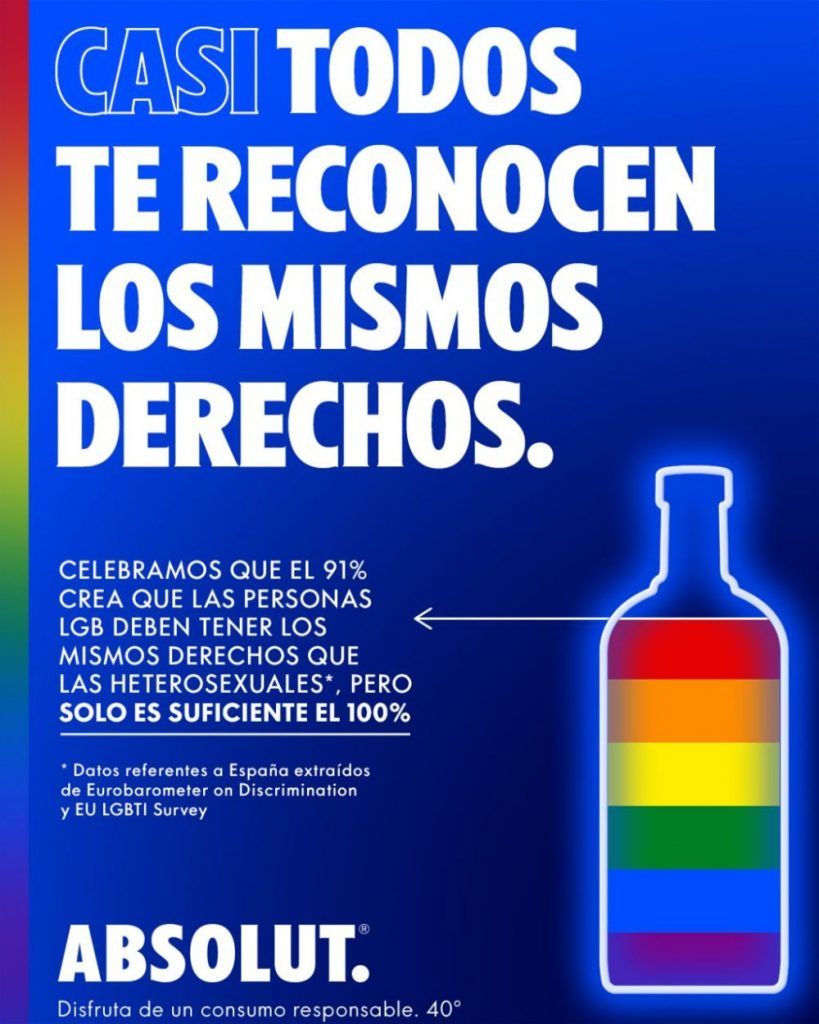 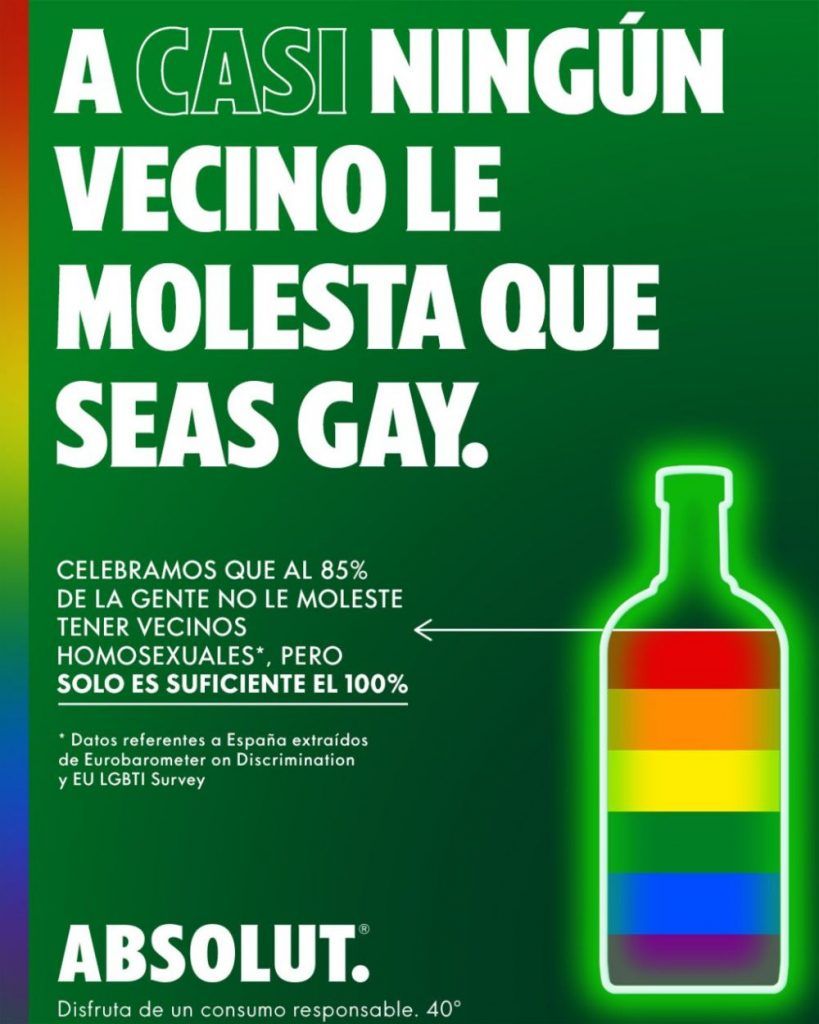 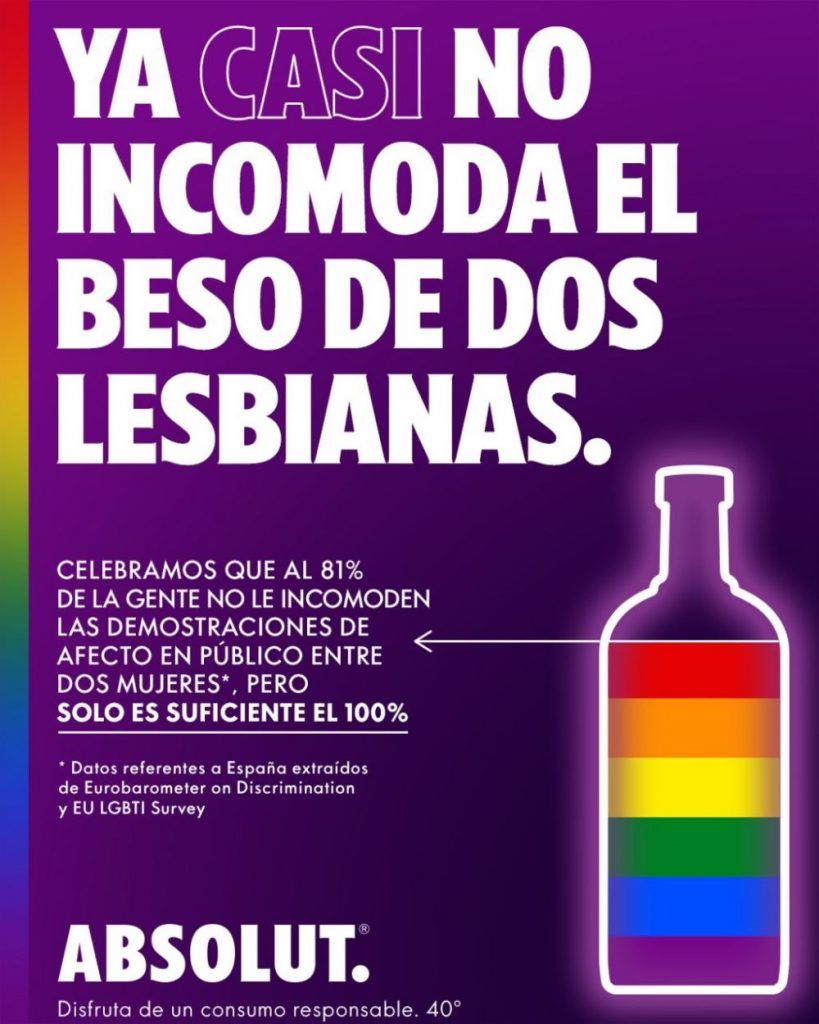 But that is not enough. Only 100% is enough. LGTBIphobia still exists and there is still a long way to go. To prove it, Absolut has teamed up with the iconic Samantha Hudson (@badbixsamantha), one of the most relevant figures in terms of LGTBIQ+ activism in our country.  In the campaign video, the performer brings to life the two presenters of an LGTBIQ-themed news program called Absolutamente Samantha.

Samantha Hudson’s video with Absolut comes on the heels of the release of her latest single, Disco Jet Lag, alongside La Prohibida and Putochinomaricón. The artist’s third track with Subterfuge celebrates cultural divergence and points out the ravages of club culture. And she does it accompanied by several queer icons and drag artists in a fascinating video clip.  At HIGHXTAR. we had the pleasure of speaking with her to get her vision of the LGTBIQA+ scene and find out what she has in store for the future. 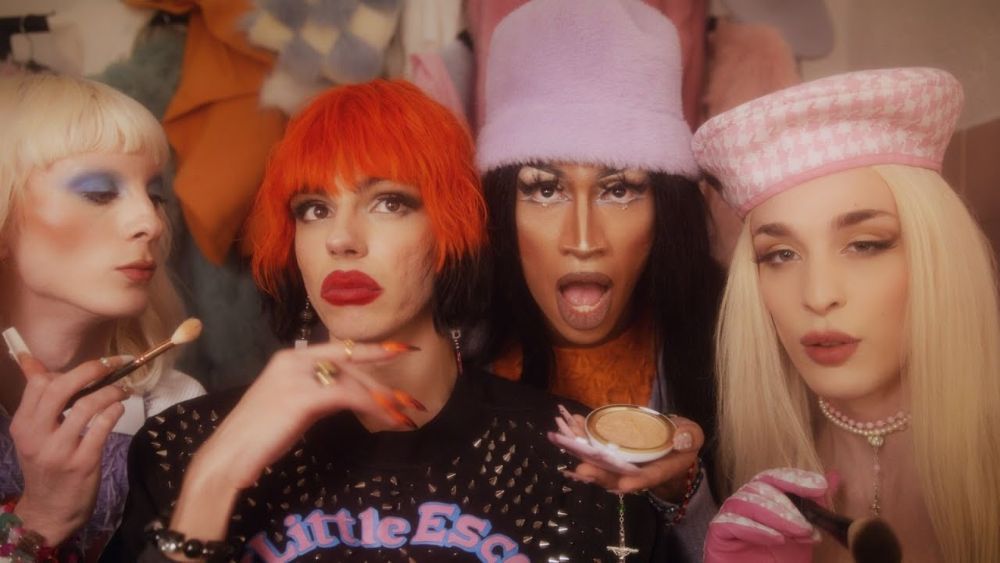 Highxtar (H) – Is there a greater involvement in this Pride than in previous years?

Samantha Hudson (SH) – I do not know if it is exactly that there is a greater involvement in this Pride compared to previous years or rather that social issues and the demands of the collective have made the leap to the general public. I think LGBT has reached the mainstream, companies are interested, there are more and more collaborative fictions that address the LGBT issue, there are more and more LGBT people in campaigns, in advertisements…. That generates a feeling that there is a greater collectivity, a greater involvement on the part of the whole society. But I don’t think there is more involvement or more respect. I think we are more visible, but there is still a long way to go, especially at the institutional and political level.

(H) – Is there greater visibility of certain LGTIBQ+ identities, such as transgender, which previously remained more in the shadows?

(SH) – I think that without a doubt this year has been the year of gender, of gender identity, of transgenderism, of the trans issue, of non-binarism. And that is perhaps due to the fact that we are already advancing in other areas, in other letters of the LGBT, and as a layer of the issue is normalized, other demands are emerging and attention is being paid to them. But trans has always been on the table, or at least within the collective we have tried to keep it there. Without transgender, queer and racialized people there would be no Pride.

(H) – How do you see the future or the evolution of LGTBIQ+ activism?

(SH) – I predict that LGBT still has a long way to go and a lot of war to go. I think there will be a kind of boom and surely it is due to all that the ultra-right sectors are growing in our country. If we have always been trying to have our human rights guaranteed, trying to get the State and the institutions to listen to us, I believe that now there will be a response. The more they grow, the more we will fight. 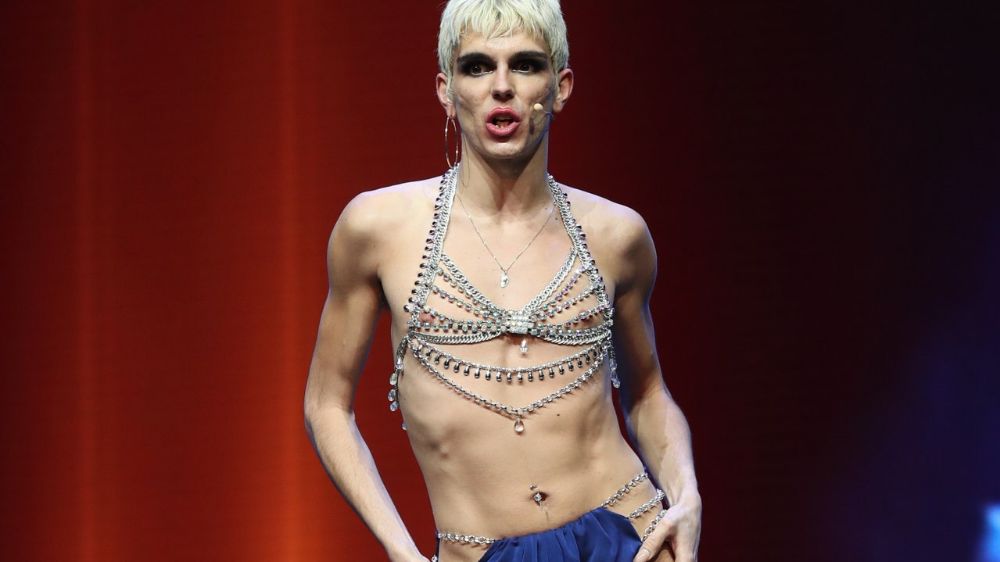 (H) – In Absolutamente Samantha, the two Samanthas show different visions of the same reality. One is more idealistic and focuses on the achievements made, the other points out that the data are not as good as they seem. Is the first Samantha’s view, more self-congratulatory, pernicious? Can having such an optimistic attitude be a hindrance to the collective’s progress in terms of rights?

(SH) – In my humble opinion, the most virtuous and coherent thing you can be in life is balanced, because in balance is virtue. Neither super optimistic and happy flower nor super doom and gloom. I think what the campaign is trying to say is that you have to combine the two attitudes to have a really critical view of reality. We must rejoice for the achievements that are being made, but at the same time we must not forget that there is still a long way to go and that we cannot confirm ourselves with the crumbs, with the rest of the leftovers.

This is like a toxic relationship. After having been in such a hostile and unfavorable context, when someone treats you minimally well and behaves like a dignified, decent and coherent human being with you, you are infinitely grateful because you believe that this is a luxury, a gift, a gift to you. The same thing happens with the fight for the rights of the LGTB collective. There is a lot of condescension when it comes to guaranteeing us rights and we feel that this is a “que viva la Pepa”. They have given us a Trans Law and thank God we have this. But we are not demanding privileged treatment or an advantage, we are demanding to be at the same level.

(H) – “What is really needed is for diversity to become a 100% reality”. Do you think we’ll get there soon, and at this point is it possible to experience a setback?

(SH) – When we talk about regression, we always imagine it in a literal way, like going back to the stone age or back to the Middle Ages. But I believe that we can go backwards in terms of rights, that we can retrace a path, betting on a rather retrograde proposal. Many of the freedoms that we have achieved in recent years can be cut back. But if there is something about history and its course is that it is linear and always goes forward, or at least I see it that way. So it’s never going back to exactly the same point, because you would go back to that point with everything we have learned and all the messages we have internalized to date.

(H) – Can you tell us a little bit about what we will see from Samantha Hudson in the near future?

(SH) – I can tell you that there are going to be a lot of surprises, I’m going to be in your soup! I hope no one will get too much of a crush on me. But, for the moment, many shows, some single maybe for September, a future new album with a lot of songs much more wild and much more badass than the ones I have now, and high doses of Samantha, as I have been offering up to date and as I will be offering possibly until the day I die. So… We got to keep in touch! Stay tuned and don’t let me out of your sight.