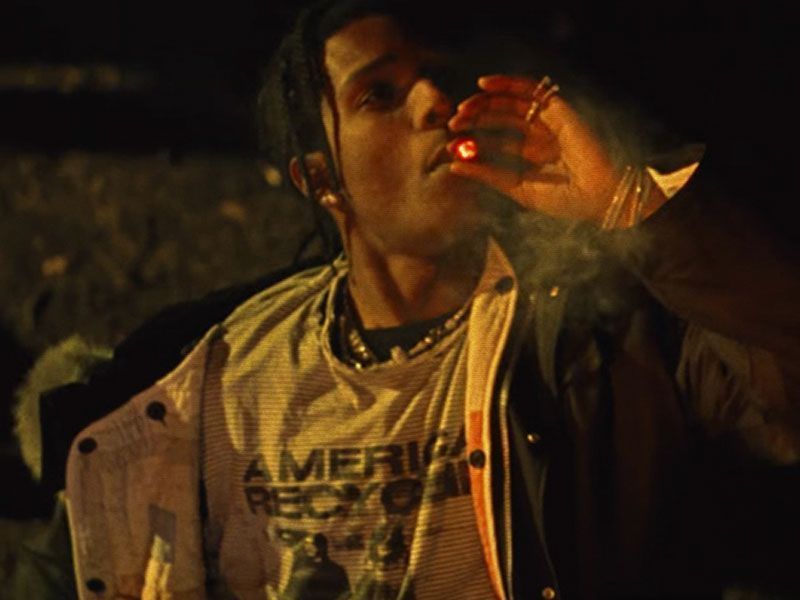 Mar García (@margarciazarco) | A$AP Rocky has returned and he does it premiering his new song accompanied by a video clip, “A$AP Forever” is the first official single of his fourth album that is supposedly going to be called “Testing” and the release date is still unknown.

“Man I just run with the gang, A$AP boys came with the flame / Gang! Gang! They talkin ‘down on the gang “ the Harlem singer reminds us of where the members of A$AP Mob come from, the New York gang that was created by A$AP Yams who died in 2015 of an overdose, causing Flacko to become the new leader.

The audiovisual piece, directed by Dexter Navi (@dexternavy) gives us a false sequence shot, with shots in the streets of New York accompanied by the members of the group, the second part of the song is a tribute to the mythical video of “Porcelain” by Moby (from whom he also takes the samples), starting in the same way with a close-up of one eye, but in this case that of A$AP Rocky.

“For this new album, I really want to try new sounds, people are afraid to try new things, so they follow trends or continue with what they know will work because that is always the easiest thing to do. That’s why we always find the same type of music in the Top 100. People do that because it’s what most people listen to, I prefer to experiment to expand my audience and reach new people, I do not rap, I make music, that’s why I take more time, the sounds of this new album represent me.” A$AP Rocky said in an interview.

The last album he released was At. Long. Last. A$AP in 2015, but has already announced that we will listen to their new songs sooner than we think. A$AP Rocky will present his new album at Primavera Sound on Saturday, June 2.

A$AP Rocky will release a documentary about his arrest in Sweden
The new A$AP Rocky’s grillz
The heavenly union of Marine Serre and A$AP Rocky
The Gucci Tailoring party with Iggy Pop, A$AP Rocky and Tyler The Creator
A$AP Rocky and Lil Nas X: the new faces of Fenty Skin
A$AP Rocky uses this pair of adidas under 60 euros