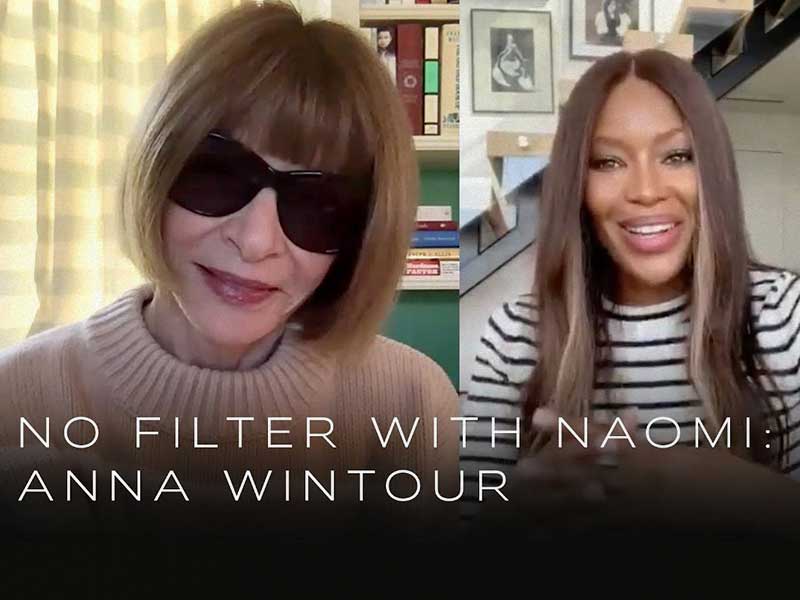 Anna Wintour talks about the future of fashion w/ Naomi 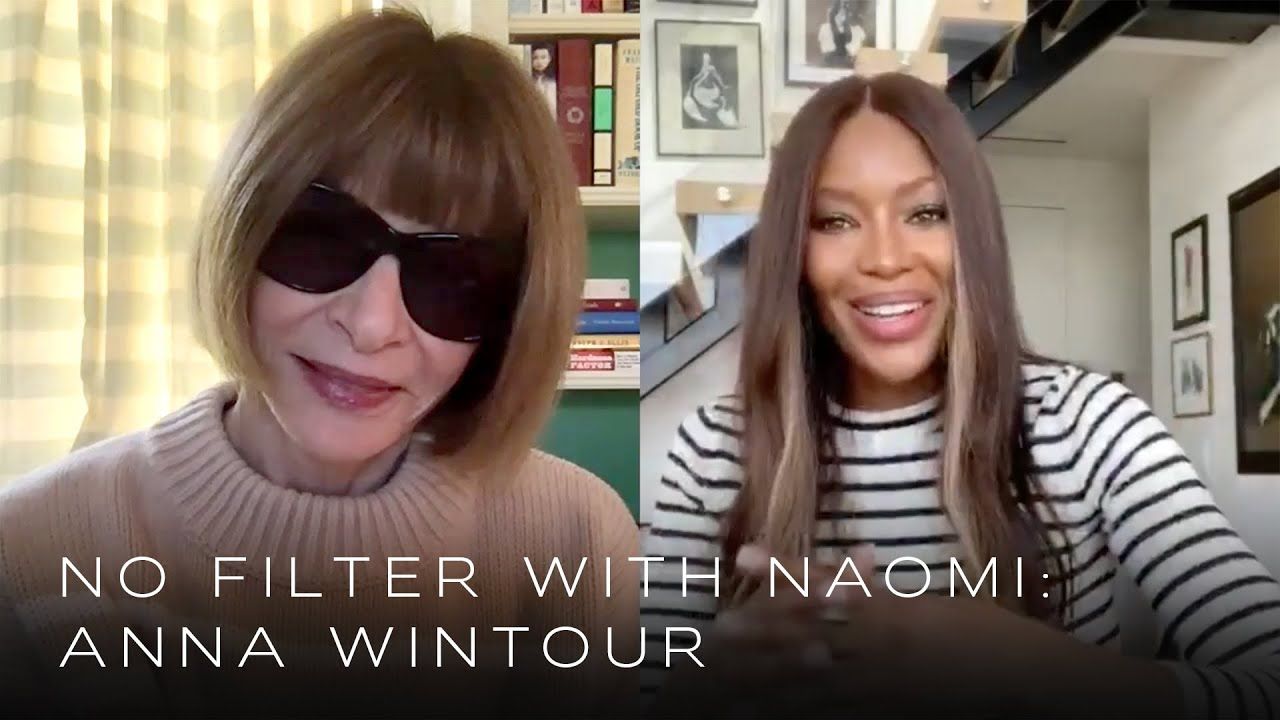 In the latest episode of No Filter With Naomi, the international supermodel, activist and philanthropist invited Vogue editor-in-chief Anna Wintour to talk about the future of fashion and her life during the quarantine. Campbell began the interview by asking Wintour about Vogue and CFDA’s “A Common Thread” initiative. Wintour explained:

“It dawned on us that this [COVID-19] was going to be so much bigger than we thought of at first. After 9/11, the CFDA and Vogue started the initiative called the Fashion Fund which supported young designers. Tom Ford, myself, the CFDA and all of us at Vogue, we decided to take that fund which existed to support young designers and to repurpose it to help those that were struggling because of the pandemic within our community.”.

When they spoke about the changes brought about by the end of the pandemic, Wintour said: “it’s almost like we needed this terrible event to make us really understand it’s not about needing change, we have to change, we are going to change.”

Watch the full interview in the video below:

Vogue, Off-White™ and The MET: The most surprising and unexpected collab in history
Belgian doctors are prescribing museums to alleviate Covid stress
Meet the finalists for the Vogue Who’s On Next 2021 award
Influencers paid to criticise Pfizer’s vaccine
Billie Eilish stuns on the latest cover of Vogue UK
H&M closes 27 of its shops in Spain
Razer presents the Project Hazel RGB gamer aesthetics mask
The experimental concert with 5K people that has revolutionised the industry
Here are the best memes about the end of lockdown
Uniqlo becomes the new leading fast fashion brand
Coachella April 2021 is definitively cancelled
The controversy surrounding Kamala Harris and Vogue USA