After the success of their last collaboration, in which Adidas and Prada combined synergies to redesign the iconic Superstar, the duo is back with a new release. Until now, the news had been kept secret but we finally know all the details. 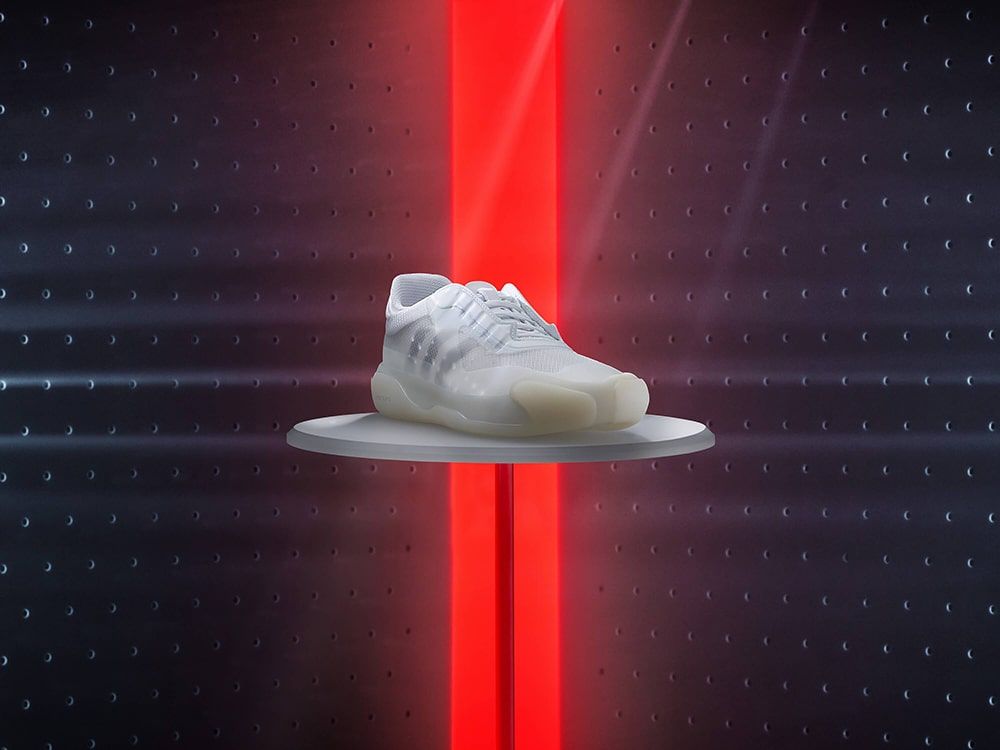 The A+P Luna Rossa 21 were born with the aim of conceiving a design that synthesizes the aesthetics and philosophy of both brands. In them, the sporting legacy, the desire for innovation and the inherited codes with which both Adidas and Prada identify themselves coexist. According to the Italian firm, the shoes have been created for the Luna Rossa Prada Pirelli sailing team. For this reason, in addition to being inspired by previous collaborations, this new model takes the new AC75 Luna Rossa boat as a reference.

And you might ask yourself, what does Prada have to do with sailing? Well, actually, more than you might think. It is quite common to link Adidas with sports life, but what you may not have known is that since 1997 Prada has participated in the America’s Cup in this sport. For this, the brand has a team and a boat named Luna Rossa, hence the name of the new shoes.

This fact has been key in the final result, since during the creative development both design teams worked with the group of athletes to incorporate their ideas and needs to the new model. It was a long process, which lasted about a year, in which tests and meetings were held with the athletes in order to achieve the desired shoe. This path comprised several stages that went from immersion in the archives of each brand to work in the workshops, including the creation of prototypes. 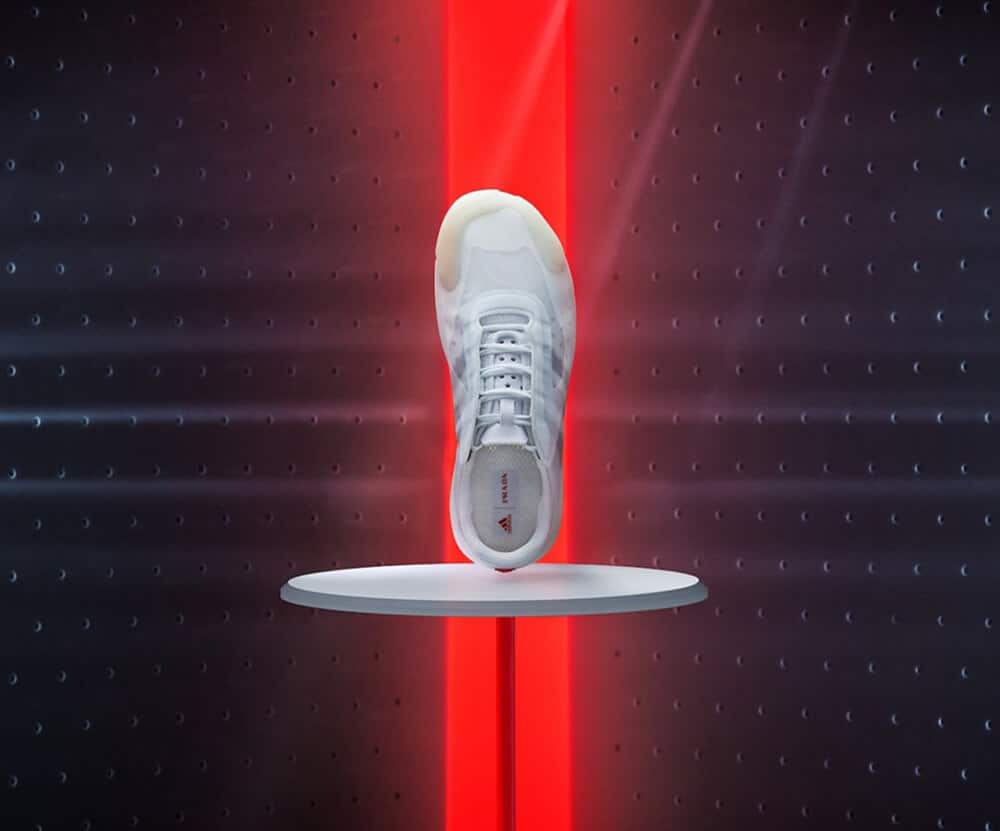 The A+P Luna Rossa in detail

The Luna Rossa 21 A+P were originally conceived for the Prada sailing team but its design moves its use from competition to the street. In this way, the new model brings together the aesthetic codes of each brand and also their seals of identity.

On both sides of the shoe and with a translucent effect are the three classic stripes representing Adidas, while Luna Rossa’s red line marks its territory in the back. This is a model of a technical nature that thanks to its contemporary features is transformed into a fully functional design.

Its silhouette is aerodynamic and lightweight, which provides great stability and flexibility to the barefoot. In addition, Adidas and Prada have not only reflected their sporting vocation in these new shoes. Their commitment to sustainability has also been a key ingredient in the design of the Luna Rossa 21. That’s why this new model incorporates the Primegreen fabric, which features a series of high-performance recycled materials.

But there’s more to it than that. The outside of the shoe is covered by a layer of hydrophobic E-TPU that’s breathable and keeps water out. And the midsole features Adidas’ signature BOOST technology. 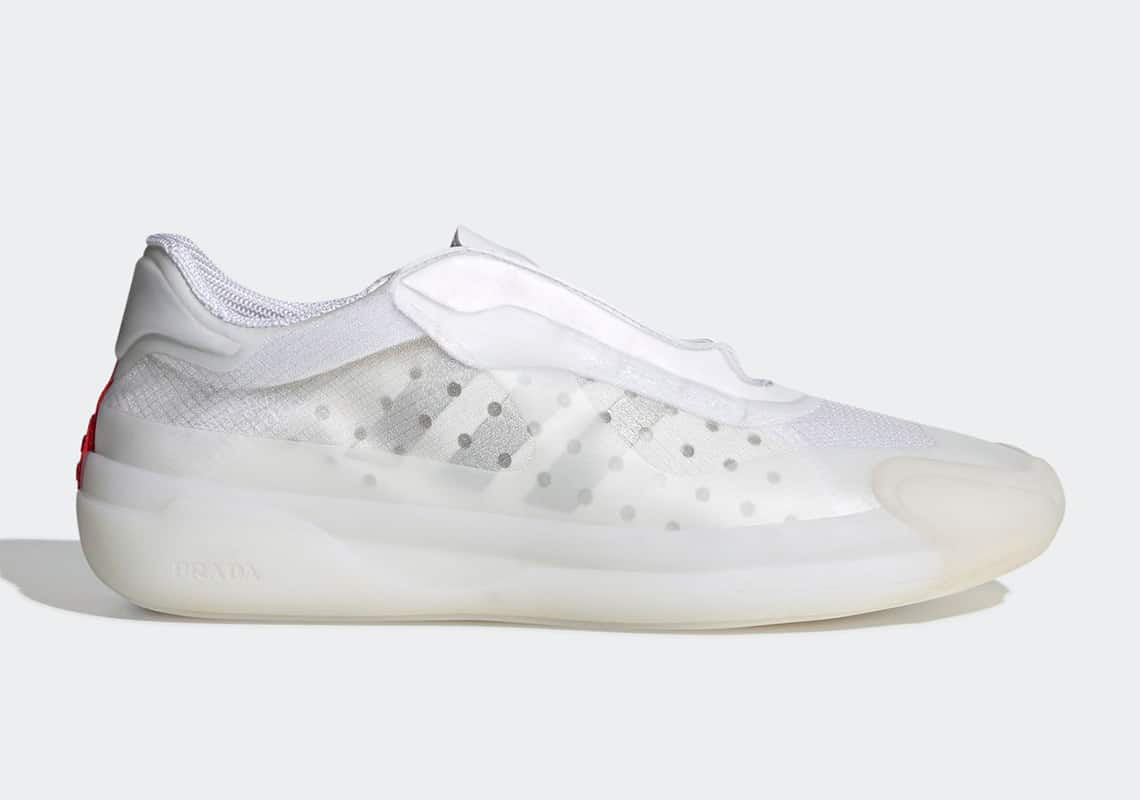 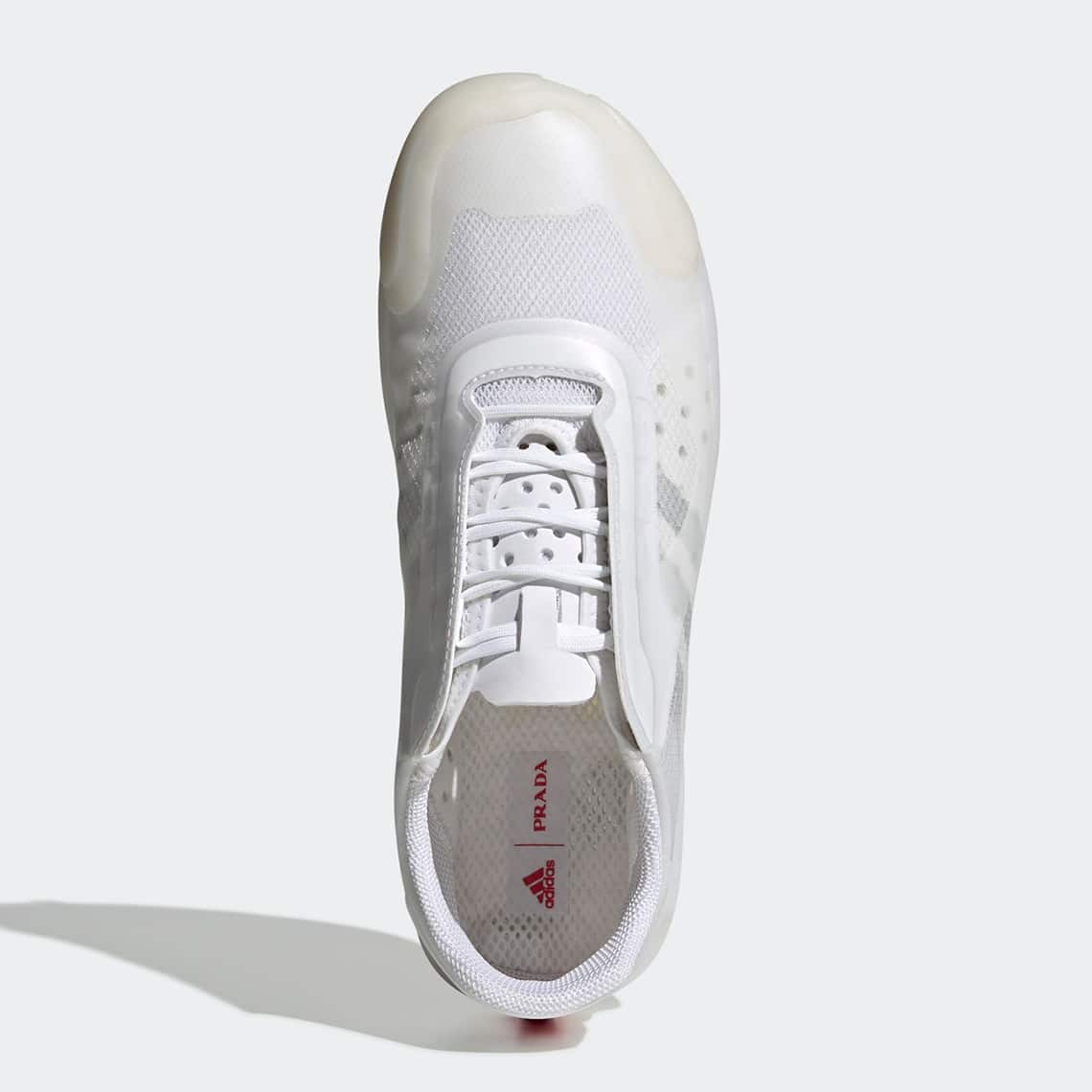 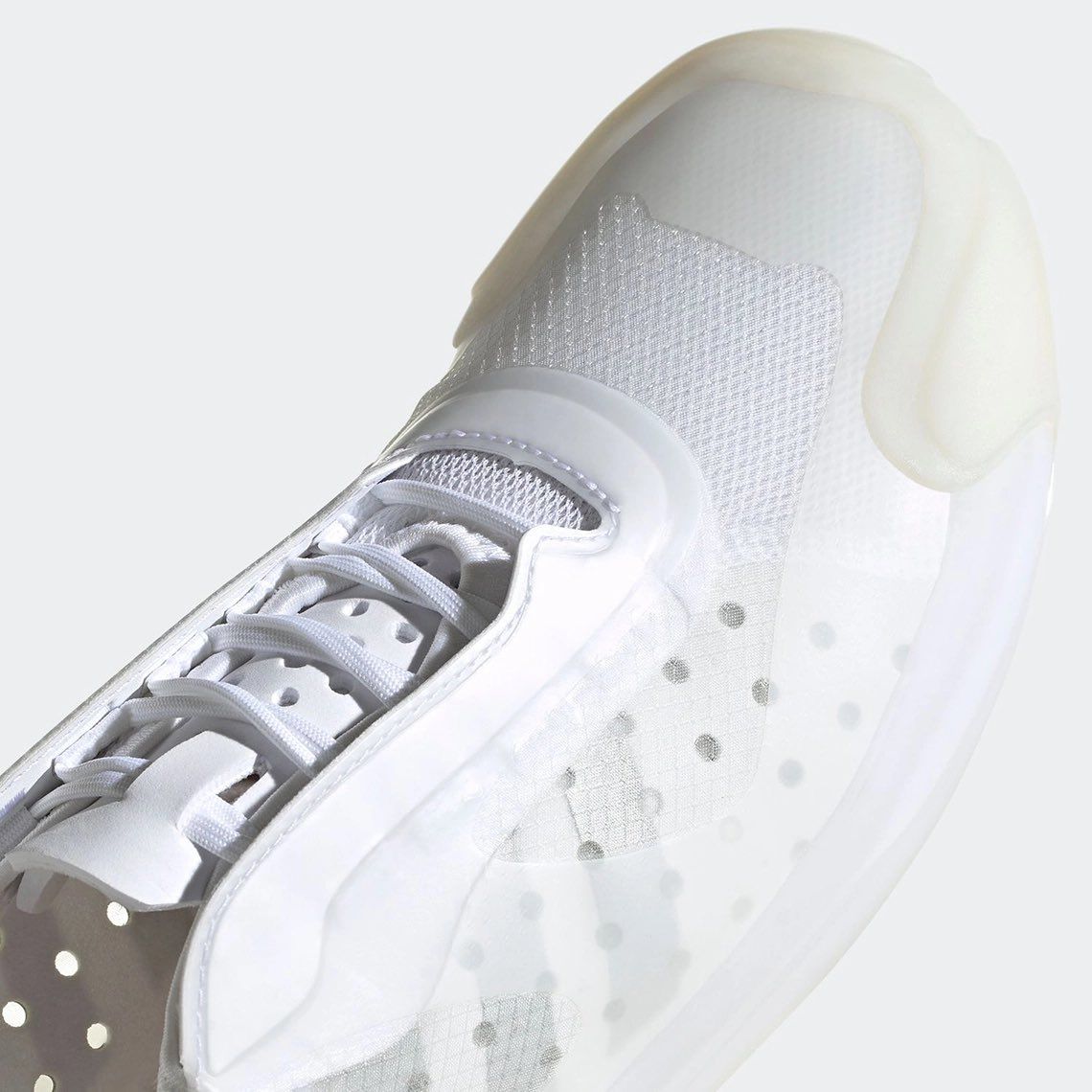 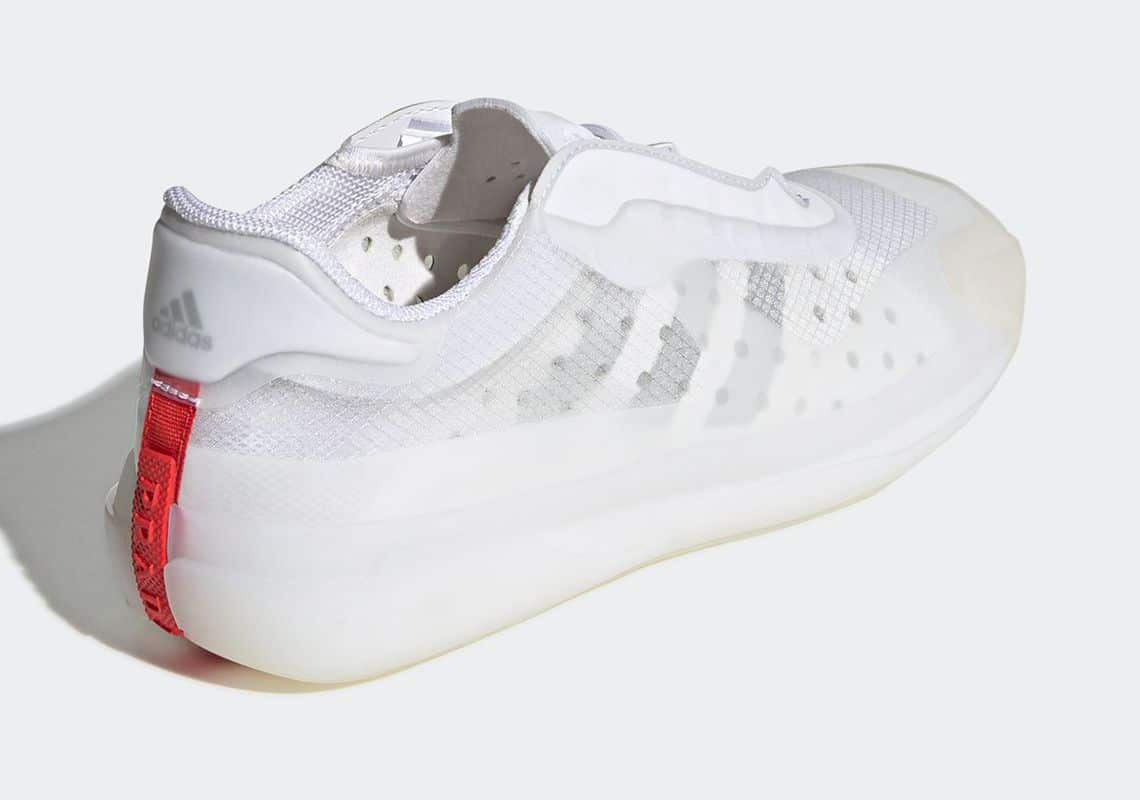 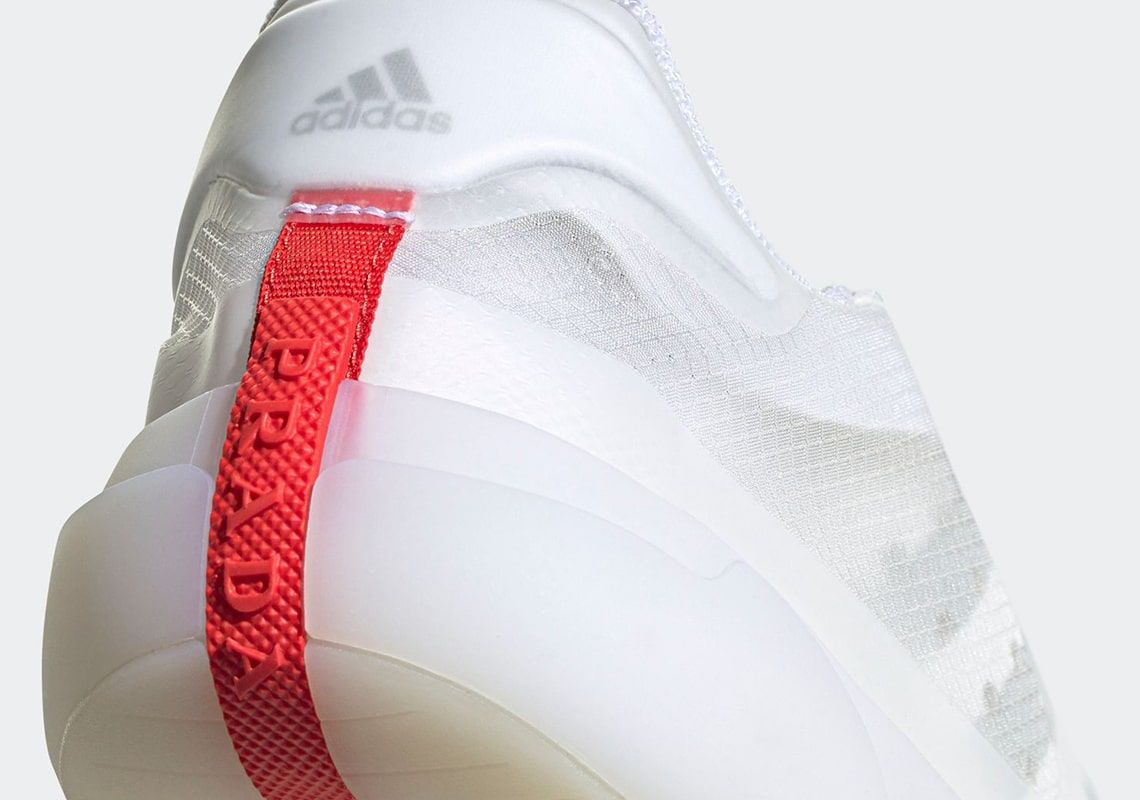 The sneakers will be available starting December 9th, in Adidas’ flagship stores, Prada boutiques and selected stores. You can also purchase them on the Adidas and Prada websites.