In music, as in life, everything comes back and Bad Gyal’s latest single “Flow 2000” takes us back to the golden age of the 00s. The artist returns to conquer us with her new track accompanied by a clip that leaves no one indifferent. 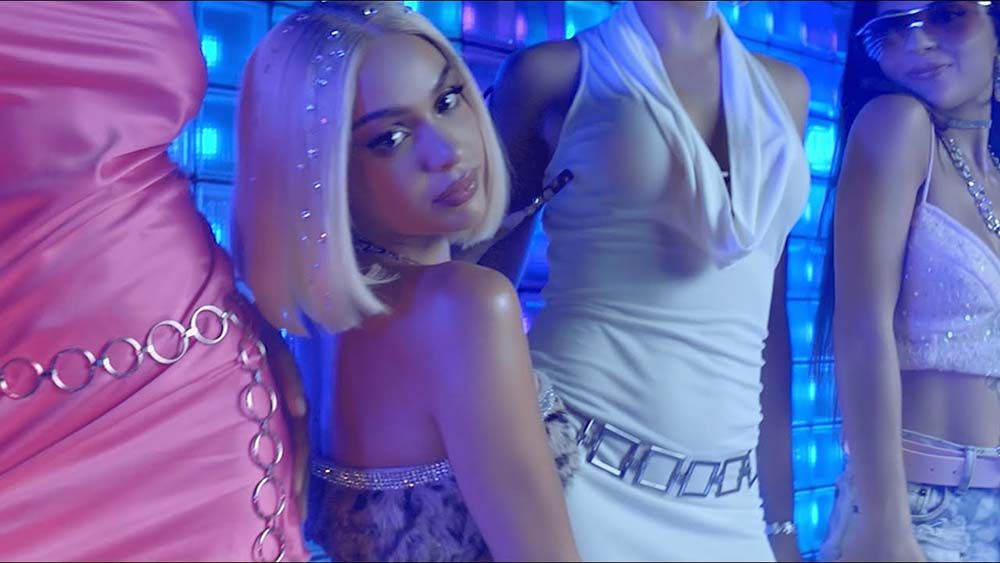 The recently released single “Flow 2000” by Alba Farelo aka Bad Gyal has been on YouTube for 12 hours and already has more than 130 thousand views. The singer is a hit-making machine and has only needed two minutes and thirty-five seconds to generate a huge hit.

The lyrics of this new song were written by the young singer herself, along with Pablo Díaz-Reixa, Pau Riutort and Steven Javier. The production has been in charge of El Guincho, Alecto and rawsanches. All this under the major labels Aftercluv and Interscope, belonging to Universal Music Group.

In the video clip, there are dosmileras references such as the looks worn by Bad Gyal and her friends. The singer appears getting her feet manicured with a couple of bottles of cava while smoking one. She also appears in a nightclub booth while the flashbulbs point at her like the great diva she is.