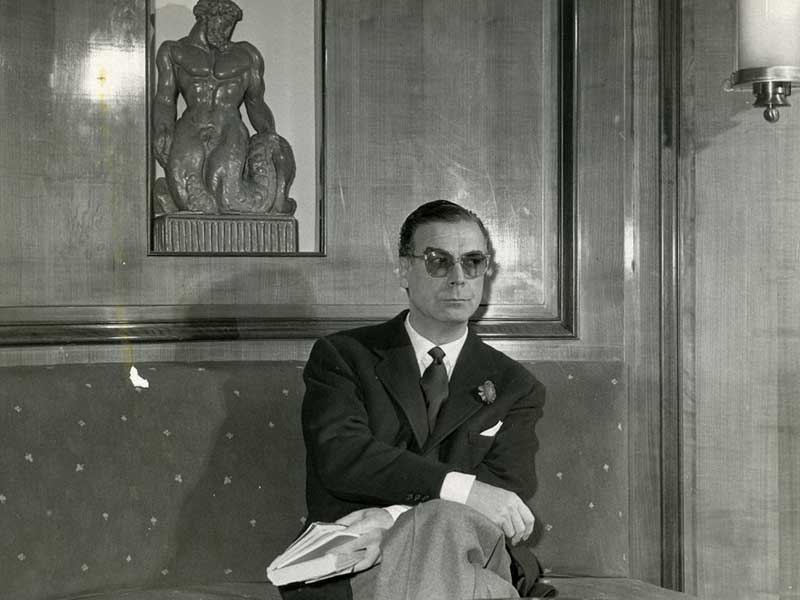 Balenciaga, made in Spain

Unfortunately history weighs a lot, so much so that we lost one of the best couturiers in Spain because of it. It’s very possible that on more than one occasion you’ve read “Balenciaga“, and then “Paris“, but that’s not really the case. 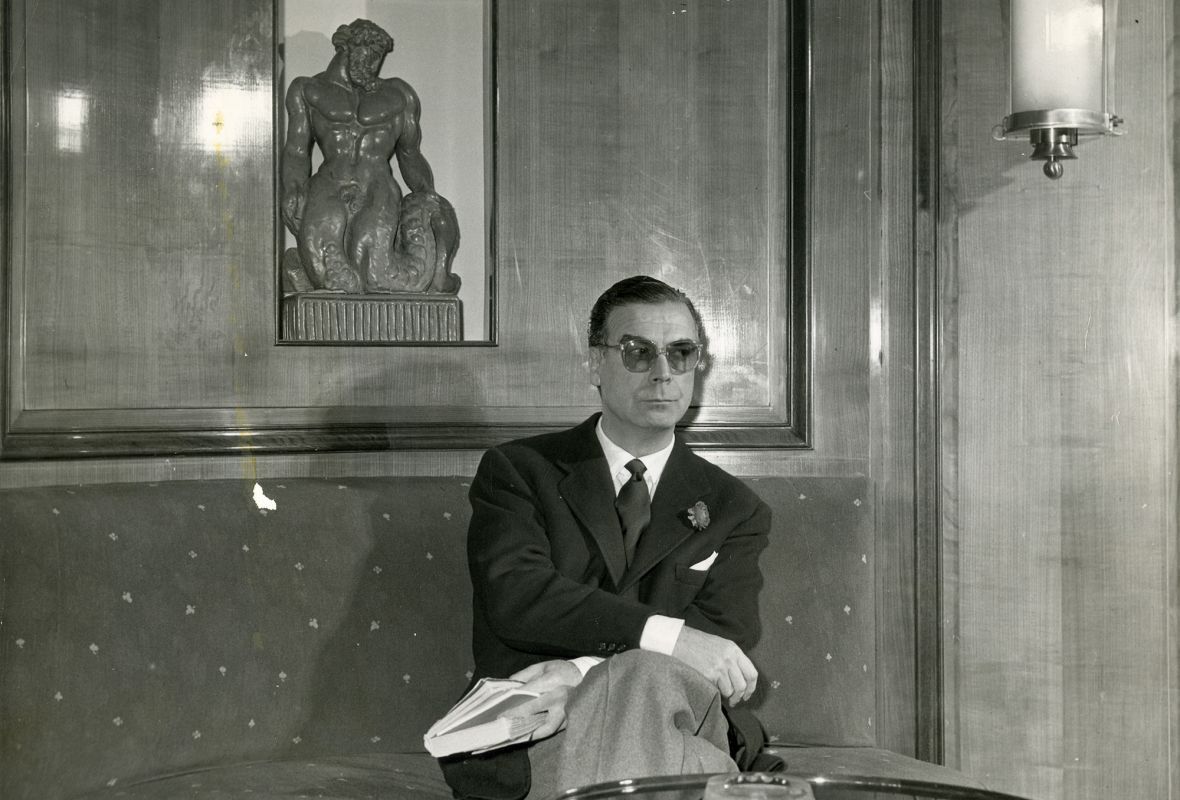 It is true that the firm’s first boutique was opened in the French capital in 1937, but the founder of the haute couture house, Cristóbal Balenciaga, is from Spain, specifically from Guetaria, a town in Gipuzkoa.

In Spain, history is always repeated over and over again, social and political circumstances have meant that today many talented people have had to look for a future outside our borders.

The same thing happened with the Basque designer. His life was marked by contact with fashion from a very young age, his mother taught him the profession of sewing and stitching; it was she who inspired the artist seamstress in his career. Her creativity and skill with the needle gave rise to workshops and businesses of the sector very profitable and recognized in San Sebastian, but the heated social situation and the imminent Spanish civil war, pushed Cristobal to emigrate to Paris, cradle of Haute Couture. It was there, in 1937 when Balenciaga began its international journey. 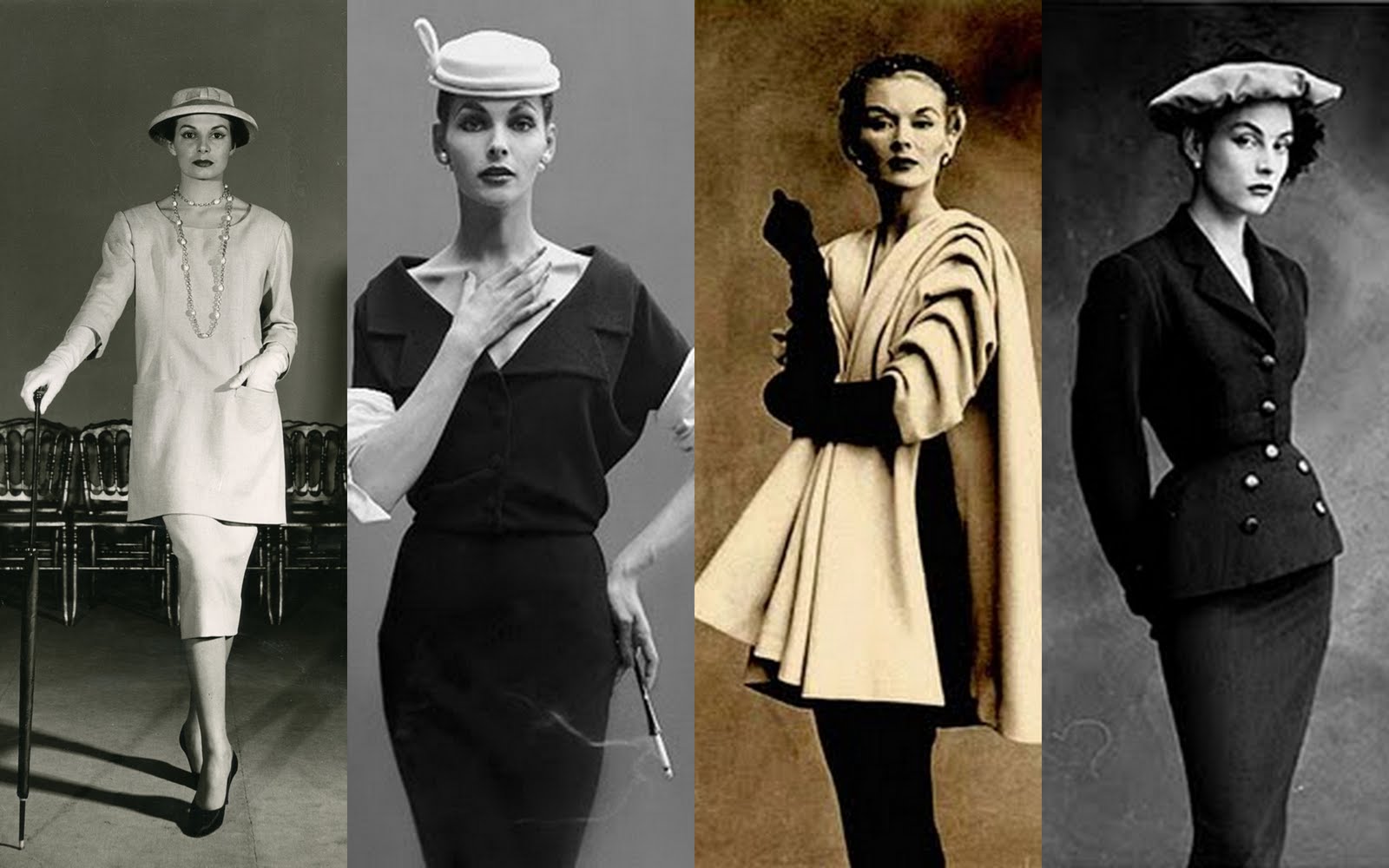 Balenciaga did not let the Parisian dream envelop it. Balenciaga never forgot his roots and his designs were inspired by Spanish pictorial art with Goya, Zuloaga and Velázquez. Bulky and fluid forms conquered the high society, his bullfighting jacket and mantilla were integrated into the trends of the time, revealing in a blatant way his intention to make room among the biggest in the industry and stay until the end of fashion.

Thirty years keeps Balenciaga in command of his flagship. In 1968, Cristobal closes a stage, a life surrounded by meters of fabric and bobbins of thread.

Without its captain the maison remains in latent state until 1987 when Michel Goma tries to wake up to the firm of almost 20 years of lethargy, however, its strategy does not work.

At the beginning of the 90’s the Dutch designer Josephus Melchior Thimister, takes the lead of Balenciaga. He launches a ready-to-wear line without much success. Twenty-five years had to pass since Cristobal left his house, for the maison to recover its old brightness. It is possible that France had to give back everything that Cristobal had given to the city of Paris; the Frenchman Nicolás Ghesquière, only 24 years old, arrives as a necessary hero. 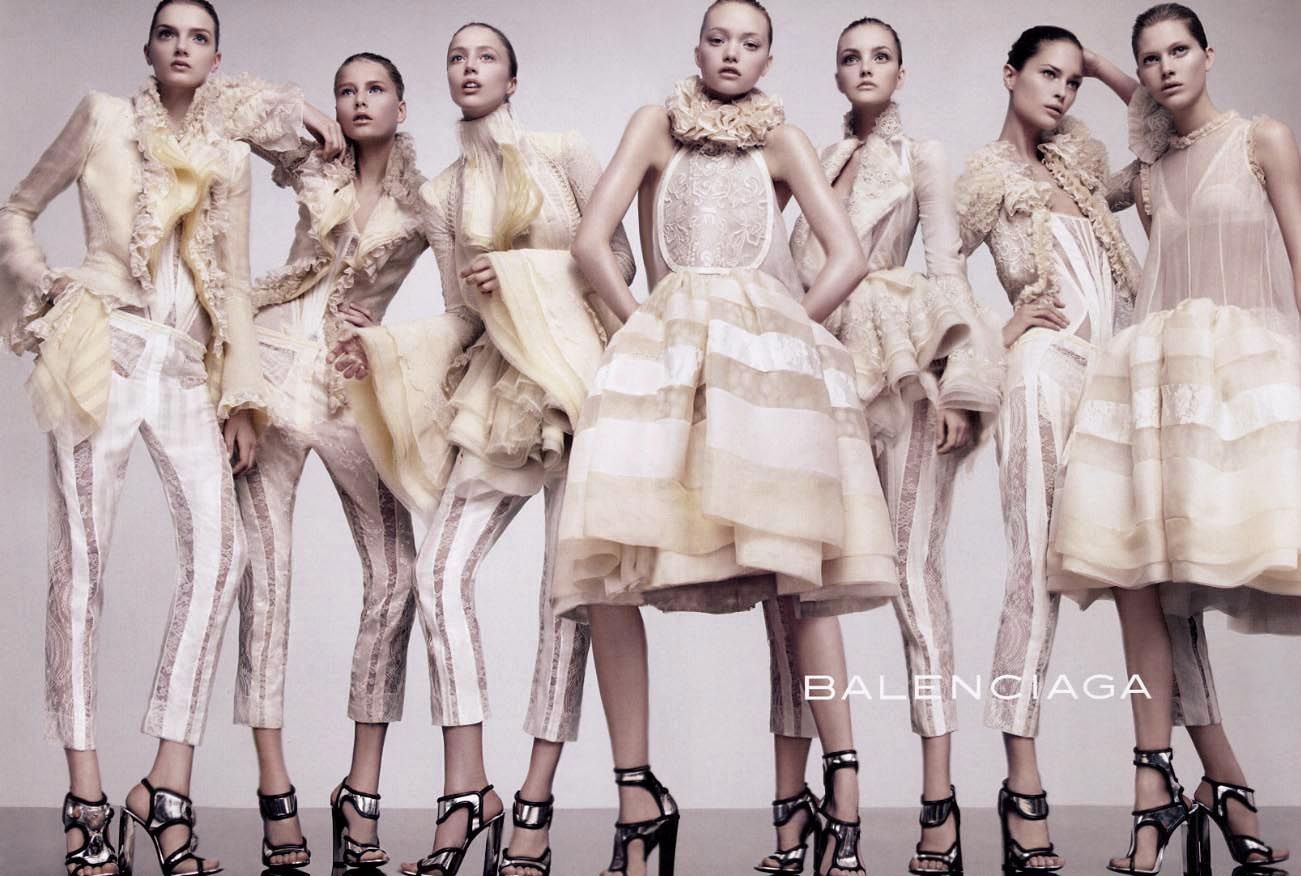 Remembering the old times, he creates some designs of sculptural and avant-garde volumes, bringing back the essence of the beginnings of Balenciaga, with that perfect formula the young couturier returns the success to the fashion house.

In 2001, the brand-new luxury conglomerate, Kering, acquired Balenciaga, adding it to other firms such as Yves Saint Laurent or Gucci. The entry into the group was a turning point for the brand, as the new creative directors will change the concept of the firm in an unprecedented way. Eleven years after the merger and after fifteen years of exceptional work Nicolás Ghesquière leaves Balenciaga leaving the firm at the top. 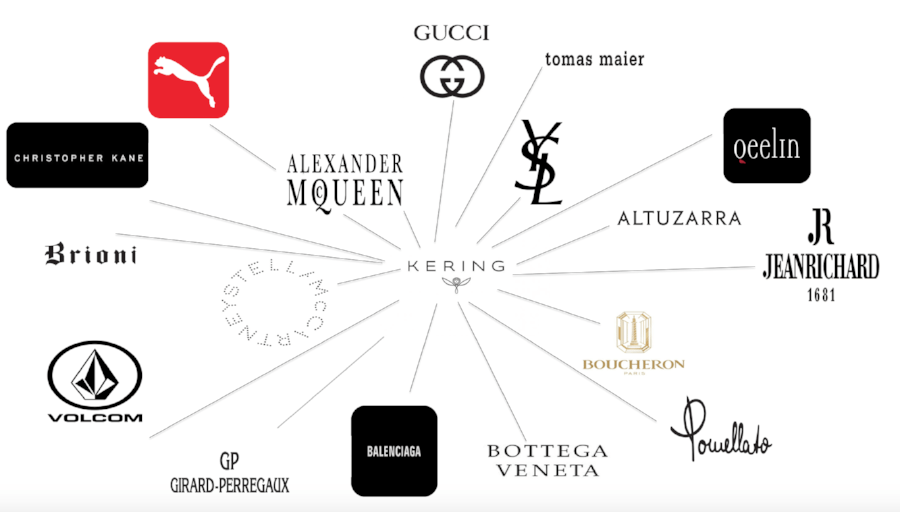 The Kering group, the new owner of the maison, appoints its new creative director Alexander Wang. It is the American designer who will set the guidelines for what will be the new image of the brand, more modern, more current and fresh, its essence is reflected in their creations and fashion shows. 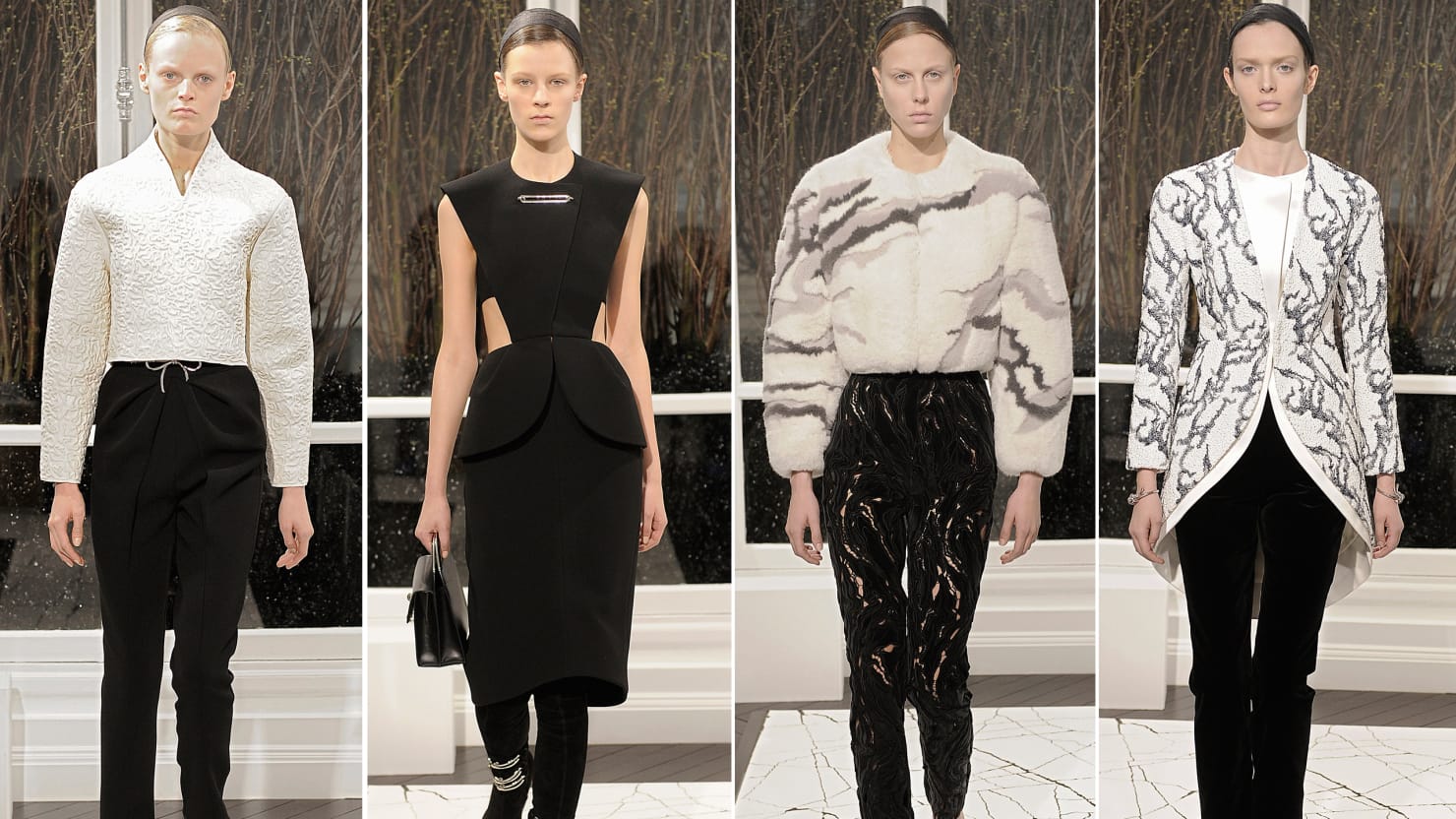 Despite the great reception by the public, Kering decides not to renew Wang and sign a new contract with the current designer Demna Gvasalia.

Balenciaga’s new image is very different from what it was in the beginning. Gvasalia has its own character, a vision of fashion that has changed all the stereotypes of the industry, more modern, a more urban style away from the ideal of Haute Couture.

Demna opened the signature to diversity by creating a masculine line, this was a new challenge for Balenciaga, because up until now only women had been recipients of their designs. Every time Balenciaga presents its fashion shows, everyone talks about it.

The Triple S are a clear example of the movement that Gvasalia has generated in the sector. Its globalisation has been such that on many occasions its true origin has been forgotten. Spain has given and continues to give fashion geniuses, we hope that it does not happen again, that history does not repeat itself.

YEEZY GAP ENGINEERED BY BALENCIAGA’s latest release goes global
Balenciaga creates another necessity: its new clogs
The new Pink Martini x Balenciaga campaign is all about X Factor
The meteoric rise of the It bag
Are counterfeits what keeps fast fashion alive?
Game of perspectives in the new YEEZY GAP ENGINEERED BY BALENCIAGA campaign
Find out which are the two most popular brands of 2022
The Balenciaga bracelet is the must-have for Fall 22
Balenciaga’s new earrings: shoe laces?
Balenciaga’s Runner Sneaker arrives in a new colorway
A trash bag for €1,400… but from Balenciaga
Balenciaga designs a new solidarity T-shirt for Ukraine