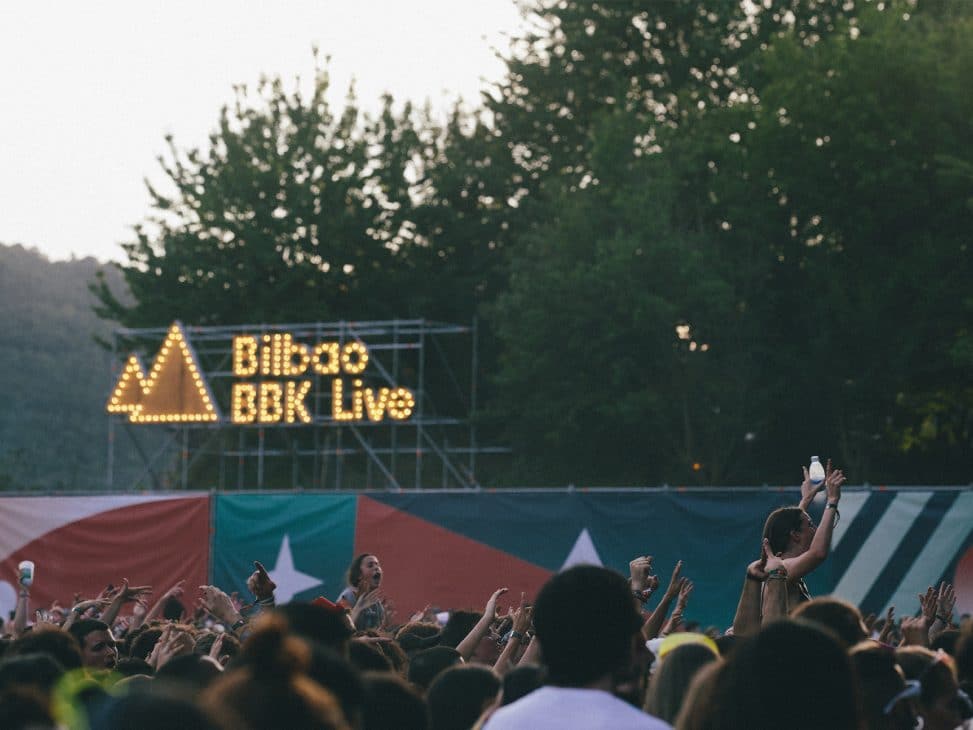 Bilbao BBK Live adds international names such as Kelly Lee Owens, WOS, Romy or Nilüfer Yanya and ambassadors of the national scene such as Rigoberta Bandini, Alizzz or Cariño.

The festival returns after this long break with renewed energy and the excitement of knowing that we will meet again on 7, 8 and 9 July in Kobetamendi. This 2022 we are stronger than ever, boosted by all the encouragement we have received over these two long years and with the certainty that the fifteenth edition of the festival will be legendary even before it begins.

The line-up for Bilbao BBK Live 2022 will feature more than 100 artists. From established stars to up-and-coming talents, strengthening the artistic plurality that is the hallmark of this festival.

Today, the line-up closes and the countdown is on. There are only 100 days left until the long-awaited reunion at Kobetamendi. Artists such as Romy, one third of The XX, on the decks; the melancholic Londoner Nilüfer Yanyao; the Welsh Kelly Lee Owens, with her vocal pop and ambient atmosphere sponsored by big names in electronic music such as Daniel Avery and James Greenwood.

In this journey around the globe through the origins of the artists who complete the festival’s line-up, the singer-songwriter of heartbreak Snail Mail from the United States with her second album under her arm and from Argentina the collage universe of SIMONA and the Argentinian freestyler WOS with his hits with a political message.

And all this without forgetting the indispensable stop at the leading names on the national scene. Rigoberta Bandini will fill Kobetamendi with energy with her liberated anthems and combative lyrics; Alizzz will present her new album in her new facet as a performer; the monotype of the trio Cariño will also set foot on Bilbao soil and the playful-festive staging will go hand in hand with Mujeres. All of them will be joined by the neo rap of Erik Urano and also Yawners, Shego, Venturi, Axolotes Mexicanos, L-R and Depresión Sonora.

Each day of the festival will have a distinguished closing set led by different collectives on the decks: Topanga Kiddo; Brava and Alvva will take the dancefloor on the first day of the festival. The eclectic Mareo party led by Chico Blanco together with 8kitoo and b2bbs will close the second day to give way to CHICA GANG on the closing day of the festival. Azkoitiarras Bulego and the electroeuskalrock of Silitia put the finishing touch to the local confirmations of the festival. 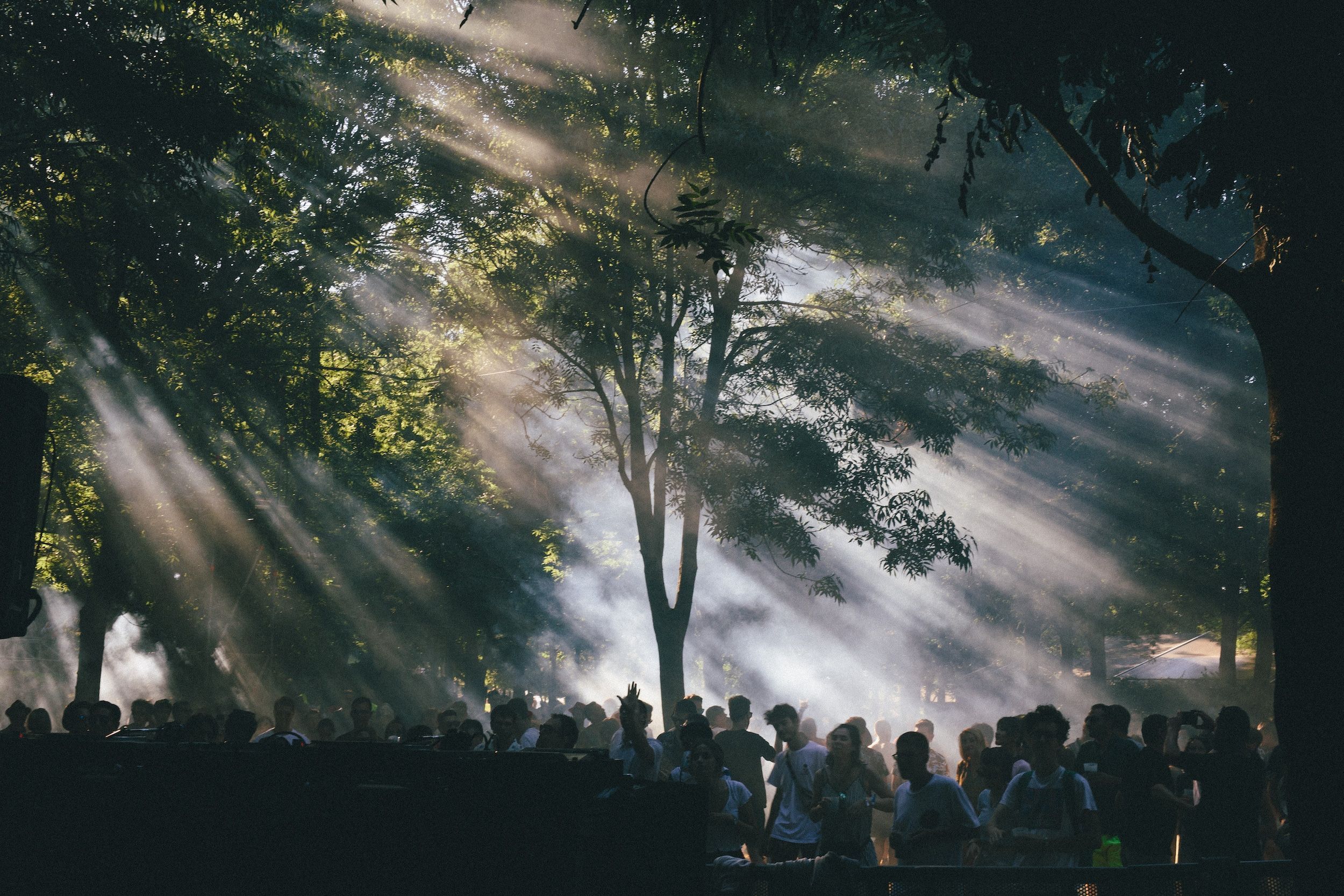 At Kobetamendi, there are multiple paths to hedonism. Within the same space there are many alternatives: an electronic forest, a space where time passes more slowly? Yes, all that and much more.

Every year Basoa welcomes world-renowned artists and emerging young talents, the host of endless party sessions, in this edition with The Blessed Madonna, Carl Craig, Helena Hauff, DJ Phyton, Lena Willikens, John Talabot and more. Located in a clearing in the leafy forest of Kobetamendi, Basoa invites you to lose yourself among electronic and experimental sounds, all in the middle of the idyllic forest setting of the Basque Country. A unique setting, an exceptional line-up and a finely tuned sound system, the forest is a temple of eskimo where you can immerse yourself every day of the festival.

Lasai, on the other hand, was born with the premise of not exceeding 100 beats per minute and has become the key stage to put on the brakes. To slow down and glide like a parachute. Little by little, beat by beat… And leave room for the masters of slow tempos and high intensities. From Japan to Stockholm; from collectives to duos; from dance to psychedelia. In Lasai time goes slower, you enjoy the space and its extraordinary views of the city of Bilbao.

On 7 July, the psychedelic rhythms and lo-fi electronica of Max Abysmal will land at Lasai alongside the dark DJ sets of Ivan Smagghe; the paranormal and progressive mix of Cosmo Vitelli; the imaginary slow and groove of the duo Front De Cadeaux and the enigmatic Xamana Jones. Barcelona’s slow-tempo Iro Aka; trance and pop nostalgia from Denmark; the never-stereotypical Jan Schulte with his alter-ego Bufiman; Canada-based Chinese DJ Yu Su with her beautiful sonic weavings and the dark psychedelia of Charlotte Bendiks will make the stage their own on the second day of the festival.

The third day at Lasai will be curated by the Ecuadorian Brian Piñeyro aka DJ Phyton. The producer will visit Bilbao BBK Live twice: in his deep side presenting Más Amable and with Sangre Nueva, his new side project which, together with Colombian Florentino and Dominican Kelman Duran (also playing solo), gives a different meaning to what we all know as reggaeton. This curation is completed with the fusion of Galician folklore and Latin sounds of Clara!; the techno and drum’n’bass fusion of DJ Voices and the energetic but downtempo mix of post punk and psychedelia of Katza. 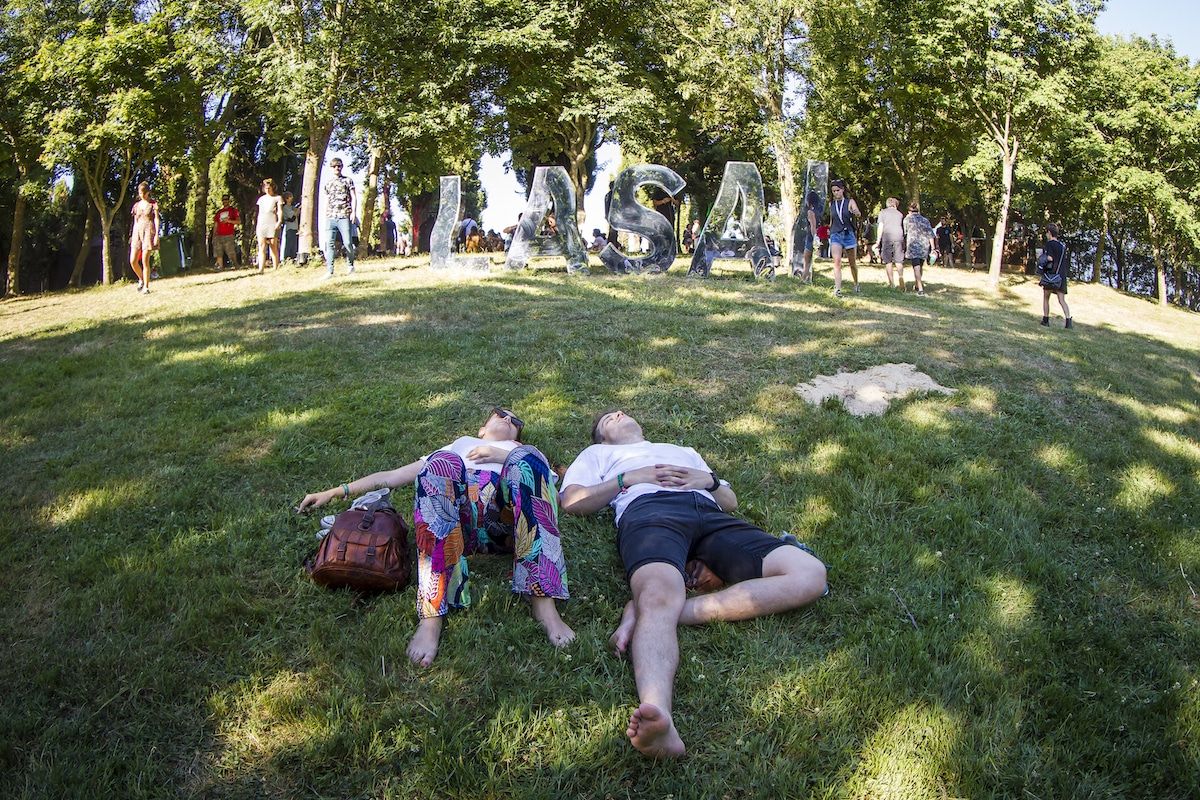 WE WANT TO TOUCH, LIVE, COME BACK AND BREATHE

Throughout these years, nature has followed its course and the return to the mountain is pure admiration and respect to enjoy and ponder it; in a unique environment, with thousands of people coming from all corners of the planet. To protect the area and minimise the potential negative impact on the environment, the organisation has established different measures to reduce waste as much as possible; to save water; the efficient use and distribution of energy; improvements to the sanitation network; a green purchasing policy; and many more that have led to Erronka Garbia‘s certification as a sustainable festival.

In addition, Mount Arraiz, with privileged views of the venue and the surrounding area, with Bilbao and the sea on the horizon, will be prepared to welcome the more than 10,000 campers who make the pilgrimage to Kobetamendi every year to experience the full Bilbao BBK Live experience.

WE WANT TO BE

This 2022 we must celebrate the festival as it deserves, as we deserved. Bilbao BBK Live returns with the commitment not to disappoint anyone and to enjoy the lost time.

Tickets are on sale at a promotional price of €145 until 28 April, with the option to pay in instalments. Day tickets are also still on sale.

The international political climate is going through some tough times, and that’s why Bilbao BBK Live wants to do its bit for this humanitarian disaster that will hopefully end soon. In this way, they have added the option of donating up to €5 with the purchase of each ticket, to which the festival will add the same amount. The money raised will be donated in its entirety to the Asociación Socio-Cultural y de Cooperación al Desarrollo Ucrania-Euskadi, with which the festival had already collaborated previously and which works to send humanitarian aid to Ukraine as well as for the social integration of the Ukrainian population that has recently arrived in the Basque Country. 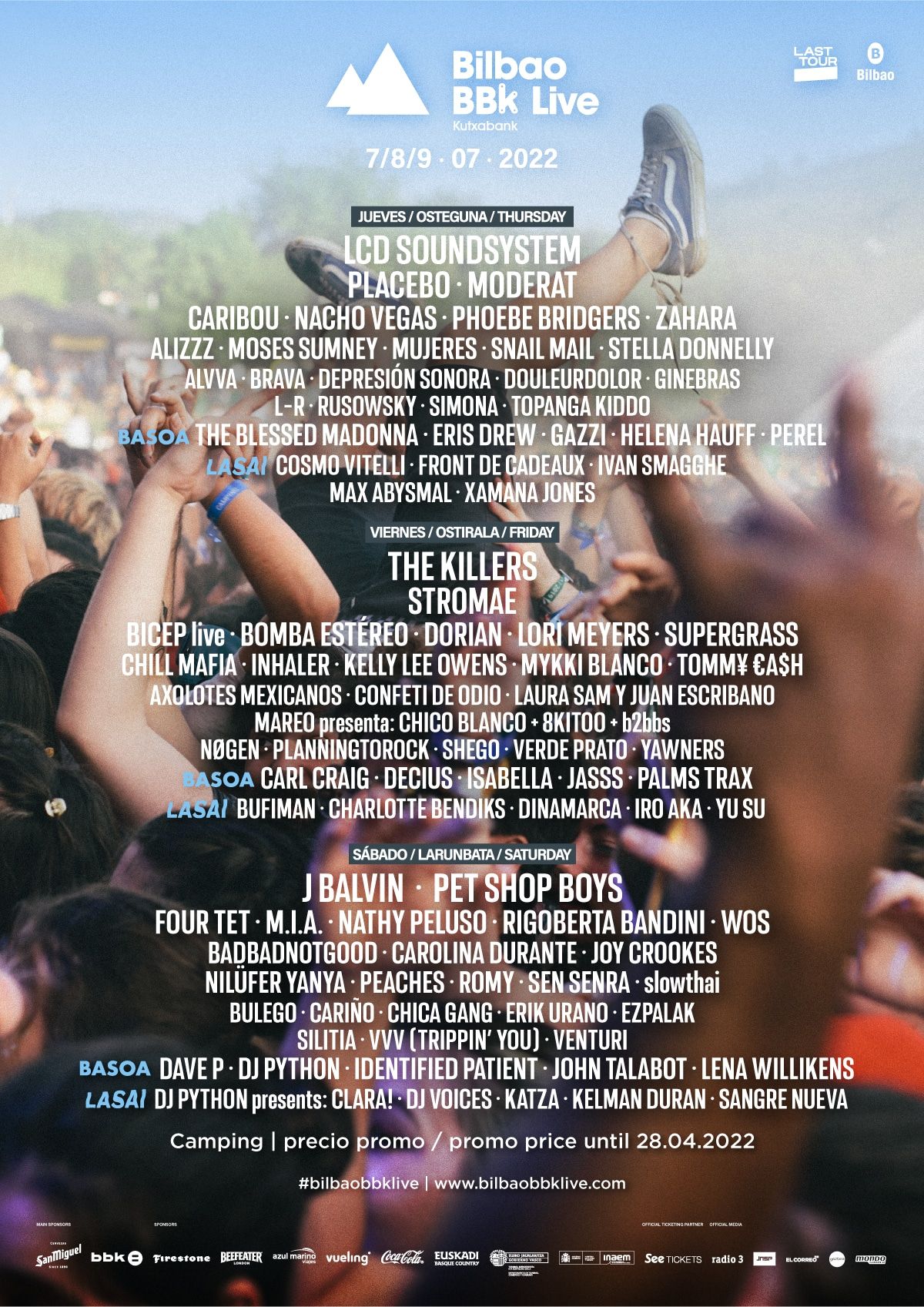 HIGHXTAR Weekends | What to do in Madrid
Luna Ki releases ‘CL34N’, her debut album
Dolce&Gabbana and Persol bring a special eyewear collection to life
Cool Kids Club: SVD launches itself into the metaverse by putting the community in the spotlight
Keep Walking Concert Tour: All artist dates this June
Tyler, the Creator announces new 2022 tour dates in Europe, UK and Australia
Vault by Vans teams up with Imran Potato to reimagine the KNU SKOOL
Taylor Swift graduates with a degree in Fine Arts
PRISCAVera FW22 or how to capture the New York essence
Discover the collection designed by Disney and Givenchy in collaboration
adidas Originals and MUFC bring back the nineties aesthetic
Shannon Abloh is now CEO and Managing Director of Virgil Abloh Securities