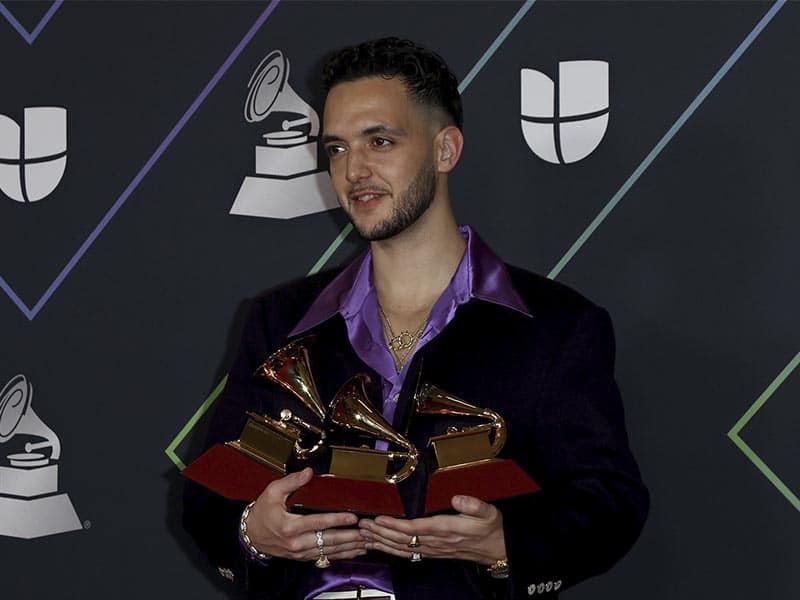 C. Tangana and Alizzz triumph at the Latin Grammys 2021

The 2021 Latin Grammy Awards ceremony took place this morning in Las Vegas, bringing together the biggest stars of the Hispanic-American music industry for its 22nd edition. Among them, C. Tangana and Alizzz won no less than three statuettes.

During the ceremony Pucho thanked his entire team for the effort they put into each project because without them nothing would be possible. “Thank you very much to the people who help us to do what we like most in life. Without you we wouldn’t sound like shit, so thank you very much. Thanks to the Academy for giving a Latin Grammy to a Madrileño”. C. Tangana has just announced these days on social networks his Tour “Sin cantar ni afinar” for the year 2022.

This same week Alizzz has also released more details of her first solo album, “Tiene que haber algo más”, which will be released next week, on Friday, November 26th. In addition to the already released singles (“Todo me sabe a poco”, “El encuentro” with Amaia, “Ya no siento nada”, “Salir” and “Ya no vales”) will include collaborations with Rigoberta Bandini, Little Jesus and J from Los Planetas, along with new unreleased songs.

Now… Why don’t you take a look at the hype caused by the music video for “Ateo” by Nathy Peluso and C. Tangana?