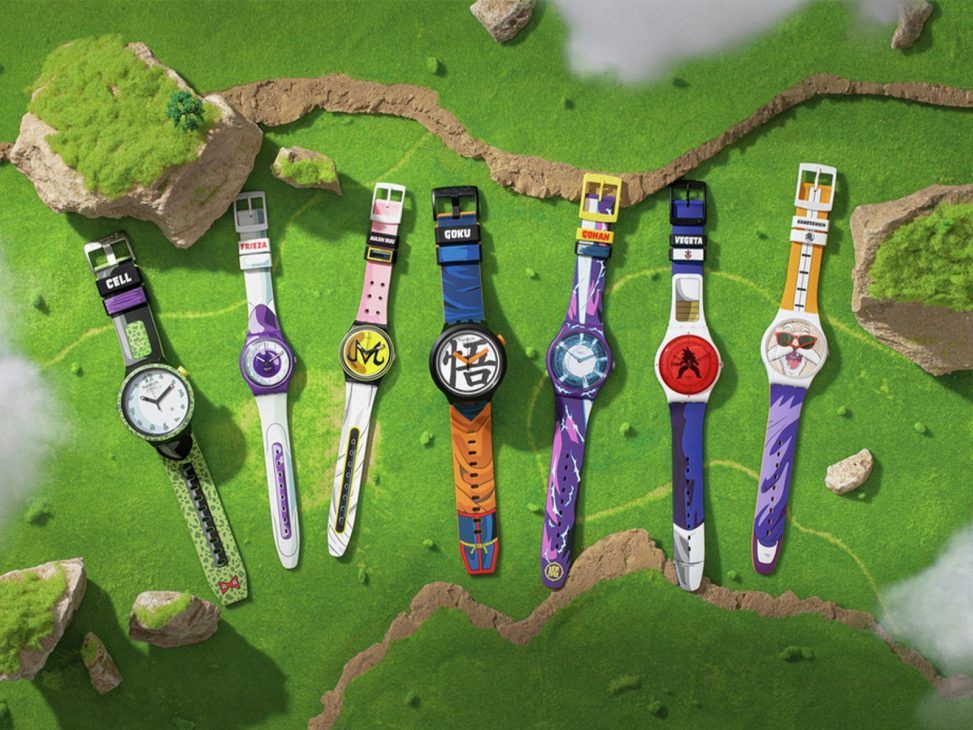 Do you like anime? It’s time to discover the new SWATCH x DRAGON BALL Z collection. Seven Swatch watches and a limited edition set that reinvent the most iconic characters of Dragon Ball Z, one of the most popular and successful series in the world of anime, even if you haven’t seen it! Surely you’re familiar with the story of Goku, his friends and their quest to defend the Earth from the worst villains.

Swatch watches could be considered souvenirs with a life of their own and, this time, they come to give a fun touch of colour and innovation to the Dragon Ball Z series. Thus, the collection presents eight watches with different details inspired by the most recognisable characters of the saga. 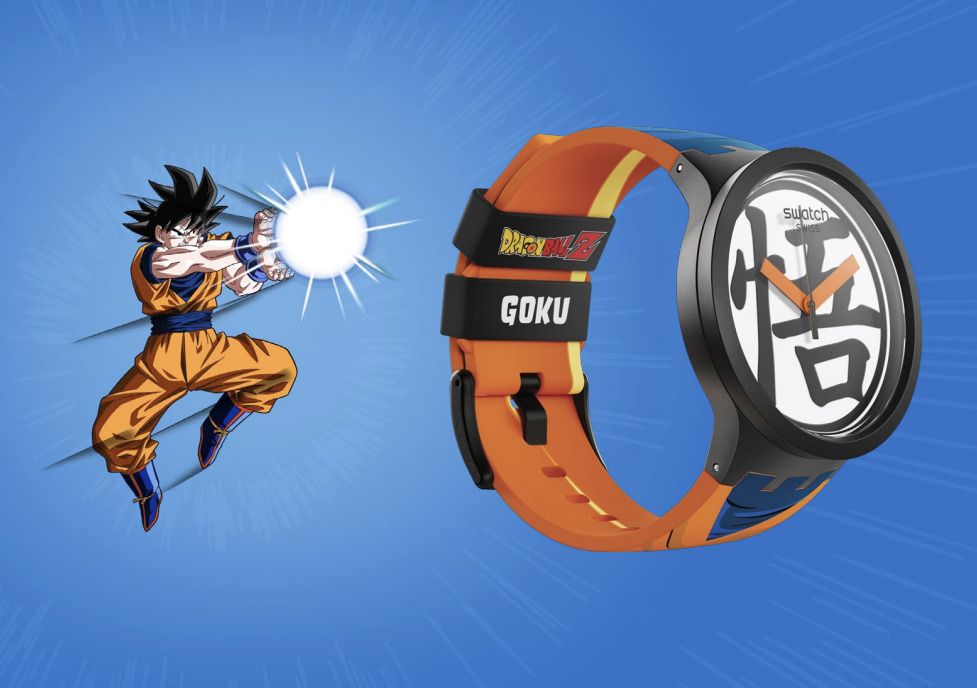 He is the dragon and soul of the Dragon Ball Z series. One of the last Saiyan on the face of the Earth. This warrior is the main defender of our planet against intergalactic threats. Goku‘s watch is an orange and black BIG BOLD inspired by the character’s outfit. On the dial you can see the Japanese symbol that Goku wears on his dogo and that represents his name. On the back of the strap is Kintoun, his mysterious magic cloud. 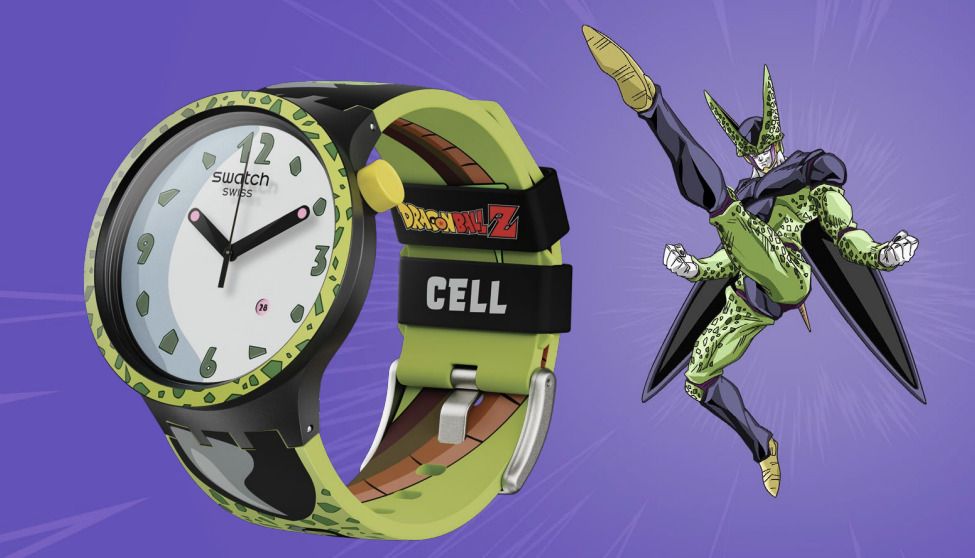 He is the character artificially created by Dr. Gelo (an ex-scientist of the Red Ribbon Army) to take revenge on Goku. Cell‘s watch is a green and black BIG BOLD that fully captures the essence of this villain. The pink dots on the hands reflect the colour of his eyes, the yellow crown represents his facial features, and the back of the watch band represents his deadly tail. 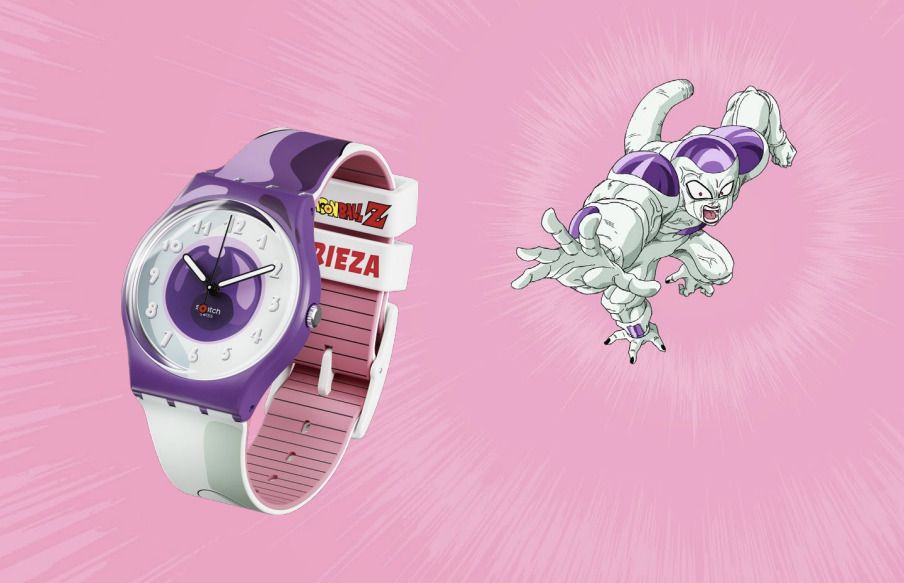 He is the most famous villain in the series. In the battle to defeat him, in which Goku‘s friends also take part, Goku transforms into Super Saiyan for the first time. This GENT watch features the colours of Frieza’s two appearances: the front face shows elements in white and purple, while the back features pink details inspired by the colour of his skin. The red dots on the hands evoke the villain’s eyes. 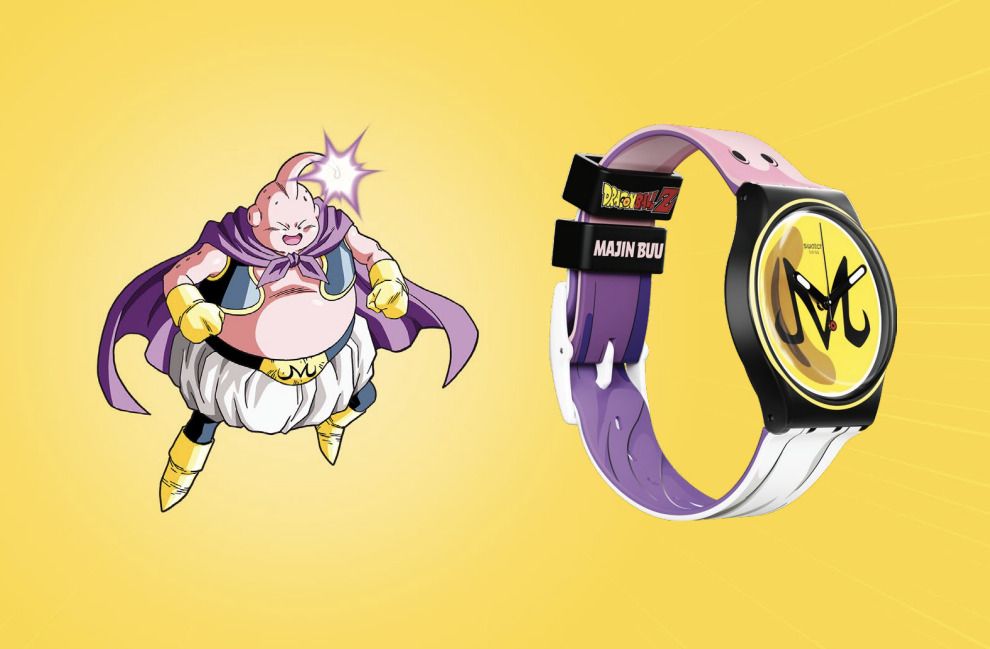 He is a villain with many abilities, including the ability to turn his opponents into biscuits and then absorb their powers. The dial of this GENT watch features a black «M» on a yellow background. A detail inspired by Majin Buu‘s golden belt. In addition, the back of the watch depicts the cup and belly of the first Buu.

He is the son of Goku. Born on Earth, he is the first son of a Saiyan and a human to achieve Super Saiyan status at a young age. This NEW GENT watch features the image of a Kamehameha wave and the letters “KA-ME-HA-ME-HAAA” around its dial. The front strap evokes the outfit Piccolo gave Gohan when he trained him. The back of the watch, on the other hand, represents some of the elements of Gohan’s costume as a child. 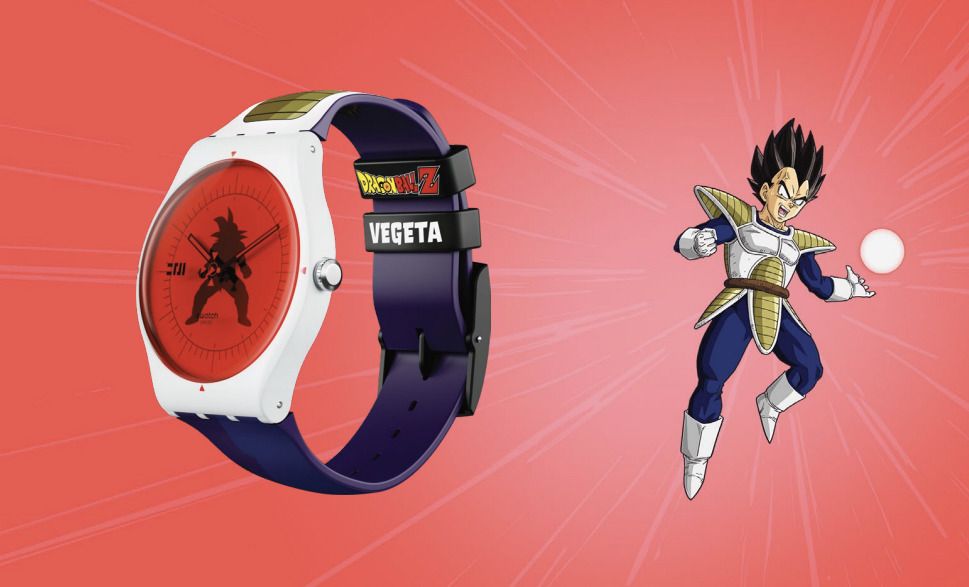 He is the prince of the Saiyan, a people fallen from grace. In the series, this character starts out cruel and evil. But after fighting with Goku, he manages to give up his heart. This NEW GENT watch depicts the first time Vegeta measures Goku‘s power level with his tracker and realises that it is higher than 9000. The red dial with the black silhouette of Goku surrounded by a white bezel represents the same crystal as the tracker. The back of the watch shows Vegeta’s transformation into Great Ape. 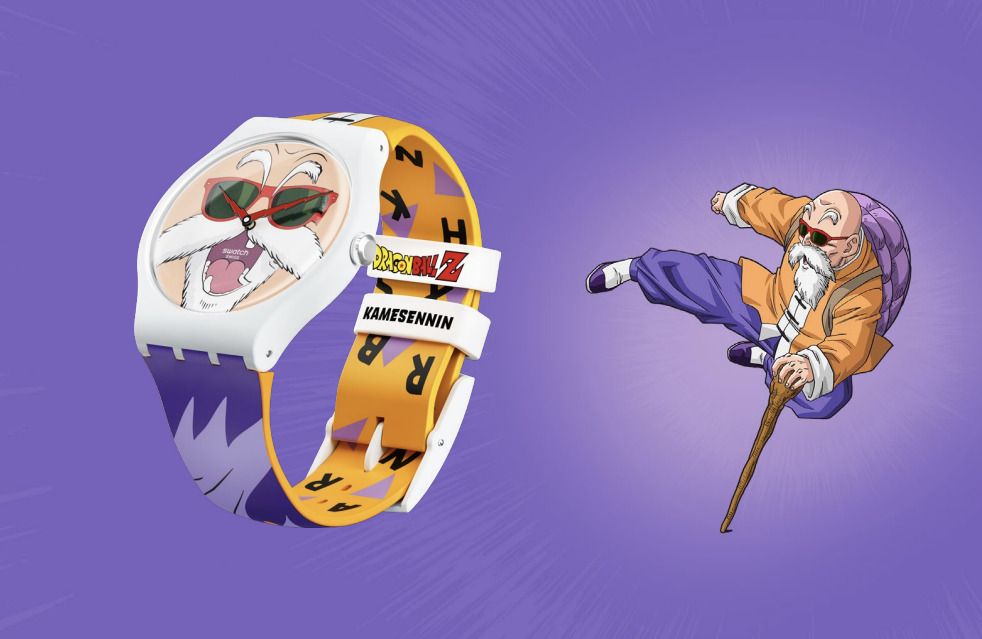 He is a martial arts master who invented the Kamehameha attack. He can often be seen accompanied by a talking sea turtle. The dial of his NEW GENT watch is inspired by his well-known sunglasses. The back of the watch shows the master’s Hawaiian shirt. 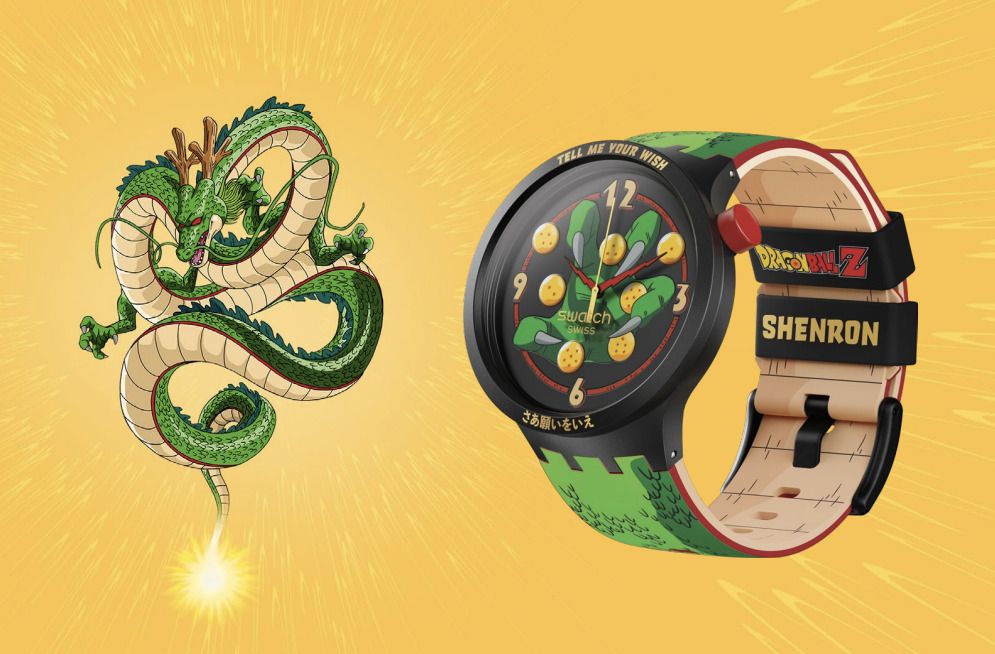 He is a divine dragon who grants any wish to anyone who has collected the seven dragon balls. This BIG BOLD watch shows Shenron‘s green scales and, on the back, his belly. On the bezel appears the phrase that the character formulates: “tell me your wish” in Japanese and English. Shenron‘s claw occupies the centre of the dial and is surrounded by the seven dragon balls.

The SWATCH x DRAGON BALL Z collection will be available in Swatch shops and on the Swatch website from 25 August 2022.