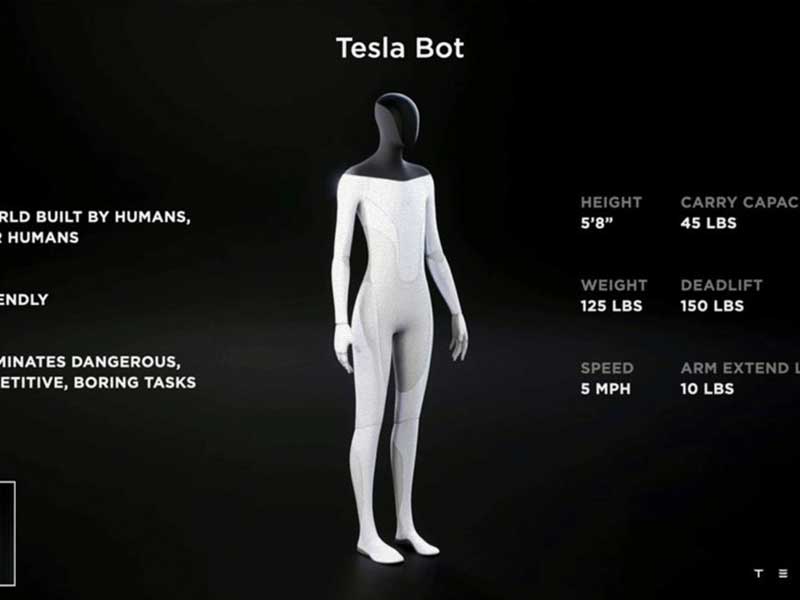 Elon Musk continues in his quest to robotize everything that crosses his mind. Now, the controversial billionaire is about to launch Tesla humanoid robots into the world; a new project he announced last Thursday at the AI Day event. 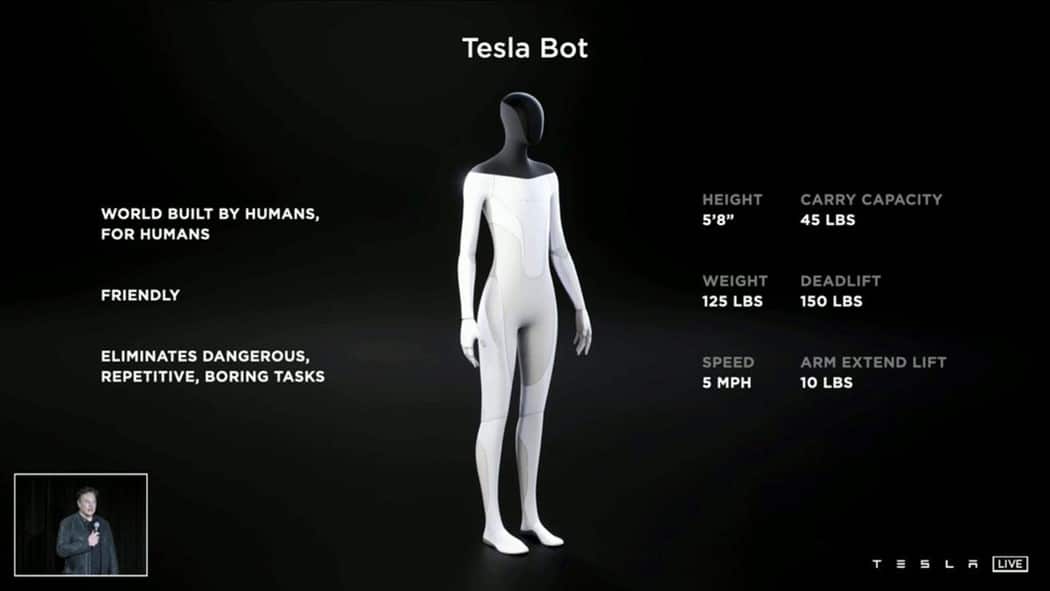 Inspired by the autopilot function of Tesla cars, the 125-pound, 5-foot-tall Tesla AI Bots (designed to resemble the Daft Punk duo) are intended to automate repetitive human tasks, such as picking up a bolt and attaching it to a car, or going grocery shopping. The robots will feature the same eight-camera technology as Tesla cars, head-mounted displays for “useful information” and “human-level hands.”

“Tesla is arguably the largest robotics company in the world because our cars are semi-sentient robots on wheels,” said Musk, during the live-streamed presentation. “With the full self-driving computer, the inference engine in the car, which we will continue to evolve obviously … neural networks, recognizing the world … it makes a little bit of sense to put that into a humanoid form.”

Musk also noted his plans to make robots talk and figure out what to do without explicit training. “It can be your partner,” he noted. We really just hope they don’t get defensive.

Although the price range of the artificial intelligence robots has not yet been announced, Musk noted that they would not be “super expensive.” What we do know is that the first prototype will go on sale sometime next year. Expectation or fear?

RIMOWA “Never Still” takes us on a journey with a series of icons
The endless summer of Casablanca FW21
SHOOP SS22: a race to freedom
Our fav designers of the upcoming MBFWM edition
Dan Sur gets gold chains implanted in his scalp
Met Gala 2021: the best red carpet looks
The psychedelic mules by Melissa x Lazy Oaf
Fasten your seat belts to take a flight to Teophilio’s Jamaica
Balenciaga accused of racism and cultural appropriation
Nike dresses up the Air Max 95 through functionality
Belgian doctors are prescribing museums to alleviate Covid stress
Rodman’s eccentric trip to Las Vegas soon to be a film