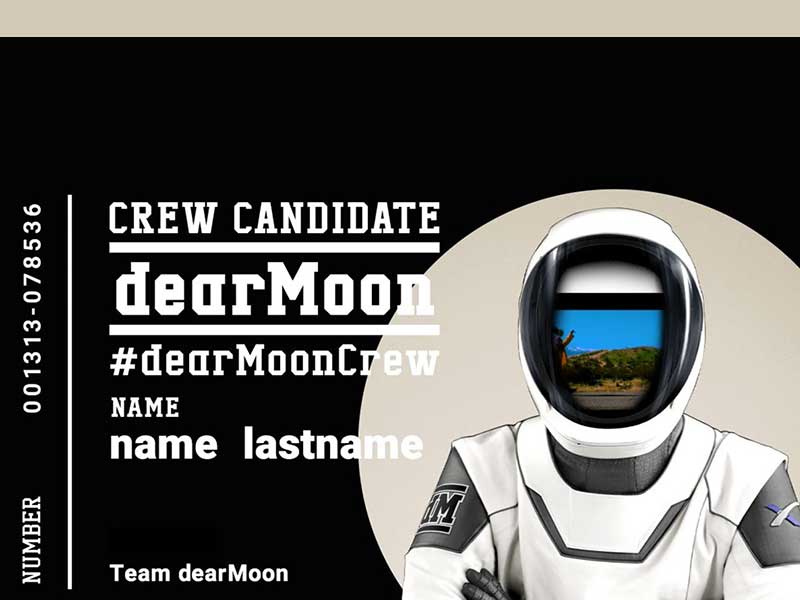 Elon Musk’s billionaire friend gives away 8 free tickets to the moon, all you have to do is this

In 2018, Elon Musk announced that the first-ever tourist on the Moon would be billionaire Yasaku Maezawa, a skateboarder and art collector, who will make the trip in 2023. Now, he is accepting applications for those who would like to join him. 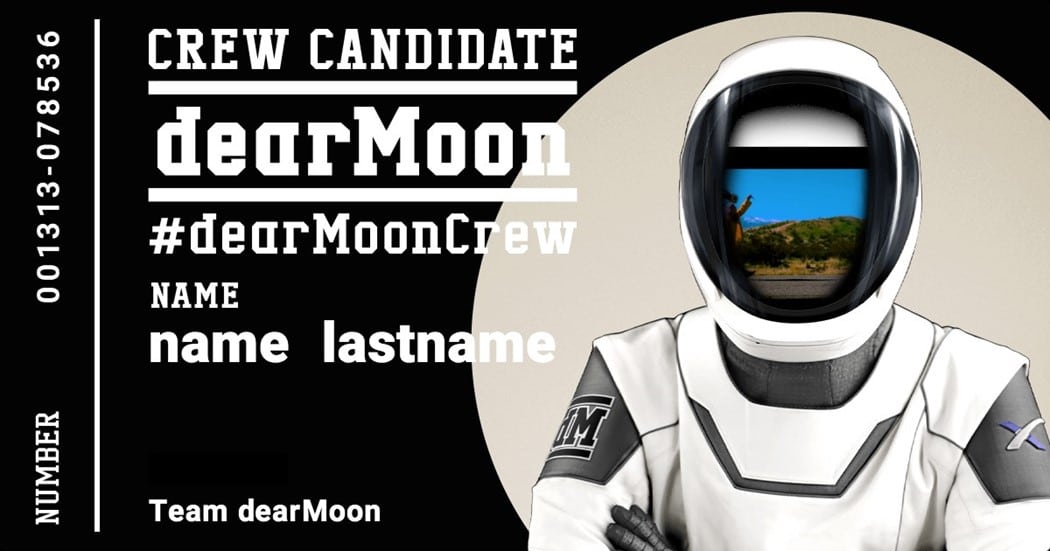 This 45-year-old man is offering eight lucky members of society “free tickets to the moon.” All you have to do is fill out an online application form, which literally only requires your name, email address and a photo. You also have to say which of Maezawa’s social media accounts you follow.

Maezawa is going to the Moon as part of the dearMoon project, a lunar tourism mission and art project conceived by Maezawa himself. The trip will take place in a private SpaceX spacecraft.

Maezawa originally wanted artists to accompany him on the trip, but said he decided to open applications to the public after deciding that “if you see yourself as an artist, then you are an artist.” However, there are two criteria for securing a spot. “First of all,” Maezawa continues, “whatever you do, by going to space, I hope you can push its boundaries to help other people and society at large in some way.”

The other criterion? “You have to be willing and able to support other crew members who share similar aspirations.”

Speaking of the trip, Musk added: “What’s really significant about the dearMoon mission is that it will be the first commercial spaceflight with humans beyond Earth orbit. And we’re going beyond the Moon, so this mission will go farther than any human has ever gone from planet Earth.”

For those concerned about the costs of the trip to the Moon, Maezawa has confirmed that he will pay for the entire trip. “I’ve bought all the seats, so it will be a private trip,” he explained.

Check out Maezawa and Musk’s message below, and apply for your “free ticket to the Moon” here.

Lil Uzi Vert will be the first person to own a planet
Space enters the marketing atmosphere
Amazon could open a clearance outlet
SpaceX’s civilian voyage is fully booked
Meteorite 2001 FO32 will pass safely Earth later this month
Bitcoin has surpassed the $60,000 mark for the first time ever
SpaceX has opened the Starlink pre-order
Snoop Dogg just pumped the Dogecoin
Elon Musk is sending four people to space this year
What is Clubhouse? Everything you need to know
Elon Musk wrote “#bitcoin” in his Twitter bio and this happened
Do you have $55 million? You can go to space