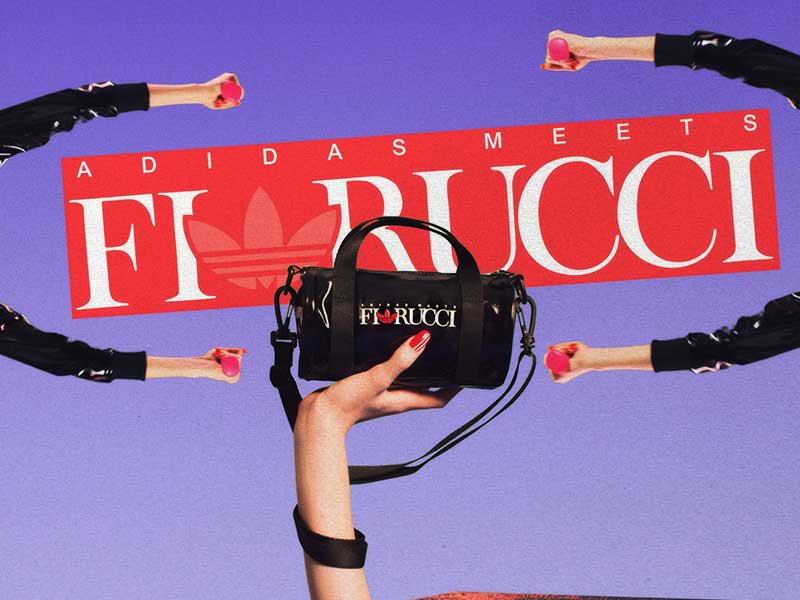 Elio Fiorucci was a fashion legend – one of the most iconic designers of the 70s and 80s, he was mates with supermodels, basically invented stretch jeans, and held court at his iconic NY store, frequented by Andy Warhol and staffed by Marc Jacobs. 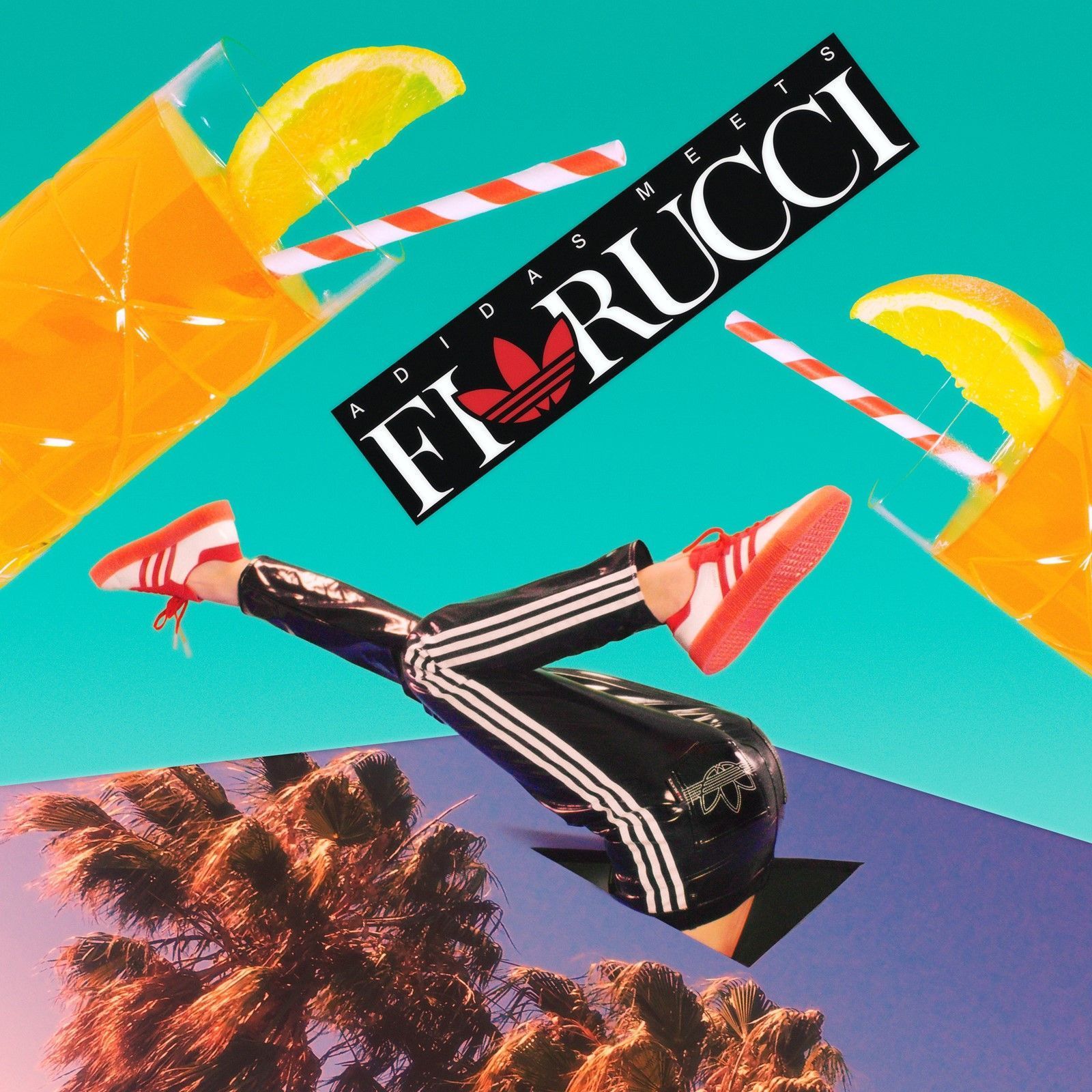 The brand that bore his name closed in the late 80s, and he sadly passed away in 2015, but two years ago, the cult brand was relaunched, opening a new store in London’s Soho. The label blessed us all by bringing back its famous cherub logo and metallic jeans, and now it’s teamed up with adidas Originals for a playful, bold, and print-heavy collaboration. 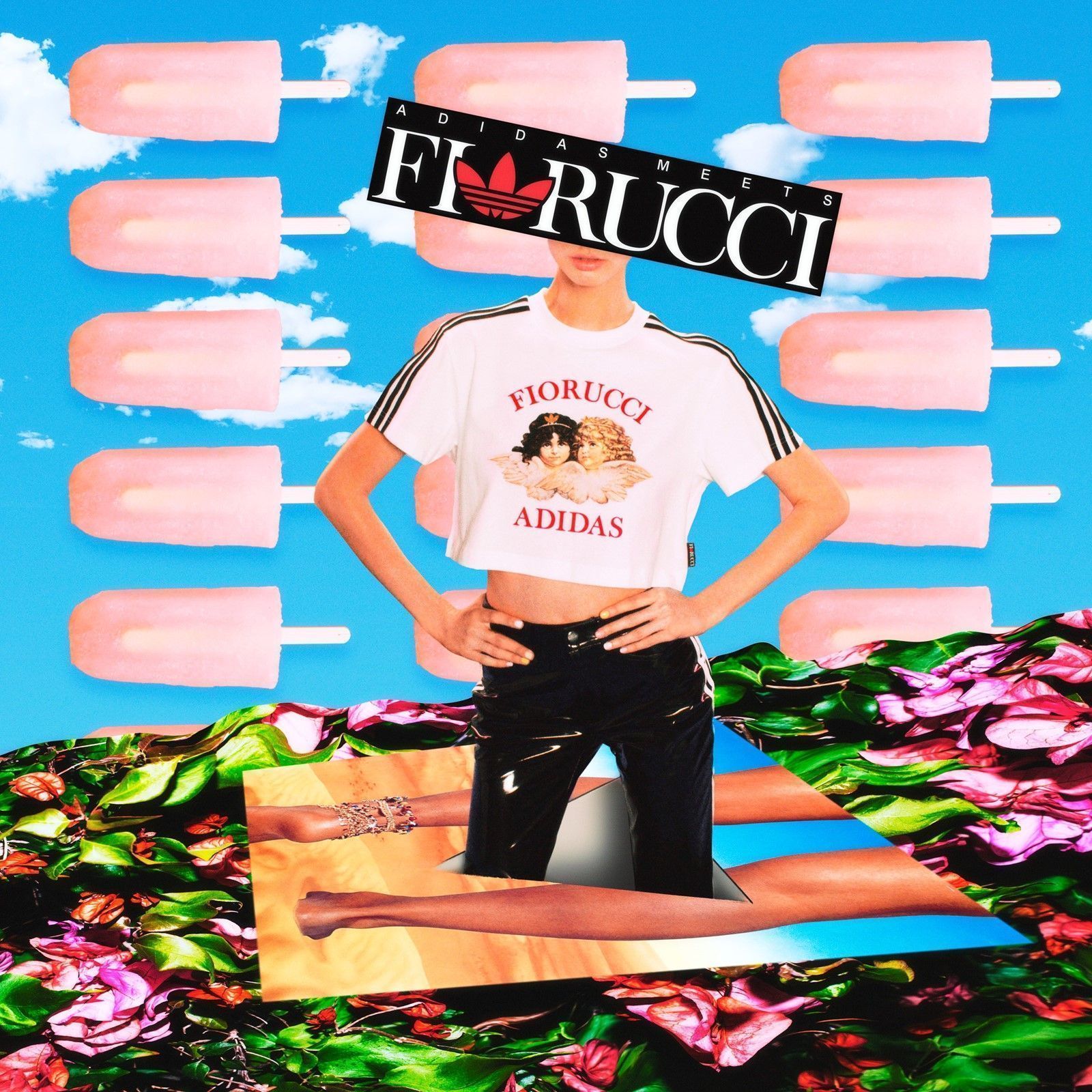 The collage-style campaign, shot by Parisian photographer Jean-Pacôme Dedieu, highlights the fusion of the aesthetics of adidas and Fiourcci with colourful images that reference both the past and the present of the two labels. Look closely, and you can even spot the Italian brand’s heritage campaign imagery in the 80s-inspired series, spliced amongst ice lollies, cocktails, and other things that will have you wishing it was more than about four degrees outside. 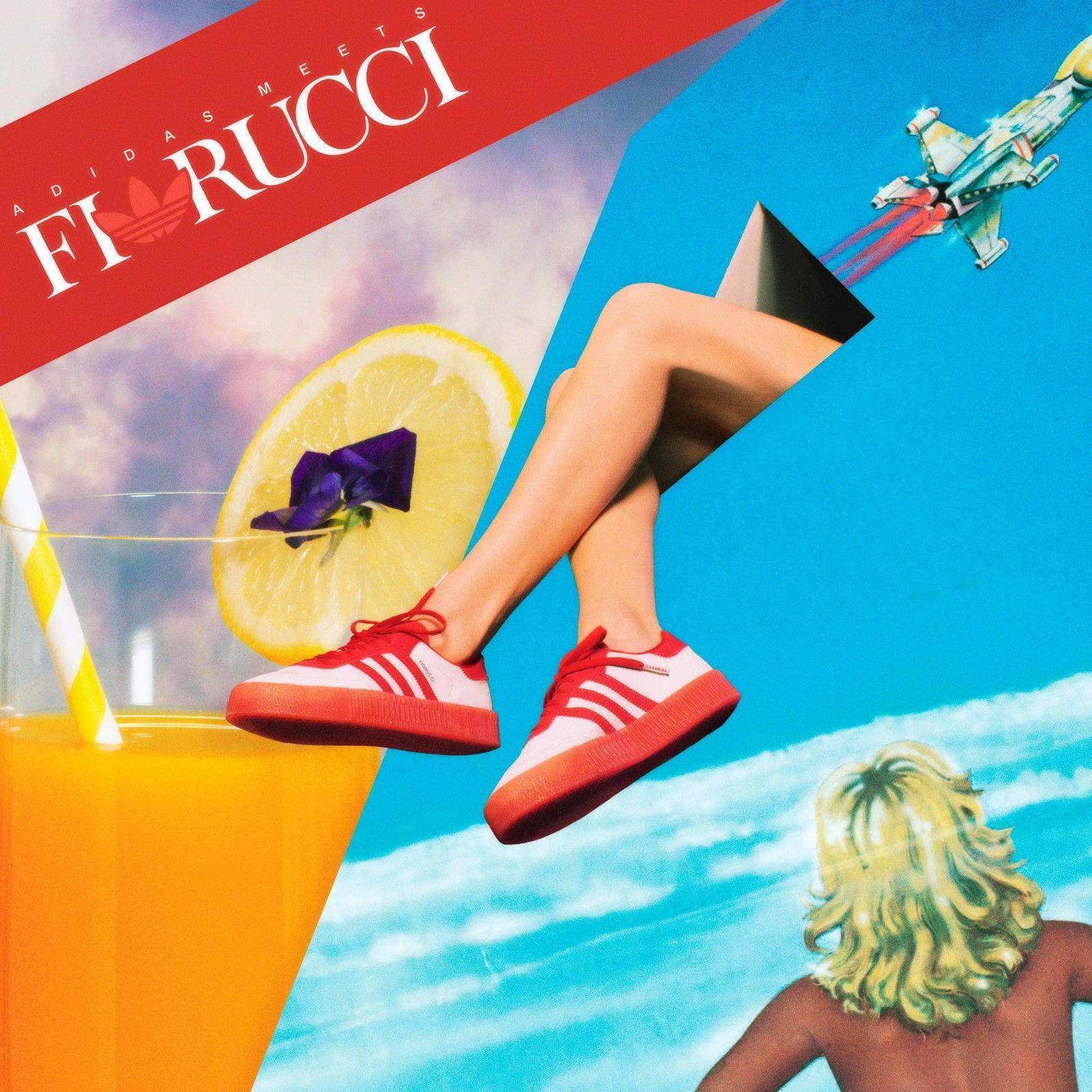 Making good use of the iconic emblems synonymous with both brands, the collection itself features a host of pieces which reinterpret classic looks – think those graphic angels t-shirts but with three stripes on the sleeves, and the ‘o’ in Fiorucci replaced with the adidas trefoil logo. Standout pieces include the black vinyl twist on the classic adidas Firebird two-piece tracksuit and the Samba Rose trainers in a brand new red and cream colourway. 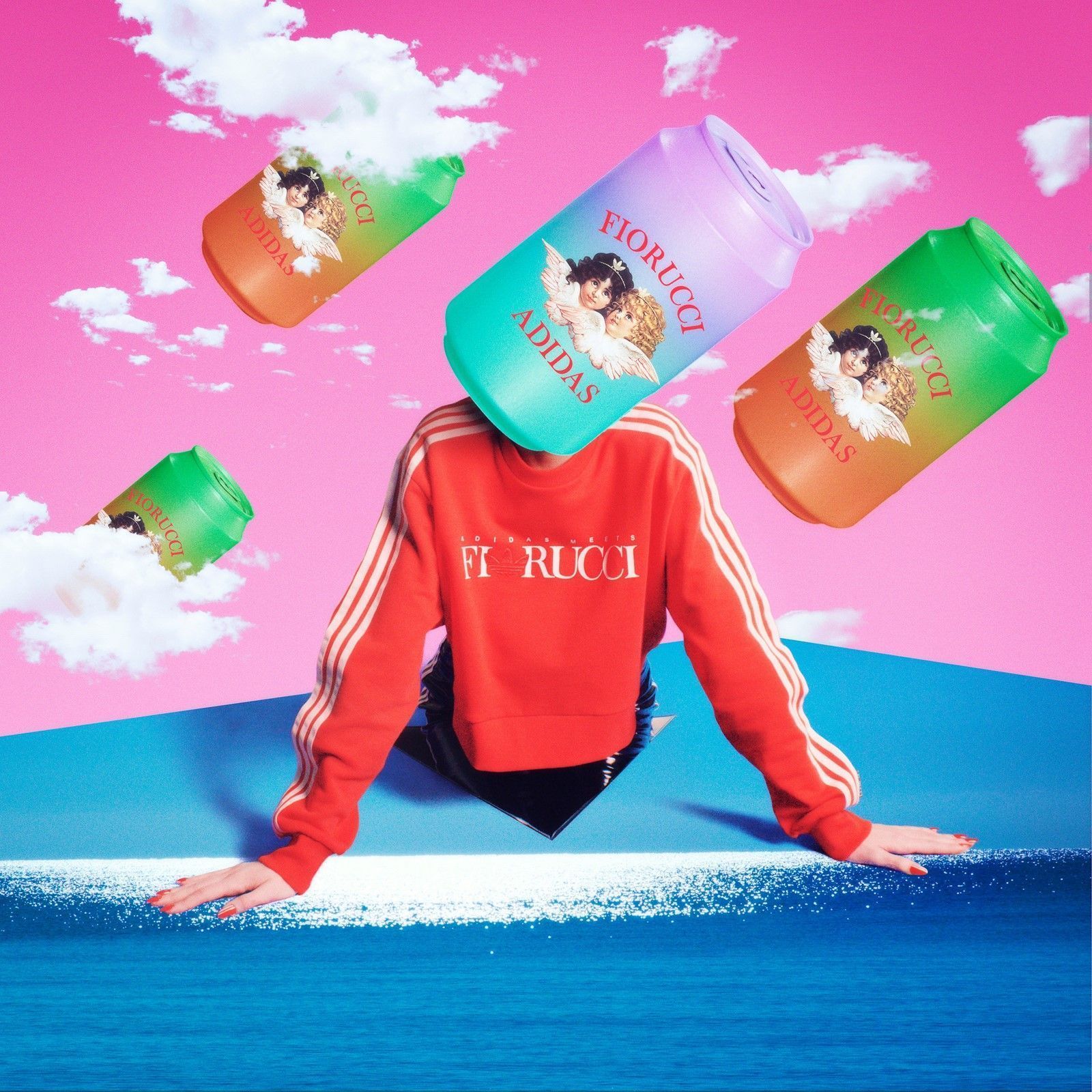 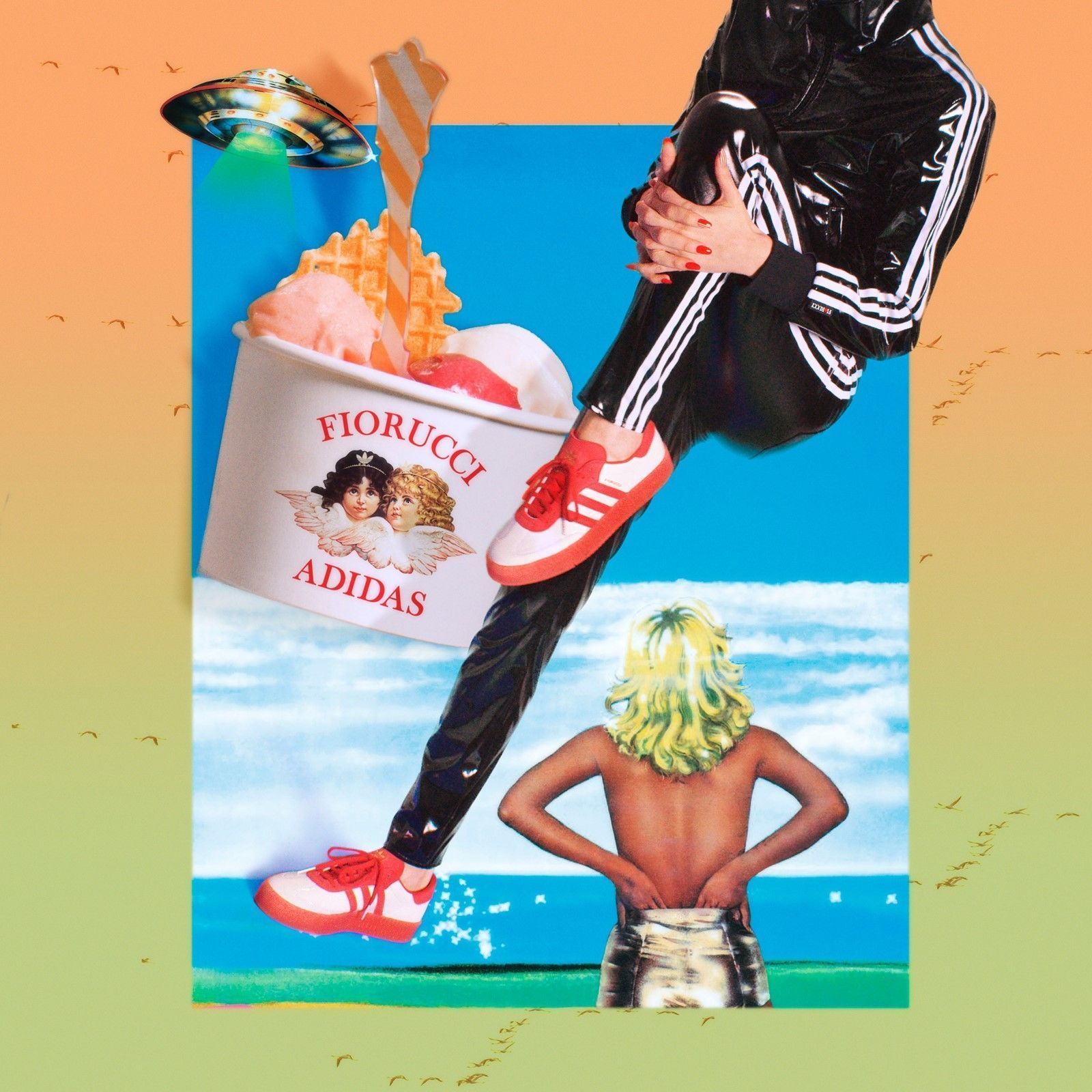