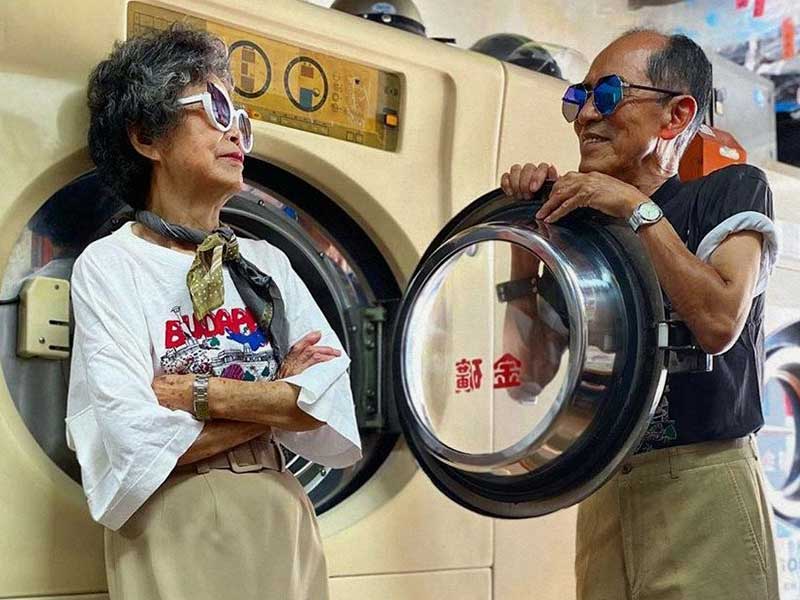 Sho-Er Hsu and Wan-Ji Chang are the octogenarians who have captivated the Instagram universe and, of course, the fashion industry. A few months ago, the grandson of the Taiwanese couple decided to share a sustainability project on social networks. This was centered on his grandparents and their small laundry. The profile @wantshowyoung already has more than 600,000 followers who do not hesitate to show their affection for these emerging and successful influencers. 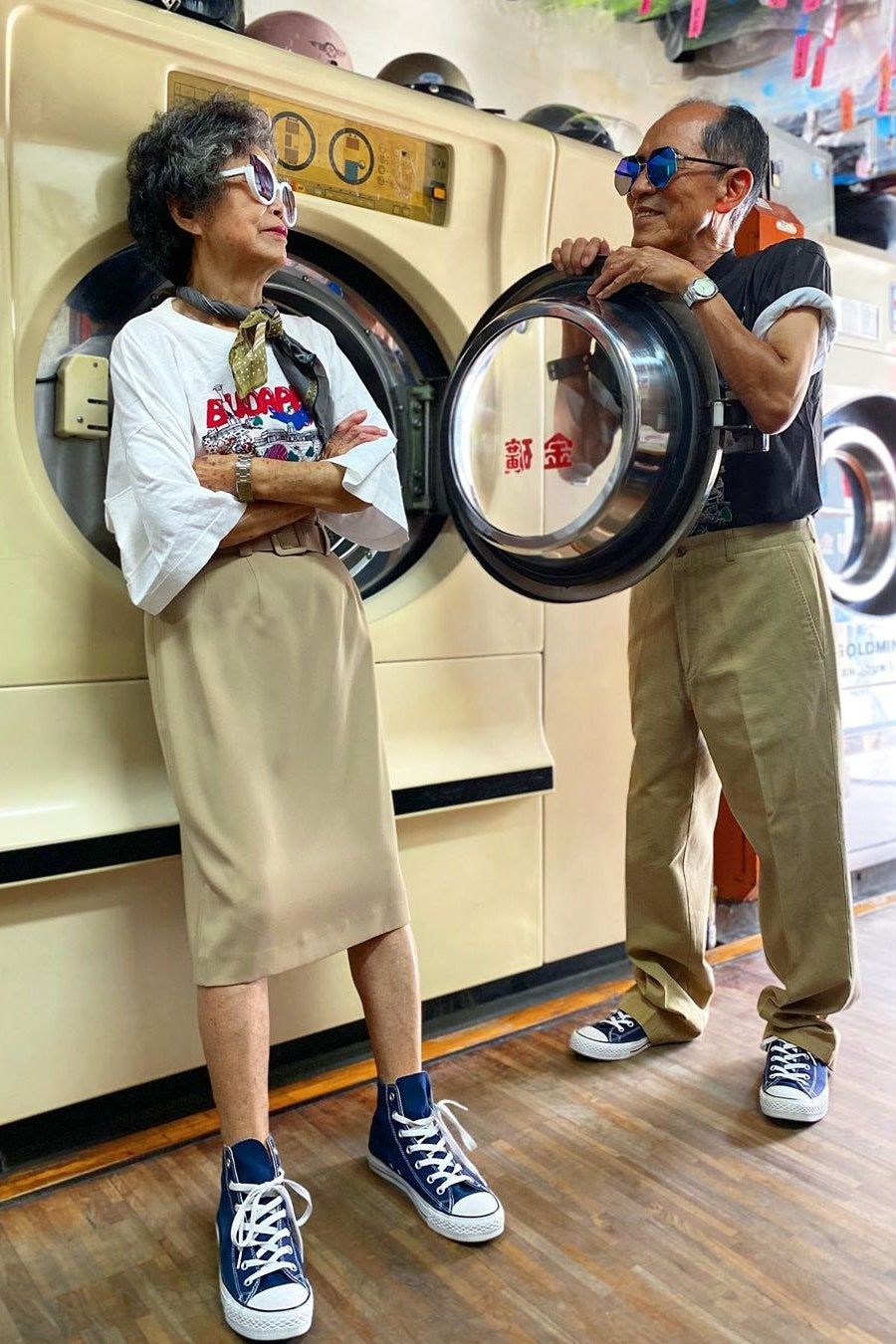 Grandmother and grandfather Chang, 83 and 84 years old respectively, have run a laundry for almost 70 years. The shop, located in Taichung, Taiwan, has seen many customers pass by who, carefree, left some of their clothes behind. The owners kept each one of them in the hope that the owners would return. The clothing store held about 300 pieces. Reef Chang, the grandson of both of them, seeing how it was accumulating, chose to give them a second life in a very special way.

It all came about when Reef was going to visit them in the laundry room after the confinement. He found them bored and sleepy with the low volume of work. So he devised a way to distract them and bring out a side of their grandparents that he has always considered very flirtatious, through a sustainable fashion project. He took all the clothes that the clients had lost and decided to give them a second life. 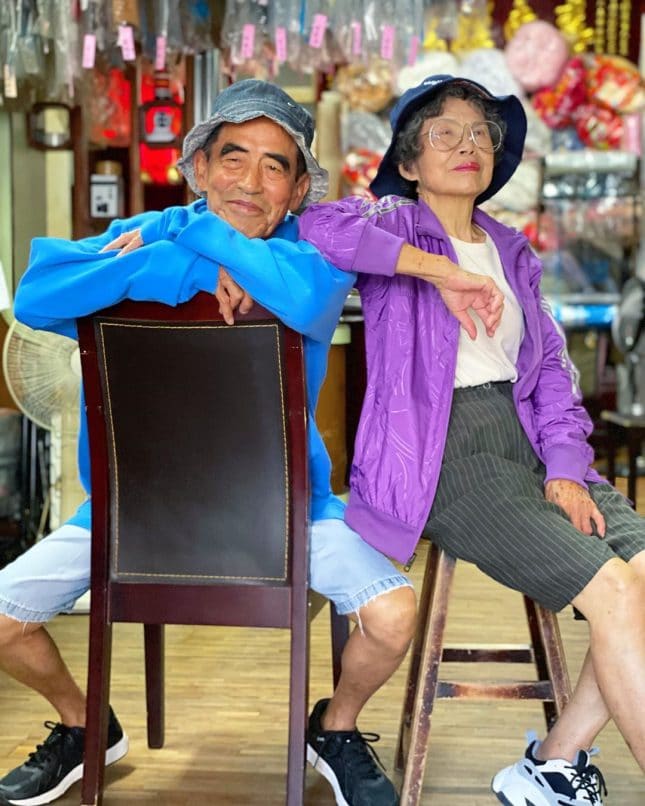 When he told them about the idea that was starting to take shape, the Chang’s were not very convinced. They didn’t think it would have any kind of impact, but they finally accepted after Reef’s insistence. The youngest of the family photographed the couple dressed in the clothes they had kept and which they combined with their own clothes. The fascinating styles, the charisma of the Chang grandparents and the busy establishment that starred in the attractive backgrounds, offered a subtlety and unique beauty to the set.

The Instagram account began to grow, and Sho-Er Hsu and Wan-Ji saw how wrong they were in thinking that no one would recognize their talent. Reef Chang’s project highlights the value of second-hand clothing, as the fashion industry is the second most environmentally damaging. They also feel that a nice message is being sent to the elderly, that they and no one should limit themselves. Any age is good for doing what you want to do. 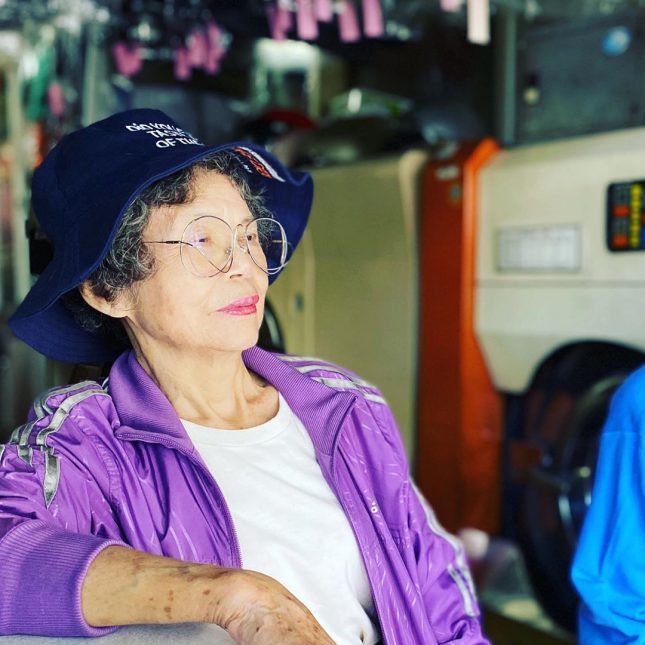 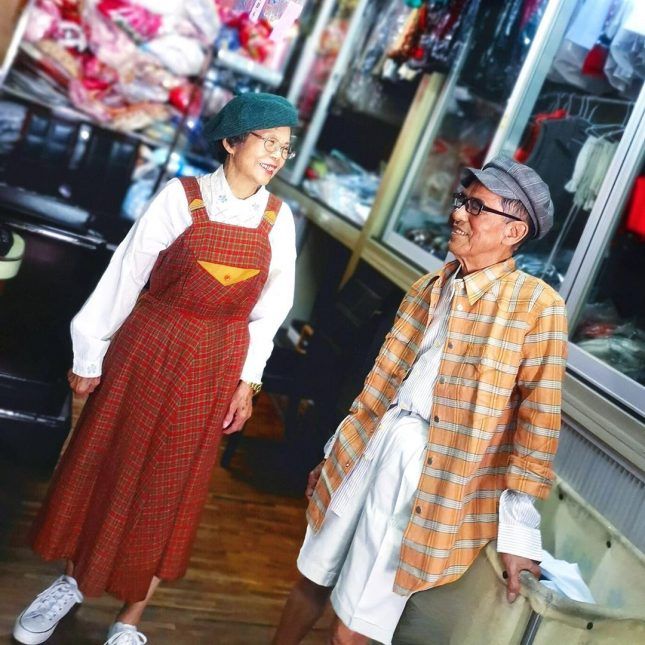 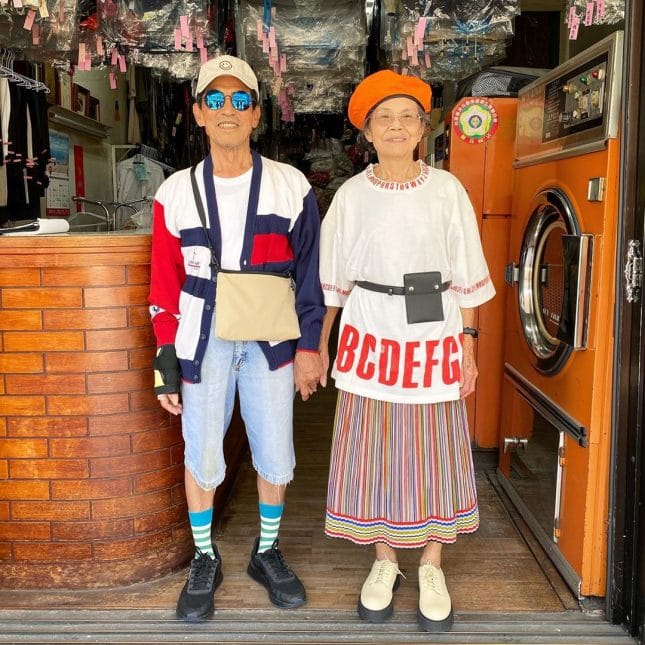 Some customers have returned for their clothes after @wantshowyoung reached the country’s media. In this way, small businesses are also getting a lot of publicity. The Chang grandparents are very happy and grateful for the support they have received from many parts of the world, and they say that their followers are like their new grandchildren. 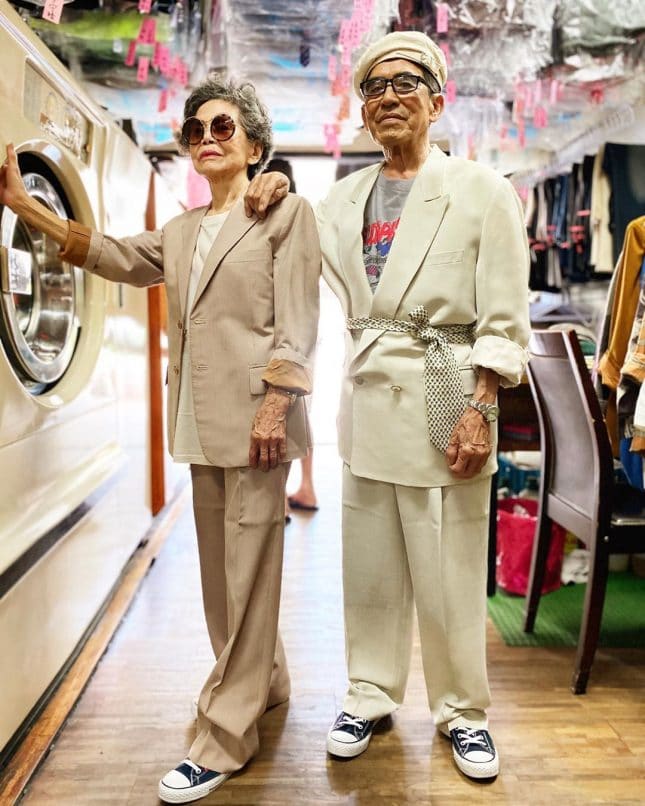 Has Instagram hidden your likes?
Want to meet the four Jägermeister Meisters?
Bad news for music: Daft Punk dissolves
We talk W/ Johnny Garso
Ballantine’s introduces a bottle designed by Joshua Vides
Camper presents the “Made to Walk Again” collection
Want more engaging content on your Instagram?
Valentine’s Day is here, Bimba y Lola is here!
Take a look at Ikea’s first rolling mini-home
Goodbye to share your Instagram posts on stories
The spectacular location of Inditex’s next shops in Madrid
Michael Jackson, the 90’s King of Pop is back