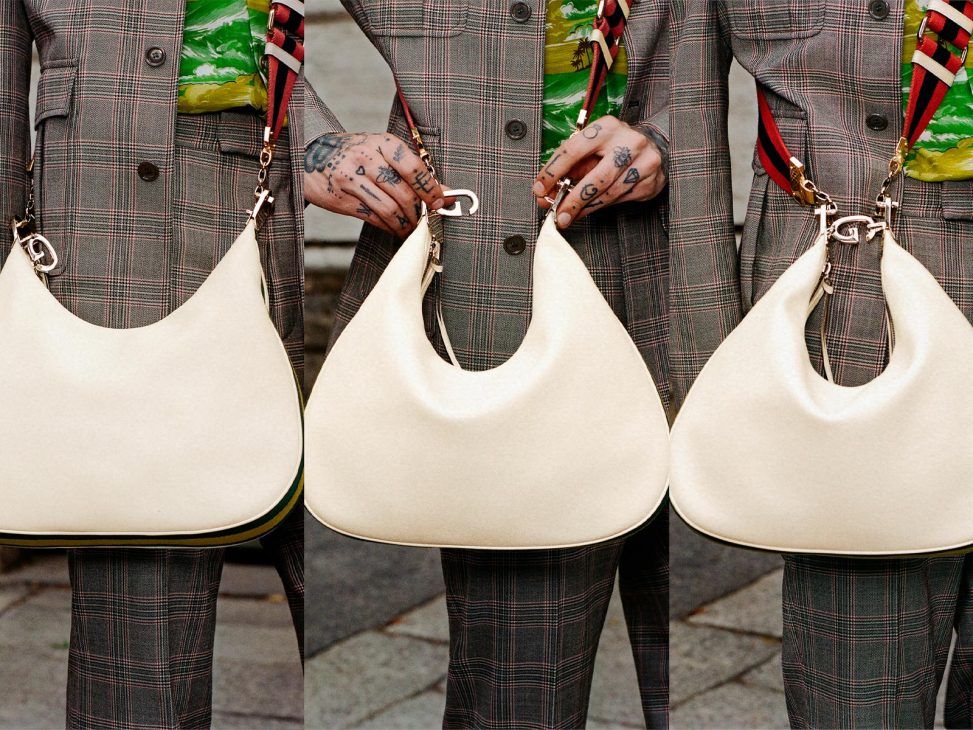 Gucci Attache, an object of desire

A contemporary design piece born from an understanding of a modern attitude and the intentional reclaiming of a historic archival object. Gucci Attache is a bag that reinterprets the House’s tradition and code system while bringing to the present a silhouette inspired by the intuition and attitude of the seventies. All this through a narrative and a gesturality that escapes the confines of gender, whether feminine or masculine. 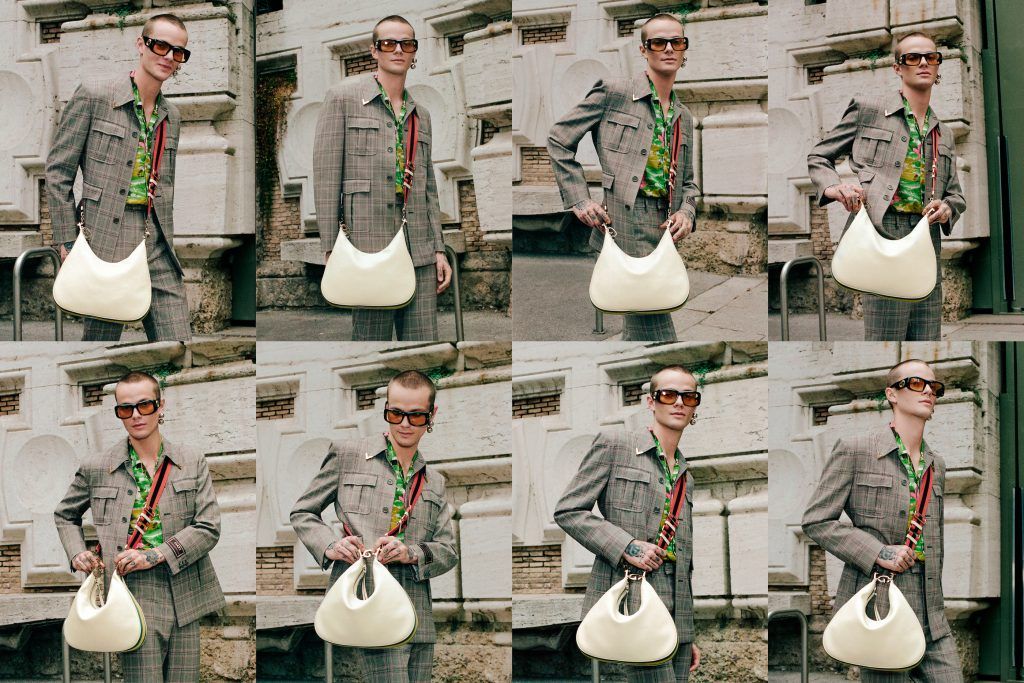 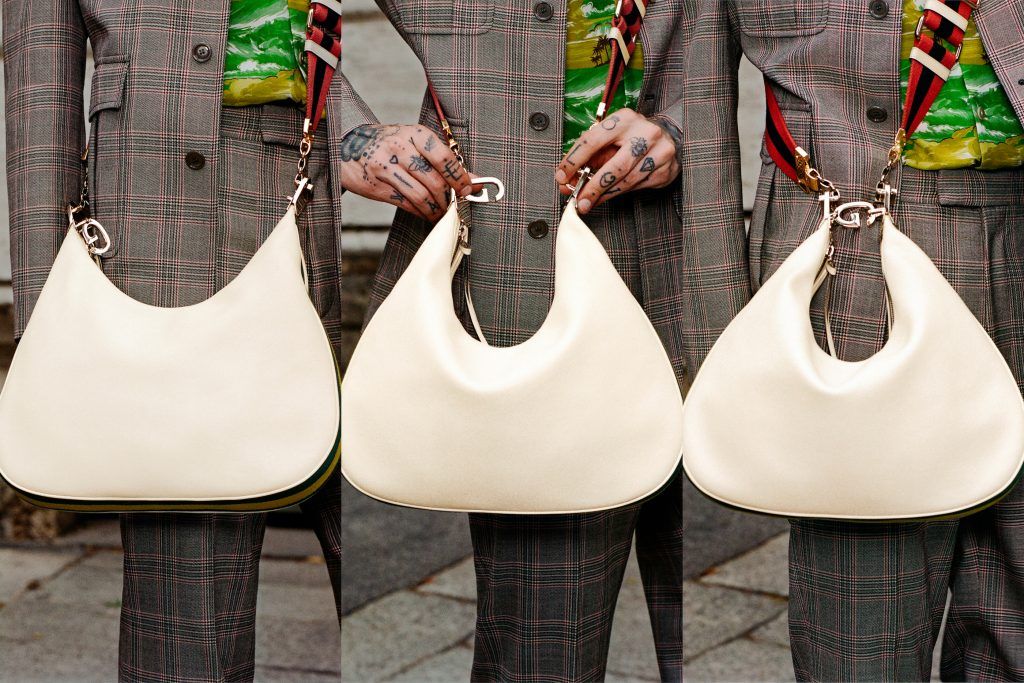 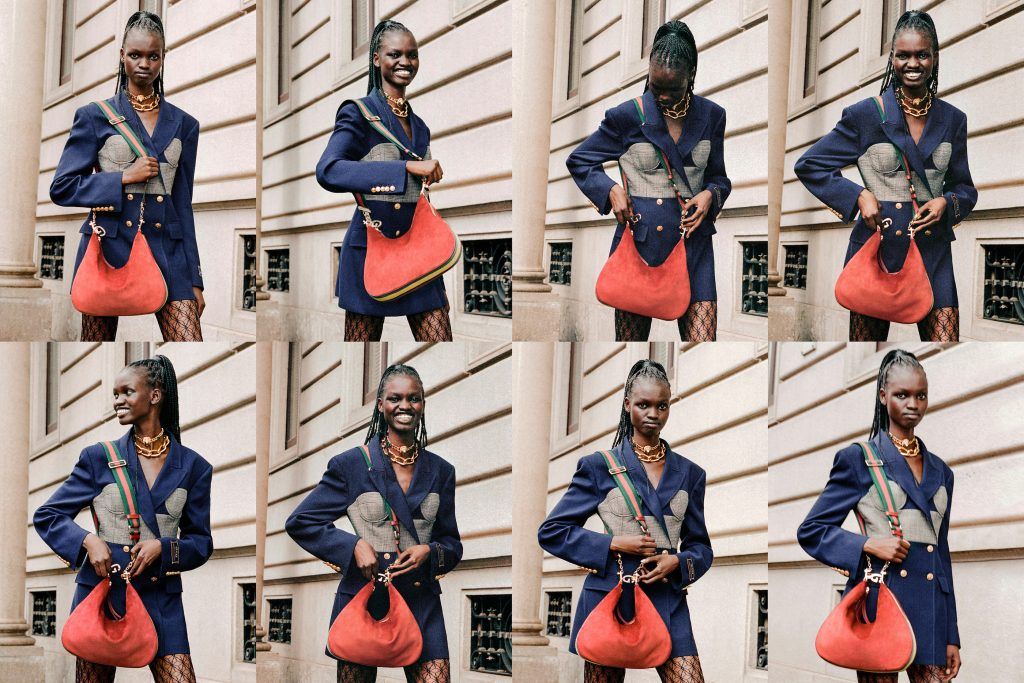 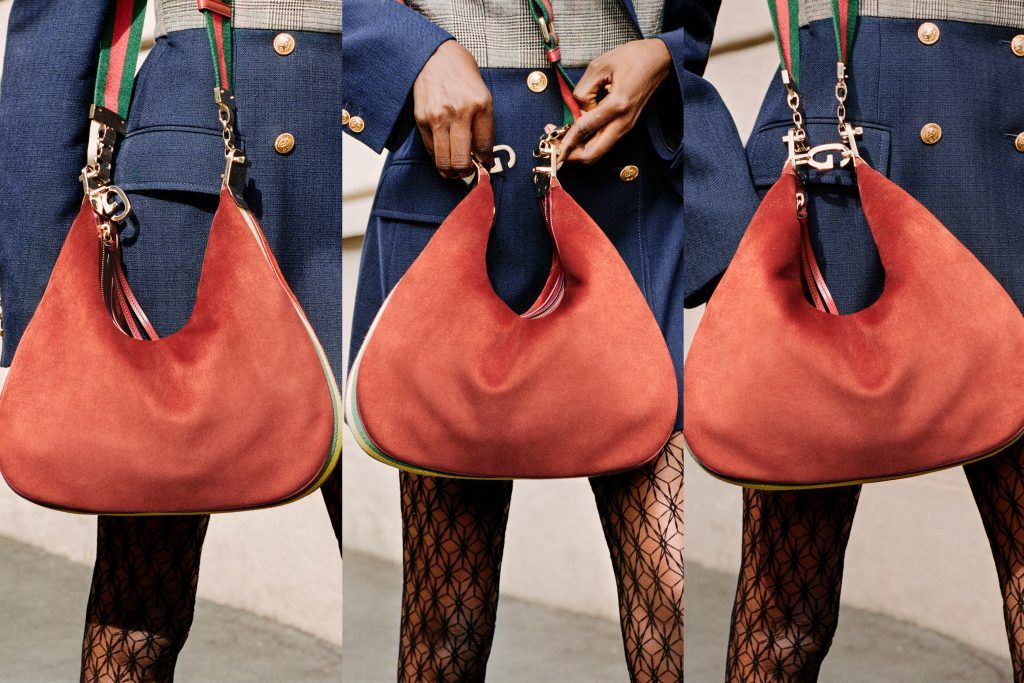 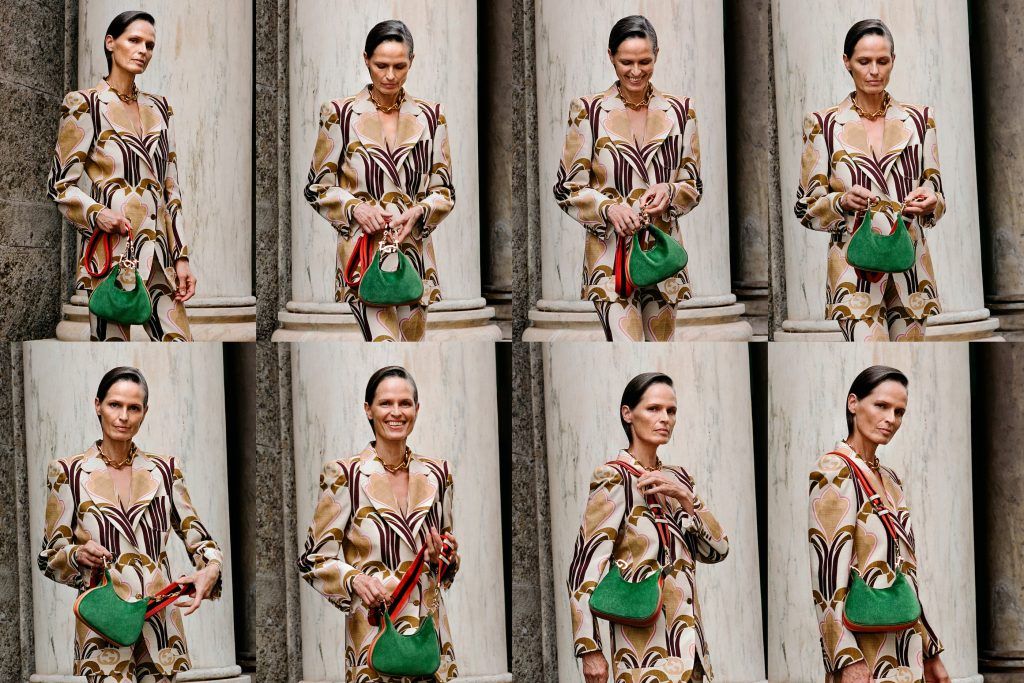 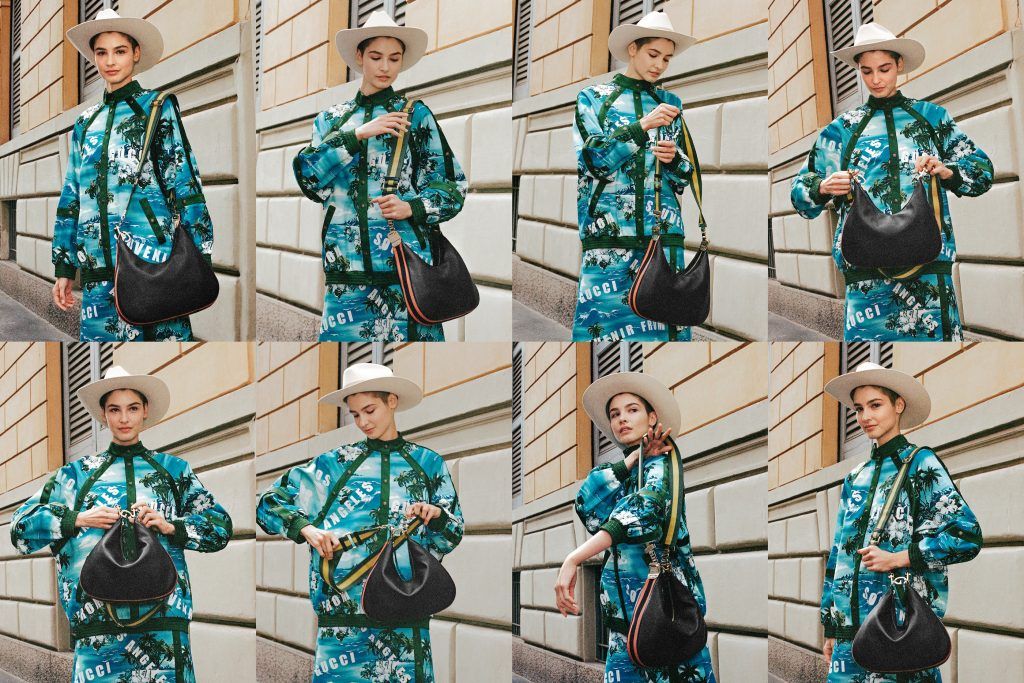 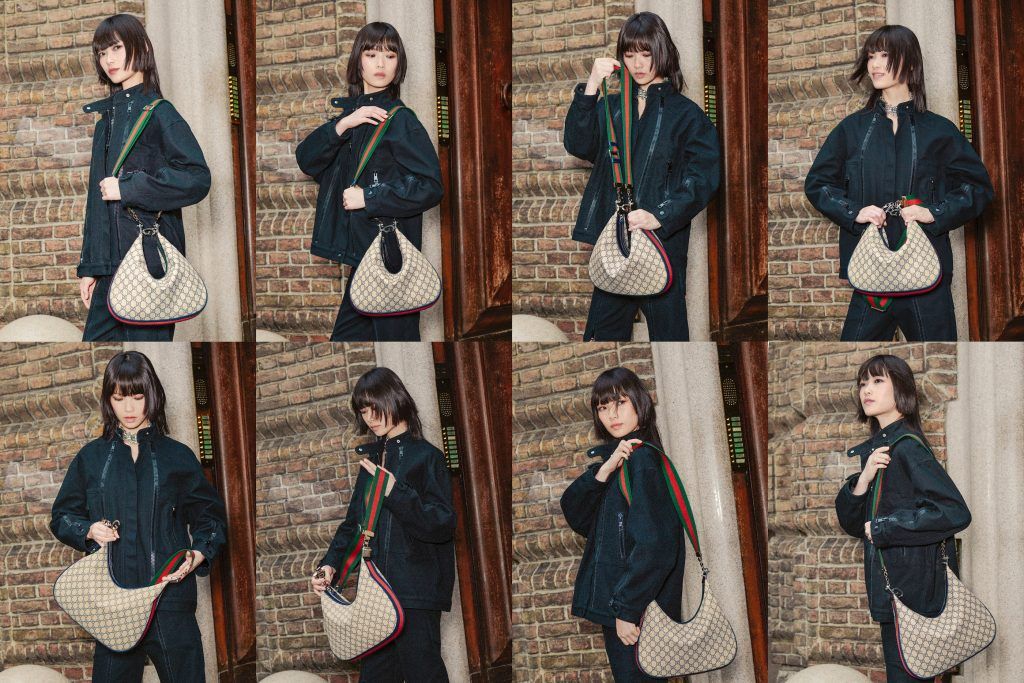 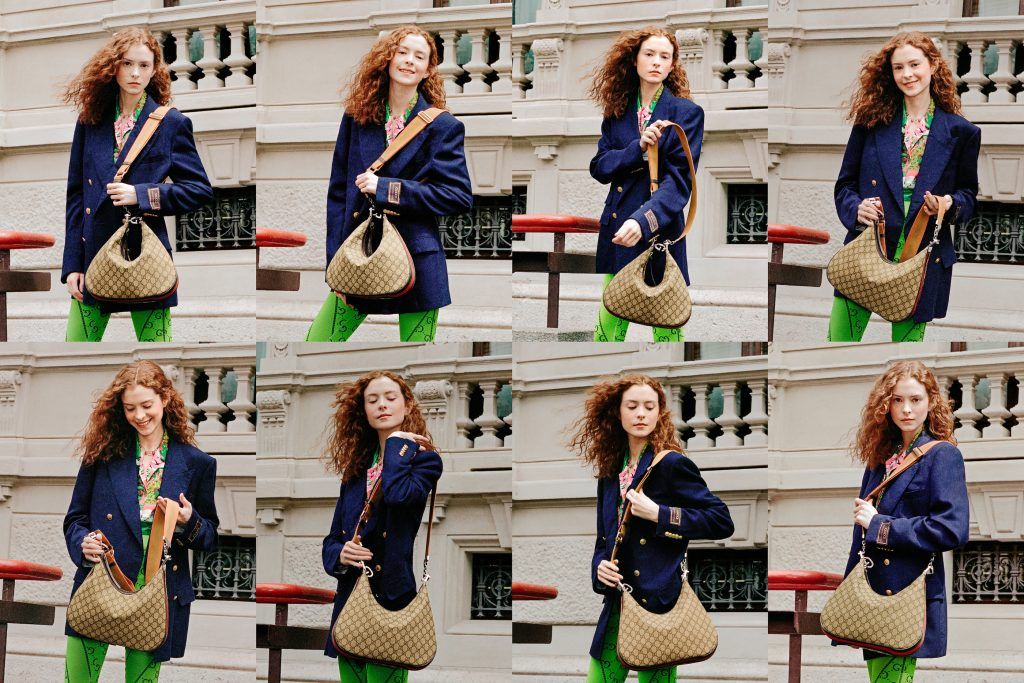 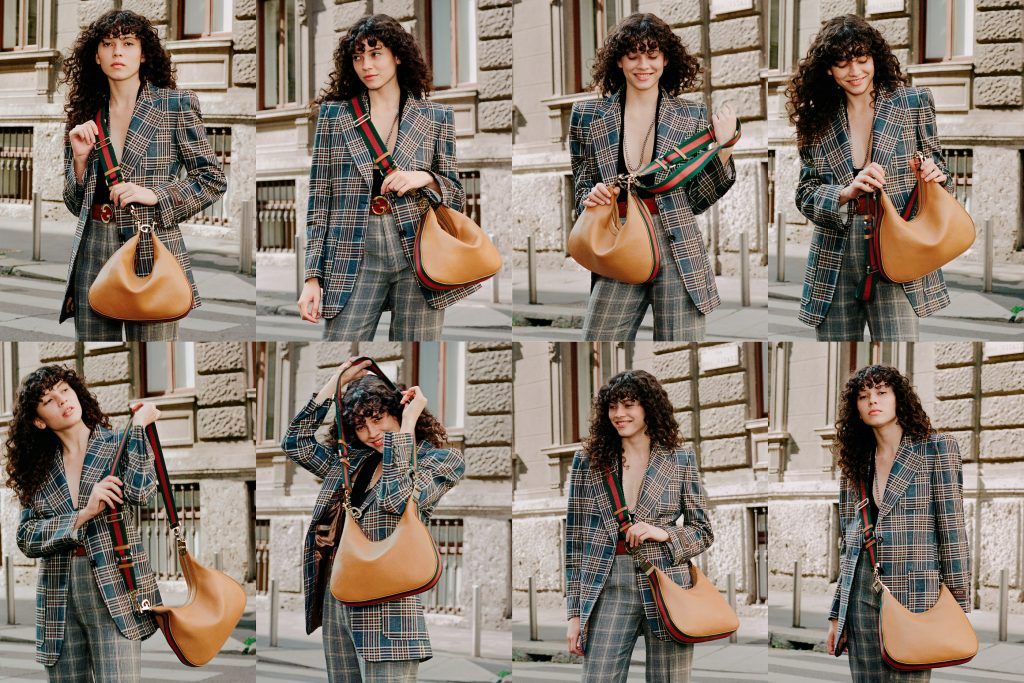 Attache, as ‘hook‘ in French, as the geometry with which, through the power of symbols, it can be defined as onomatopoeic in that it closes on itself like a hook. Or like the metallic hook that ties both corners together. Thus, Attache is a bag that emerges from a half-moon design circumscribed by the Gucci triband and characterised by a metallic G that opens and closes its silhouette.

Versatile as a symbol, both in shape and volume, the Gucci Attache represents the essence of a very modern attitude and gesture. Both in its medium and small sizes and in the different ways it can be worn. Whether shoulder or cross-body, the line exhibits the charm that only objects with a dual function possess.

“I was fascinated by this bag as soon as I saw it by chance in the House’s archive. I immediately had the desire to reinterpret it and include it in the Love Parade collection for the Los Angeles mod show. Its silhouette, typical of the 1970s, projects a very modern attitude that prompted me to create an eclectic symbol that could embody the idea of a dual function. The mechanical G-shaped clasp serves as a link between the bourgeois spirit of such an object and the functionality of the utilitarian world,” says Alessandro Michele.

With its interchangeable straps – leather or tri-band – that allow it to be worn as a handbag or shoulder bag, the Gucci Attache is a transportable and ergonomic design item that lives in contact with the body. A perfect silhouette to include in a hypothetical collection of objects of desire or, to put it another way, of those wonderful, useful and inseparable objects that bags are in contemporary culture.

The Gucci Attache stars in an advertising campaign captured by photographer and art director Max Siedentopf against a metropolitan backdrop. Siedentopf highlights the same symbols that imbue the bag itself with meaning: references and perspectives that, together, bring to life that glam utility that is nothing more than the expression of a culture of appearance and practice. Two elements that create a desire for beauty.