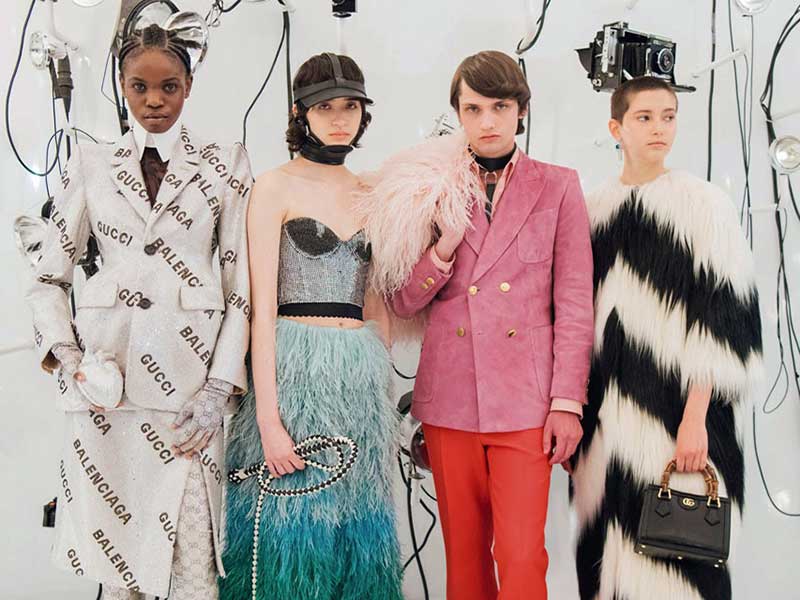 Gucci celebrates 100 years of history and what better way to commemorate the event than #GucciAria. The new from Alessandro Michele not only embraces the past by rescuing Tom Ford’s sexual tension and equestrian imagery, but also experiments to write a new legacy. 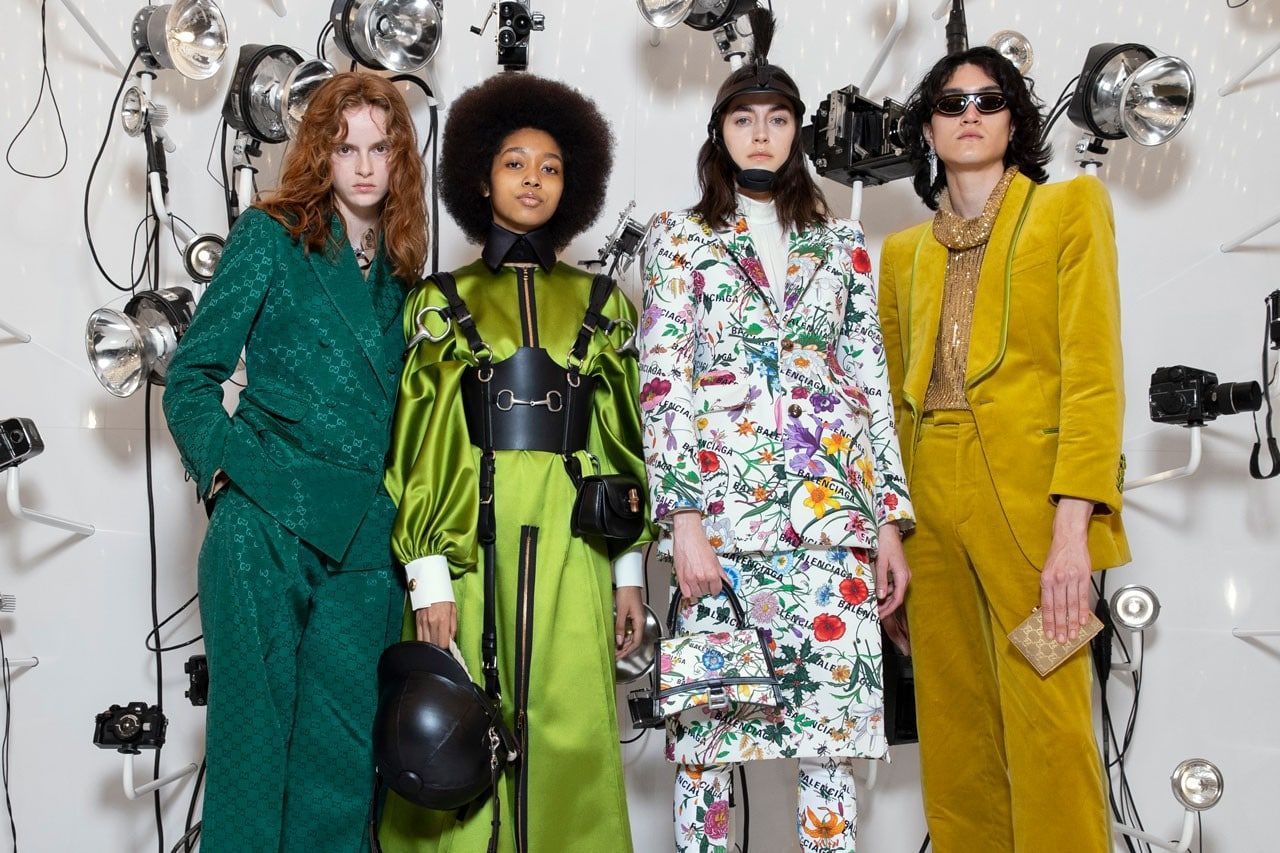 It’s been a century since Guccio Gucci opened his eponymous leather goods store in Florence, so it was time to celebrate. The first event that pays tribute to these “hundred revolutions of the Earth that defy the flow of time” that Alessandro Michele refers to is #GucciAria. In this new collection, the creative director not only appeals “to the maternal womb, but also to becoming another.” For this reason, he has immersed himself in a laboratory of experimentation in which he says he has “embraced the roots of the past to create unexpected inflorescences, carving matter through grafting and pruning.” 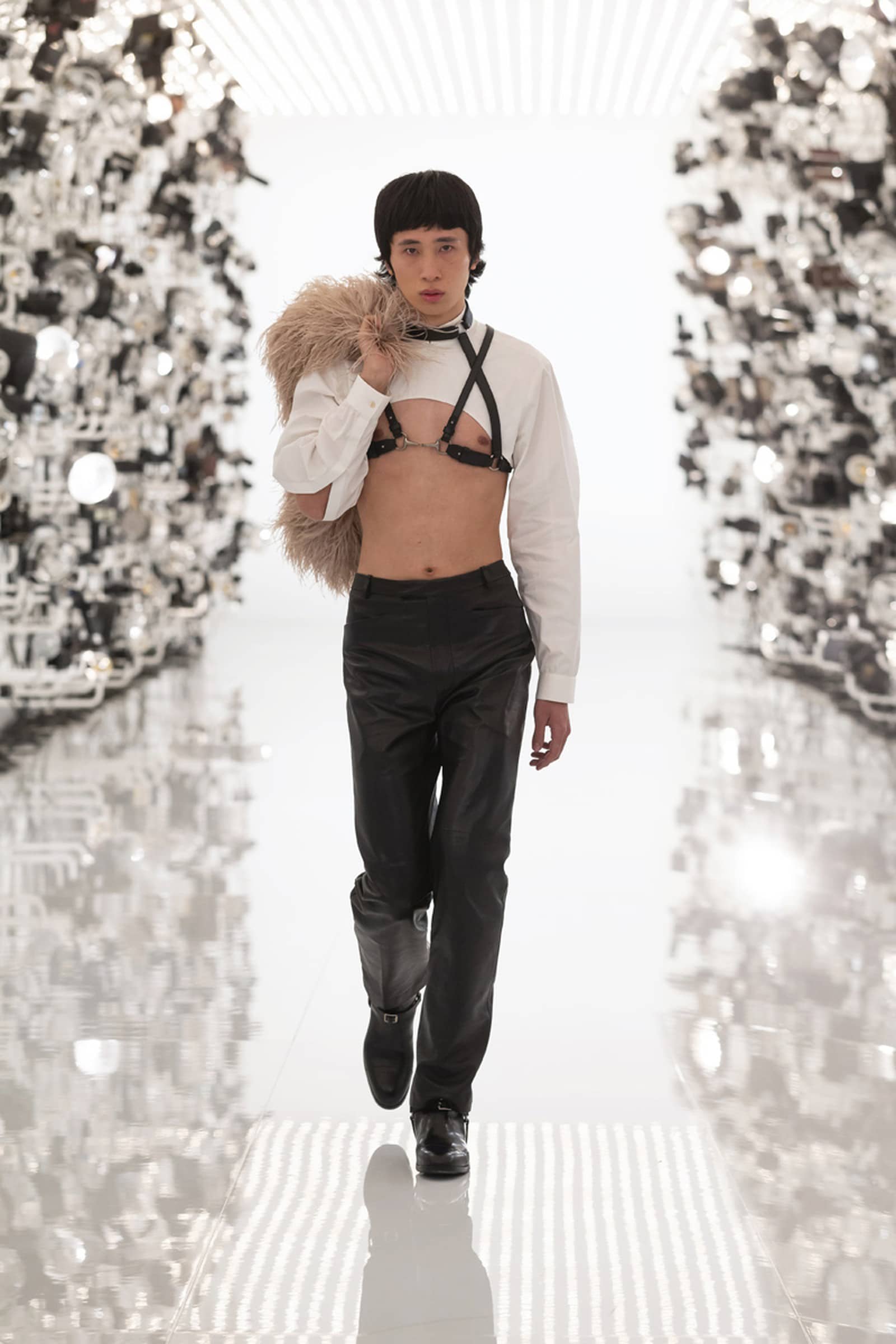 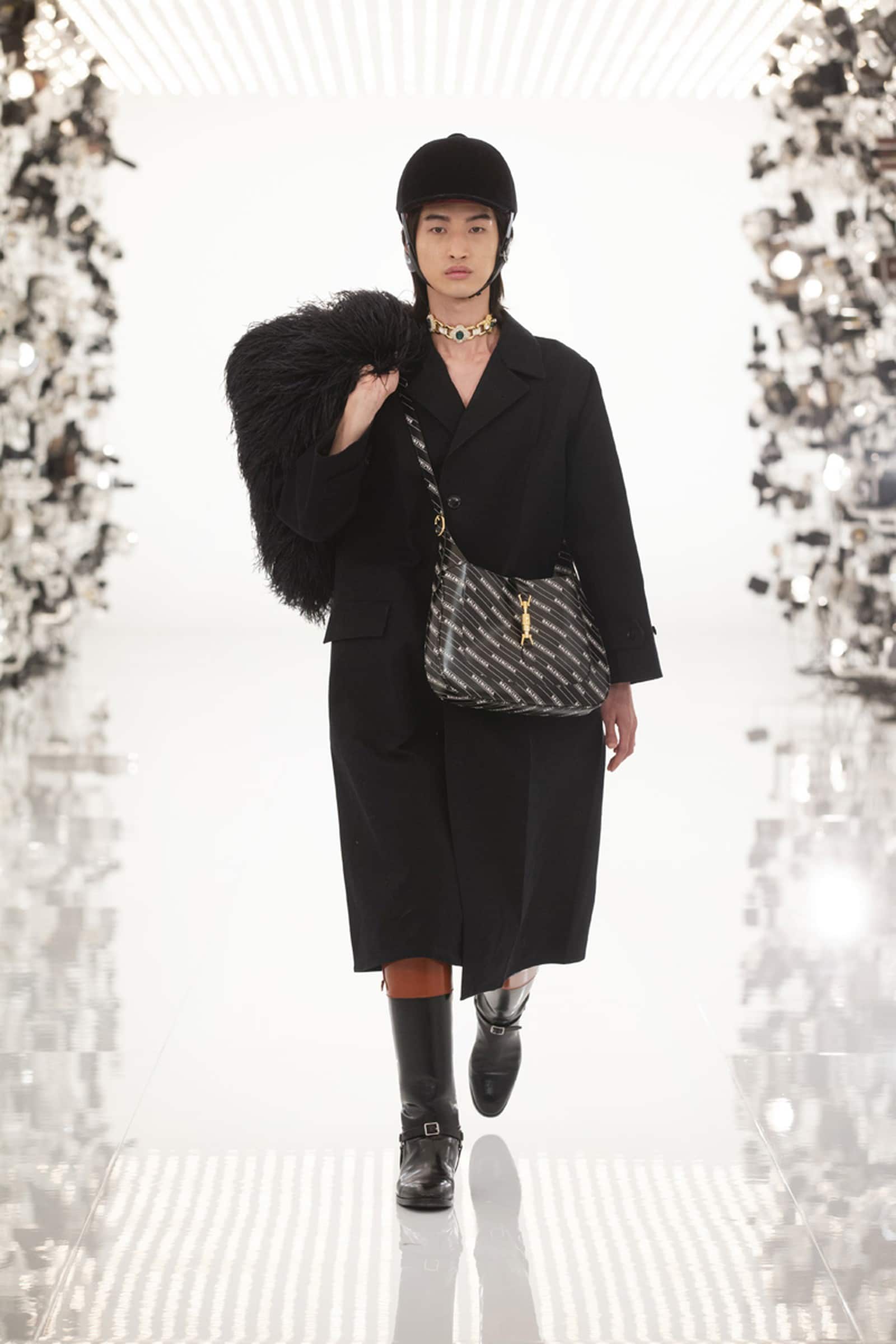 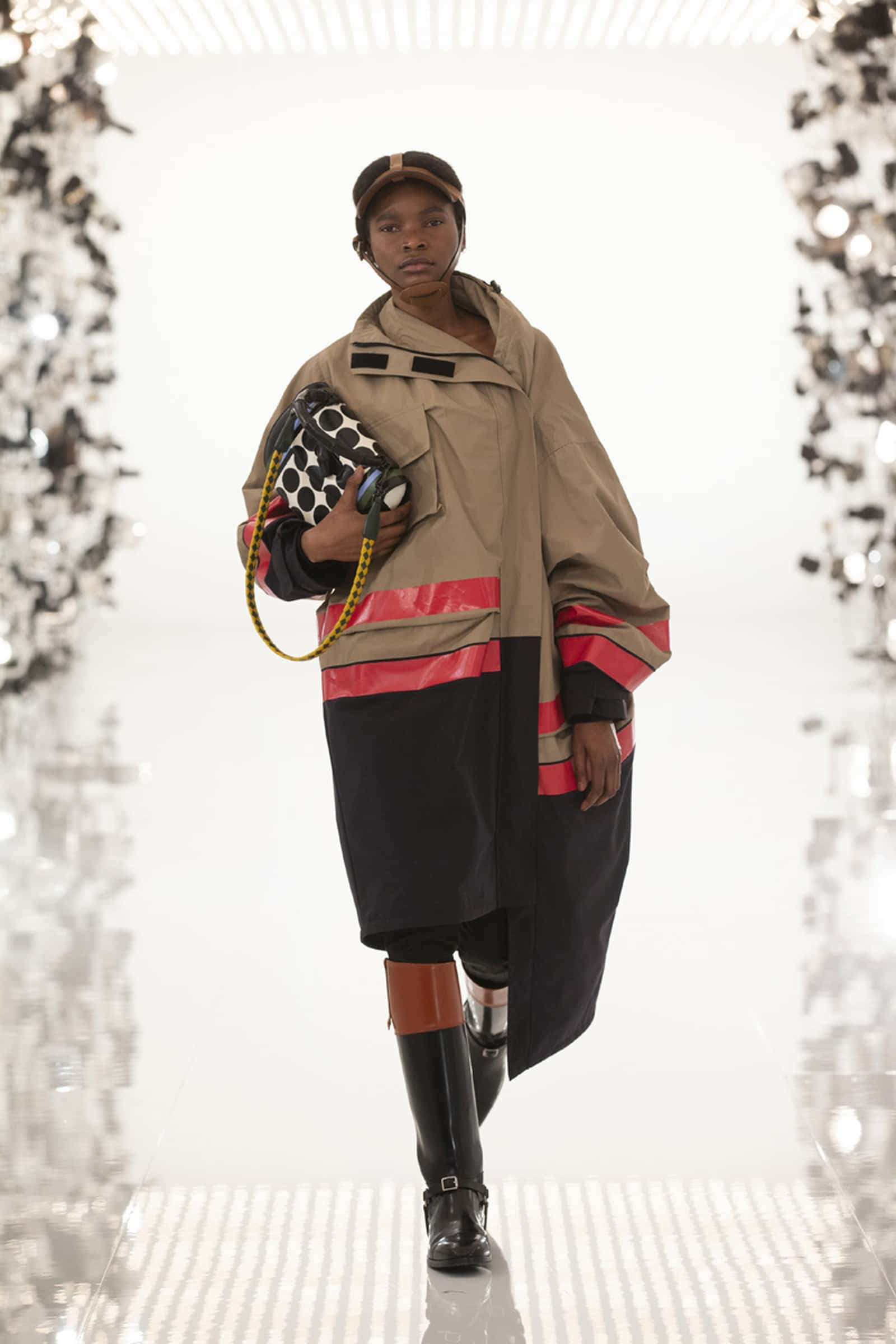 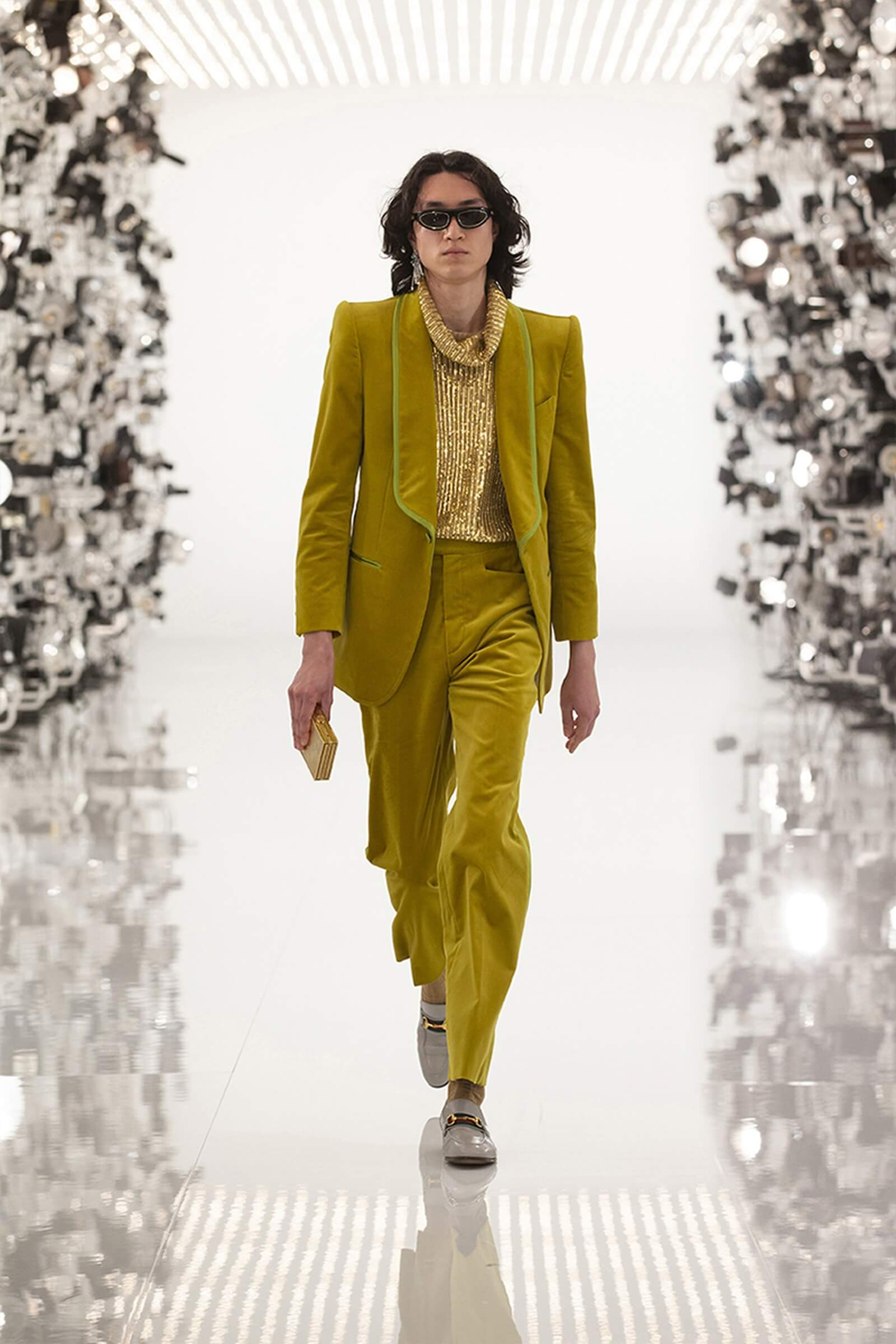 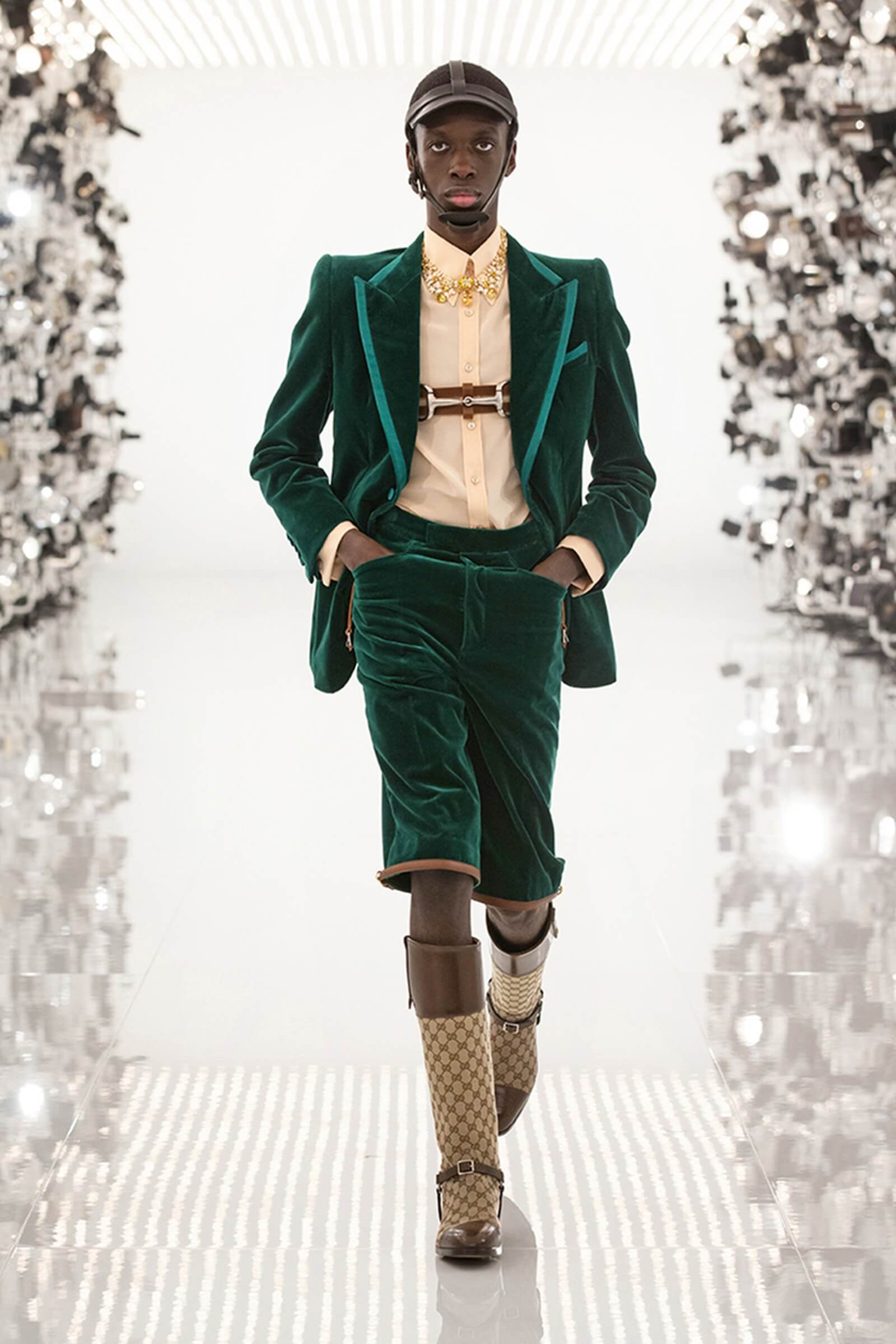 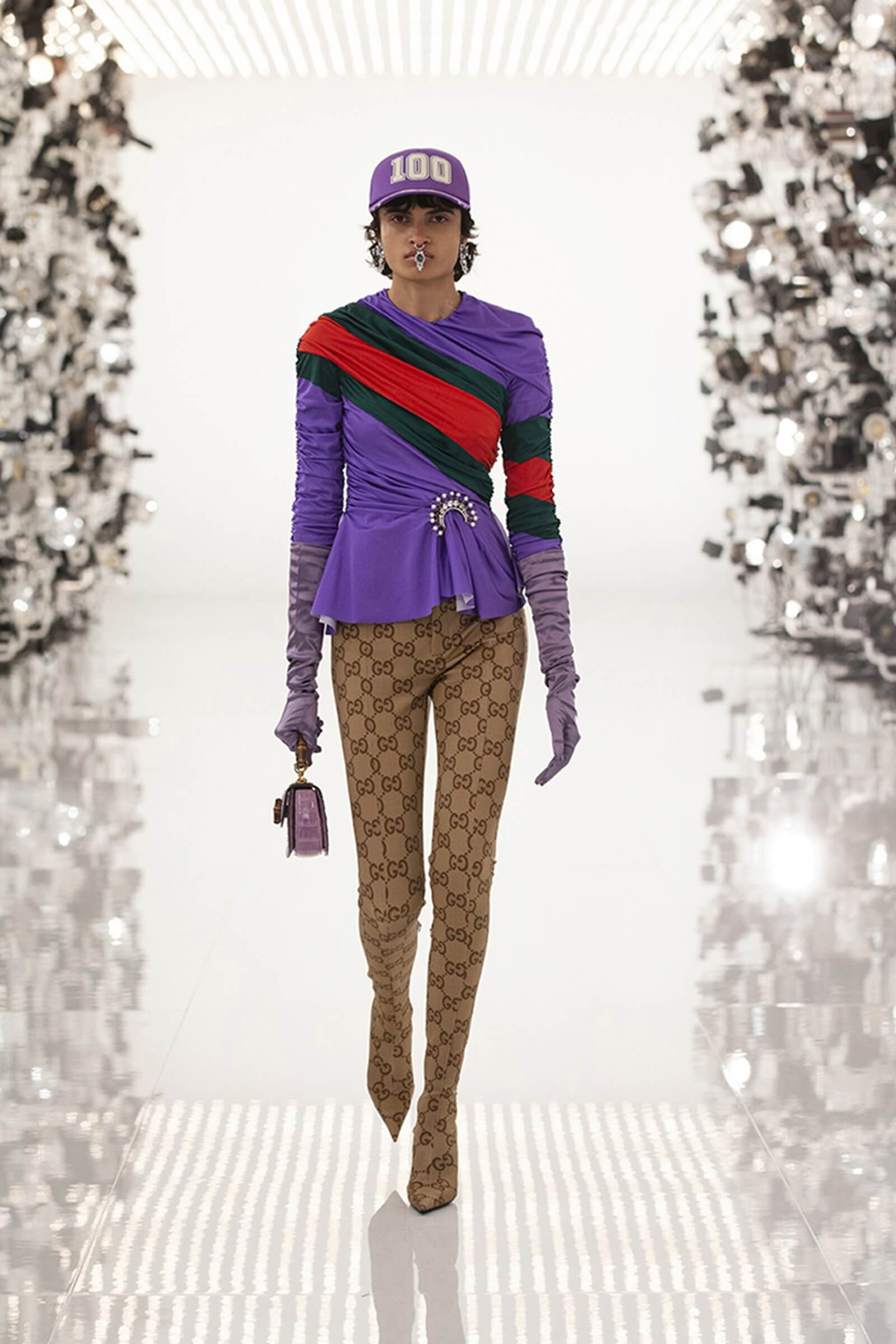 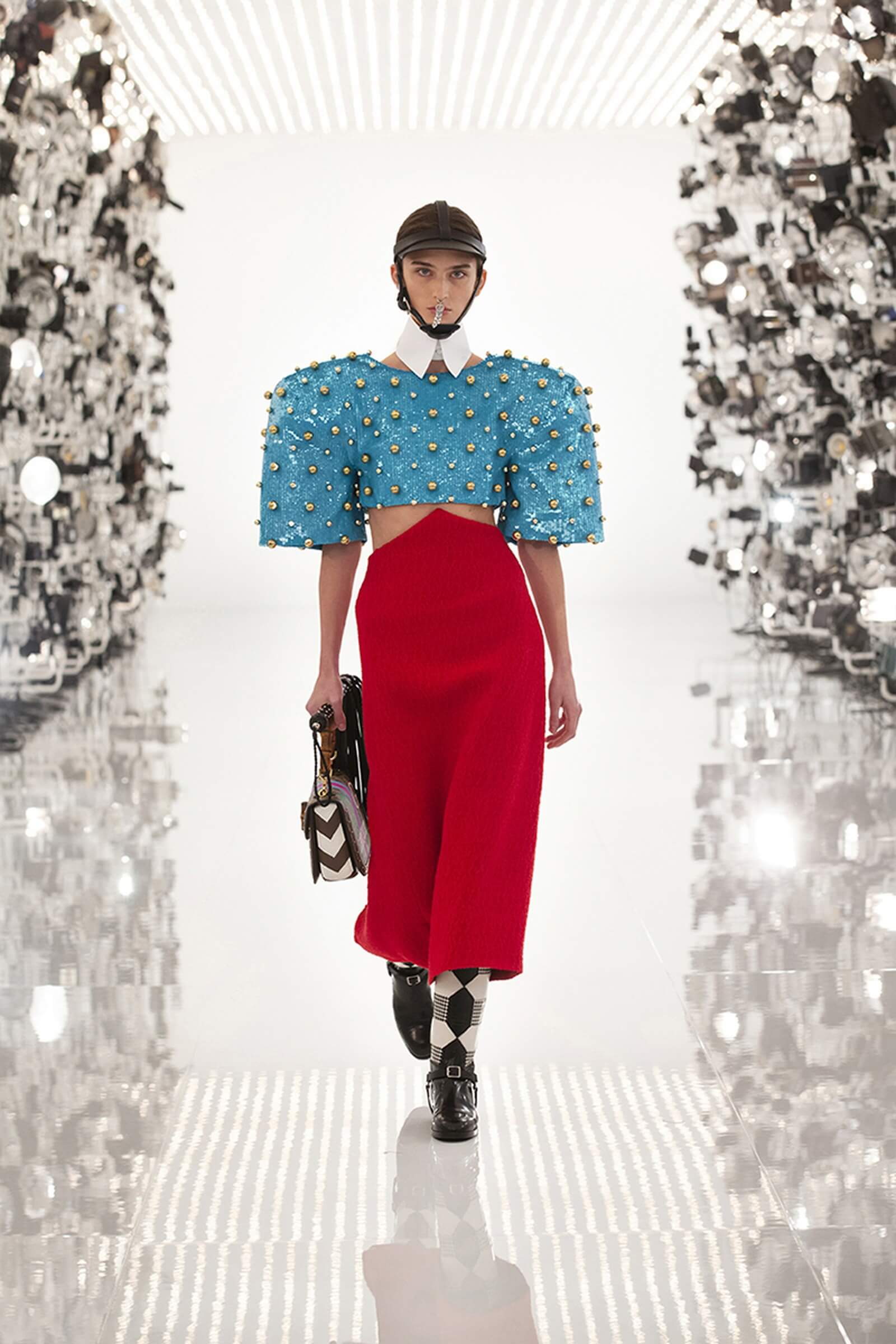 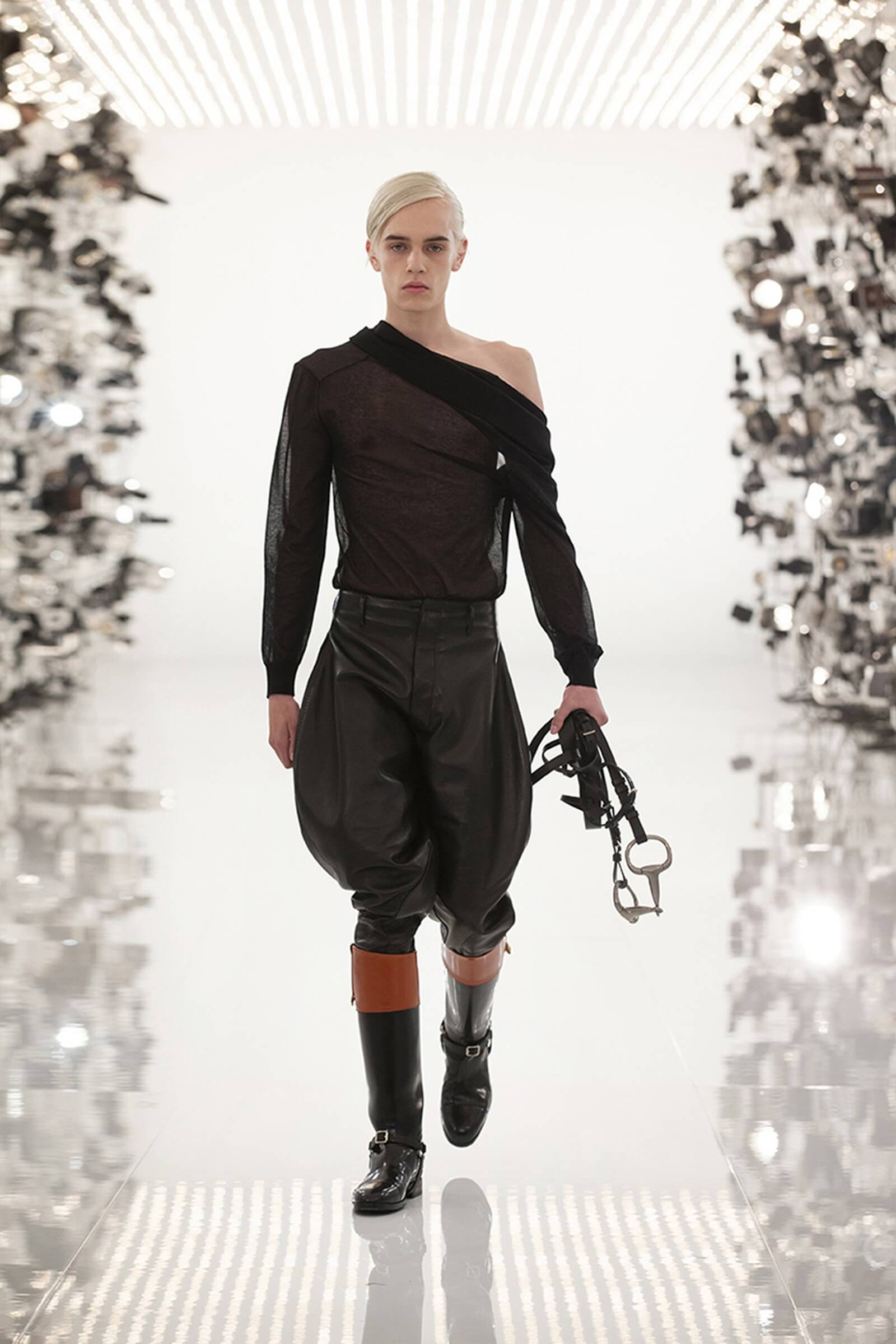 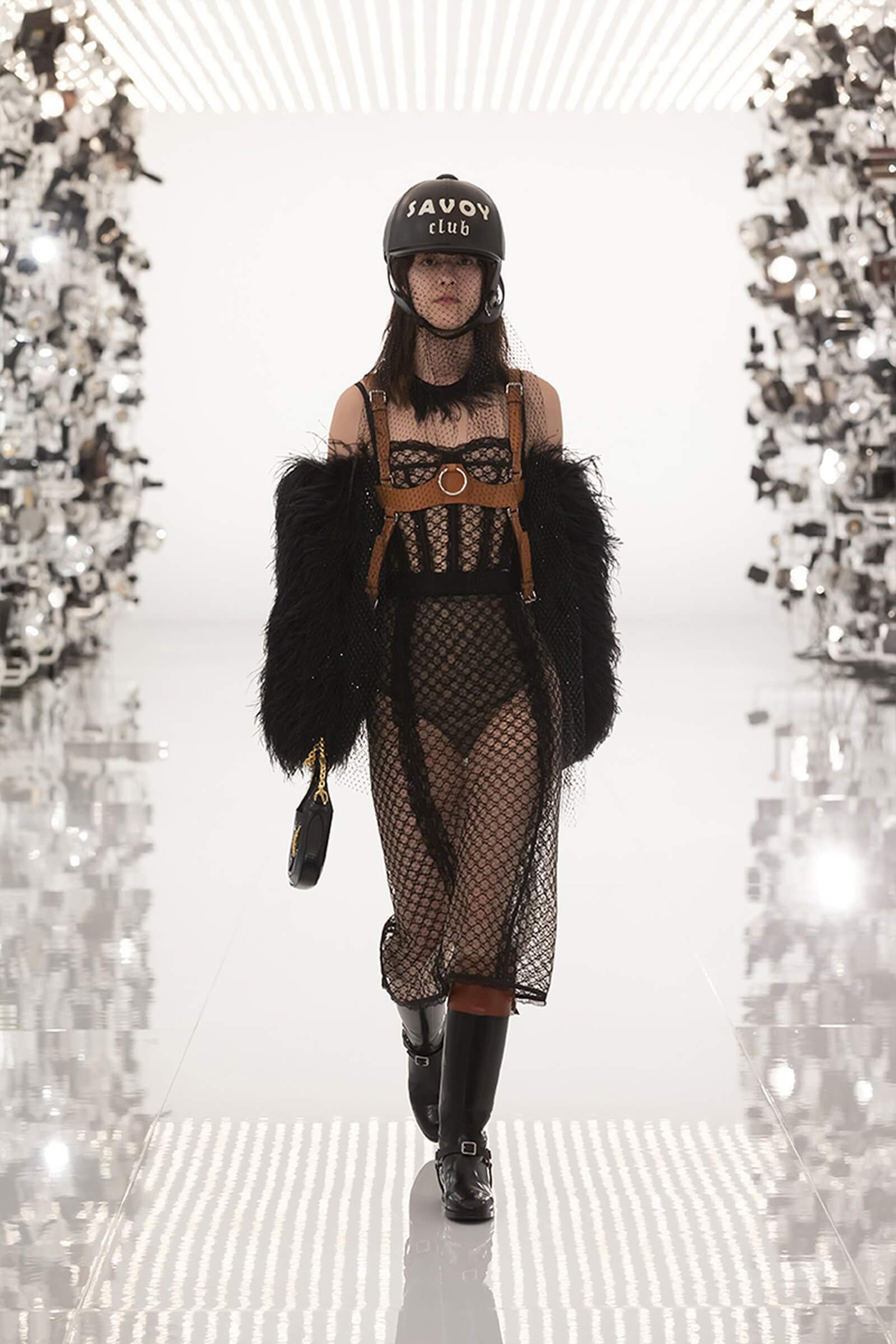 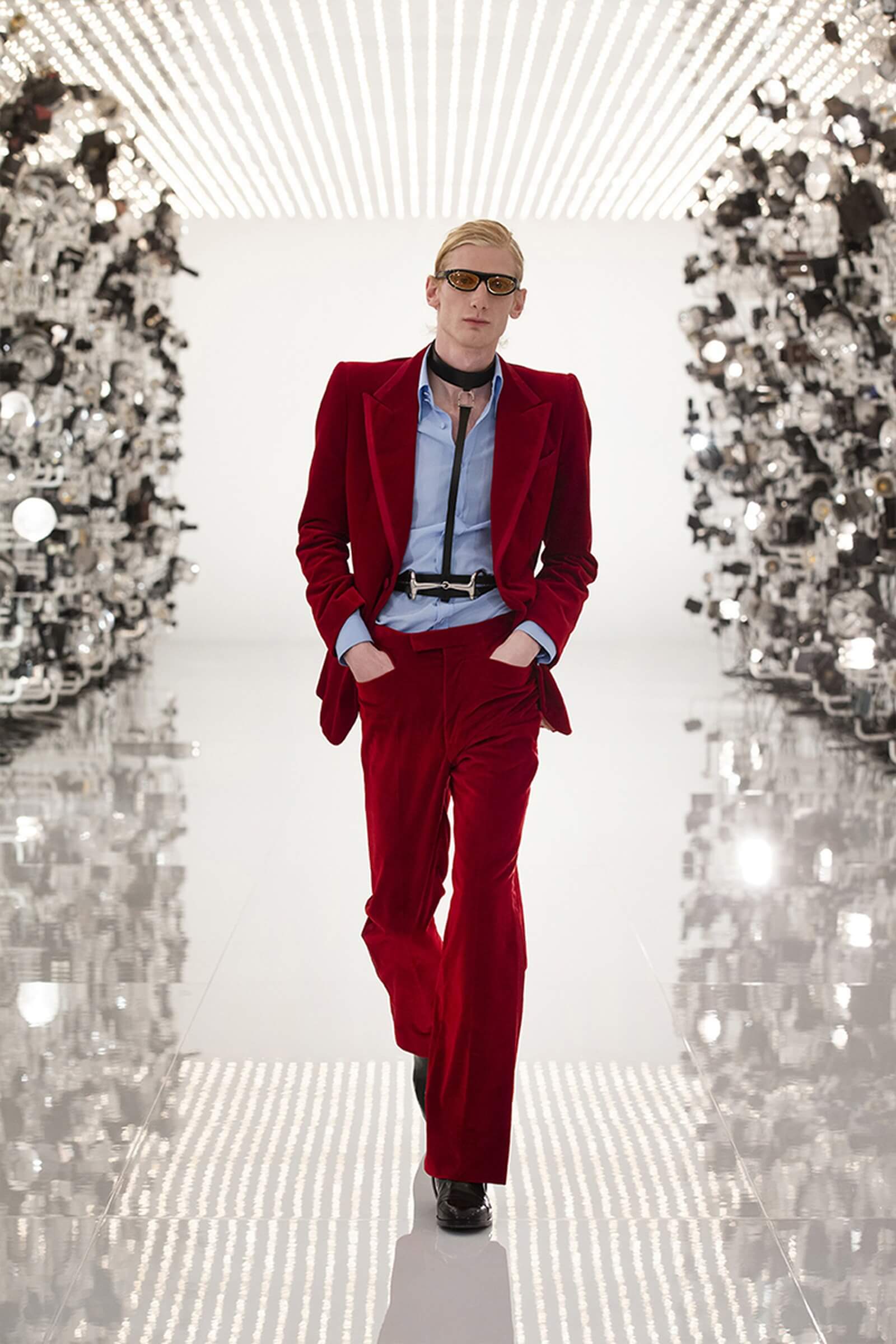 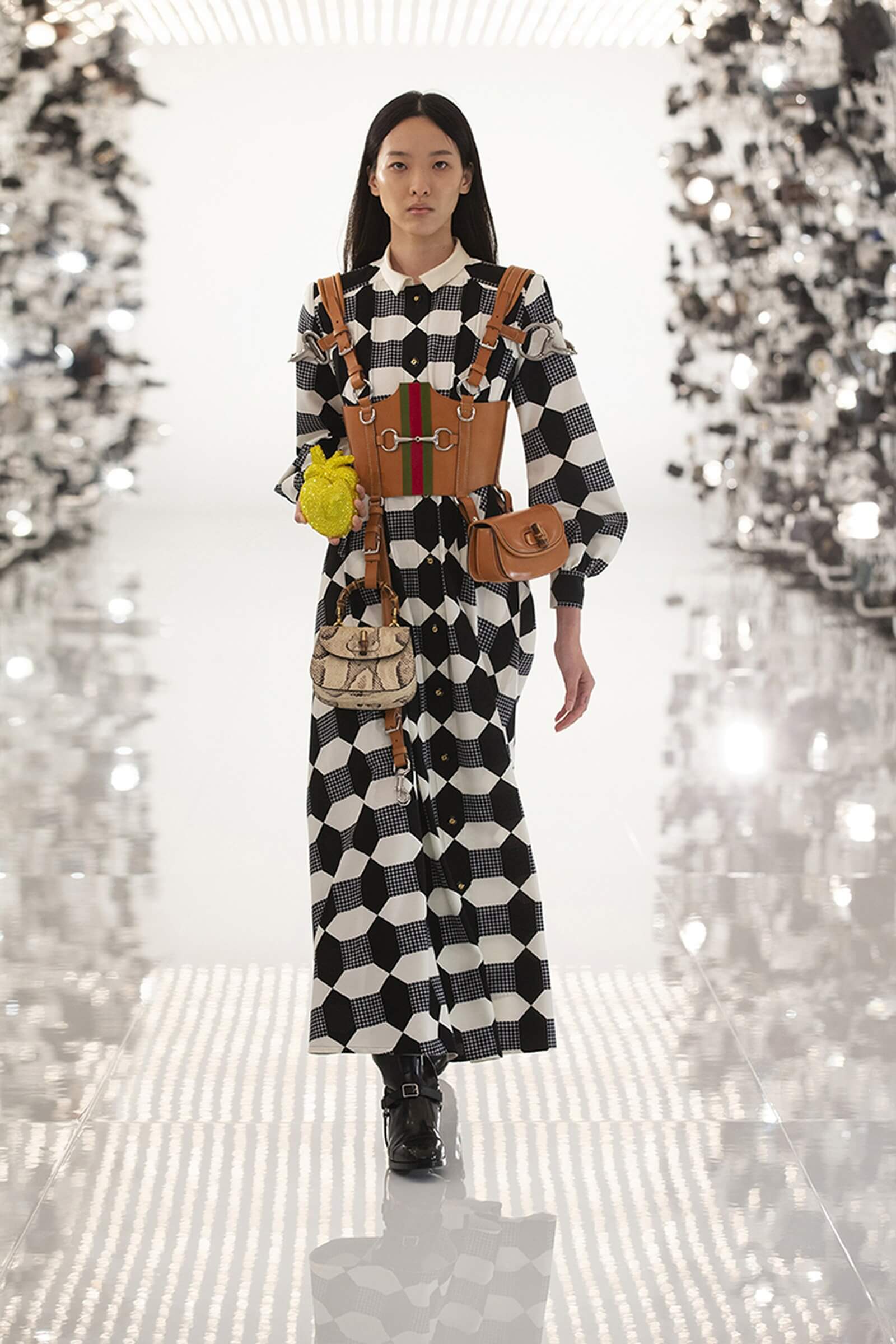 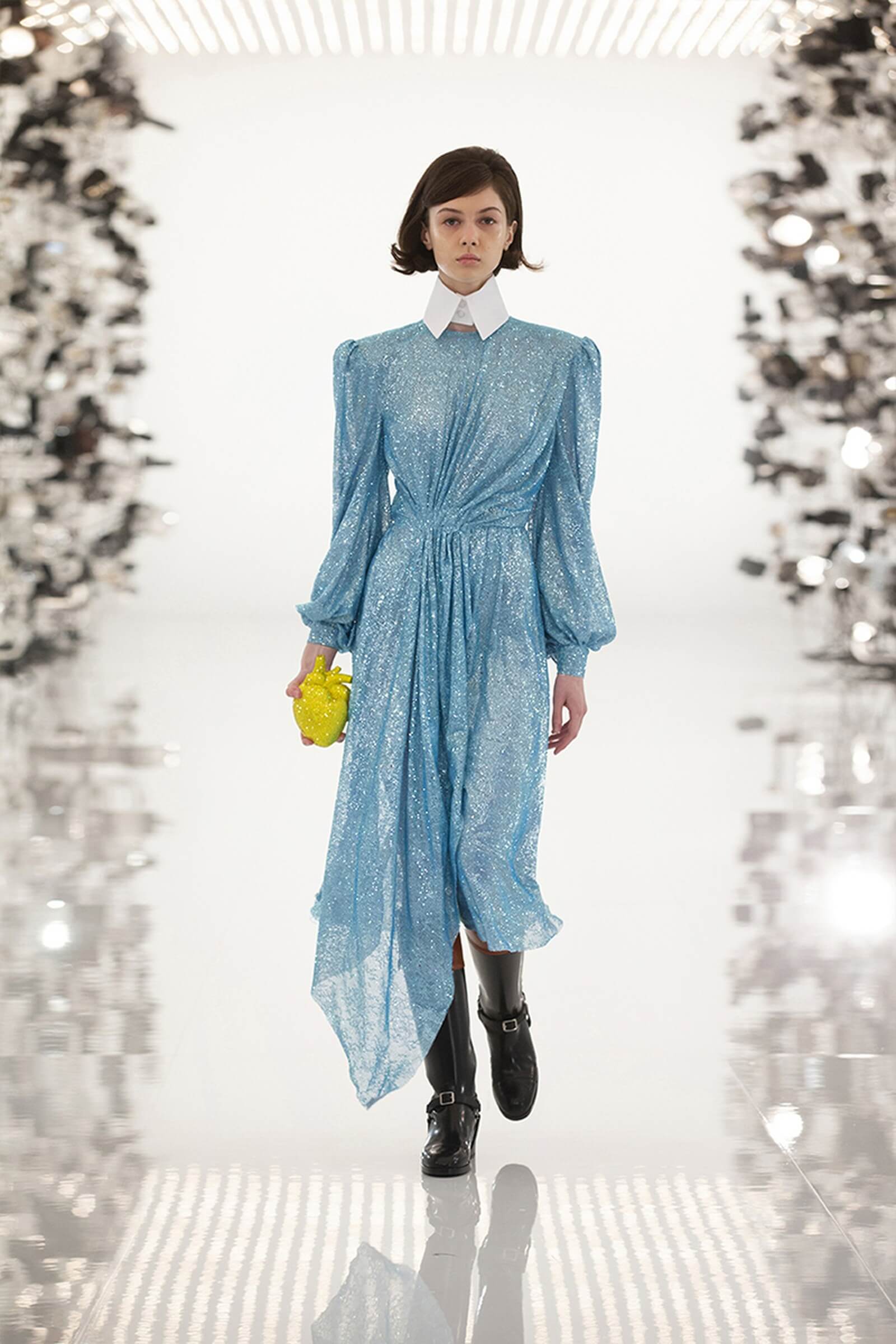 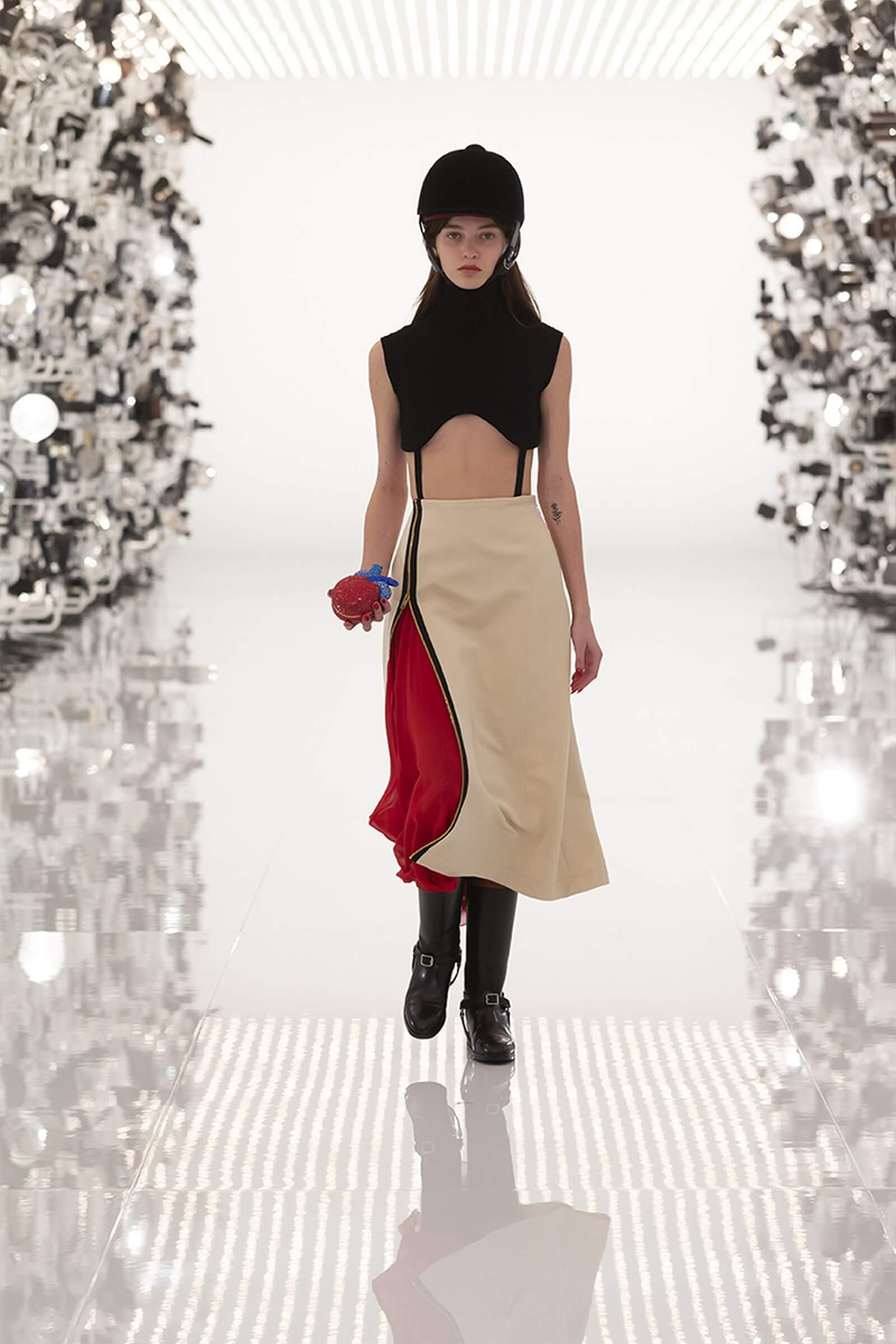 The end result? A proposal that brings back the essential codes that have built Gucci’s identity. And of course, it marks a new chapter for the brand for the future. On the one hand, the equestrian universe has been one of the protagonists through helmets or boots and also through a fetishist look: bridles, whips, harnesses… Tom Ford’s sexual tension in the Italian house could not be missing in this fashion show either. In fact, one of the most commented looks in networks has been the maroon velvet two-piece, which refers to the model presented by the American for the FW96 season.

On the other hand, glitter has been another essential ingredient in this celebration. Therefore, sequins have filled skirts, coats, gloves, dresses …. And accessories such as bags in the shape of a human heart or pieces of high jewelry stand out for their brilliance.

Gucci and the hacking of Balenciaga

Beyond celebrating the past, #GucciAria has also confirmed the latest rumors about its collaboration with Balenciaga, even if they prefer to call it a “hack.”  As Michele has explained, he has dedicated himself to “plundering Demna Gvasalia’s nonconformist rigor”. That’s why he has included some of his designs for Balenciaga in the new collection. The anorak with dropped shoulders and the coat pieces with marked silhouettes have been some of them. And also new ones like the Balenciaga Hourglass bag with the Gucci monogram, the jewelry or the two-piece suit jackets in which the logos of both brands coexist. 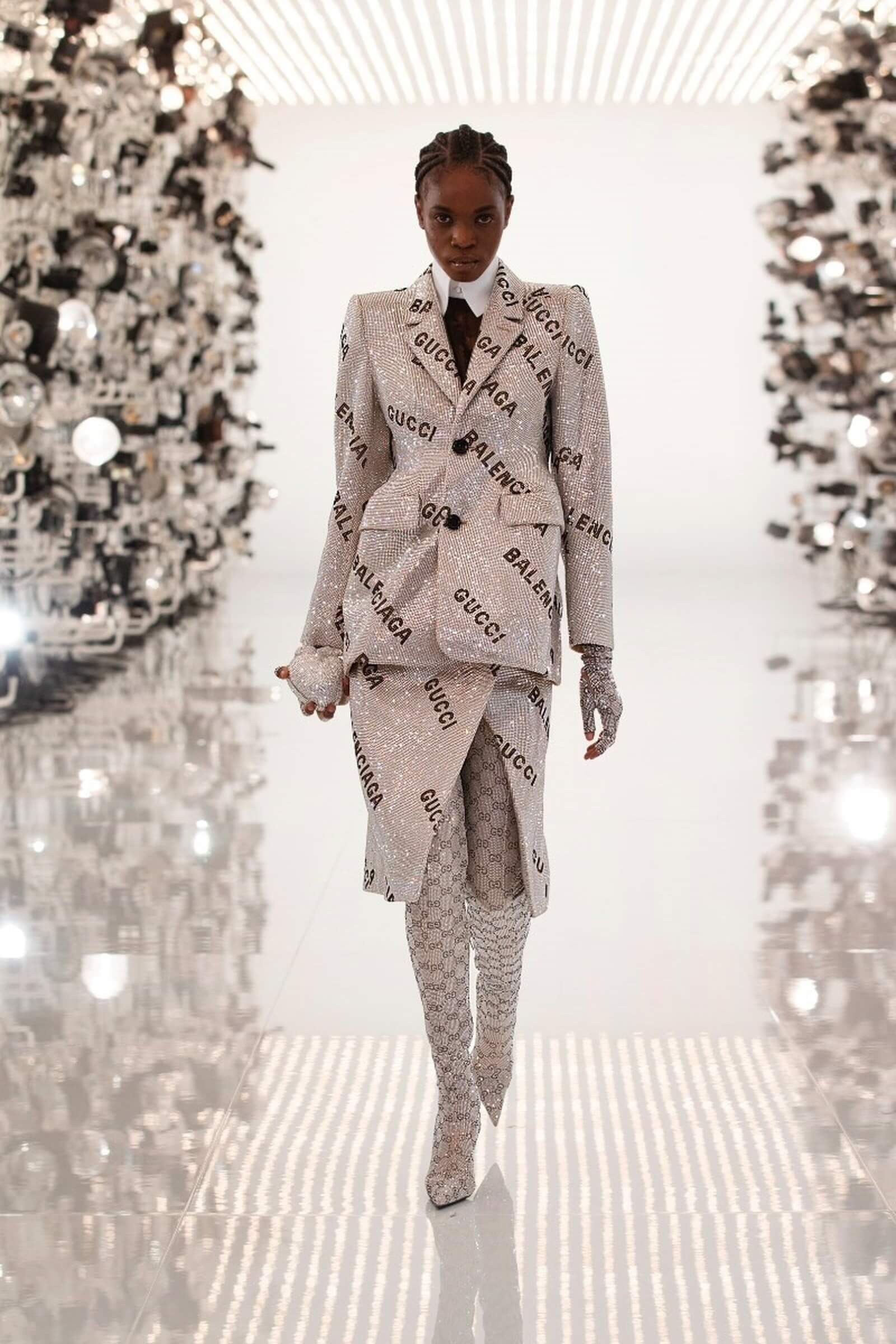 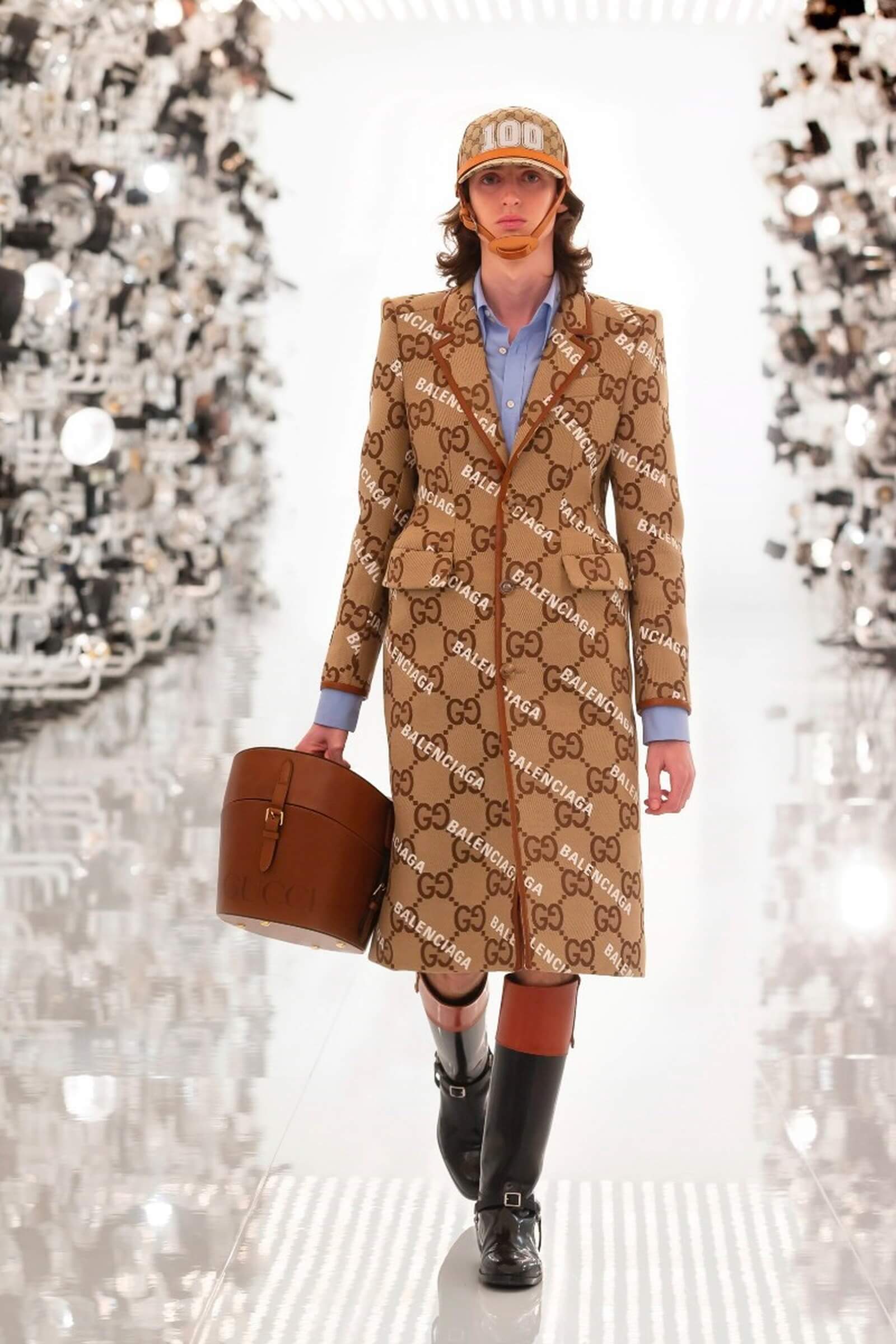 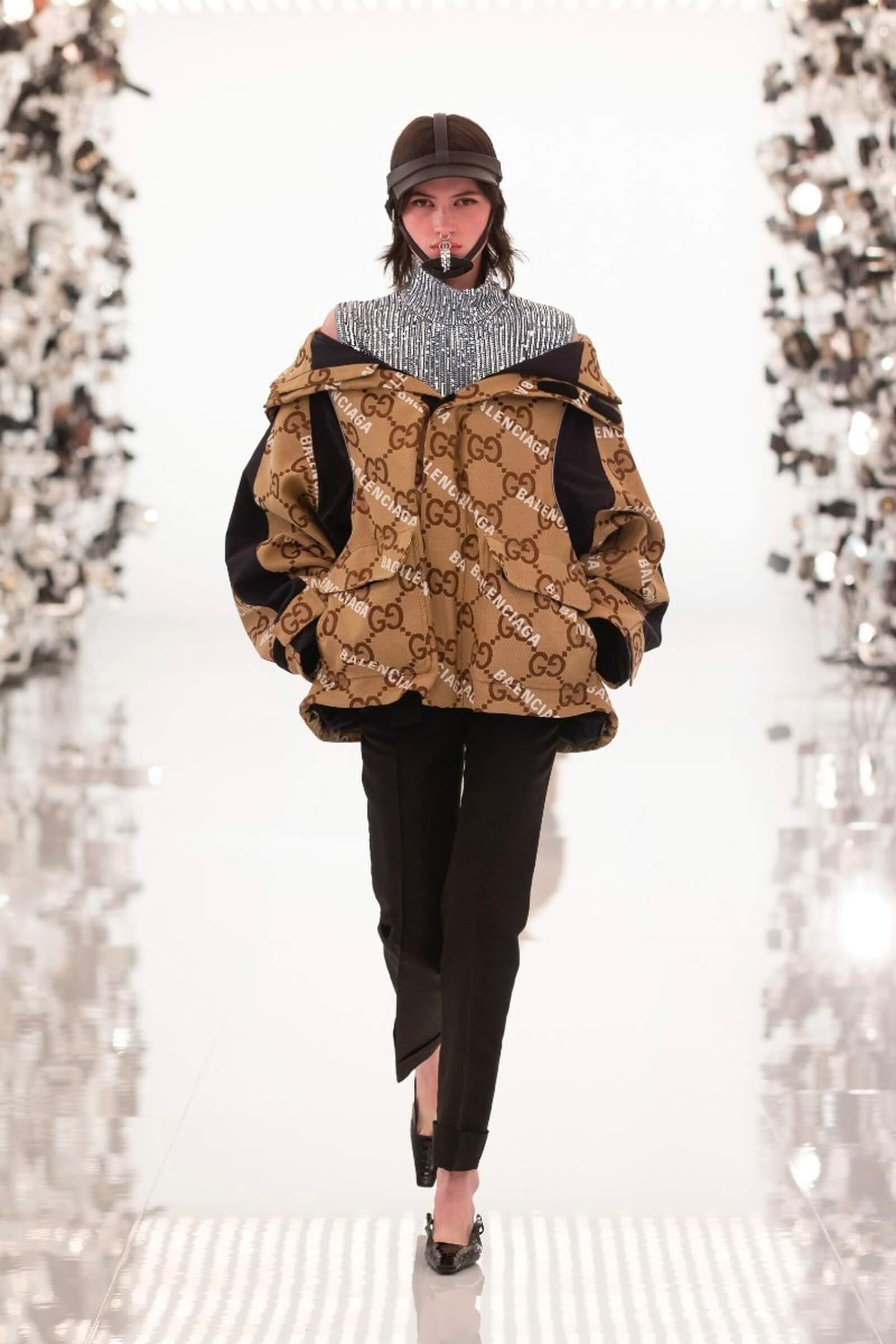 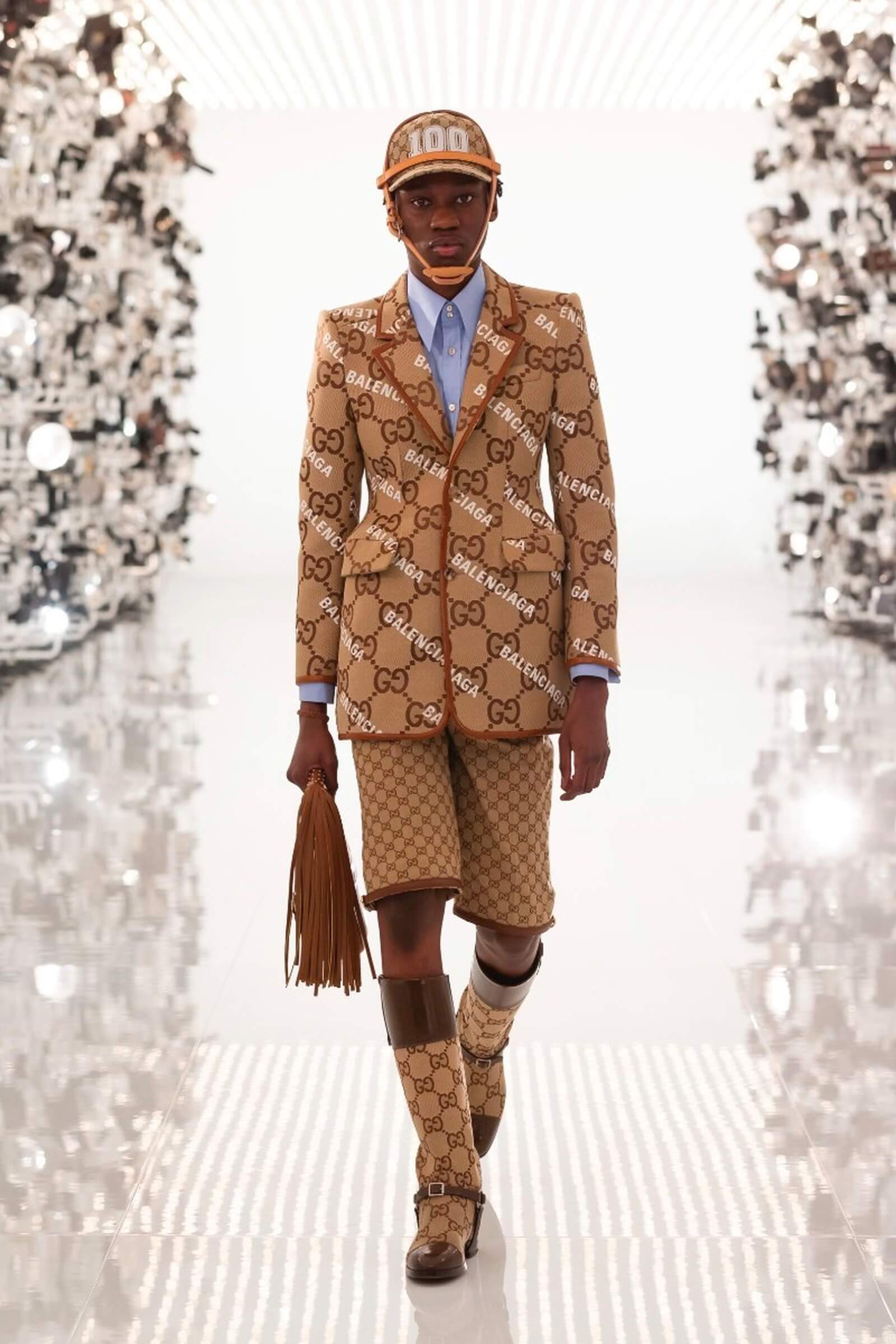 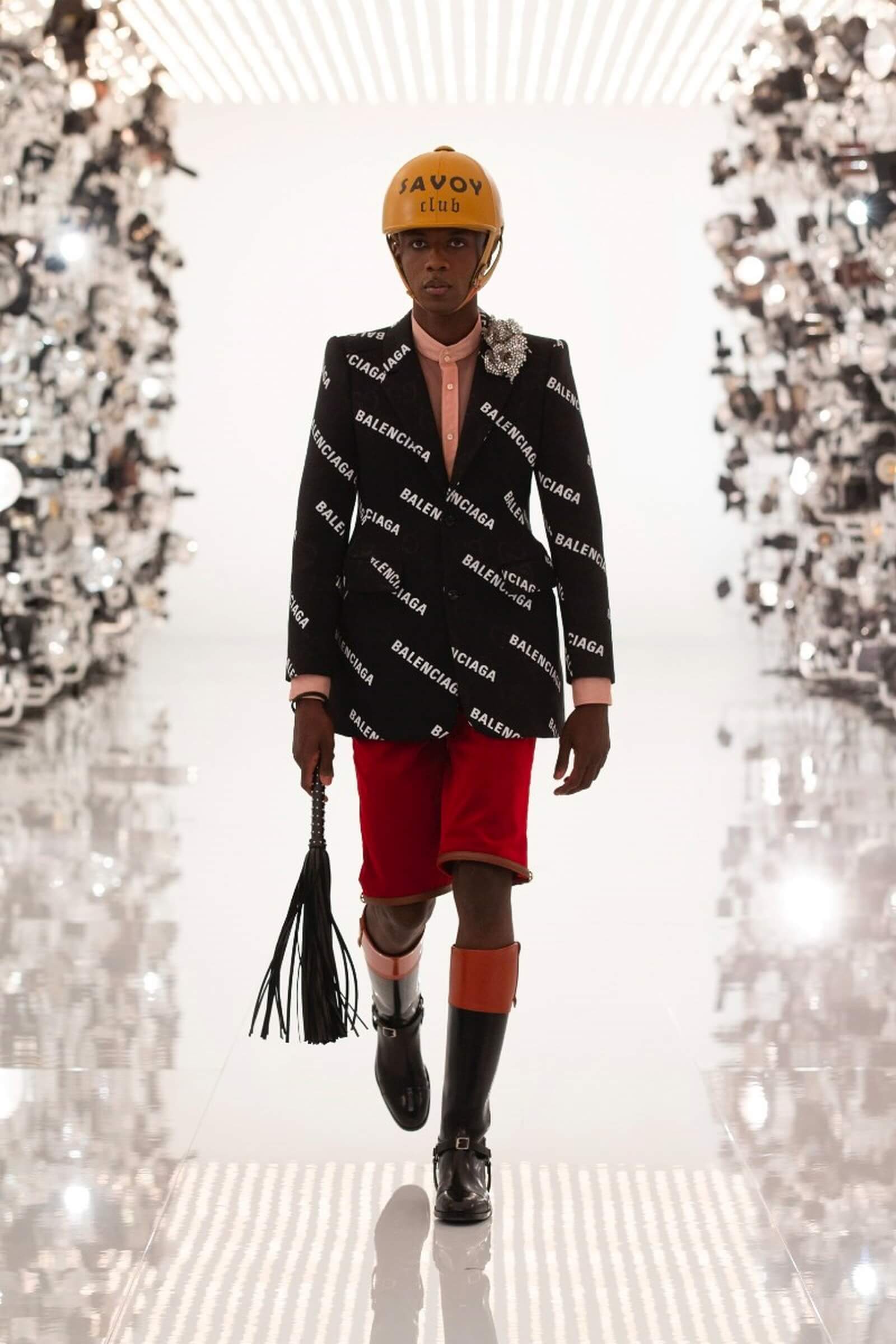 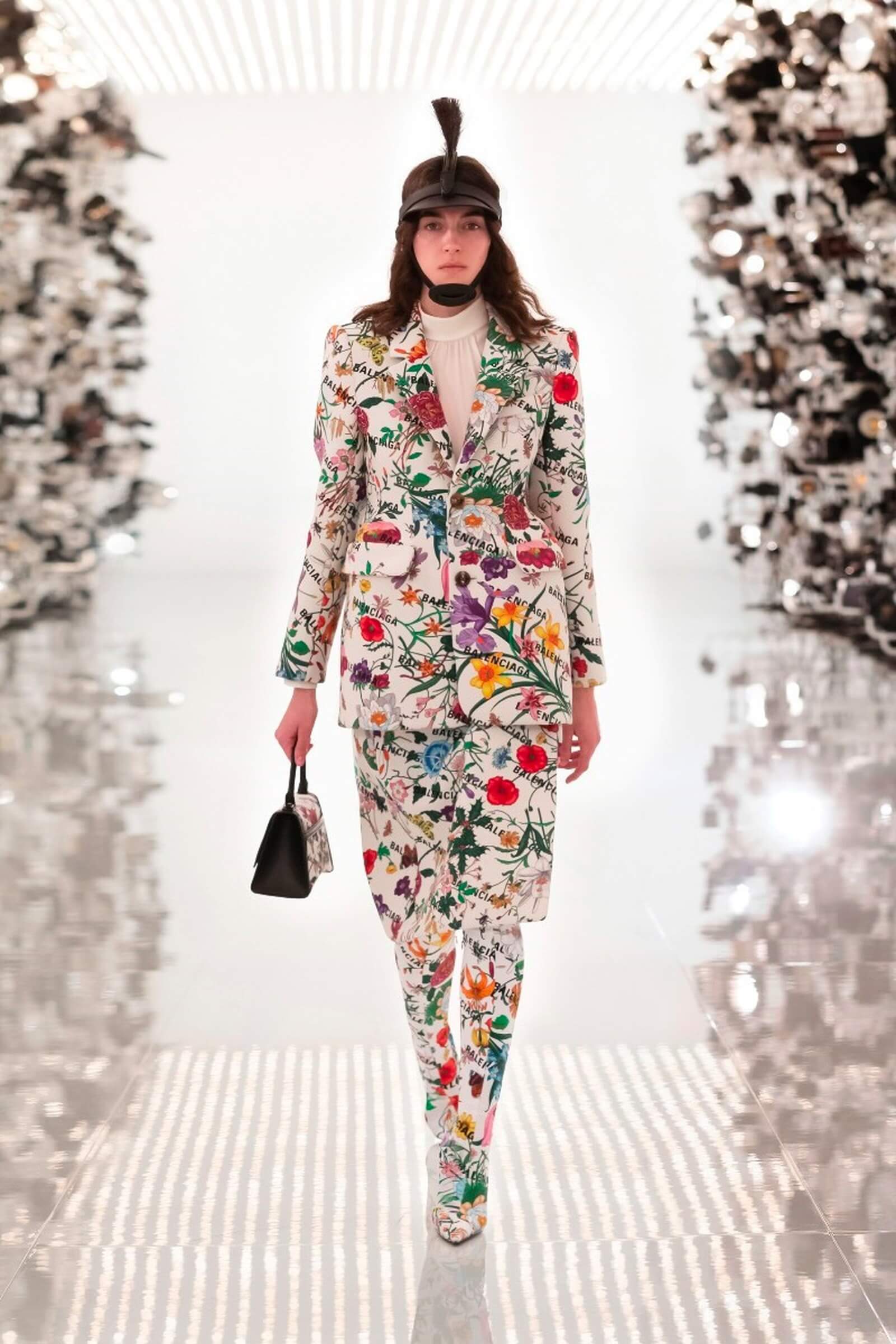 What did you think of Alessandro Michele’s hacking of Demna Gvasalia?

The Yeezy 500 “Blush” will be back soon
Palace SS21: this week’s drops
A TikTok would have the keys to solve a kidnapping
Gucci to present its next collection in Los Angeles
Germany’s discotheques are now cultural institutions
Oakley Kato: the new rimless sports eyewear
Sisyphe: Movida Esencial, 2021
Tip Jar: the Twitter update that will allow you to charge for your tweets
Chanel Cruise 2022: a tribute to Cocteau with a punk vibe
Places+Faces unveils the second part of SS21
Prada launches its first organic denim line
NASA discovers a “diamond necklace” 15,000 light-years away