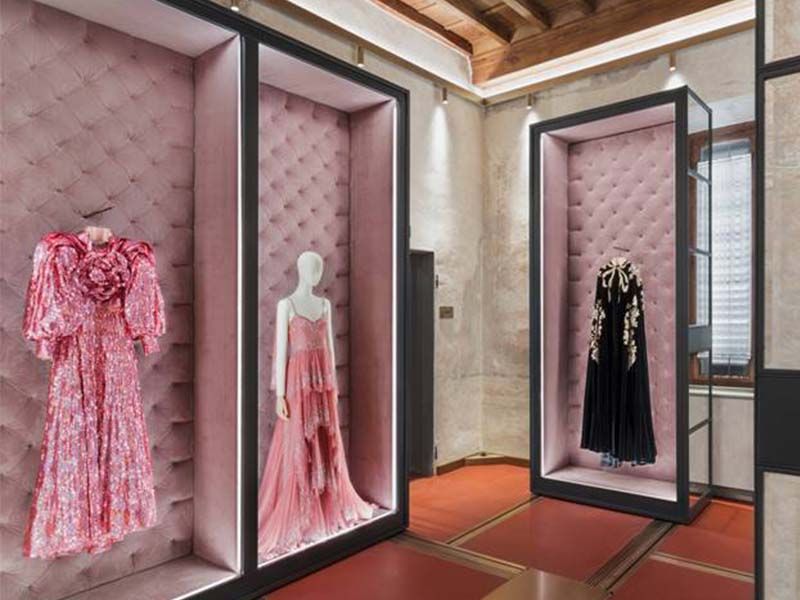 Gucci opens new home for its archive collection in Florence

The inauguration on July 1st of Gucci’s new archive headquarters on Via delle Caldaie in Florence marks another important milestone in the House’s 100th anniversary celebrations.

The archive is housed in the 15th century Palazzo Settimanni in the Santo Spirito district. Artisans and artists had their workshops there, and later aristocratic families also settled here and built their sumptuous residences.

This transformation of a working-class district into a sophisticated urban area may merit a comparison with the brand‘s stylistic codes, in which knowledge is inextricably intertwined with research, harmony and elegance.

Now Alessandro Michele, Gucci’s creative director, has not only recaptured the original character of the new headquarters, but has also allowed the building to tell its own story and reveal its multiple identities, becoming the symbol of a dialogue between past and present.