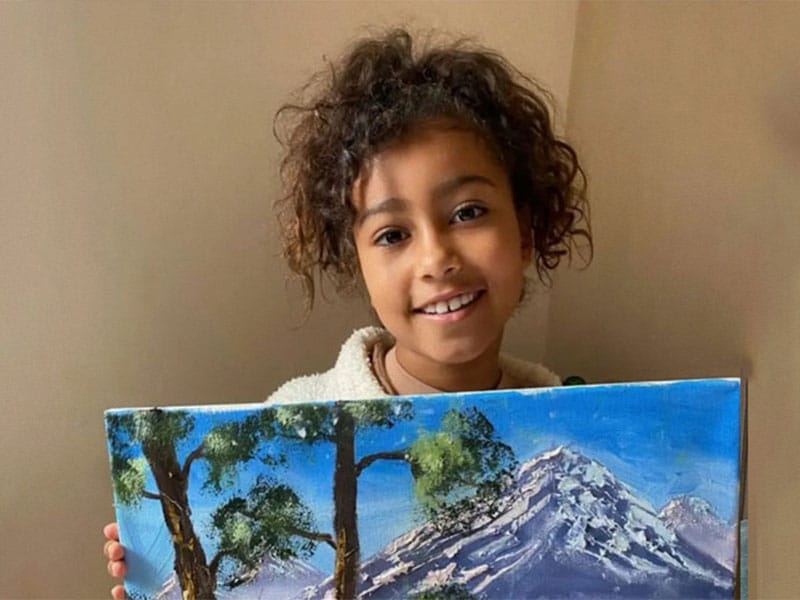 Is North West the new Picasso? Maybe for Kim…

An oil on canvas painting by North West once again sows controversy over Kim Kardashian, who has come out on Instagram defending her daughter’s painting tooth and nail after several media doubting about the authorship of the work. The truth is that it is hard to believe that North West has painted an oil painting that not even Picasso himself. 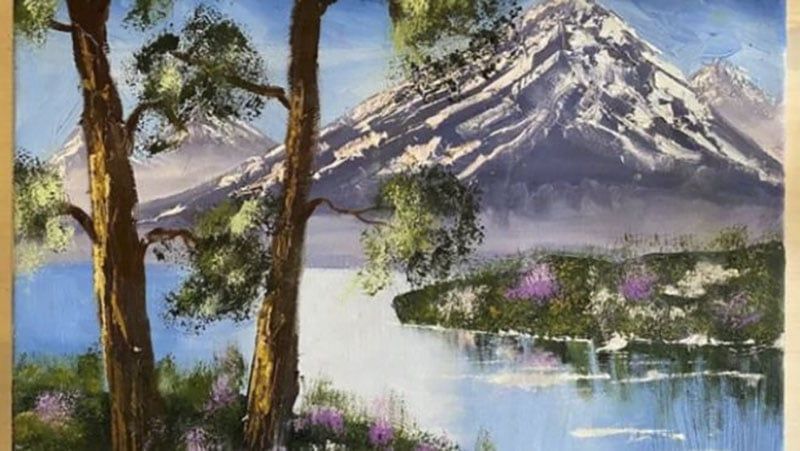 It all starts with a publication of Kim in her stories proudly showing the painting that is the protagonist of this story. No one believed that North could have painted such a work of art, and the networks and media were filled with skeptical comments on the matter. 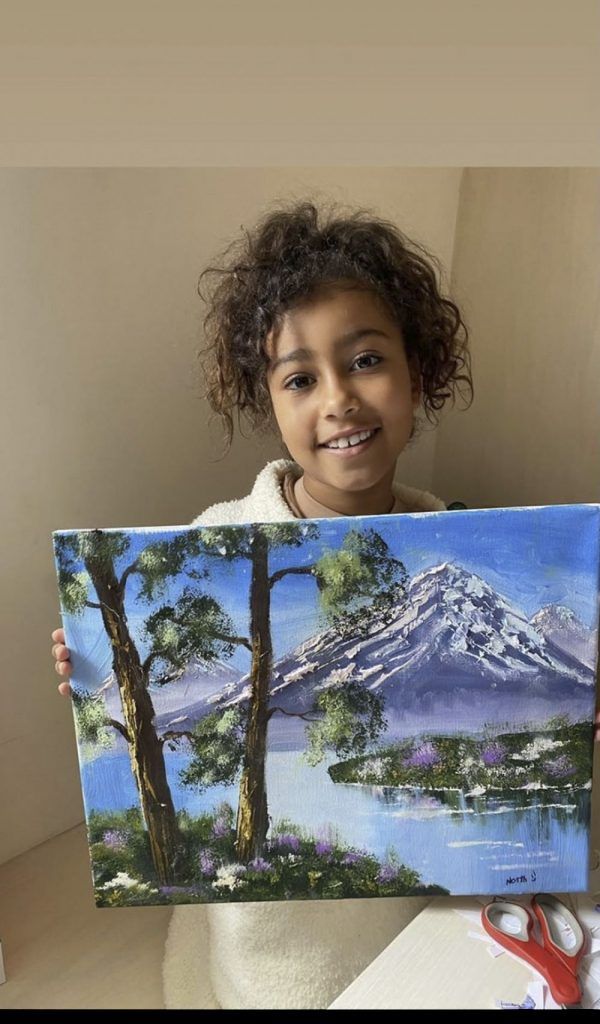 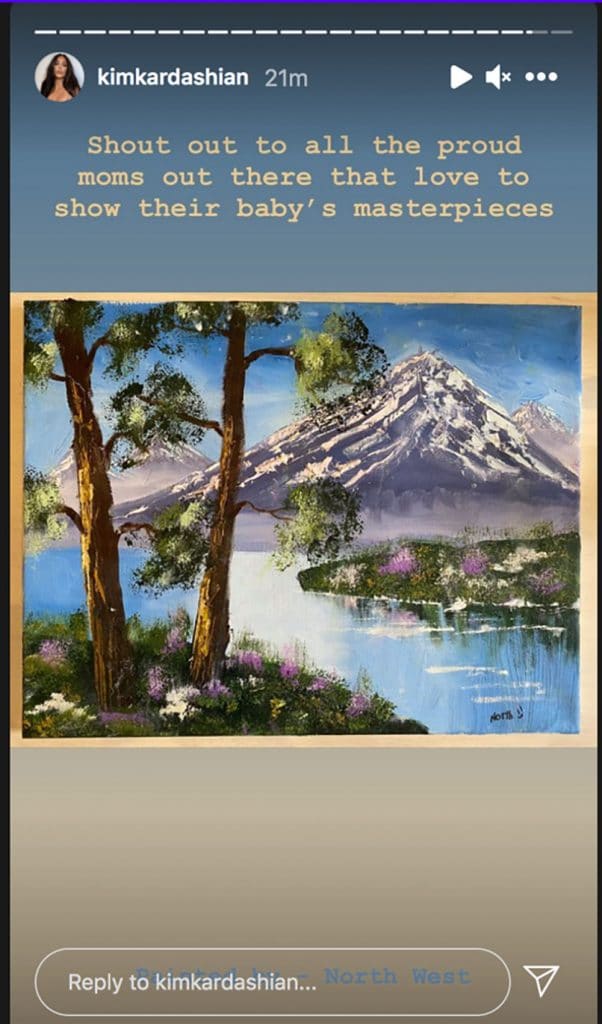 To which Kim Kardashian did not take long to answer. The celebrity may overlook the thousands of comments about her, but doubting her daughter… it’s clear that’s not the way to go. So she sent a pretty forceful message to all the skeptics in a storie:

“DON’T PLAY WITH ME WHEN IT COMES TO Y CHILDREN!! My daughter and her best friend have been taking a serious oil painting class where their talents are being nurtured and encouraged. North worked hard to finish this painting and it took her several weeks to complete it. As a proud mother, I wanted to share it with all of you. I am seeing adult opinions in the media and on social media claiming that my daughter did not paint this painting. How dare you, when there are children doing wonderful things, accuse them of not having done them. Please stop embarrassing yourselves with such negativity and allow every child be great. North West painted this! Period!” 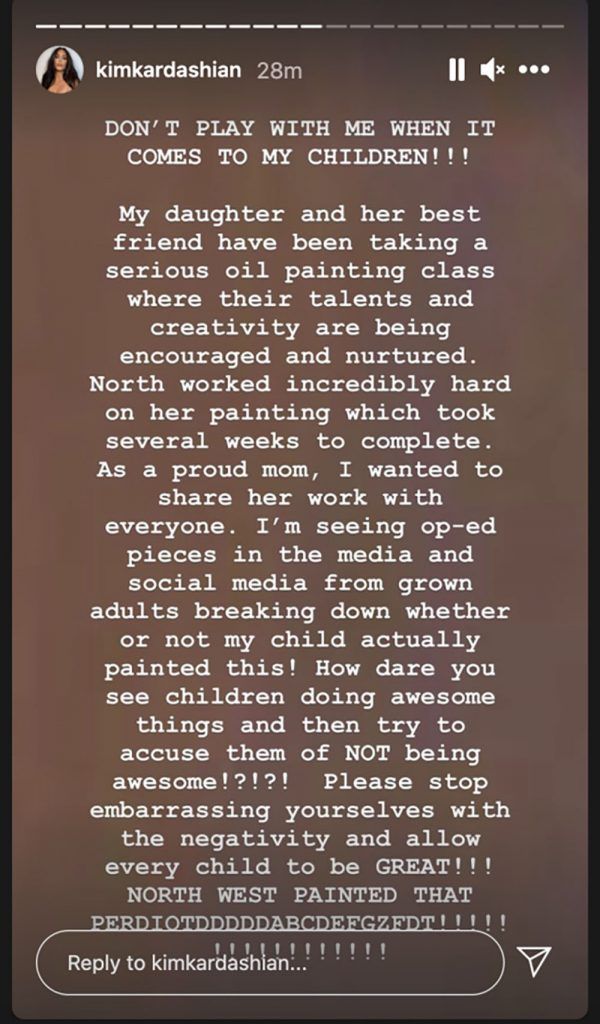 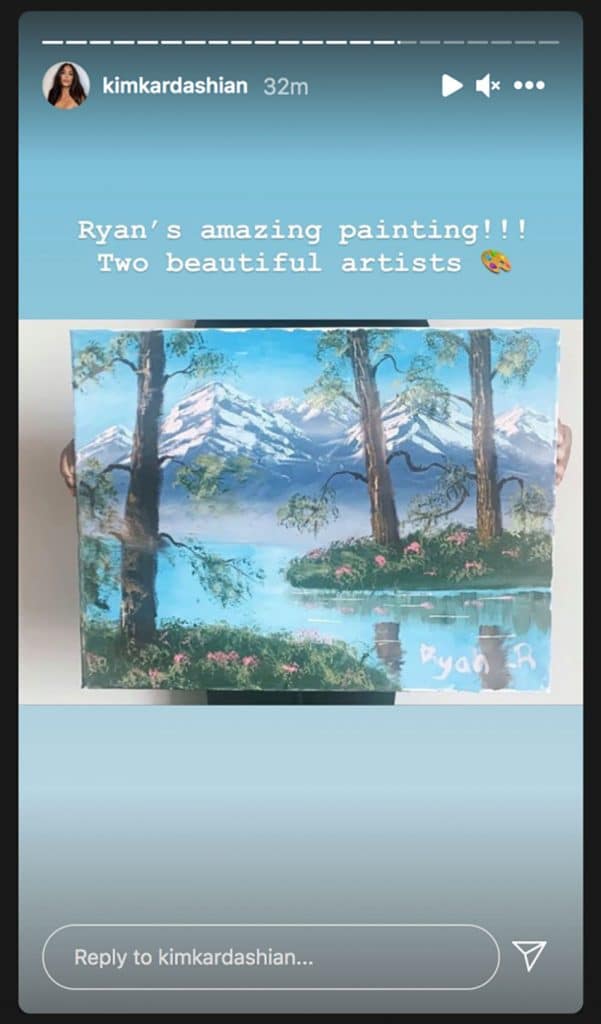 All of the sudden, The Daily Mail was forced to change the headline to one that did not so categorically deny the authorship of the painting. And Kim K continued with her speech. Similarly, the proud mom shared the drawings that Kanye West did as a child, as irrefutable proof of the great talent and skill of her daughter North West, inherited from her father. Kim ended her defense with a video in which she showed off a Hermès handbag, Birkin model, that North painted when she was one year old. In the piece you can see several strokes in different colors, as well as the hand of her firstborn in orange. 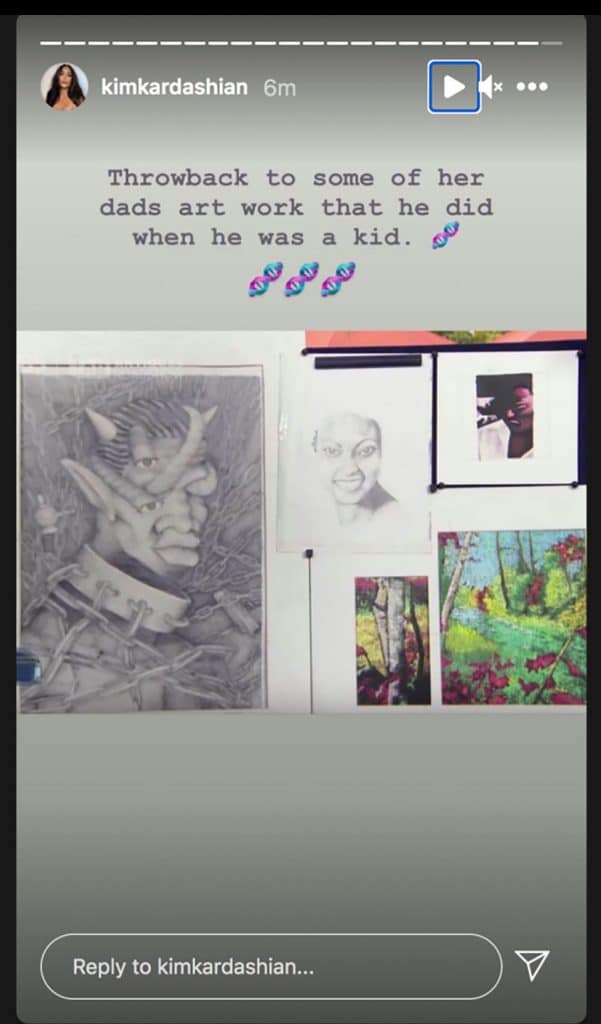 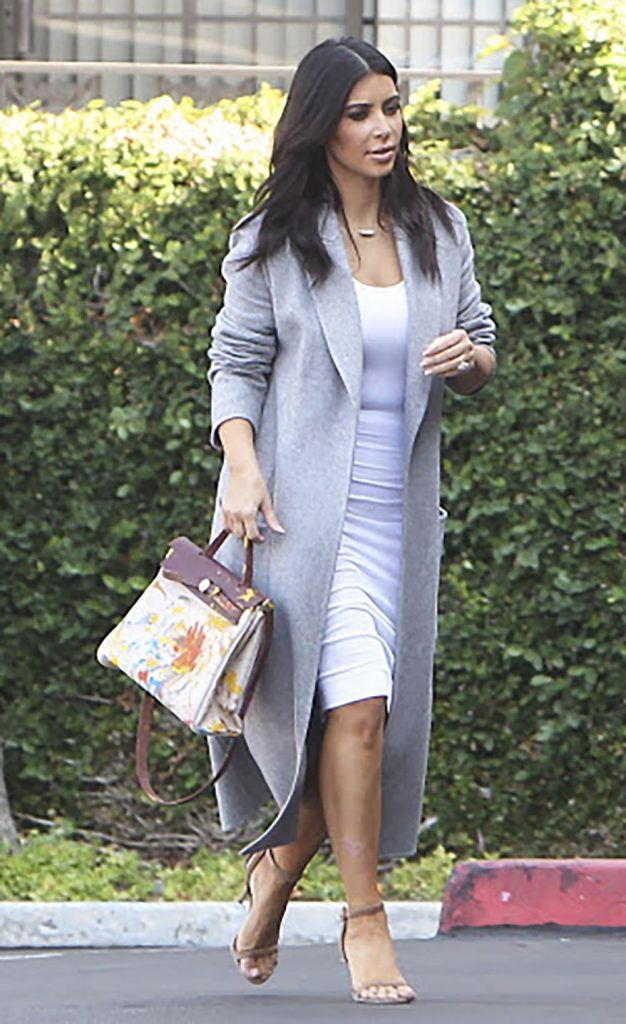 Are we looking at a future Picasso? Kim thinks so, although most mortals are still not so sure. But a mother’s love is stronger than anything, isn’t it? In fact, it’s been a long time since we’ve seen Kim so involved in a controversy.