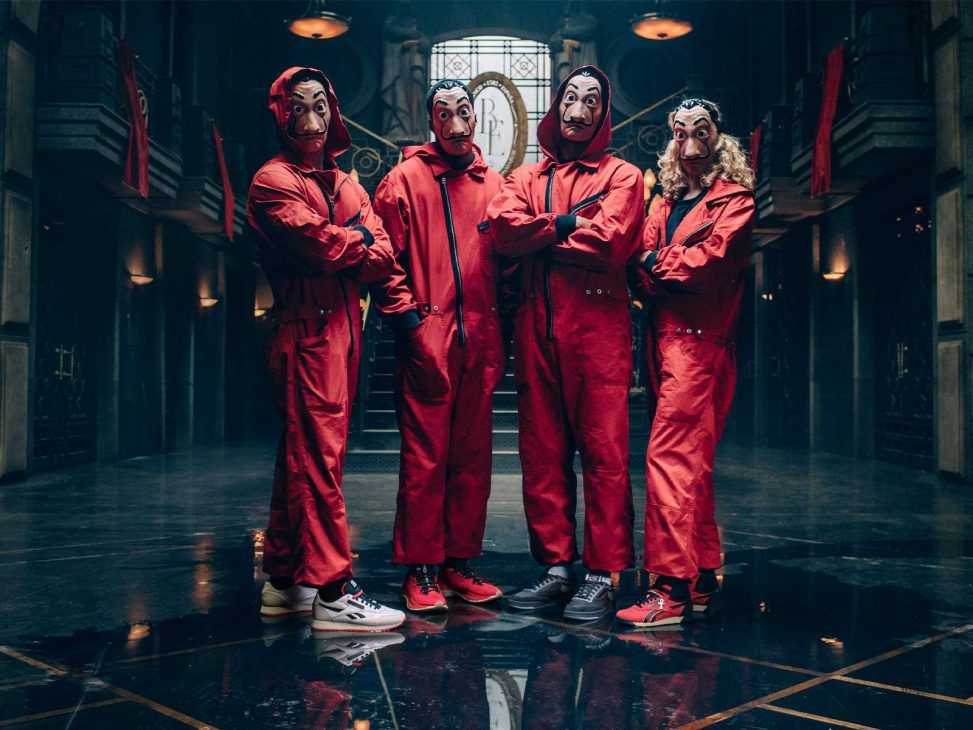 Reebok has finally unveiled its long-awaited capsule collection inspired by the hit Netflix series, Money Heist. The sportswear brand and the acclaimed Spanish TV series have teamed up to create a collection of clothing and footwear to equip fans with the necessary equestrian gear to complete their mission after the series ends in December 2021. 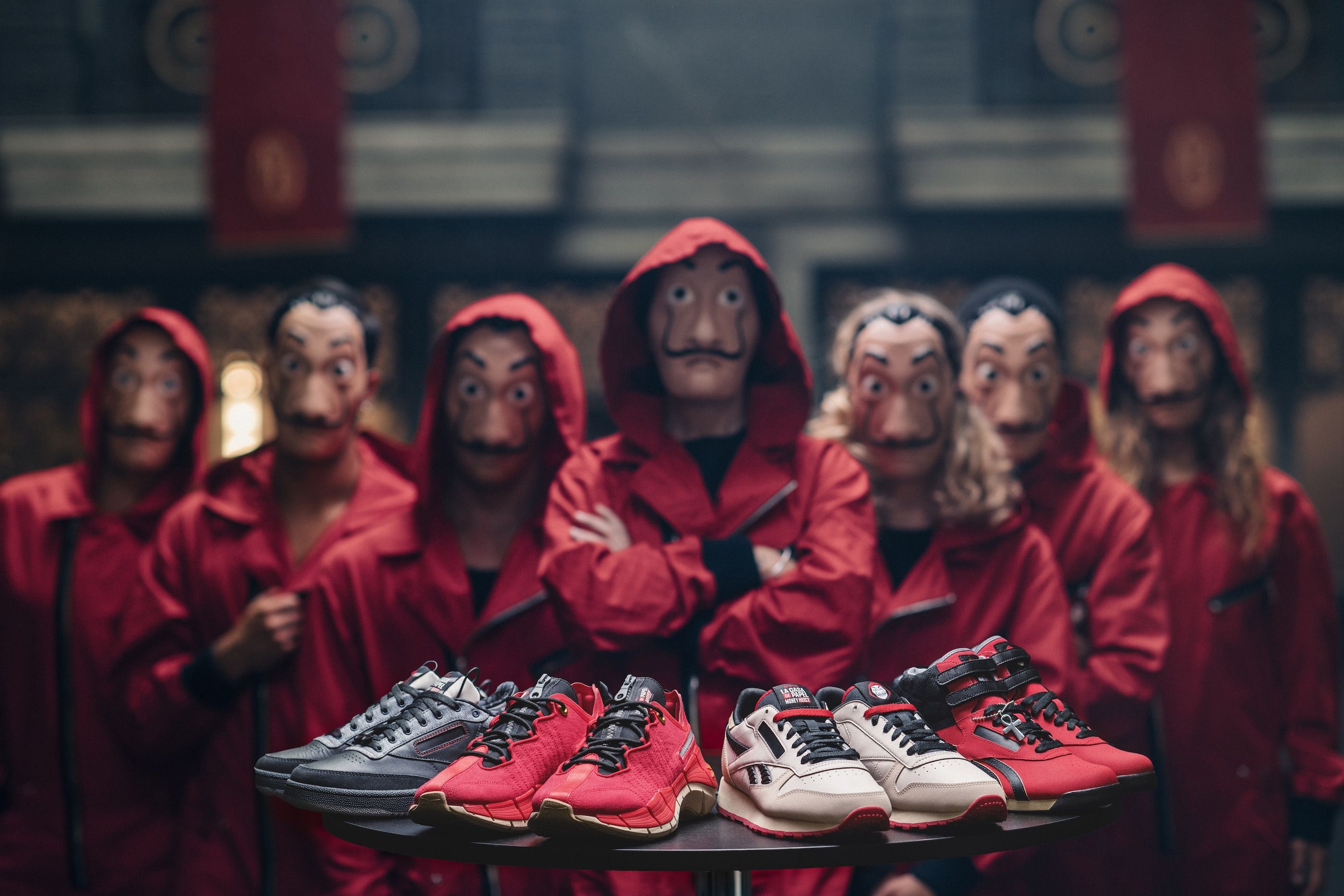 The collection includes four of Reebok‘s most iconic silhouettes: Classic Leather, Freestyle Hi, Zig Kinetica II and Club C. Each model is named after a member of the robbery gang, allowing the wearer to feel like a member of the team. To make the mission of the fifth and final season of the series – to get the gold – even more evident, some of the models feature a side window that, when worn, reveals the coveted material the gang is after.

In this way, some elements of the collection stand out, such as:

Inspired by the masks worn by muggers to conceal their identity, this version of the Classic Leather comes with a 3D moulded side stripe with a texture that mimics the masks’ moustache. The upper uses materials that mimic the texture and colour of the famous mask.

Reebok‘s first training shoe designed exclusively for women. This is the Freestyle Hi, which has received a makeover inspired by the Tokyo character and her modern style. The shoe includes several nods to her strong character, such as the signature black choker with a cross referred to by the Egyptians as ‘Anj’ and a ballistic nylon collar that pays homage to the waistcoat the protagonist wears in season five. In addition to the side window that reveals a gold detail when worn, the side stripe also has the same effect.

This version of the Zig Kinetica II takes inspiration from the red coveralls of the assault team to create a sleek silhouette. This model incorporates details from the iconic outfits with a fabric upper, premium stitching and even a zip closure that mimics the way the jumpsuits close.

To complete the collection, this model pays homage to the band’s leader: The Professor. The tongue features different details reminiscent of the character’s signature look, such as a metal piece in the shape of glasses, a tie or a moulded metal detail that mimics his earpiece. The heel features the name of the band’s favourite anthem, while the lining of the shoe is covered with The Professor‘s blueprints.

All the models in this collection come in special packaging inspired by the Real Casa de la Moneda, the place where the band’s first leg took place and the first image that viewers can see at the start of the series. Inside the box, the slippers are wrapped in red tissue paper. A detail that symbolises the piece of origami that The Professor creates when they formulate the plan.

Rounding out the capsule, a selection of adult apparel is also available, including two T-shirts and a hoodie. All these items are available in sizes ranging from 2XS to 2XL. The T-shirts make reference to the robbery and subsequent escape through details such as taped tools or the phone that The Professor uses to communicate. The sweatshirt, meanwhile, is inspired by the iconic blimp scene in which The Professor tries to win back the trust of the people by handing out millions of euros to the people of Madrid. 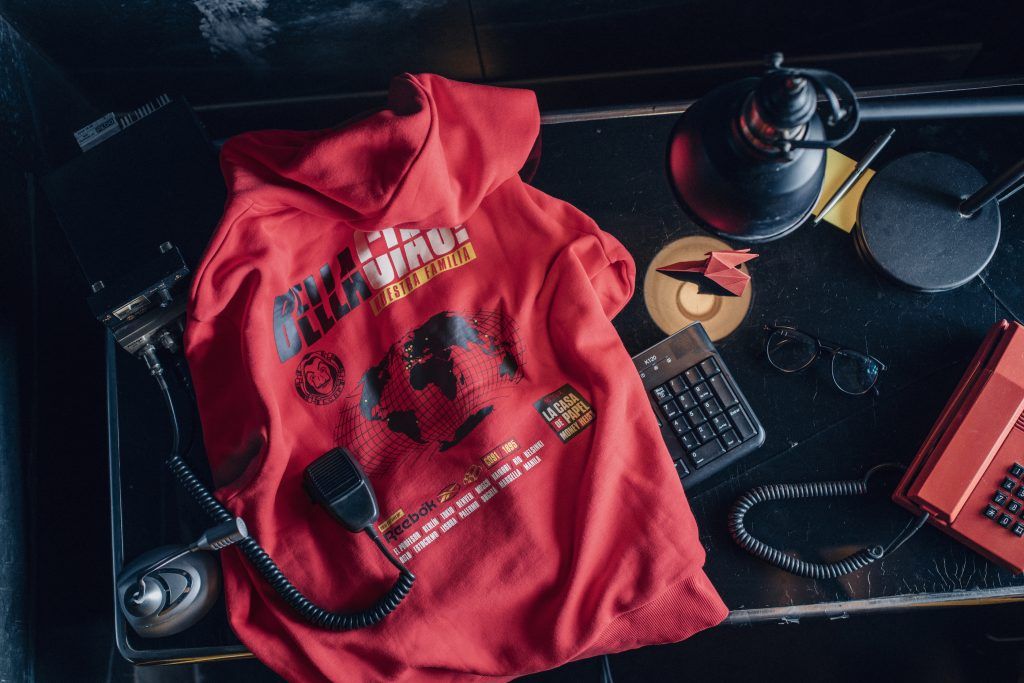 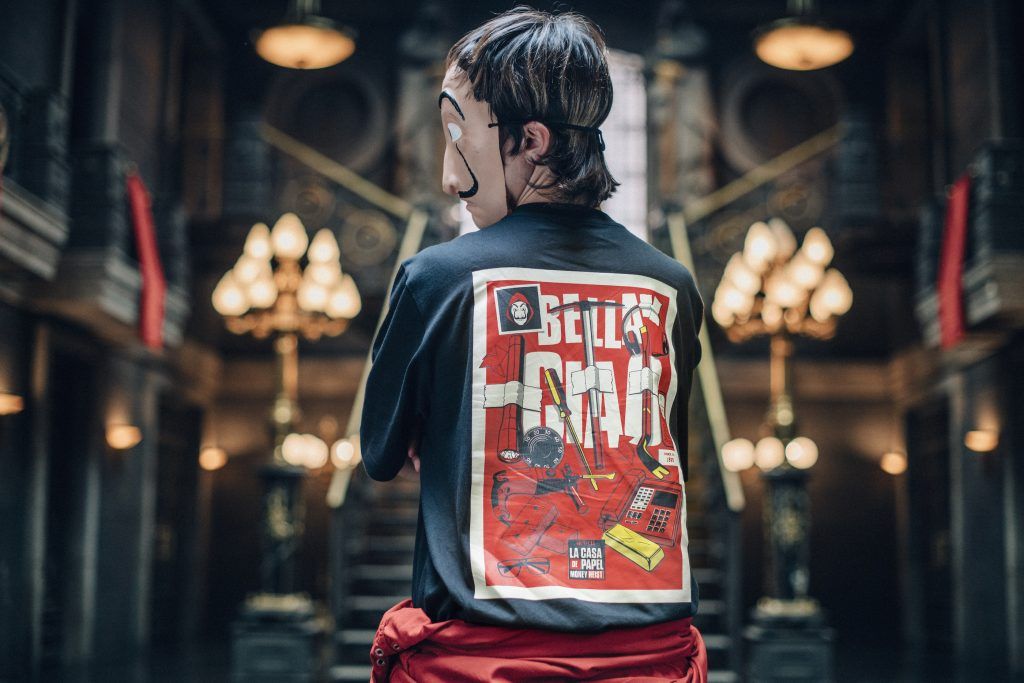 The Reebok x Money Heist collection will be available from 4 May at www.reebok.com.