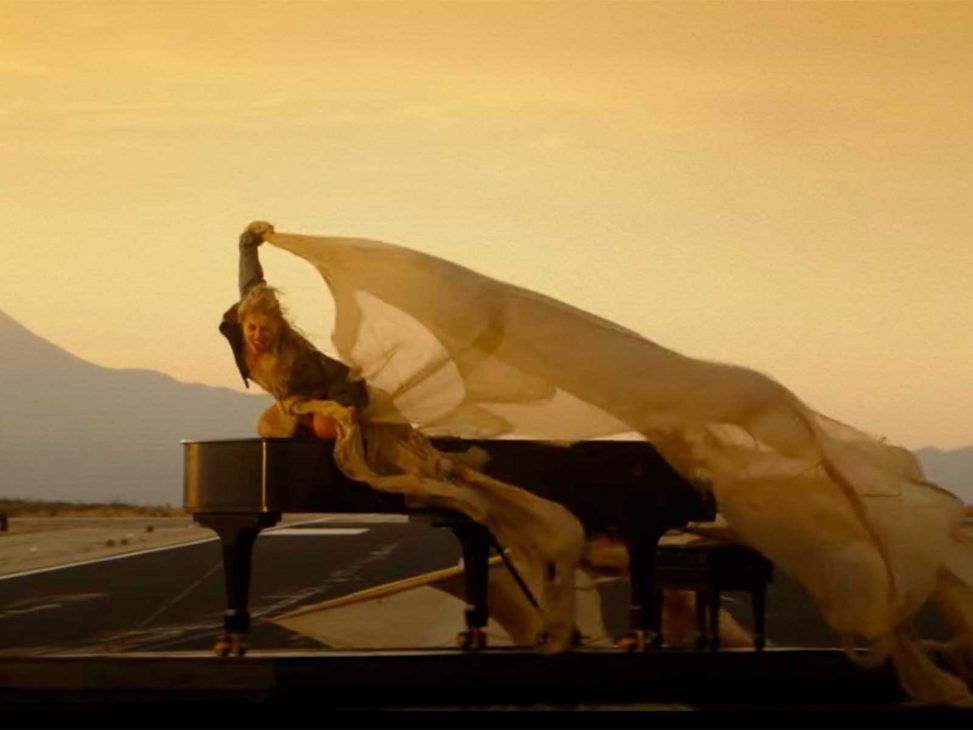 The Ukrainian designer is in charge of the wardrobe for ‘Hold My Hand’, Lady Gaga‘s latest music video whose theme was written expressly for the film Top Gun: Maverick. The audiovisual piece shows us, at its peak, the artist bursting into a wasteland where a dress inspired by the shape of a parachute takes centre stage. Up to 200 metres of fabric with ropes were necessary to make it.

Lessja Verlingier found her inspiration in the aerial theme of the feature film: high-performance technical clothing mixed with an avant-garde aesthetic, as well as bright colours, nature and the music itself. But this is not the first time the founder of Lever Couture has worked with Lady Gaga. She has previously designed a number of fully customised outfits.

“Nicola Formichetti has supported my brand since the beginning and we have collaborated on several projects over the last ten years. I wanted a dress that would fit the theme of the upcoming Top Gun sequel and I was honoured to step into his universe once again and create something unique and magical for Lady Gaga,” says Verlingier.

Mallorca Live Festival closes its most international edition with 72,000 attendees
Johnny Depp could reprise his role as Jack Sparrow
Levi’s® Pride and LASKAAR celebrate diversity and inclusion with ‘Maricón’ song
The Blaire sandal by Dr. Martens will be your best ally this summer
AMBUSH® reflects the evolution of Tokyo in its SS23 Resort Collection
‘Karaoke mode’ comes to Spotify
Here’s how Tiffany & Co. crafted Kendrick Lamar’s ‘Crown of Thorns’
‘Terra’ by Tanxugueiras now has its first official remix
Reclaiming The Fields’ is Alled-Martinez’s new proposal for SS23
Soto Asa and The Shivas star in the last week of Sound Isidro
Here’s why Cara Delevingne went viral during PFW
All about Gucci Pet, Gucci’s selection of items for dogs and cats