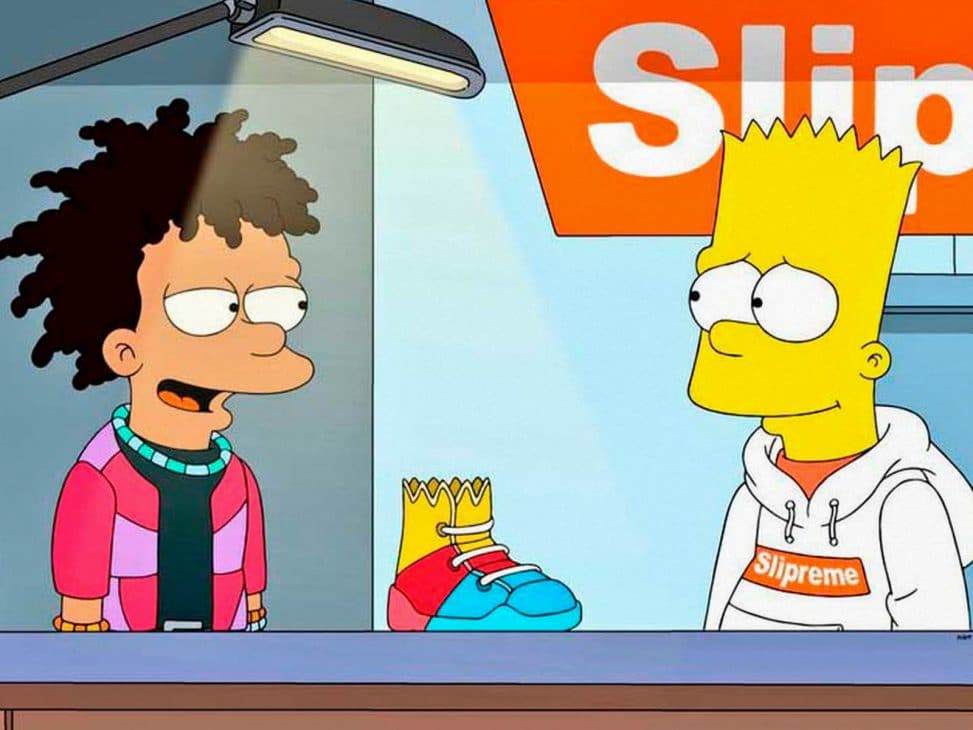 The Simpsons parody streetwear culture with Supreme and The Weeknd

The 32-year-old show keeps pulling out pop culture references in its new episodes. Including Supreme and The Weeknd, who appeared in “Bart the Cool Kid”, episode 15 of season 33, which aired on 20 March. The episode is a clear parody of streetwear culture. 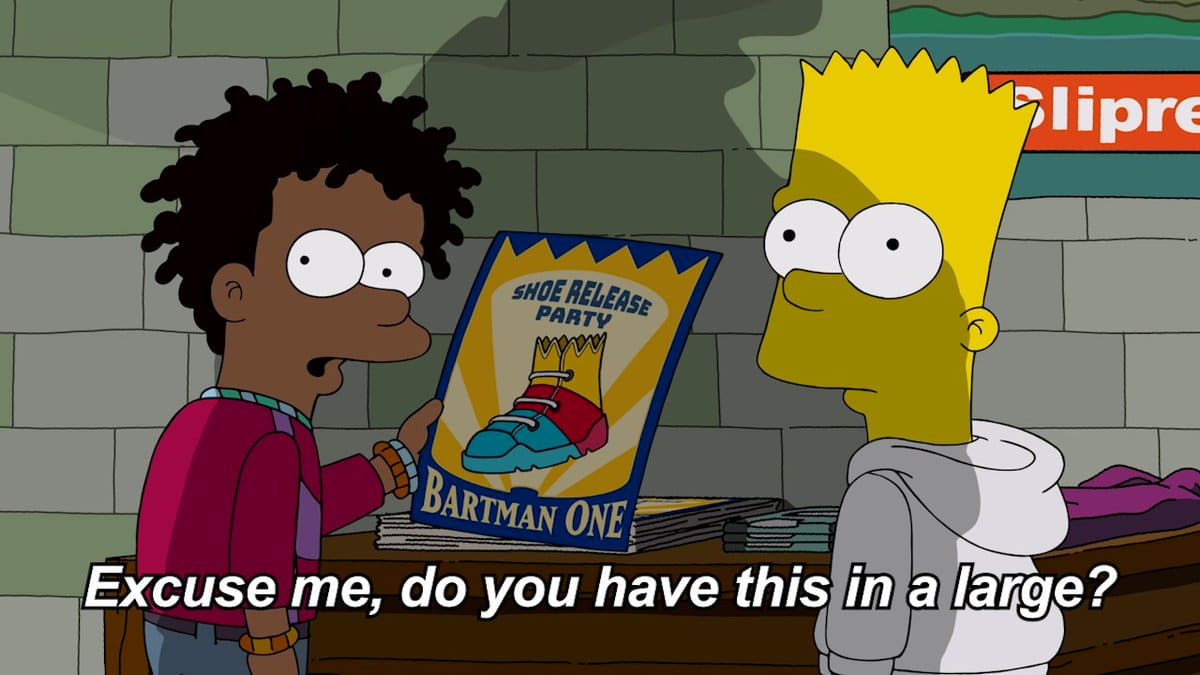 The Weeknd has just fulfilled his dream of voicing a Simpsons character. Abel Tesfaye is not completely new to this; he has previously appeared in Robot Chicken and American Dad. But The Simpsons is still the holy grail for celebrities who want to get out there no matter what.

Instead of making a quick cameo, as many celebrity guests do on The Simpsons, the Weeknd played a completely new character in episode 15. Abel took on the role of Orion Hughes, the young owner of a skate/streetwear line that is entirely based on Supreme.

To briefly recap the episode, Bart meets the coolest brand on Fairfax Avenue, Slipreme (a parody of Supreme). The TikTok-obsessed Springfielders crave his T-shirts and trainers with the orange box logo that Bart begs Homer to buy for him.

Victoria Beckham and Reebok launch Drop Seven
Baby Bang: the cut that curly tresses will want
The motomami aesthetics permeates Ancuta Sarca SS23
Art Basel Miami 2022: the biggest edition to date
Do you want to get married Becomely? Now you can
Vans Old Skool Overt CC x Highxtar is for all
Indispensables for a #GrungeGlam look
Pantone and the colours of spring/summer 2023
Balenciaga creates another necessity: its new clogs
Skincare and beauty essentials this autumn
Supreme reconnects with Yohji Yamamoto this autumn
Don Toliver is the face of ICECREAM EU FALL22