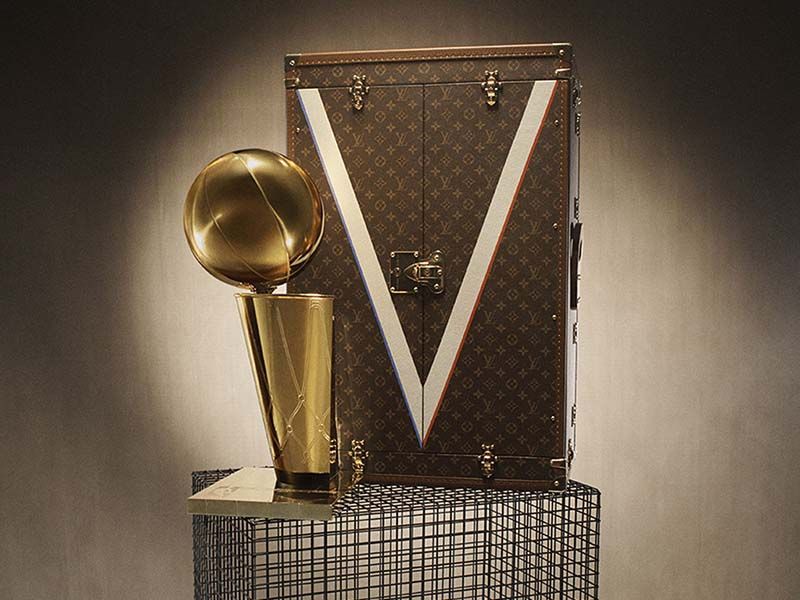 The Milwaukee Bucks defeated the Phoenix Suns, taking home their first NBA championship victory since 1971. The jewel in the crown of NBA Finals victory is the renowned Larry O’Brien Trophy, especially when it’s a custom-made Louis Vuitton. 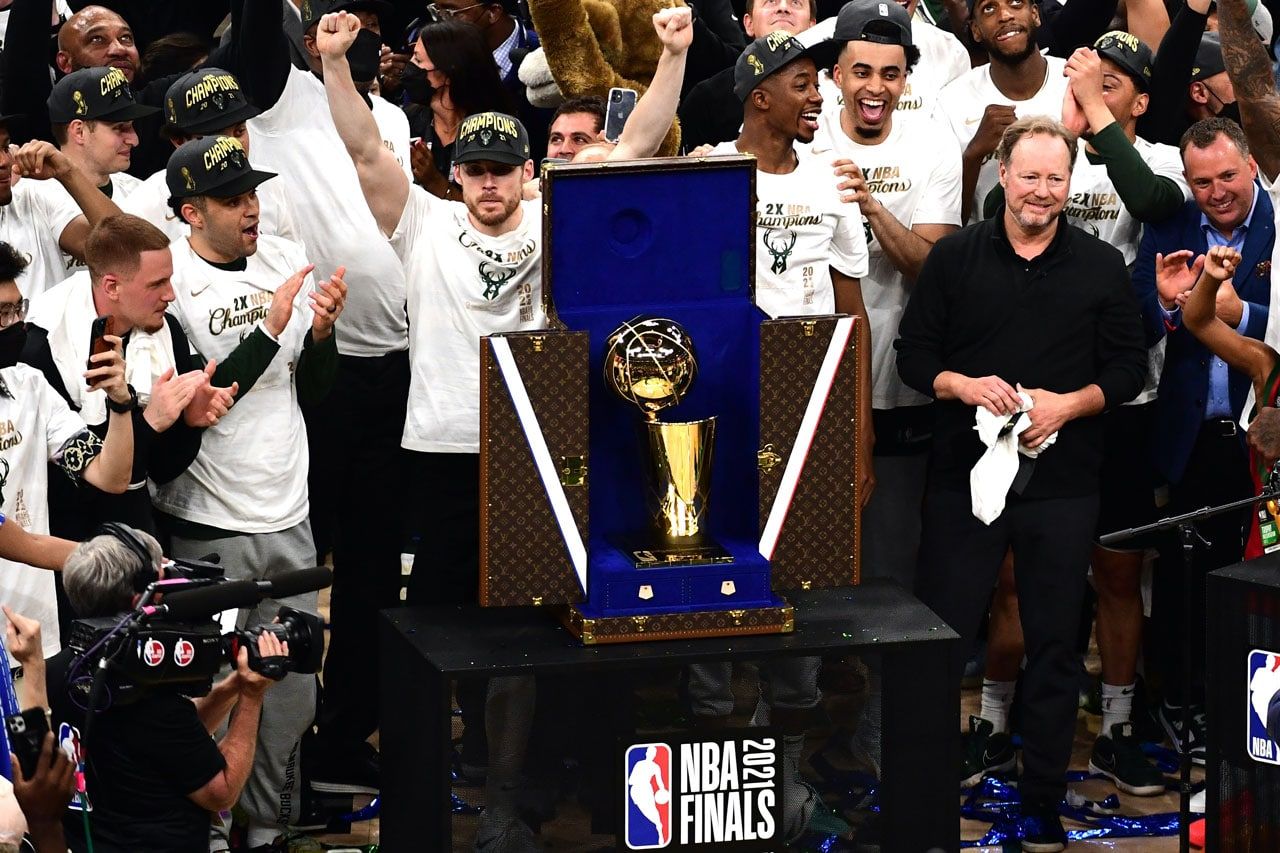 The brand travel case was handmade in the house’s historic Asnières workshop on the outskirts of Paris, France. The case features the Louis Vuitton monogram and is fitted with brass fittings. In addition, the interior of the case is lined with a cobalt blue velvet.

The exterior also features a large white “V” with blue and red details, reminiscent of the NBA logo. Louis Vuitton is the first official supplier of NBA trophy cases, as their multi-year partnership launched the LV x NBA collection last May, under the artistic direction of Virgil Abloh.