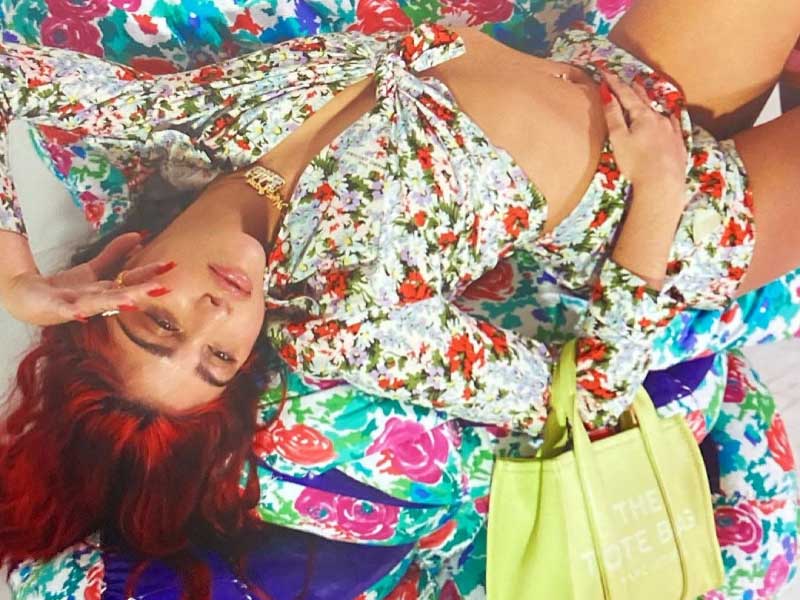 Lourdes León is the new face of Marc Jacobs

Lourdes León —also known in networks as Lola— has signed with Marc Jacobs to be the face of its new collection. The daughter of Madonna and actor Carlos León will star in the brand’s spring 2021 campaign.

When Marc Jacobs was at the helm of Louis Vuitton, Madonna was one of the regular faces in the French house’s campaigns. Now, it is her daughter Lourdes Leon who takes over the baton by being part of the photographs that portray the latest collection of the designer. The 24-year-old embodies the spring 2021 campaign dressed in colorful garments flooded with flowers and accompanied by the new accessories conceived by the American.

It is not the first time that Lola (@lourdesleon) works hand in hand with a fashion brand of these levels. In 2019 she appeared in the presentation video of Miu Miu’s SS19 collection and has also collaborated with brands such as Supreme or Juicy Couture. Also, to give a more recent example, in January she starred in the campaign for Stella McCartney’s latest capsule for Adidas.

You can catch up on other projects in which Lourdes León has participated at Highxtar.

Heron Preston presents his first capsule for Calvin Klein
5 Netflix crime documentaries you can’t miss
Heron Preston and Caterpillar present their new collab
Amazon Salon: the first hair salon with augmented reality
Kris Van Assche steps down as Berluti’s creative director
Late Checkout debuts with ‘The Bellboy: Chapter I’
080 Barcelona Fashion announces the calendar of its fashion shows
Apple has already unveiled its new products
Does the mask market have a future?
Saint Laurent expands its men’s offer with these shirts
Nike x Kobe: the contract has come to an end
Astrid Andersen FW21: between nostalgia and the future