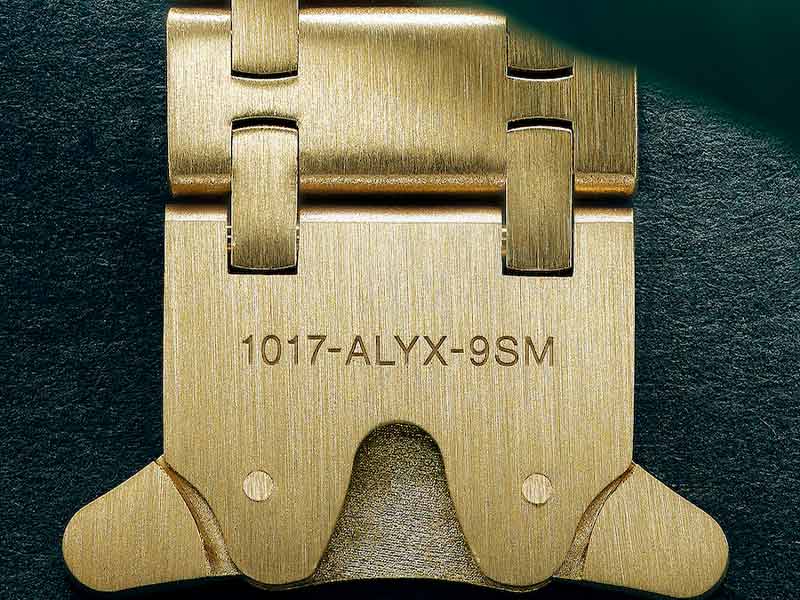 This month, Browns comes together with the hard-luxury customising powerhouse MAD Paris to give the creative minds behind two of the most-hyped menswear collections the chance to concept their own luxury watches with the MAD Paris Designer Series. The outcome, an exclusive, limited run of fine watches by design houses 1017 ALYX 9SM and Casablanca, designed by Matthew Williams and Charaf Tajer respectively. 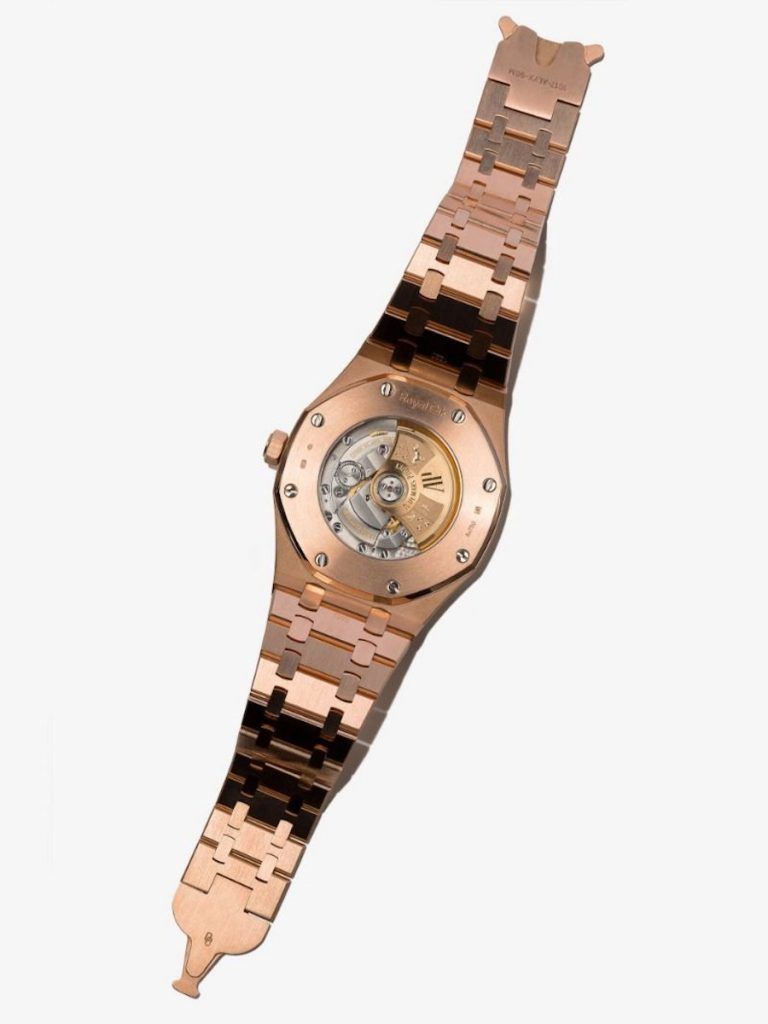 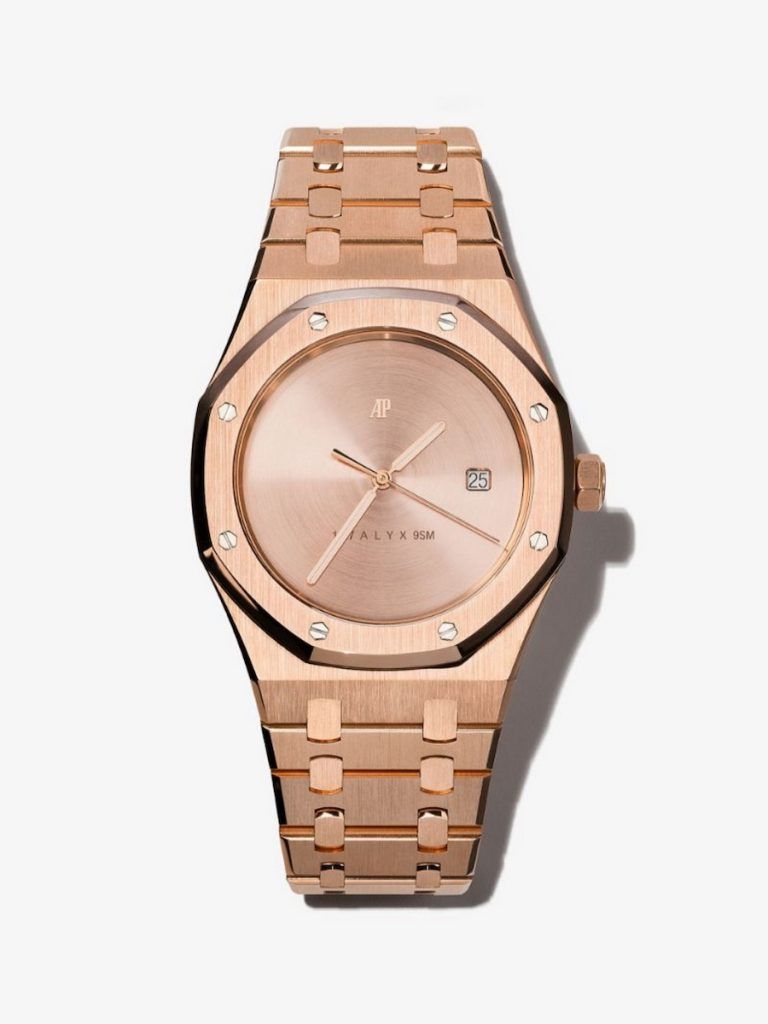 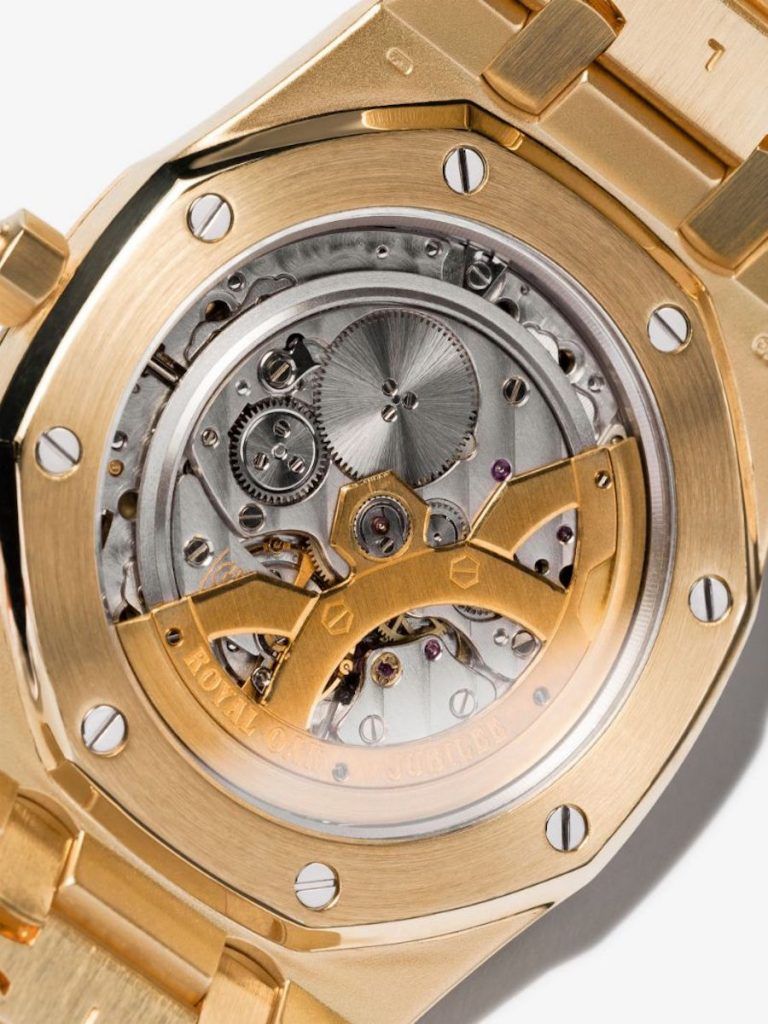 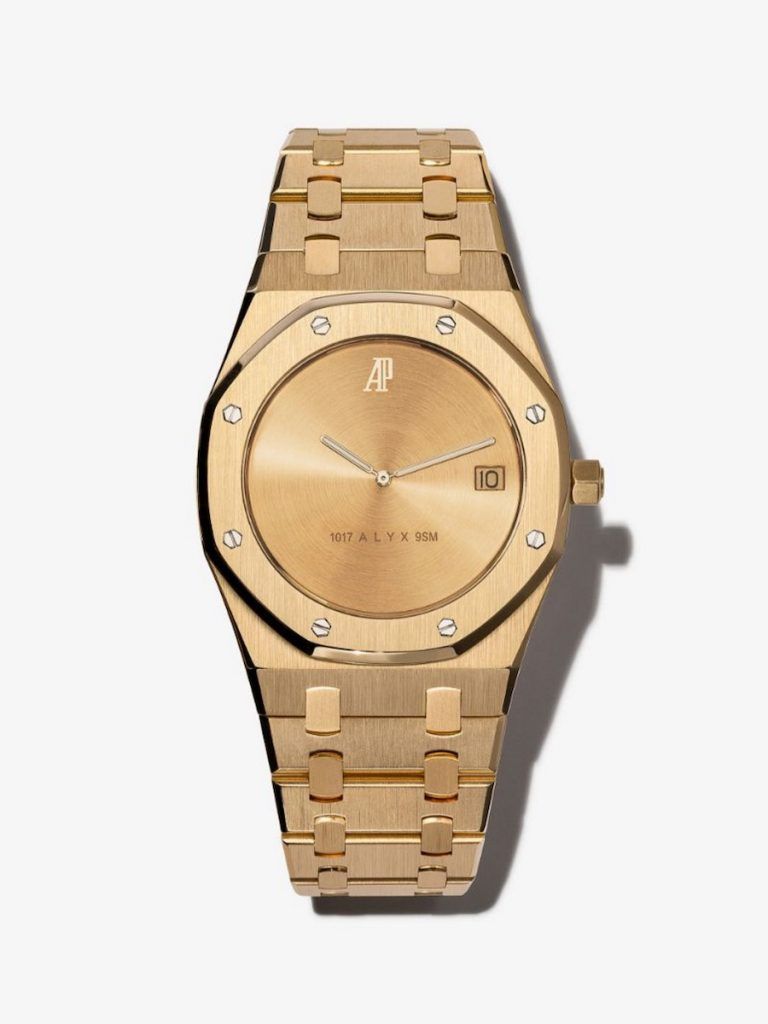 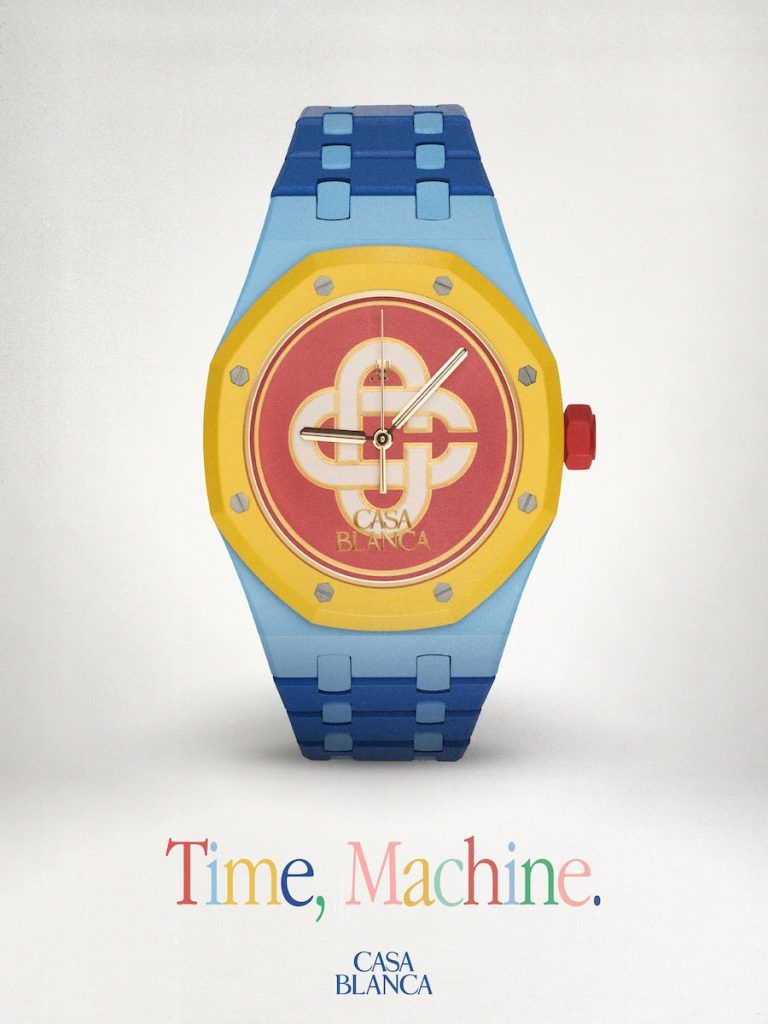 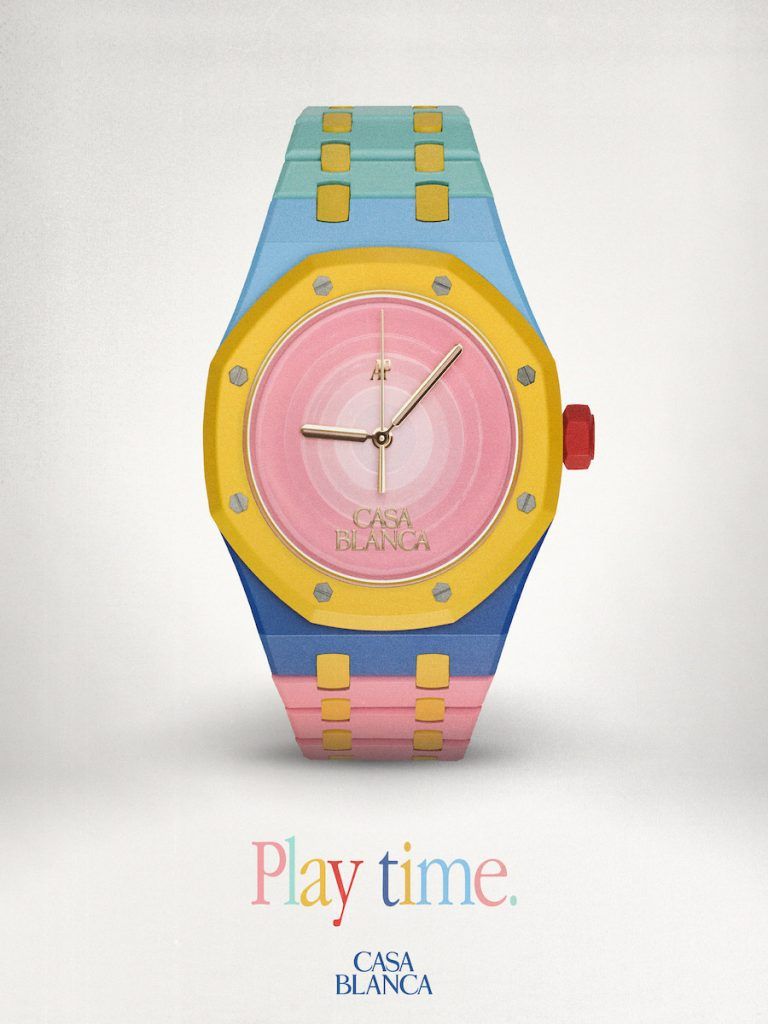 After working with MAD Paris for over two years and bringing them to market, Browns buying team worked closely with each partner of the project, challenging the designers to bring their unique skills and aesthetic to the forefront affording Williams and Tajer the opportunity to put their own stamp on a custom Audemars Piguet Royal Oak.

The collaborative effort cements the Browns unique offering in the fine jewellery and watch world and is a testament to their ongoing commitment to forging the way for innovative design practices within the luxury sphere where community and collaboration is celebrated. On fine jewellery and watches Browns has seen exponential growth, notably on mens; where it’s taken a heavy hold as a key driver of the business which is constantly being reinvigorated with new brands; exclusives and initiatives such as Made-to-Order.

For 1017 ALYX 9SM, Matthew Williams adapts its utilitarian approach to one of the worlds most sought after watch models. By stripping back even further an already industrial aesthetic; we are introduced to a totally minimal brushed back alternative not seen in the watch world before in a 39mm yellow gold and 41mm rose gold. The most intricate detail changes make the boldest statements to truly re-imagine a certified classic.

On the project, Williams says “Creating the custom 1017 ALYX 9SM Mad Paris AP timepieces launching at Browns was really all about creating a watch I would like to wear, and for like-minded people, translating the world of Alyx in a custom timepiece with the brushed metal, no time identifier and of course the signature Alyx buckle reworked as a clasp.”

Browns and Alyx partnered with the Institute of Digital Fashion (IoDF) to bring the designs to life in a series of 3D stills and animation by motion designer, Anatolik Belikov, focused on functionality, technicality and craft, resulting in a series of visuals intrinsically representative of the brand and these innovative styles. 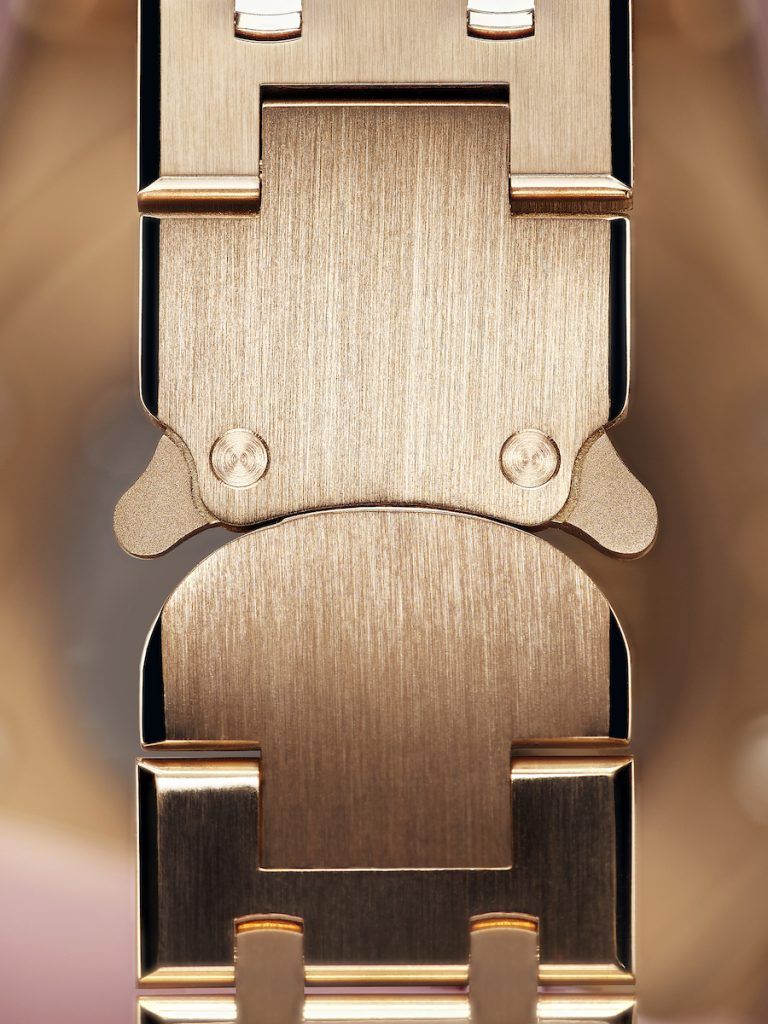 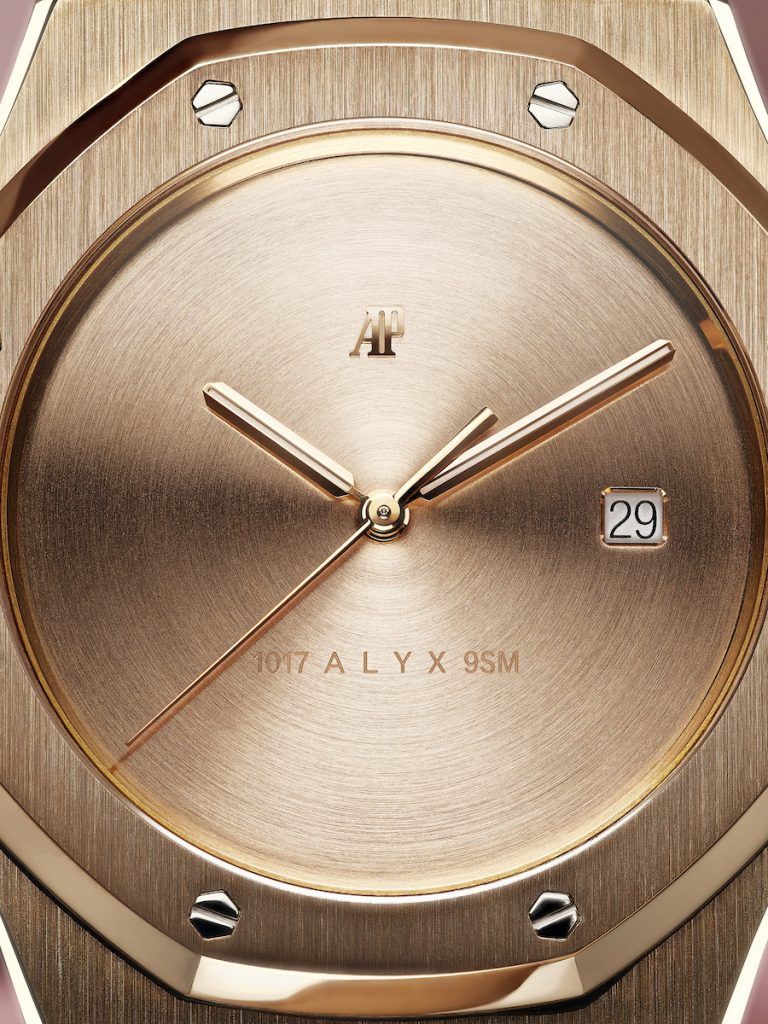 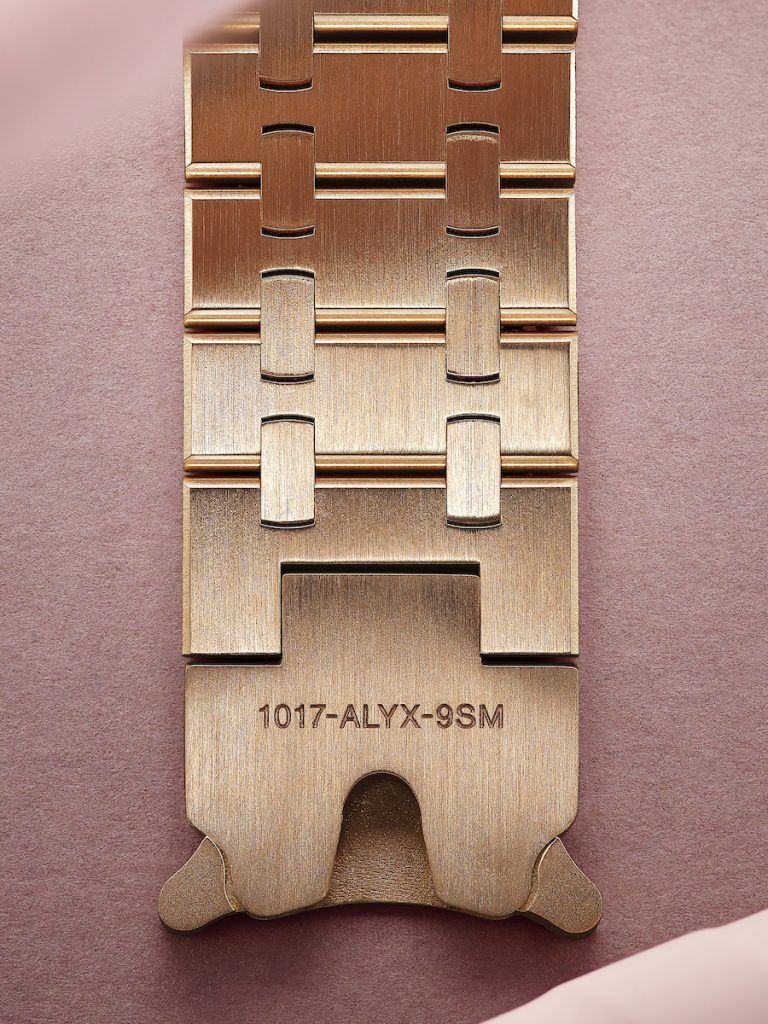 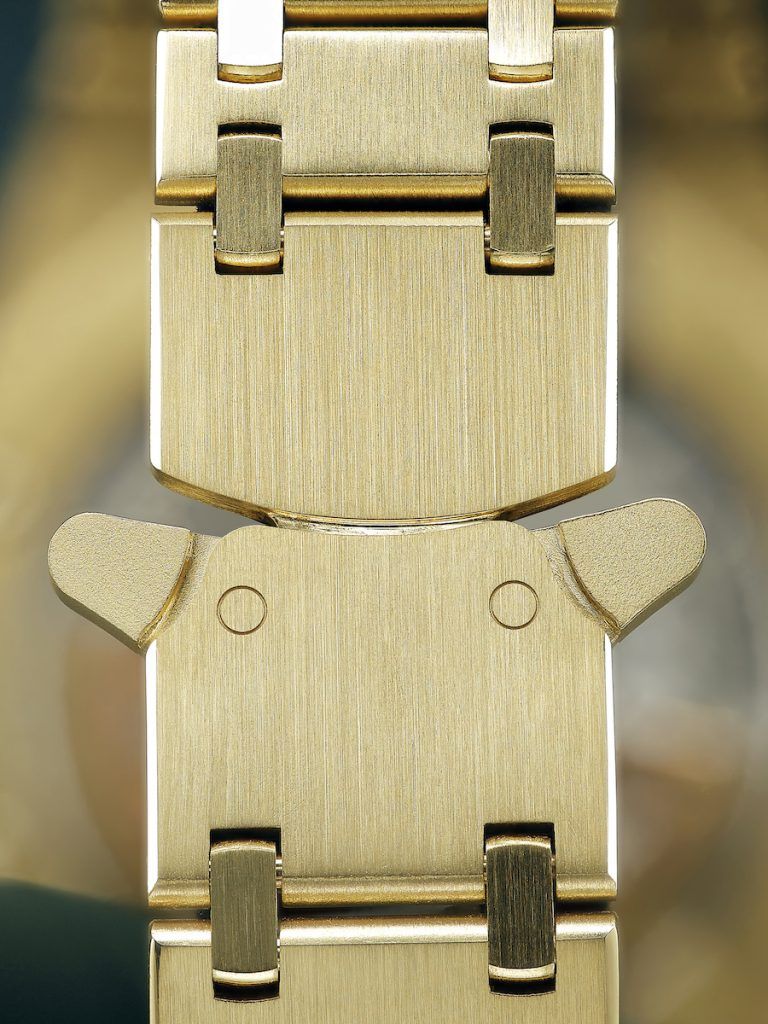 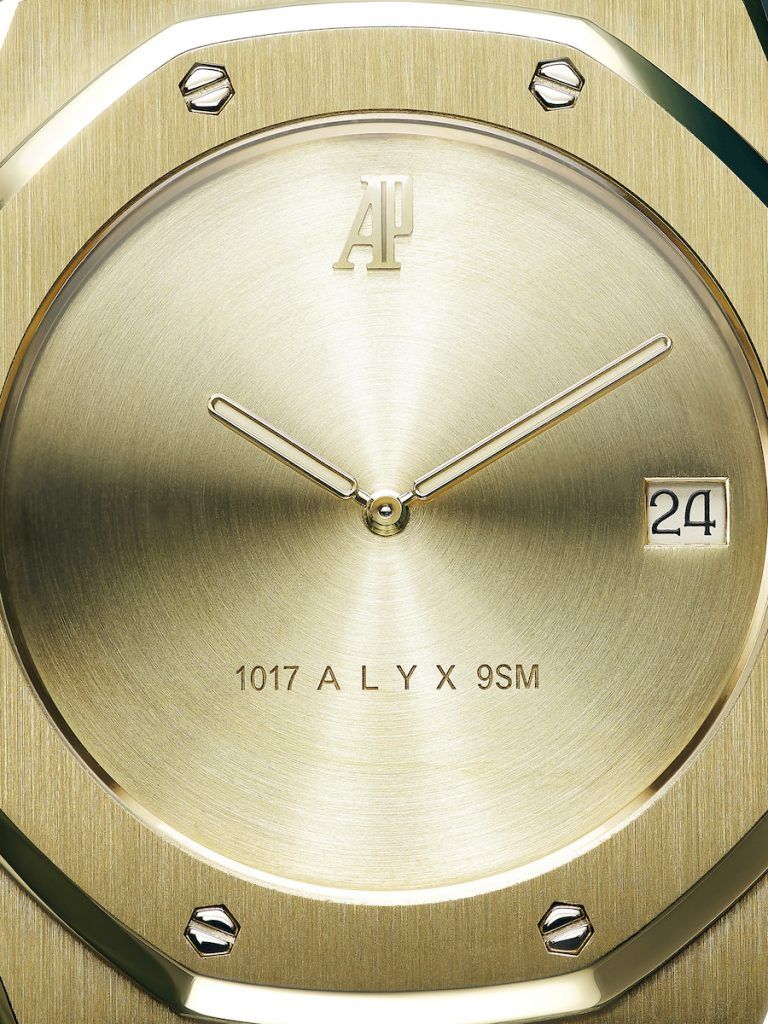 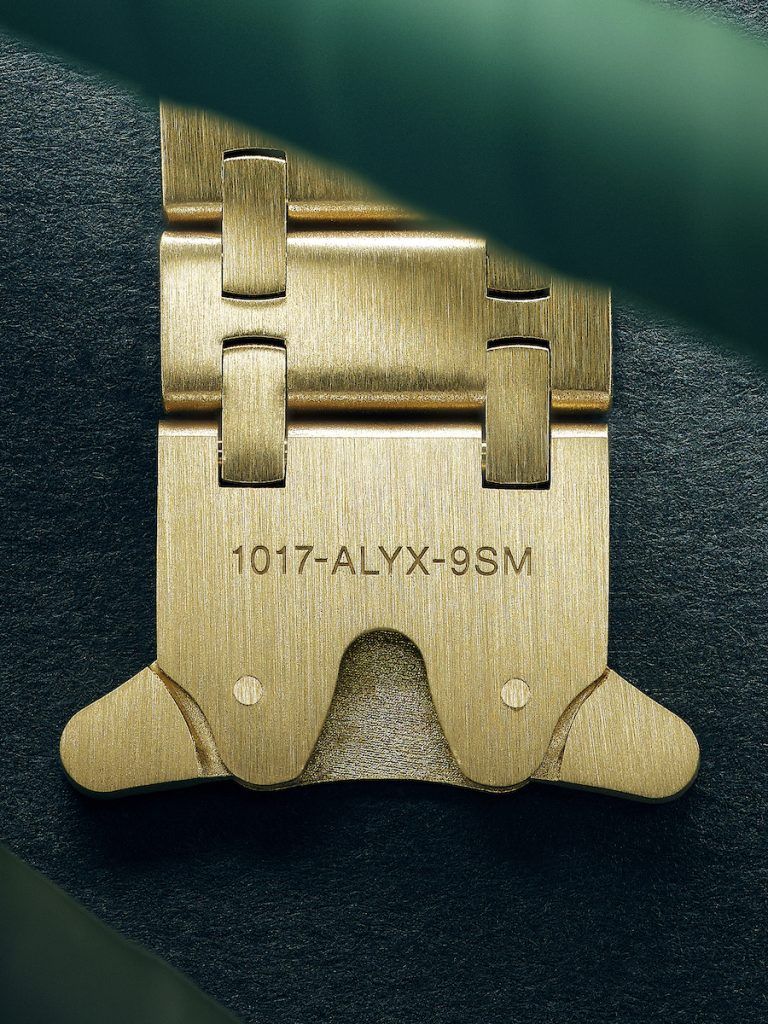 For Casablanca, Charaf Tajer takes his signature vibrant Casablanca aesthetic to the 36mm. Through his vision, he combines never been done before colour techniques utilising Diamond Like Coating (DLC) to create striking pieces in deep red, blue and yellow gold juxtaposed against baby blue, pink and green. The outcome is a truly diverse model in a totally distinct and vivacious palette.

On the project, Charaf says, “Working with MAD has been a real pleasure. Creating a bespoke timepiece has been a wish of mine. This watch presents to me an elegant but playful luxury piece, that combines my love of the Memphis art movement and my love of colour. I always want people to enjoy our pieces and I feel it as a continuation of the positivity in Casablanca.” 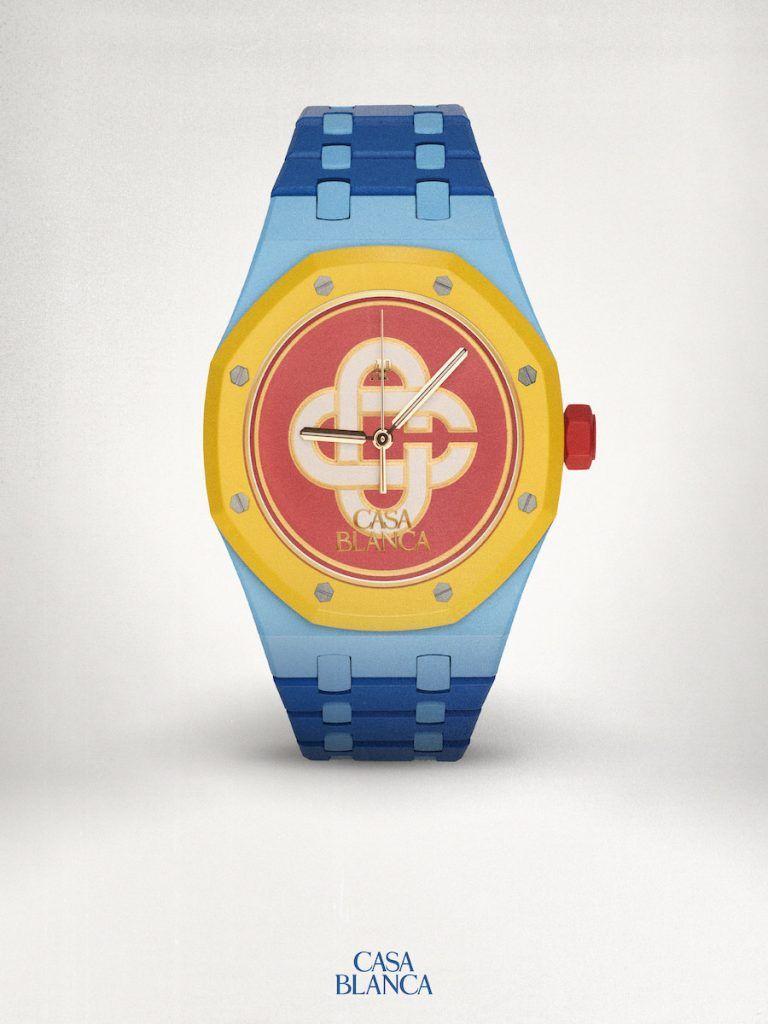 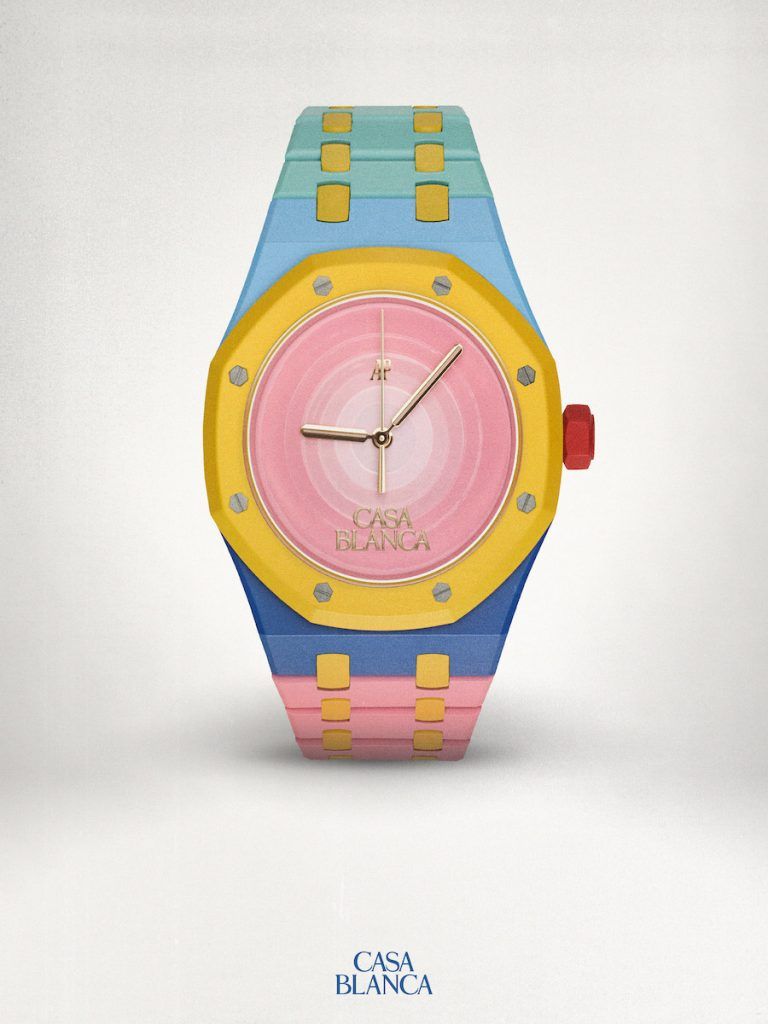 The watches will also be integrated to the Browns app signature Virtual Try On service allowing customers, through specific AR technology, to ‘Try On’ the incredible pieces via their phone. The curated, enhanced feature leverages technology to create a luxury experience through the guise of virtual reality.

MAD Paris Designer Series is available now via Browns Brook Street as well as online at brownsfashion.com. Each style is available in a limited run with five of each timepiece created.