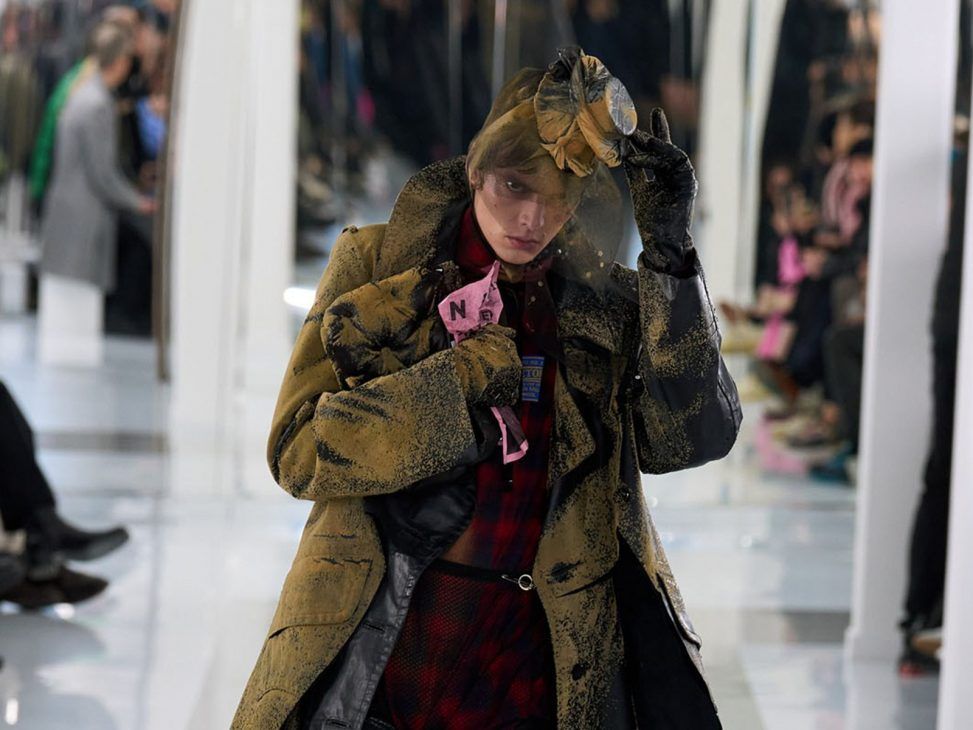 Maison Margiela is back, and it’s back indeed

John Galliano(@jgalliano) has returned to Paris, summoning the fashion world to the newly opened Maison Margiela headquarters to view the brand’s Co-Ed 2023 collection. The collection is the second part of a story that began last season, witn Cinema Inferno, where Galliano brought the love story of Count and Hen.

Between references to the 1920s and the classics of the house, John Galliano once again demonstrated his savoir-faire on the Parisian catwalk.  No one doubts why he is the enfant terrible de la mode, with an imagination and theatricality beyond the imaginable limits.

Under the watchful eye of a VIP audience including Kylie Jenner and Naomi Campbell, Galliano’s models paraded dramatically. On a nuclear white catwalk, Margiela makes his particular tribute to Jordan Mooney, the Queen of Punk, who passed away last year.

And although the tribute was clear, there was also the soul of Vivienne Westwood on the catwalk. Chains combined with knitwear, spiked bras, latex underwear, fishnet stockings filled the runway. The fascinator hats are made of garbage bags and tulle. Margiela’s signature tabi model diversifies into several different silhouettes ranging from a man’s shoe to a stiletto heel.

The essence of Maison Margiela and the punk aesthetic is more than solidified in this FW23. We have no doubt that it was the best way to end Men’s Fashion Week and start Haute Couture.