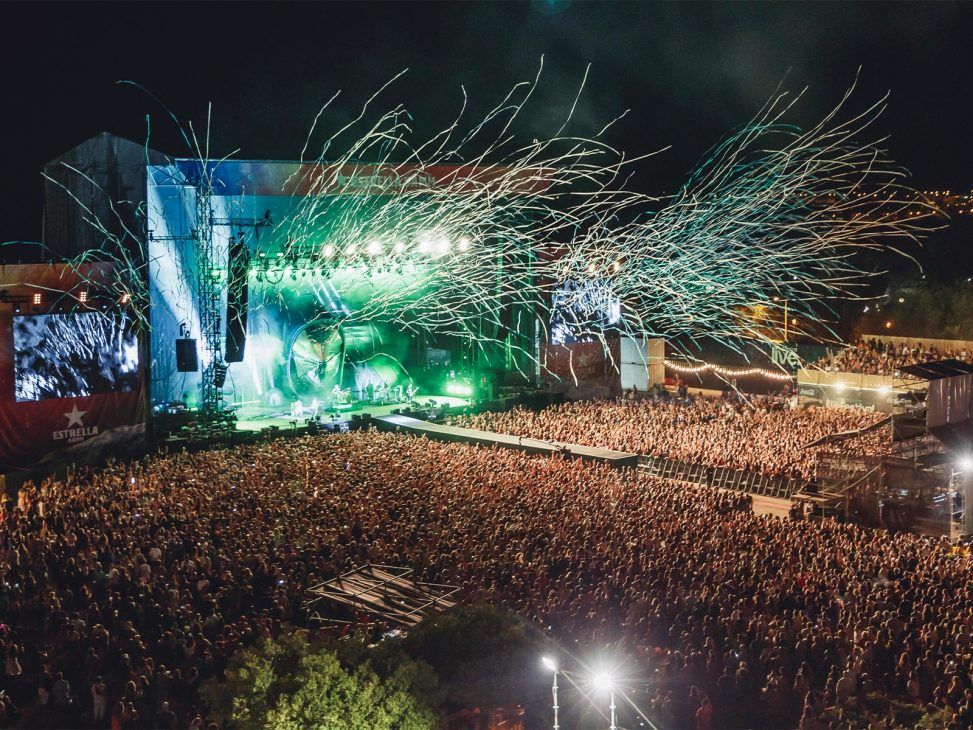 Mallorca Live Festival closes its most international edition with 72,000 attendees

Mallorca Live Festival consolidated its position as one of the major Spanish festivals with its fifth edition, a celebration that was postponed for two years due to the pandemic, but which this weekend brought together 72,000 attendees at the Antiguo Aquapark in Calvià on the 24th, 25th and 26th of June. 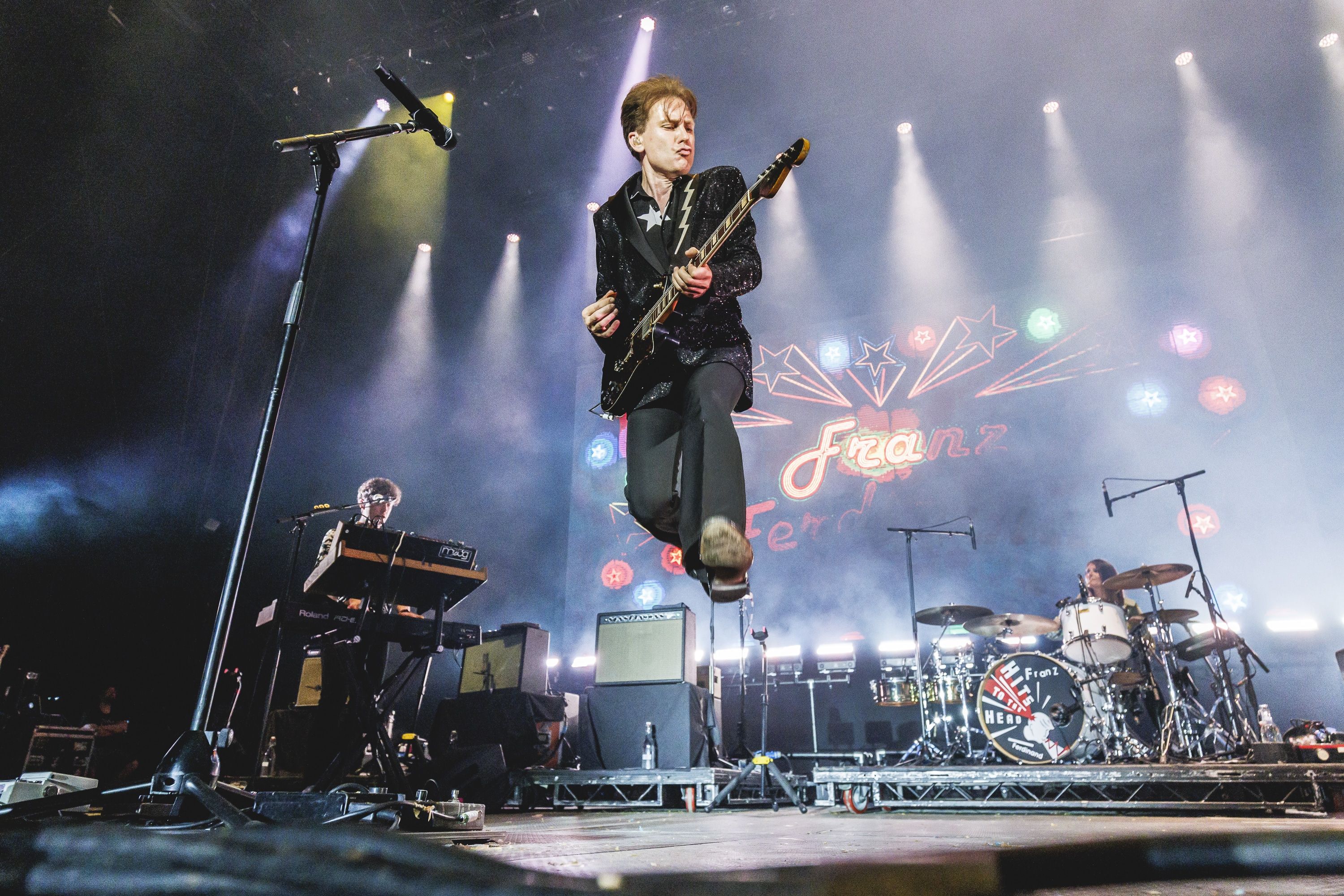 According to the organisers, 60% of the audience came from the Balearic Islands, 30% from mainland Spain and 10% from abroad. These figures, added to the increase in the number of people attending this year’s edition, ratify the festival’s commitment to attracting new audiences and fostering cultural and quality tourism in Mallorca.

The festival has been the most important cultural event in the Balearic Islands for years due to its ability to attract visitors and its artistic proposal. This year, in its most international edition, the line-up included big names such as Muse, Christina Aguilera, Franz Ferdinand, Justice, Editors, Metronomy, Cut Copy, Milky Chance, Supergrass and Temples.

It also featured some of the most anticipated national bands of the year such as C. Tangana, Izal, Kase.O Jazz Magnetism, Rigoberta Bandini, Guitarricadelafuente and Sen Senra; as well as some of the best DJs of the moment: Jamie xx, Jeff Mills, The Blessed Madonna, Ben Ufo and Max Cooper.

Some of the most outstanding proposals as well as the most promising of the local Balearic scene had their place in the line-up. Opening each day were Saïm, Amulet, Alanaire, Yoko Factor, Trigga and Bisuri i Els Mossos, winners of the Mallorca Live prize in the Palma Pop Rock Contest, among others.

The awaited concert of C. Tangana 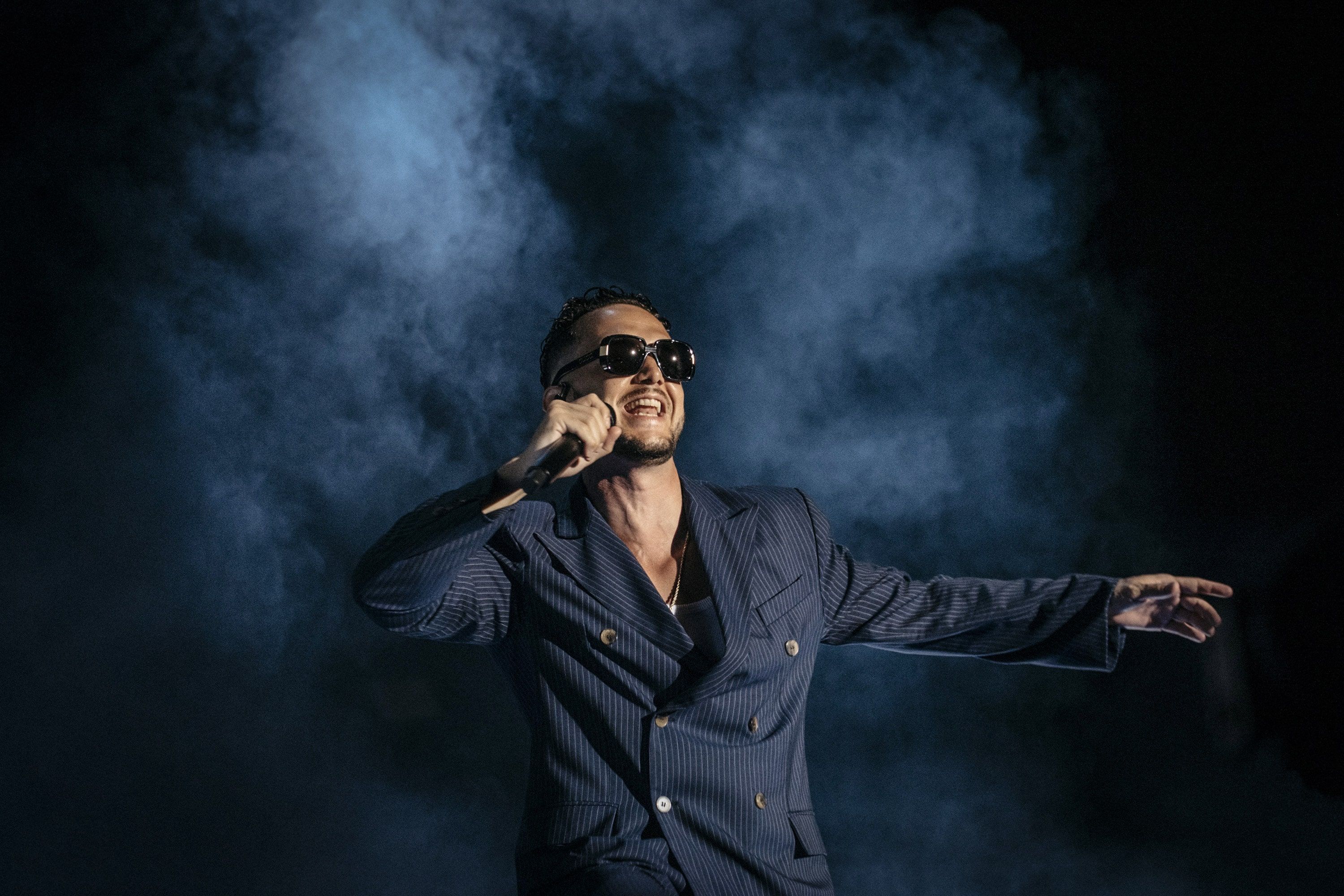 On the first day, Friday 24th June, C. Tangana was the most awaited moment of the festival, with a massive attendance of more than 27,000 people. Incidents with the validation of wristbands before entering the venue and the traffic jam on the Andratx motorway meant that part of the audience was unable to attend the Rigoberta Bandini concert and showed their discontent on social networks.

Izal‘s farewell to his Mallorcan audience was perhaps the most emotional moment of the festival, only on a par with the epic concert by Kase.O Jazz Magnetism, who also announced his temporary retirement from the stage, or the incredible session by Jamie xx, who joined the line-up only a few days earlier due to the announced absence of Korean DJ Peggy Gou for family reasons.

Christina Aguilera and Franz Ferdinand, Queen and Kings of Saturday 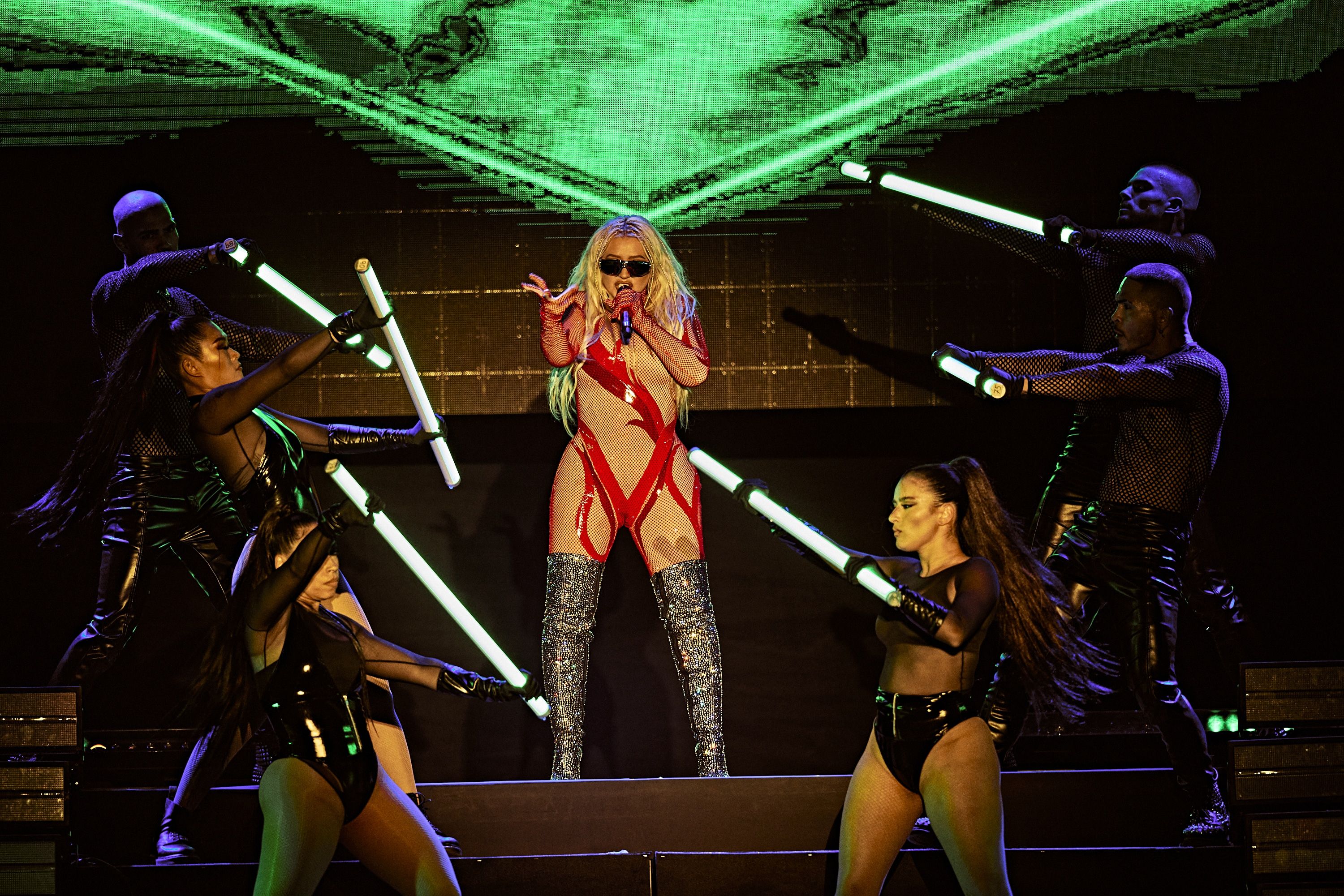 The organisers were able to react the following day by reorganising and increasing the number of staff in the stands, information and bars, so that the day went on as normal. Christina Aguilera, who spent the whole week in Mallorca rehearsing for her tour, proved with her show that she is still one of the great pop divas. Franz Ferdinand, in full communion with the audience, brought their career celebration tour to Mallorca and set the venue on fire with 90 minutes of non-stop hits, becoming the true kings of the festival.

Aguilera was preceded by the psychedelic-tinged guitars and great style of Temples, in what was their first concert since March 2020. The Brits enjoyed revisiting their discography with an outstanding sound. Cut Copy arrived from Australia to close the first stage with evocative melodies and synthesizers. In the electronic section, the live sets by Cobblestone Jazz and Klick & Frik stood out and, above all, the session with which the magician Jeff Mills closed the day.

Muse closes the festival in style 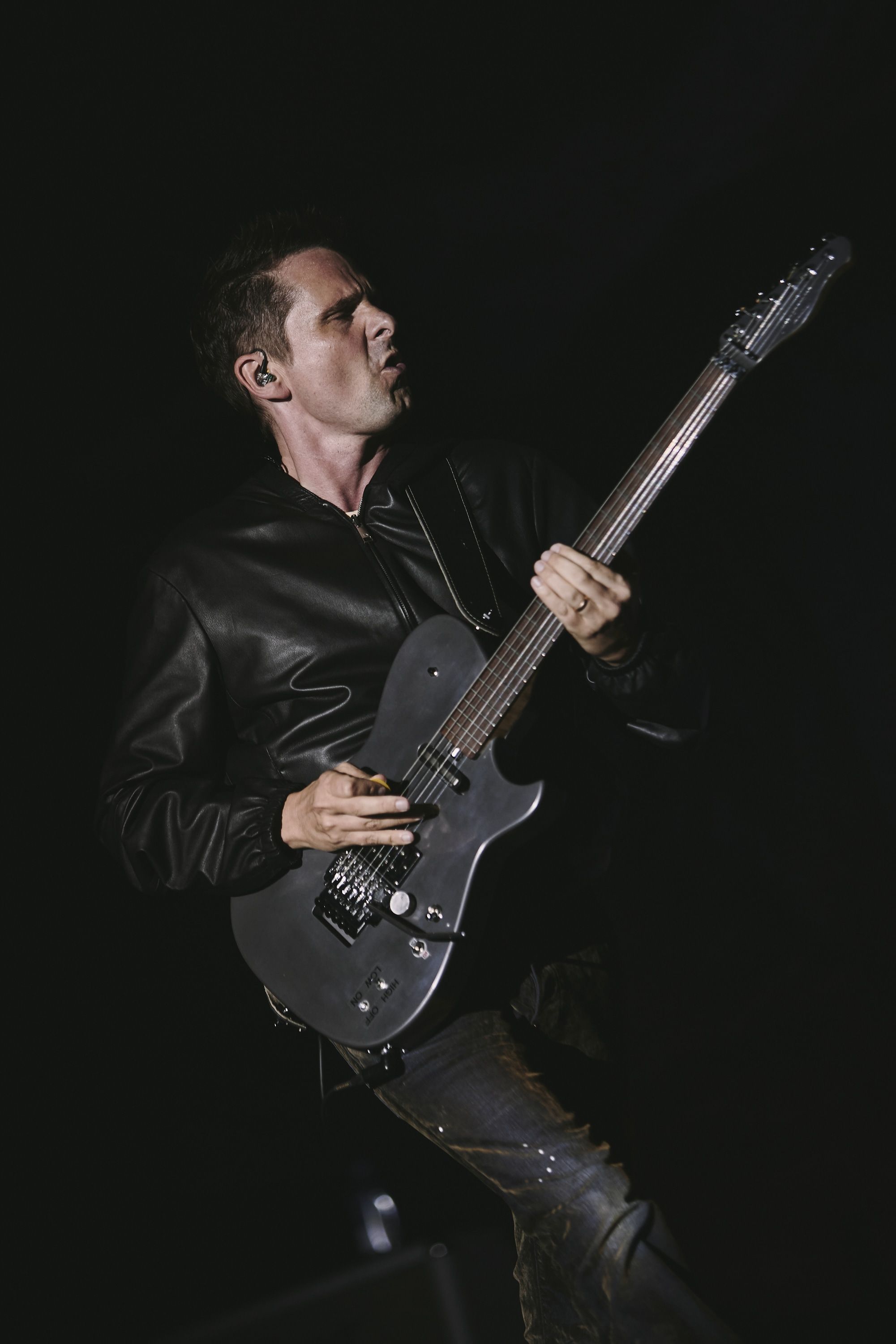 The British band Muse performed for the first time in the Balearic Islands on Sunday – in what was their first national festival date this year – and gave an apotheosis concert. Matt Bellamy and his band blew the Old Aquapark in Calvià out of the water. Such a show had never been seen before on the islands.

The first of the highlights of the day was the always special live performance by Guitarricadelafuente, and Metronomy gave one of the best concerts of the weekend, putting the audience in their pocket with their catchy rhythms. The fun show by the Germans Milky Chance and the irresistibly seductive dance session of Latin rhythms by the Mexican Pahua were not far behind.

But if there was one band that had caused expectation on the island, it was Justice. The French duo deployed all their electronic arsenal to put the finishing touch to this fifth edition with a show marked by hypnotic light effects. The Blessed Madonna closed a magical night on the dance floor of Mallorca Live.