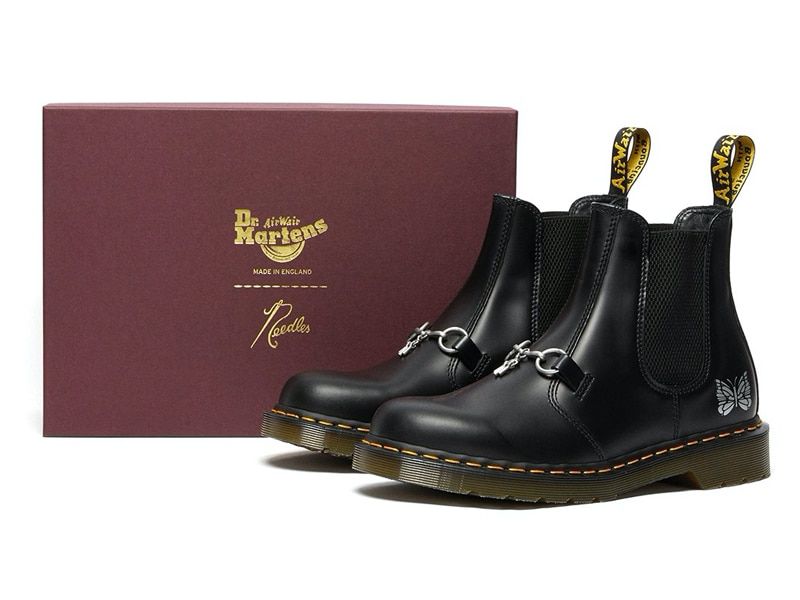 Needles has just launched a new iteration of the classic Chelsea 2976 in collaboration with Dr. Martens. The new silhouette is presented with a distinguished vintage touch and available in two colorways: “Black Smooth” or “Cherry Red”. 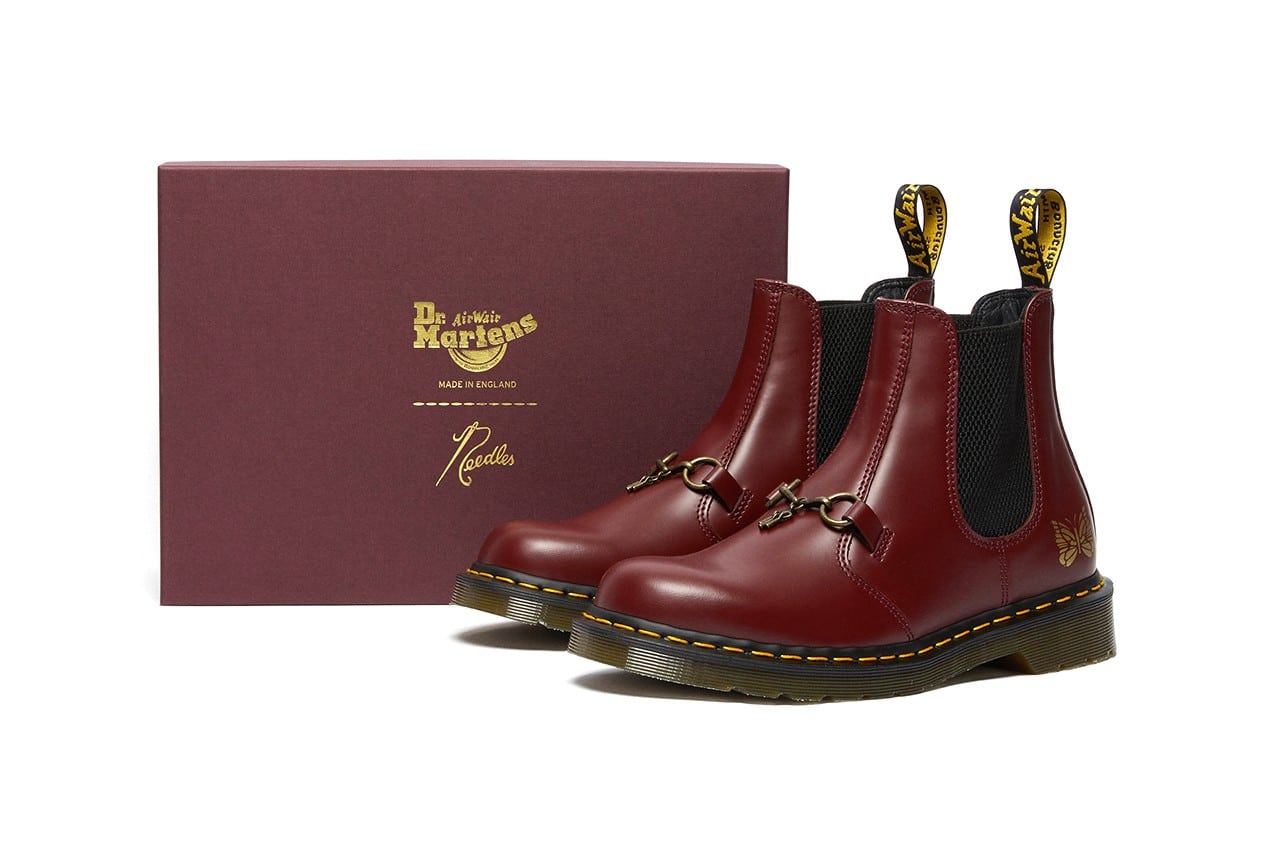 After presenting its latest collection for FW21, full of dreamlike reminiscences to the 70’s, NEEDLES redesigned the classic Chelsea 2976 by Dr. Martens. This is the first collaboration between the two brands, but seeing the result, it’s sure not to be the last.

The proposal presents two new silhouettes designed in line with the NEEDLES aesthetic and following the heritage of Dr. Martens. The result translates into two new pairs presented in two different shades: “Black Smooth” and “Cherry Red“, along with a horsebit on the front, designed in silver for the black proposal, and in gold for the red one. 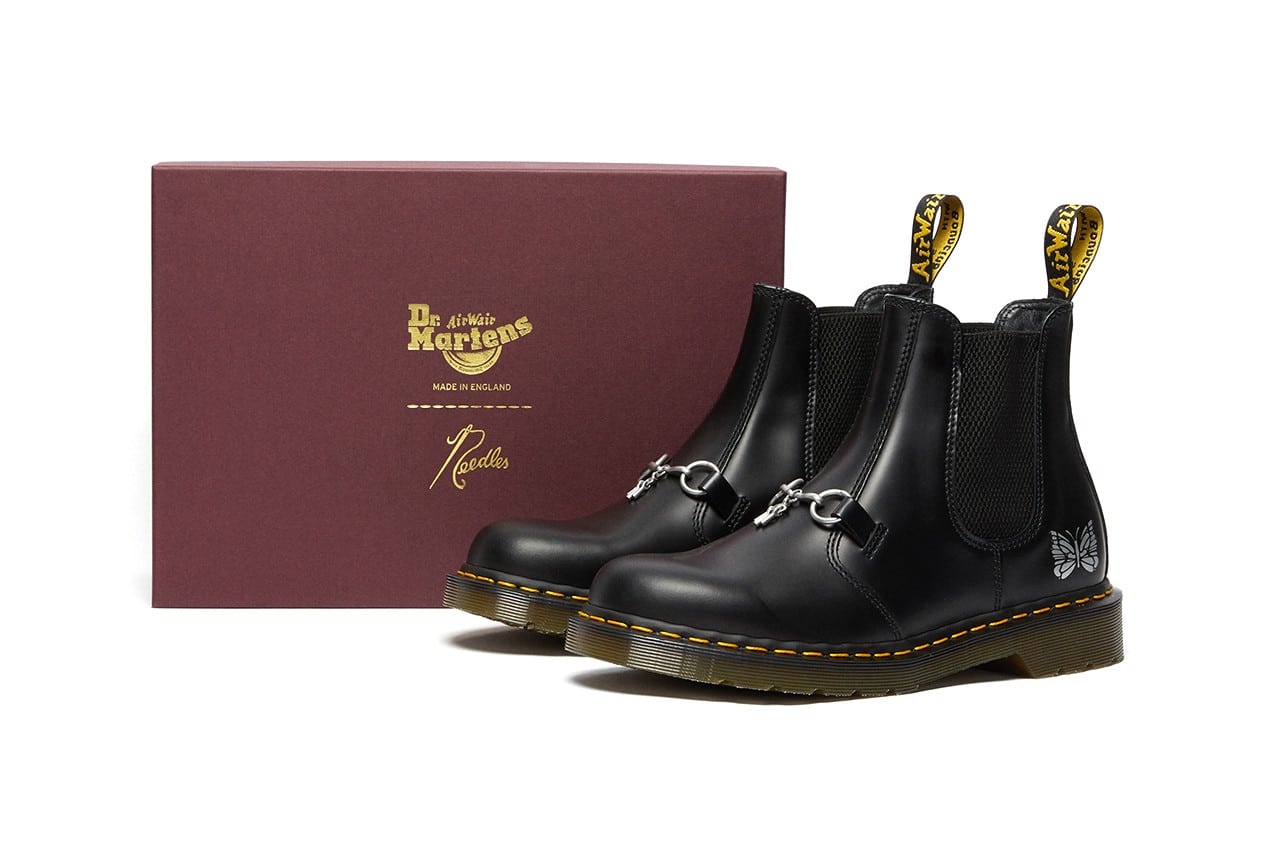 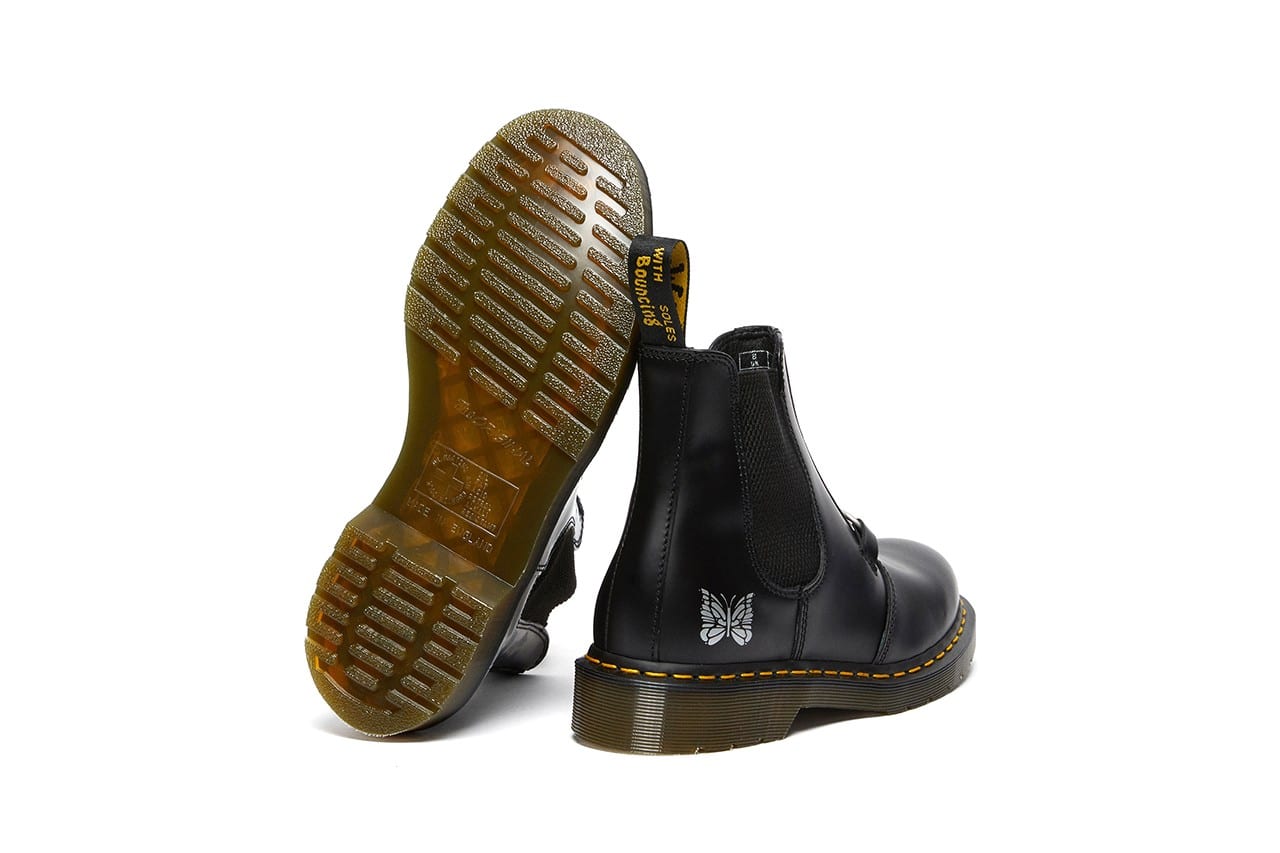 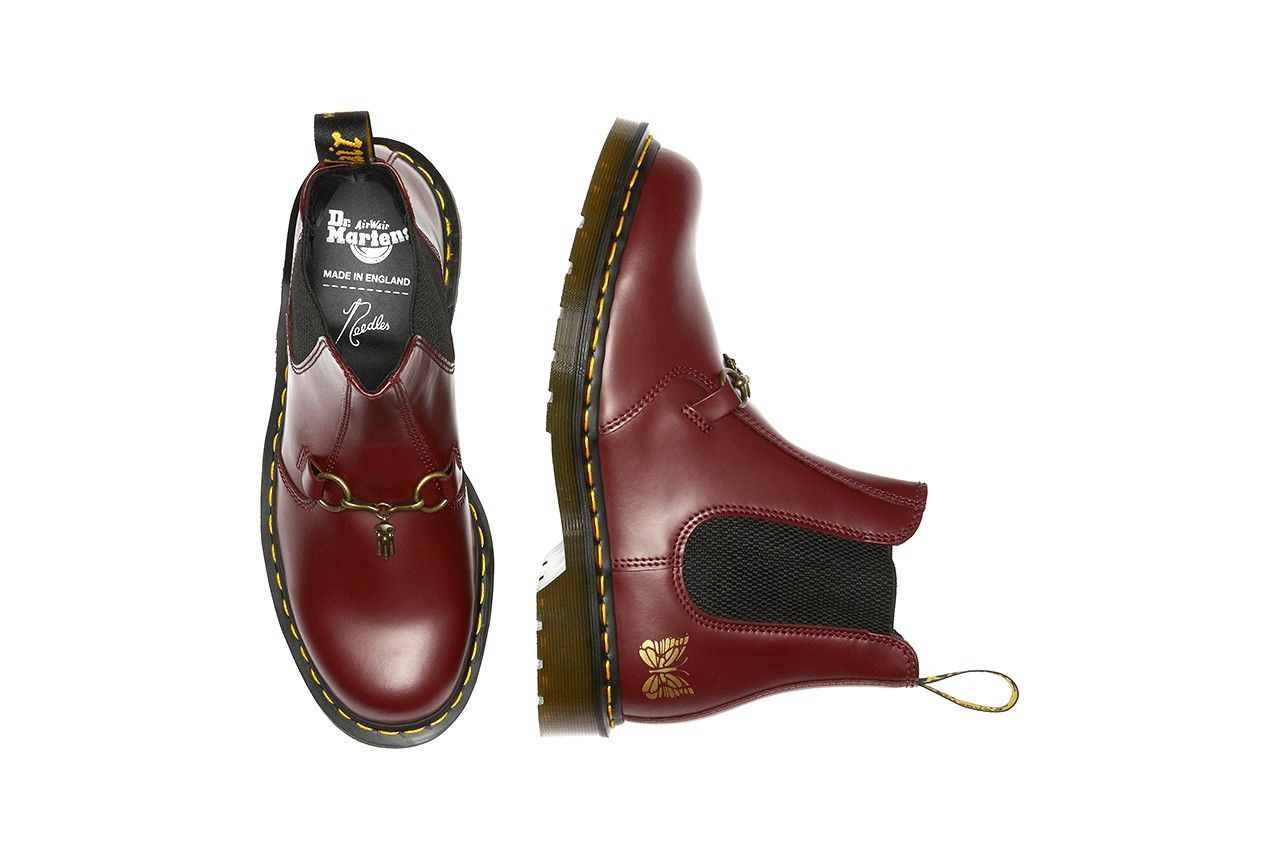 In addition, each pair features the NEEDLES butterfly logo on the heel and a tassel hanging from each horsebit.

The new Chelsea NEEDLES 2976 will be released on February 27th through the Dr. Martens website.

Asics unveils new collaboration with Kiko Kostadinov
Ahluwalia travels to the 70s for SS22
Marina Abramović unveils her secret
Levi’s and Clarks pay homage to Manchester music scene
Instagram reveals more about its algorithm
Noah’s legacy for adidas continues
JJJJJound and Dr. Martens are working together on a new collaboration
United Airlines goes supersonic
The NFT market officially collapses
Amazon is committed to the pleasure and enjoyment of its employees
Can you imagine wearing Picasso’s watch?
YouTube classic ‘Charlie Bit My Finger’ sold as NFT