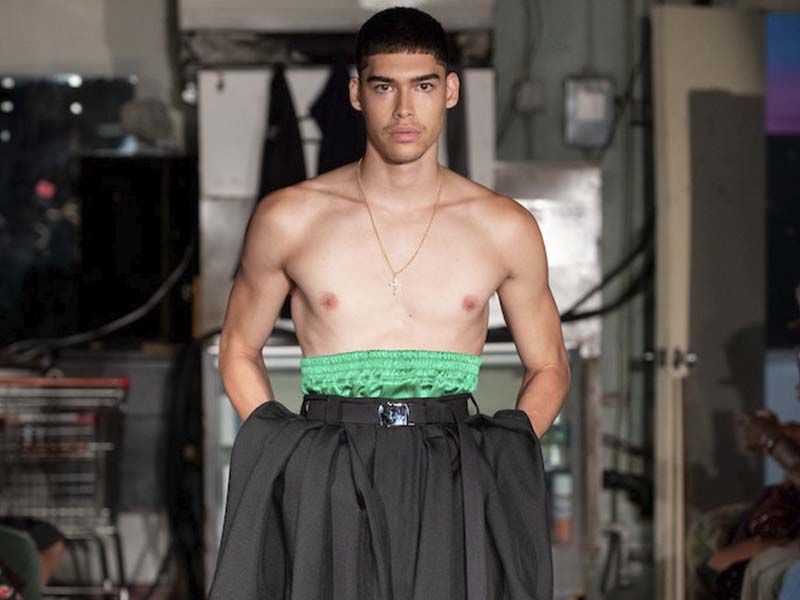 Willy Chavarria is fast becoming a benchmark in men’s fashion. After taking the position of vice president at Calvin Klein menswear, he continues with his eponymous brand and presents his latest collection for the spring/summer 2022 season. 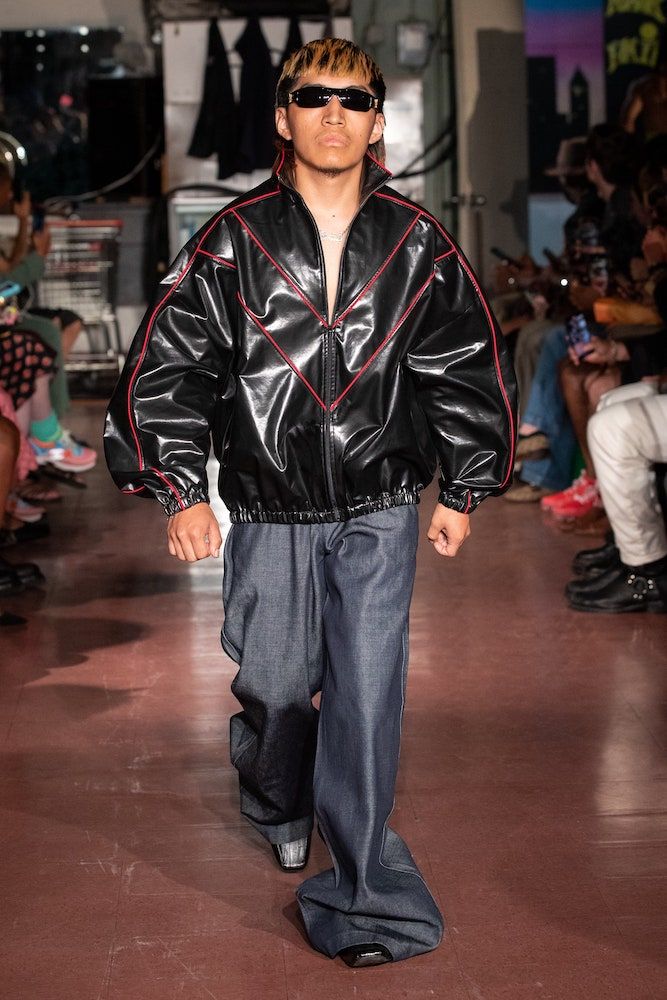 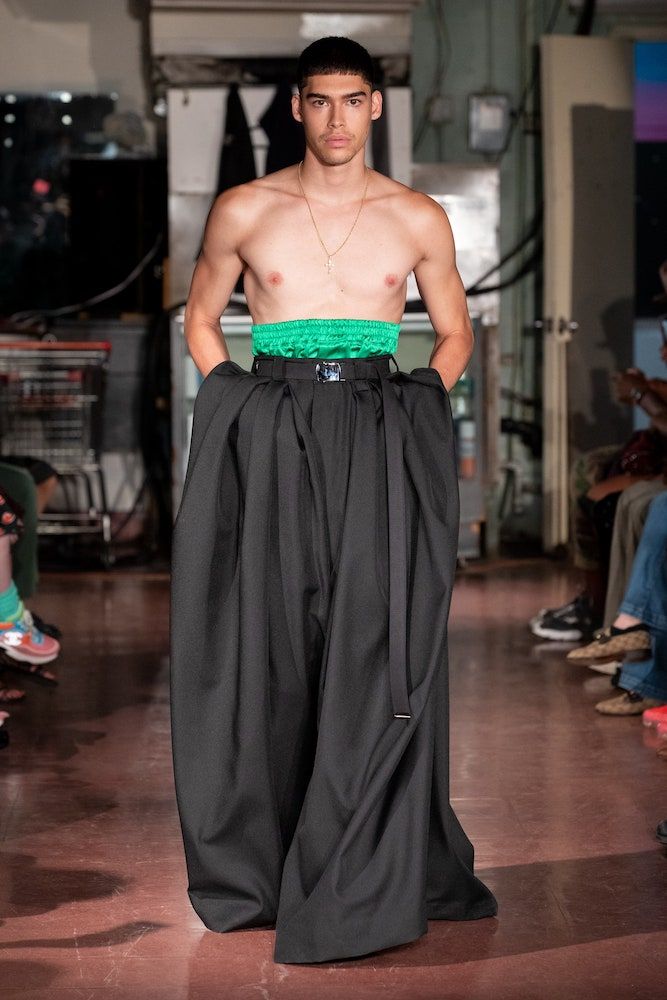 The New York-based designer’s vision is being recognised by a much wider global audience. His past collections are known for having political messages, as he sees fashion as a vehicle for change. However, for this season he has also recognised the importance of making clothes that are simply aesthetically pleasing and without undertones.

The show took place at Astor Place Hairstylists, a 74-year-old barbershop that was on the verge of closing during the pandemic. The first four models walked in shirtless in a pair of ultra-high-waisted trousers, fitted with a belt, chinos with box pleats and satin boxers that overhung the jeans. 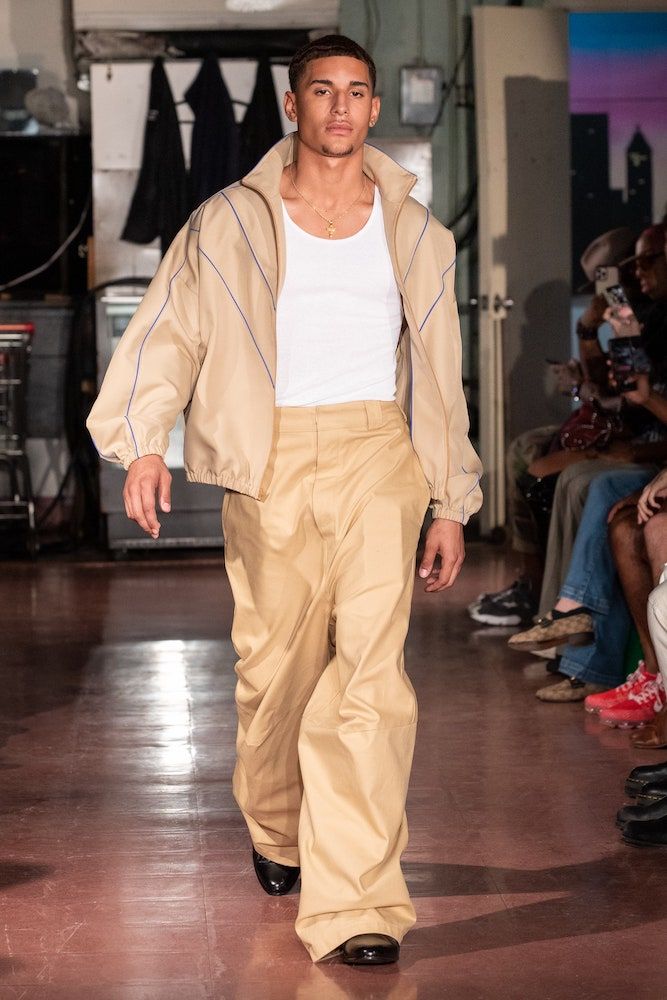 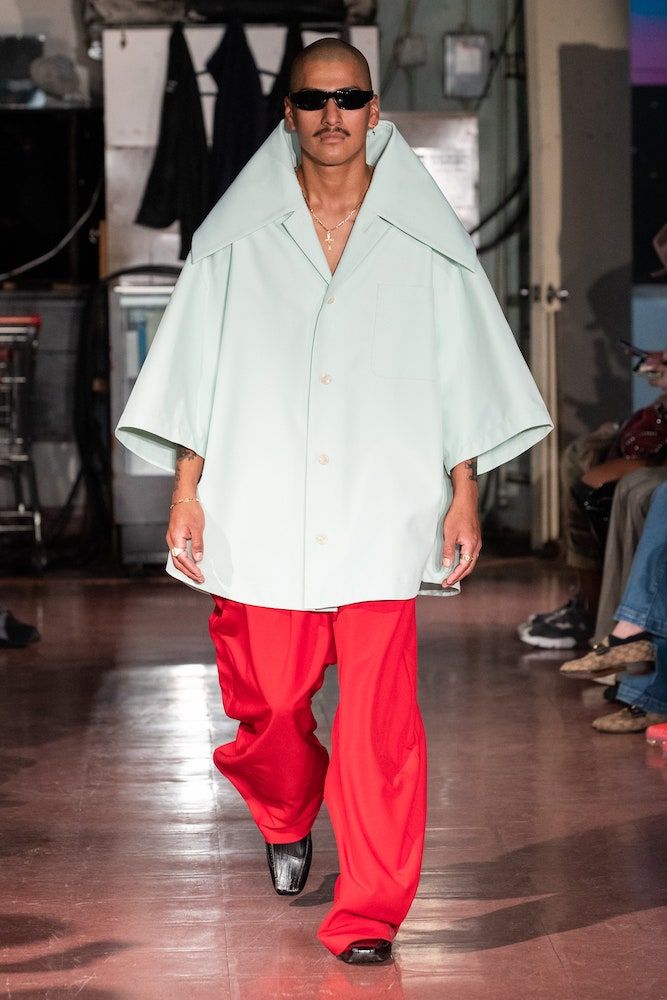 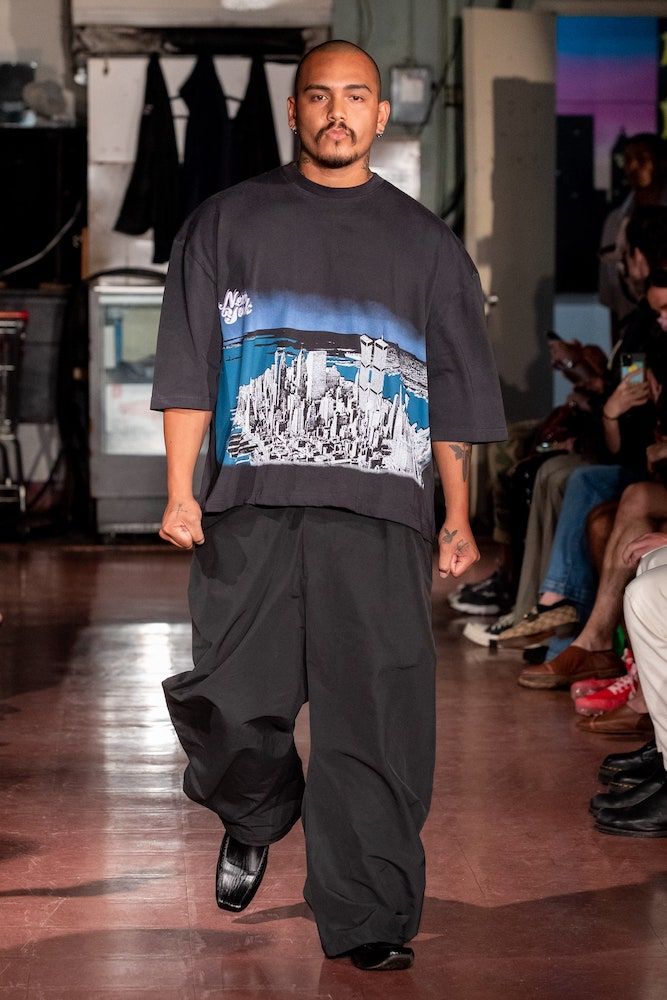 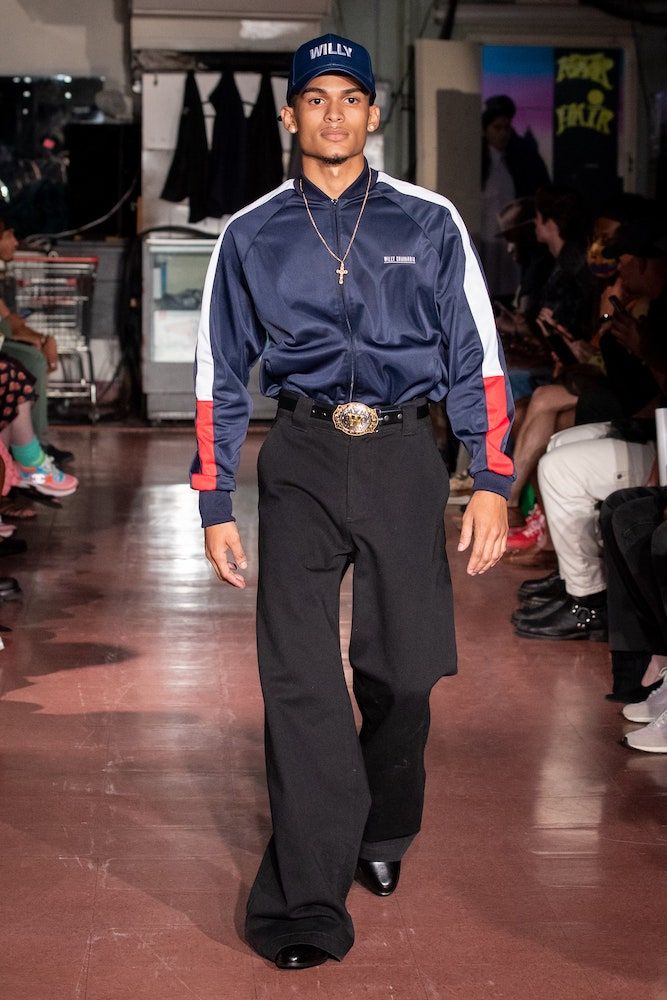 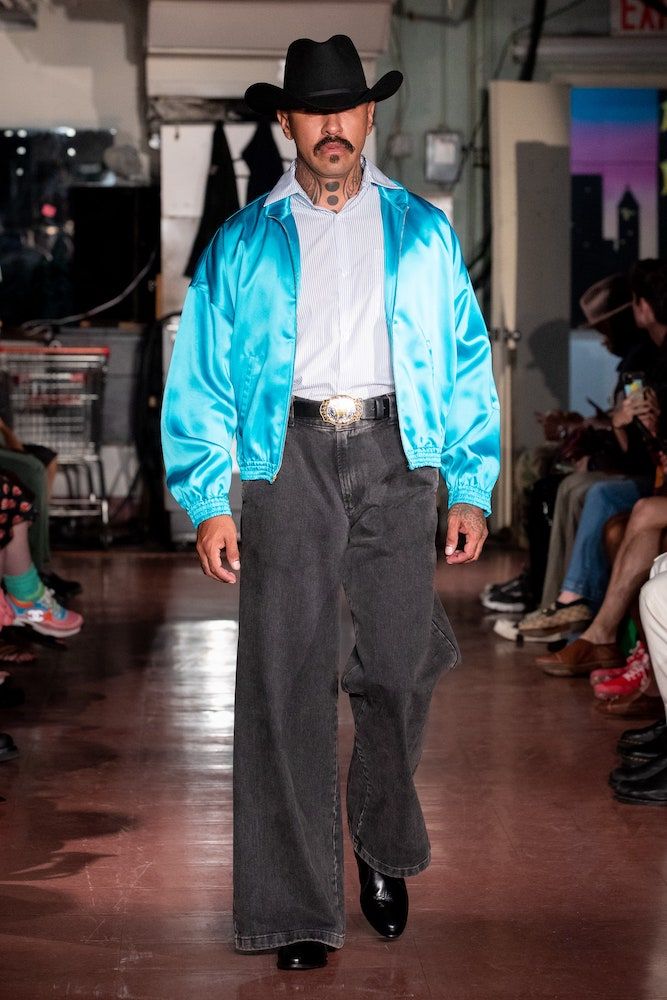 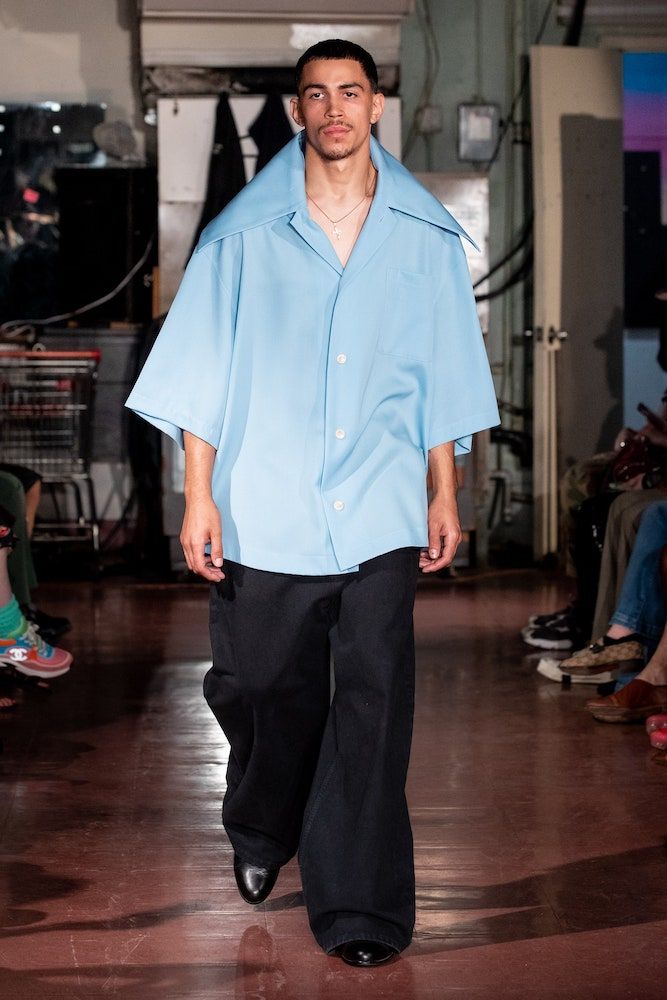 Afterwards, the music changed which prompted a variation in clothing inspired by the old streets of New York. Leather jackets, wide-leg jeans and oversized, square-shaped, off-the-shoulder T-shirts invaded the room. The designer described his SS22 collection as his “most finely articulated” garments to date.