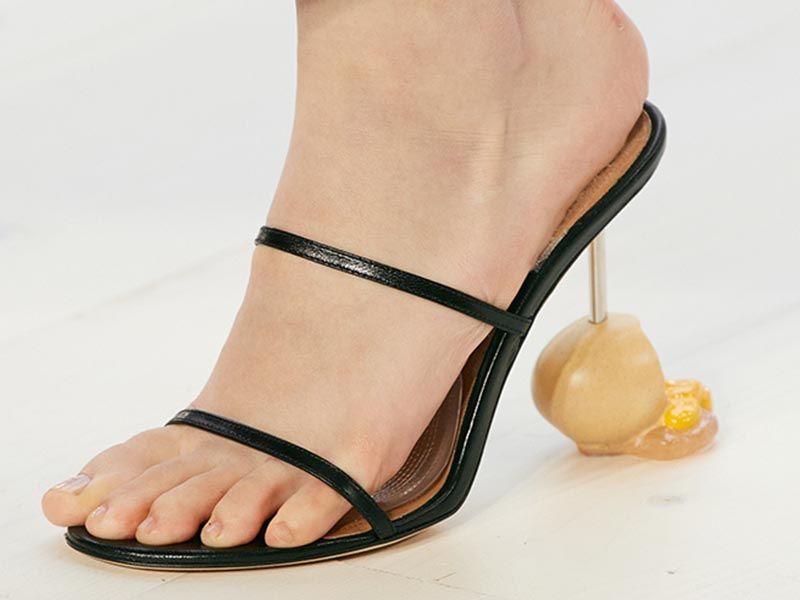 We present you the best shoes from the SS21 fashion shows

In-person fashion week is back and the designers have come well-prepared. From Loewe’s soap-patterned mules that were meme fodder to Rick Owens’ gothic gladiator sandals, we bring you the best footwear of the SS21 season. 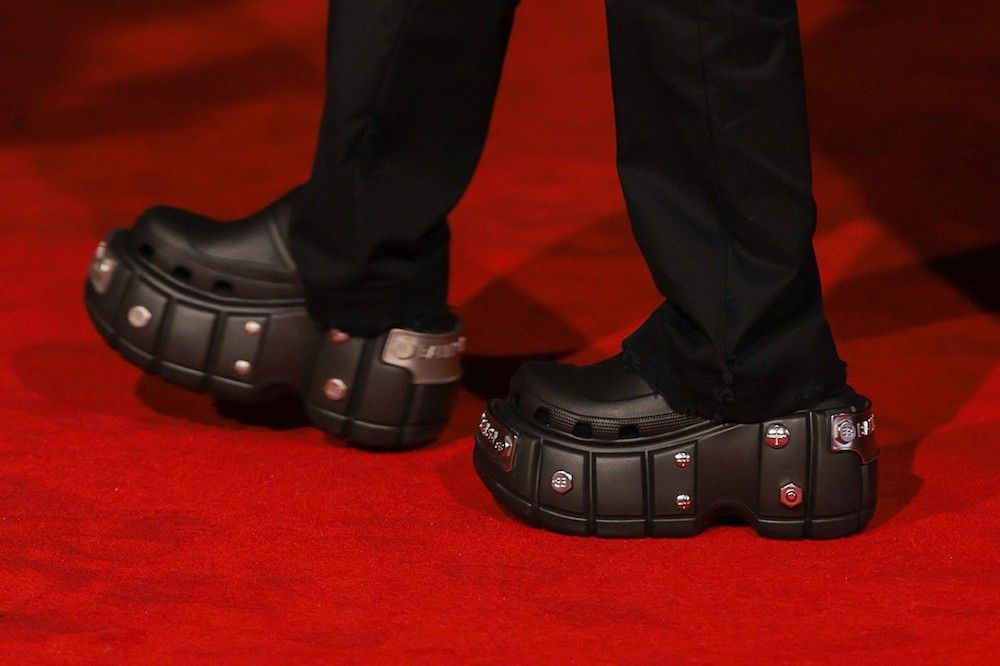 After 18 months with digital fashion shows, the fashion week returns in person. Of course, the brands wanted to come back in style and presented vibrant collections inspired by post-pandemic times. In terms of footwear, they didn’t fall short and presented rough silhouettes full of details. We show you the craziest footwear of the SS22 season.

Simone Rocha’s SS22 collection came full of floral textures, delicate patterns and much more. The prettiest shoe on display at the show was a platform sandal covered in tiny daisies that gave it a fairytale effect in every way.

Aside from the SS22 ready-to-wear collection and the collaboration with the Simpsons,Balenciaga‘s footwear this season stood out as always for its dark aesthetic, both in angular loafers and gothic platform Crocs, perfect for being the centre of attention.

Jonathan Anderson marked his return to Loewe and with it an aesthetic renaissance with his SS22 collection. The brand’s footwear could be considered the craziest of the season. He replaced the stiletto heel with bars of soap, roses, nail polish and broken eggs. 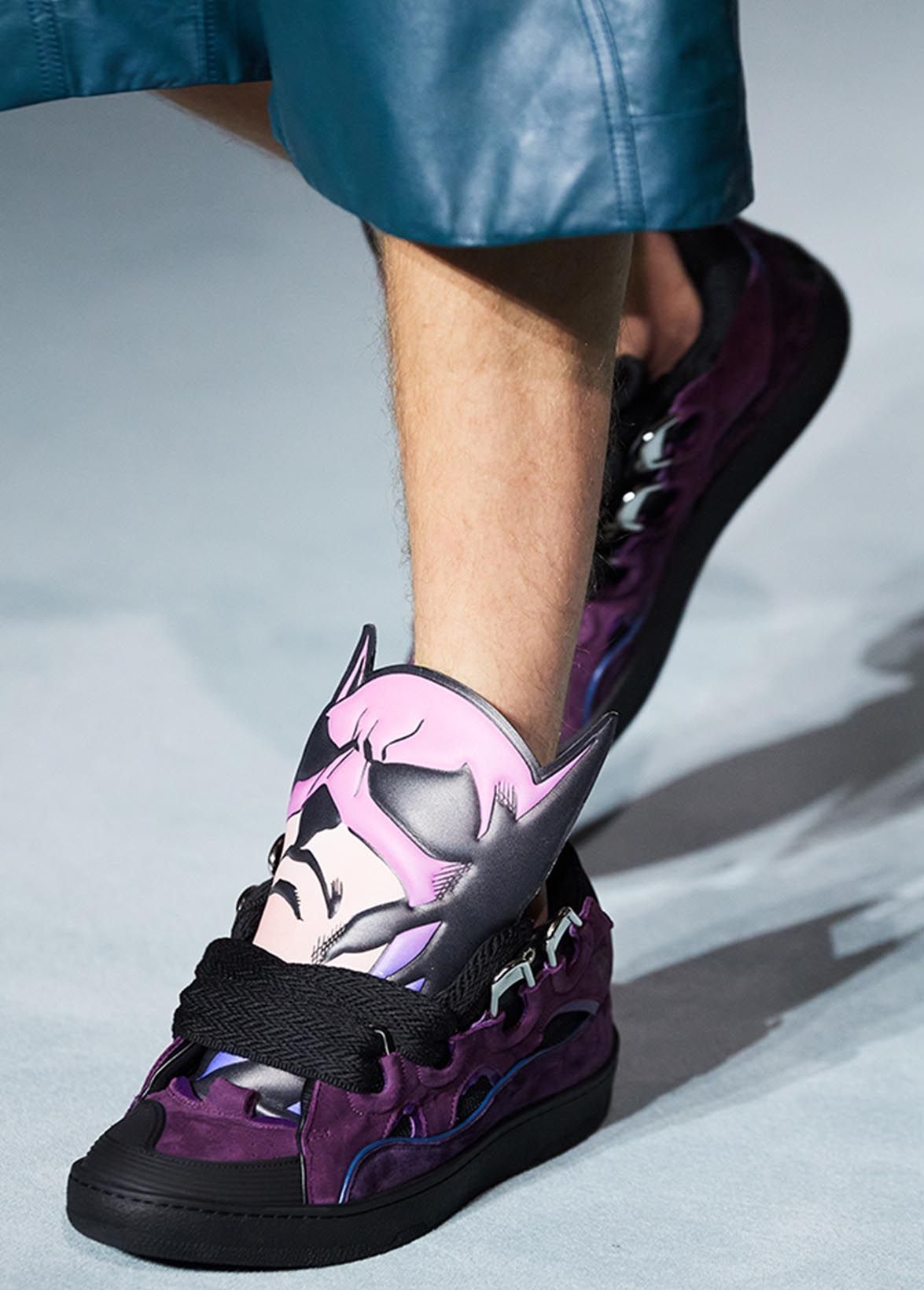 An unexpected collaboration with Batman brought the iconic superhero to centre stage for Lanvin SS22. This season’s collection was covered in cartoons. His most eye-catching shoe was the iconic Osiris D3 with a Batman mask as a tongue.

The Rochas SS22 show marked the start of Charles de Vilmorin’s tenure as creative director of the fashion house. The standout footwear of the show was his XXL knee-high boots that appeared to have wings protruding from the sides, making it a very extravagant choice. 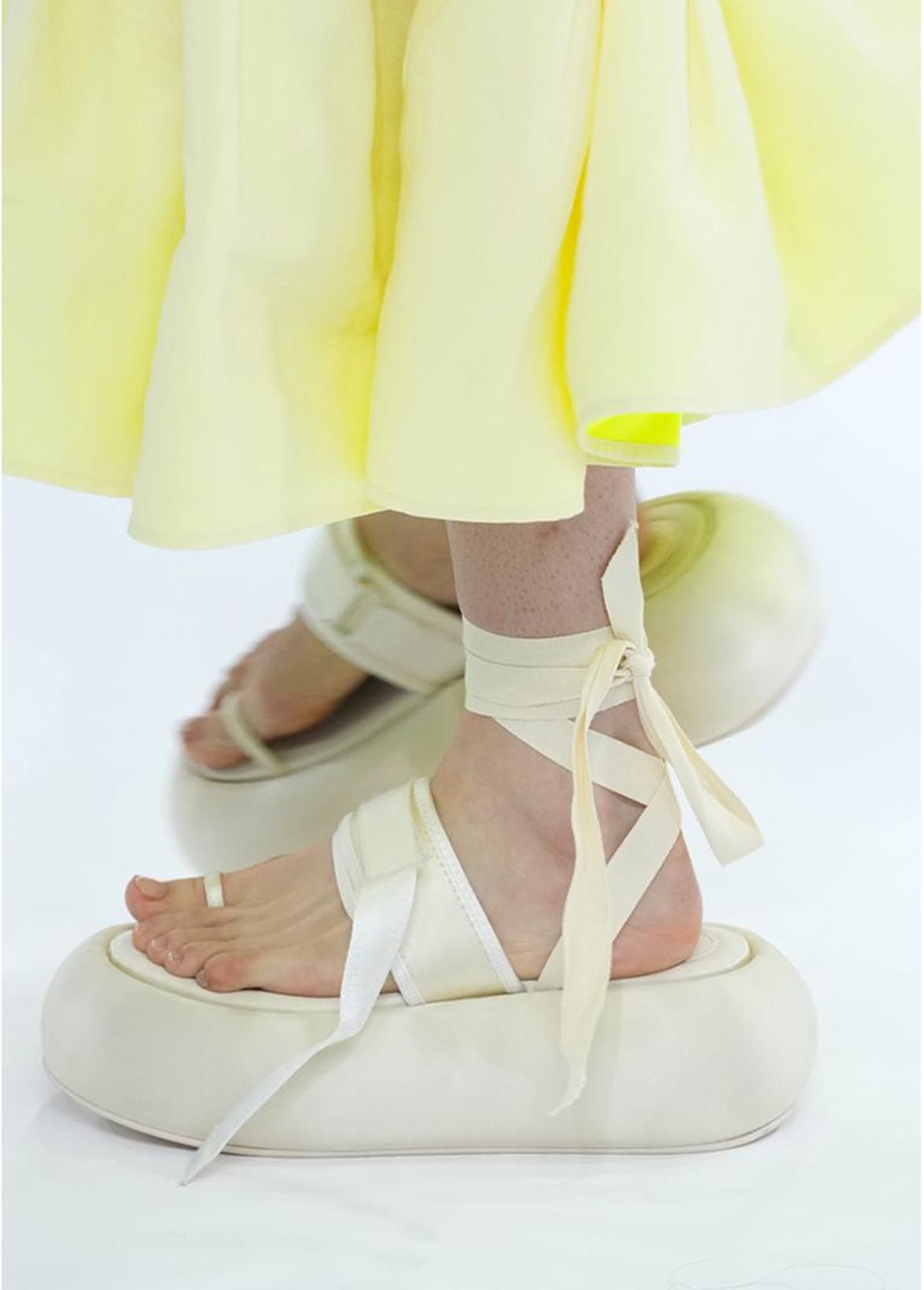 Combining the eccentric with the minimalist, Sportmax’s SS22 collection was highlighted by neutral tones. As for the shoes, their iconic strappy footwear was not missing. Their famous strappy sandals came this time with a rounded platform that made the effect of walking on clouds.

Rick Owens stands out for his grunge and elegant aesthetic and, of course, his SS22 collection was full of sexy cuts and stretch jumpsuits. As always, the footwear that accompanied the show did not disappoint. This season, Rosalía’s beloved brand presented its own version of gladiator heeled sandals. 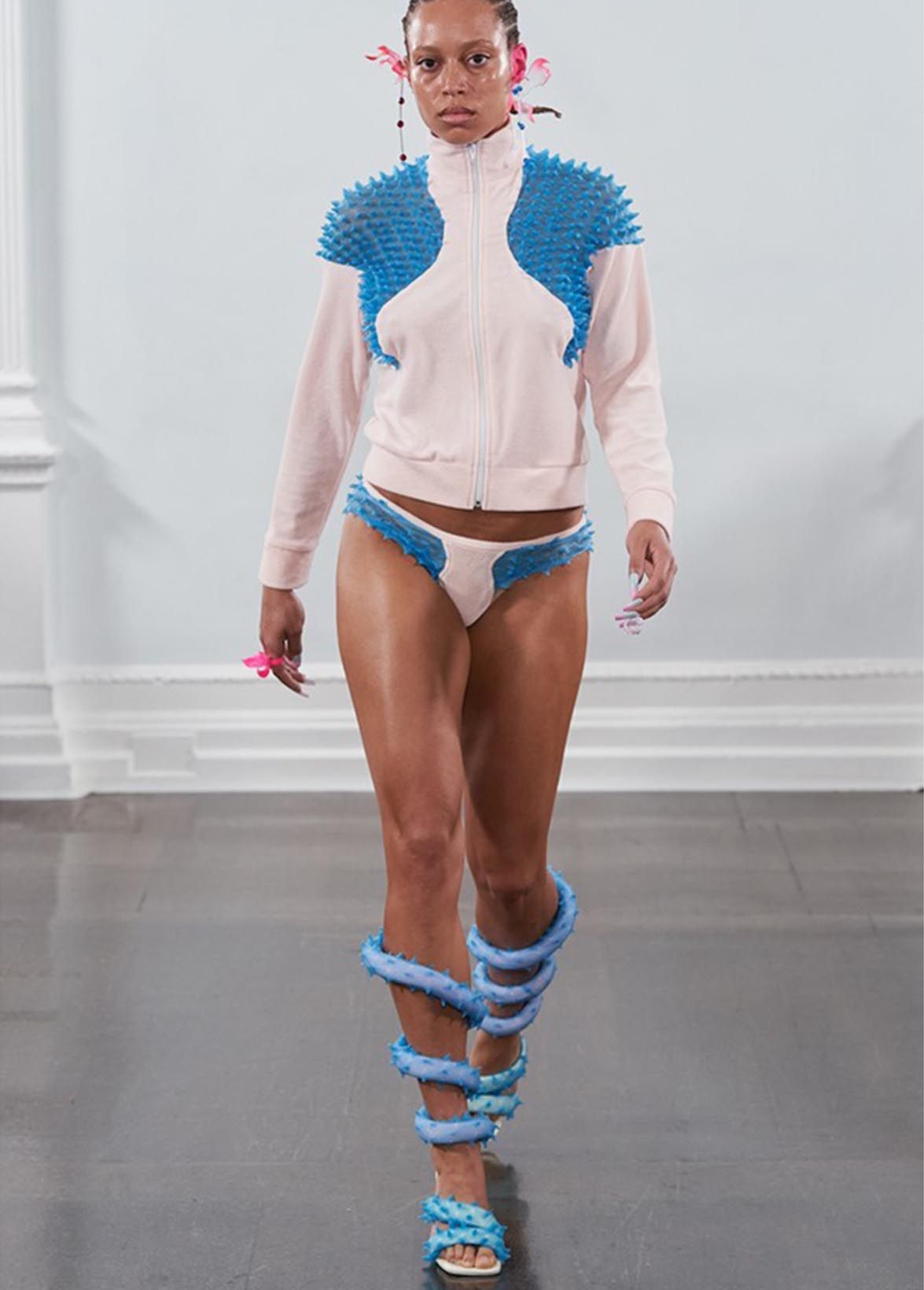 Knitwear is the hallmark that has been in all the collections of this brand since it was founded last year. As for the footwear, we mustn’t overlook it. Chet Lo has launched for this season fun sandals that wrap around the leg like vines.

Now… Why don’t you take a look at this season’s SS22 colour trends?