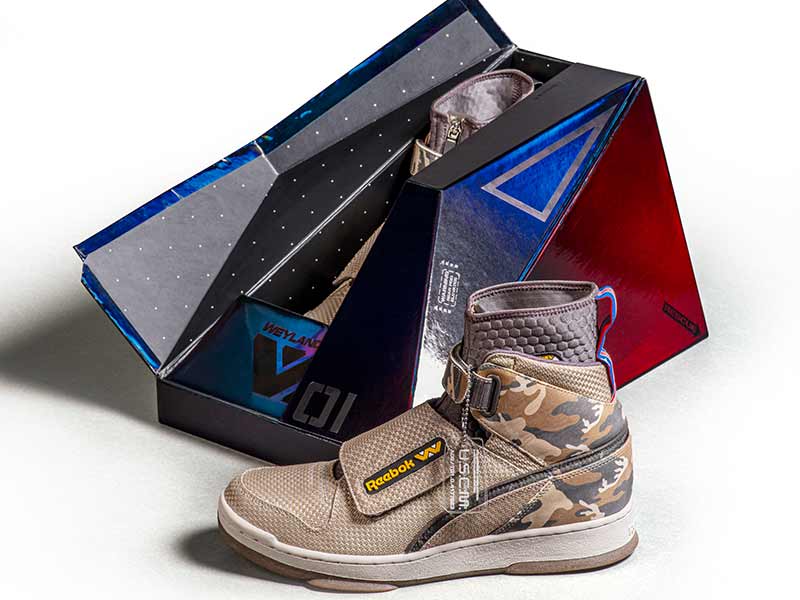 Reebok celebrates Alien Day with the new Reebok Alien Stomper “Bug Stomper”, a sneaker inspired by the Bug Stomper from the 1986 cult movie Aliens. And it arrives full of impressive details and two pieces of clothing that complete the collection. 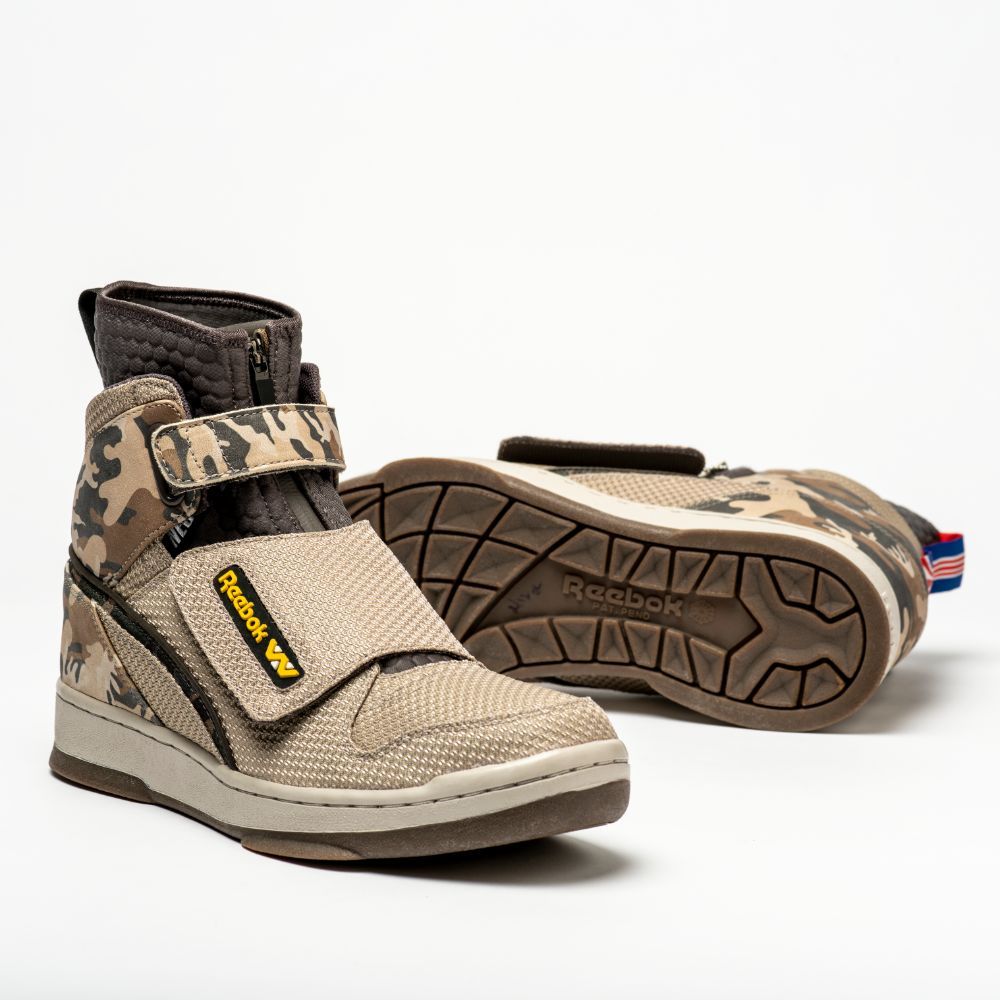 Reebok has launched the new special collaboration that has resulted in the Alien Stomper “Bug Stomper” model. The model arrives just in time to celebrate Alien Day this 2020, the Day of the Alien that is celebrated worldwide on April 26th of each year. This sneaker is inspired by the main ship of the U.S. Marines that appear in the film of the 80s.

The Reebok Alien Stomper “Bug Stomper” is covered with distinctive details of the franchise. They feature a black textured neoprene base, wrapped in a brown ballistic fabric. The closure of two large velcro straps replaces the traditional lacing system. The larger strap has a rubber patch with Reebok’s name and Weyland Yutani’s “W” logo in yellow. The back area features a camouflage print that exactly replicates the military print on the U.S.C.M. suits in the film. 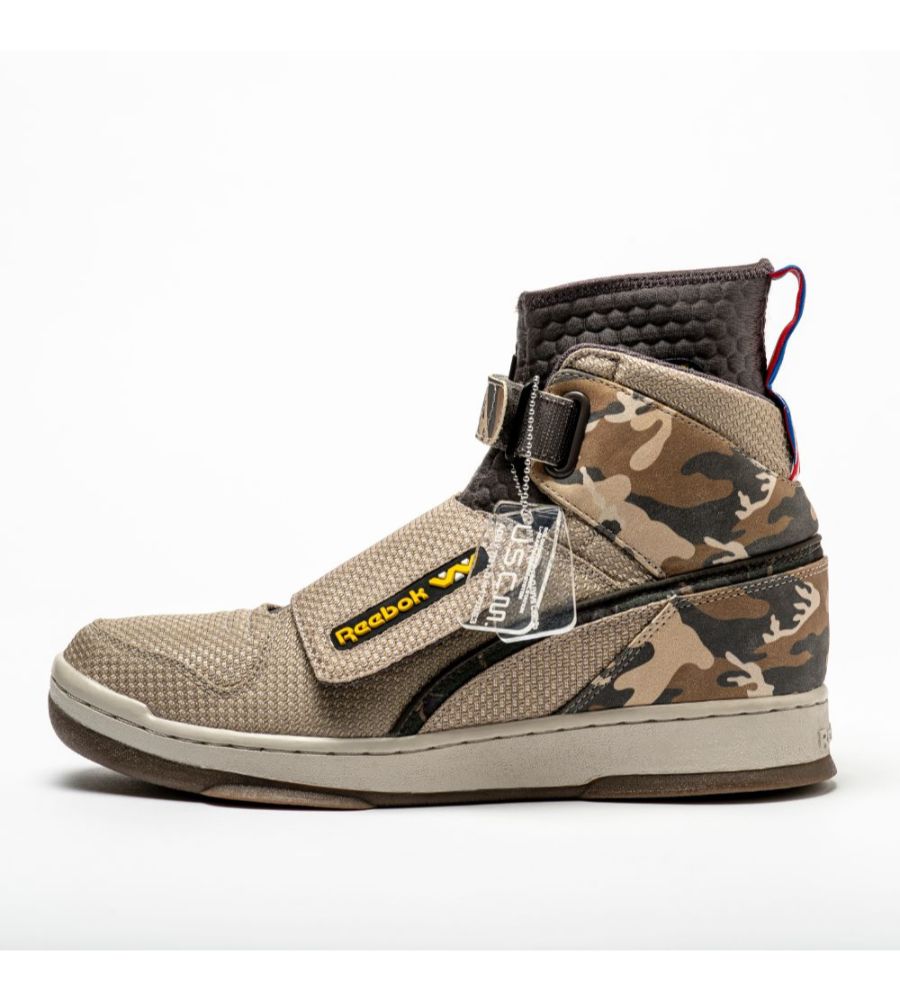 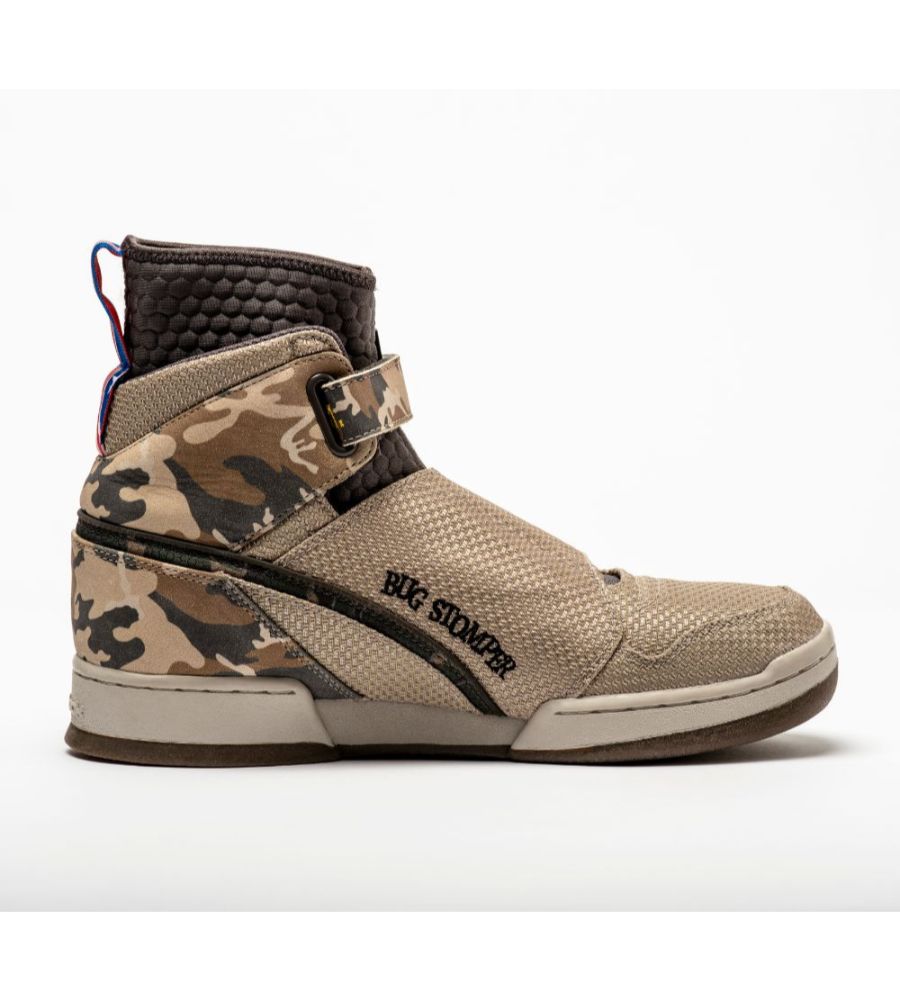 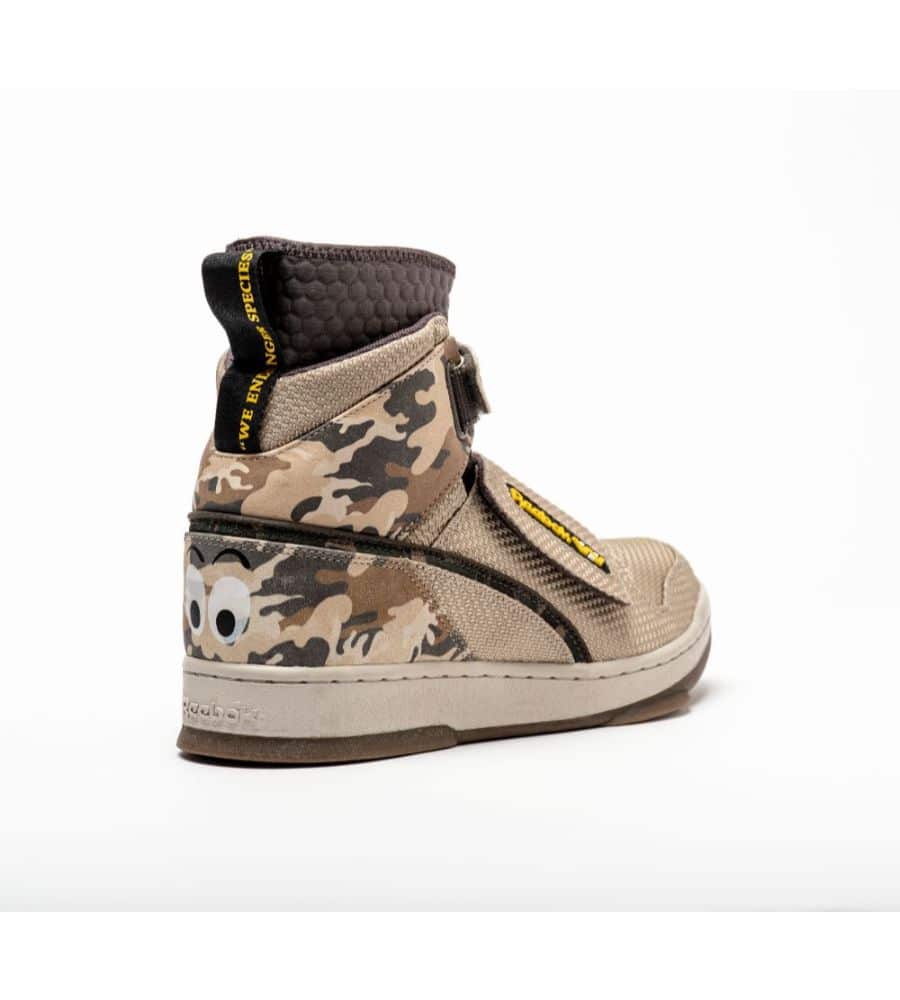 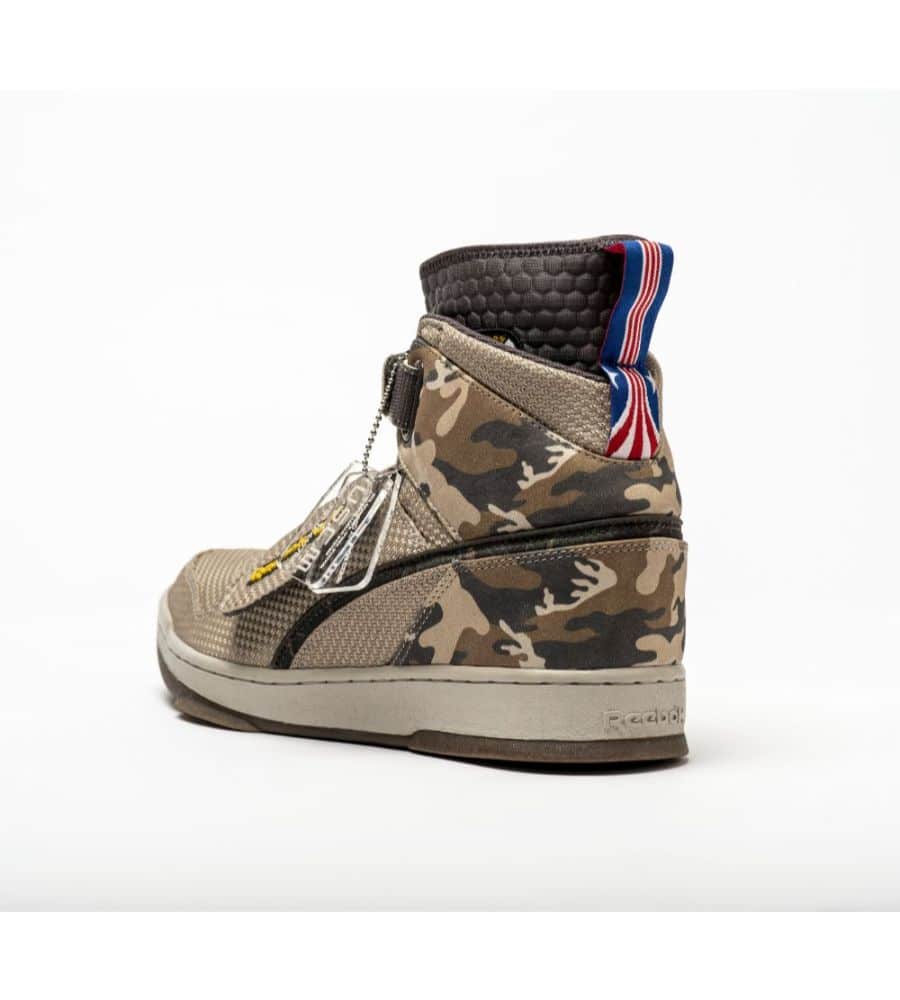 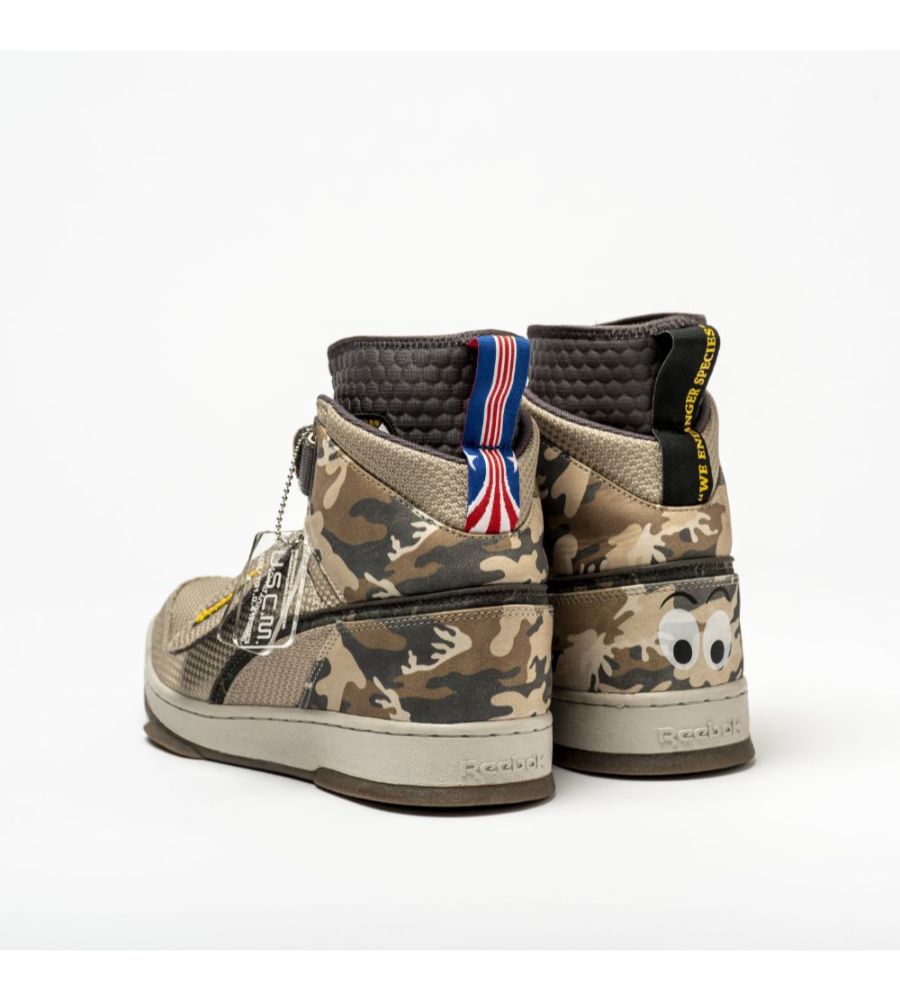 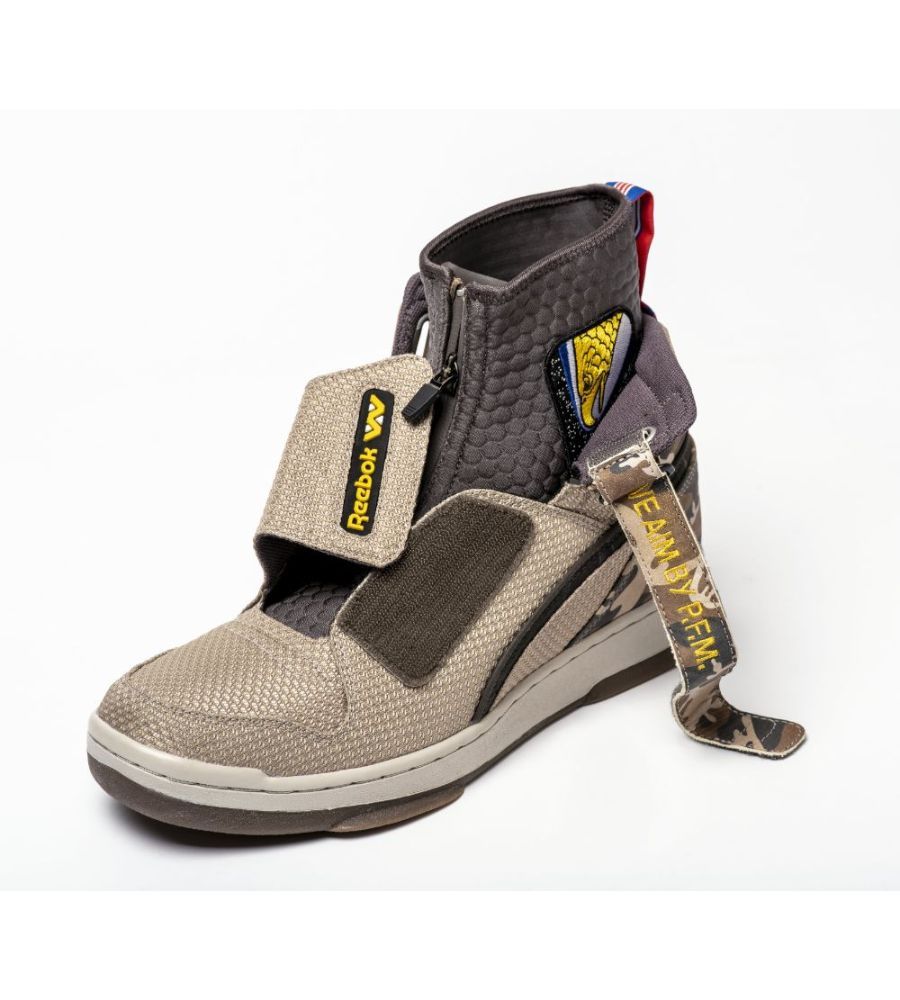 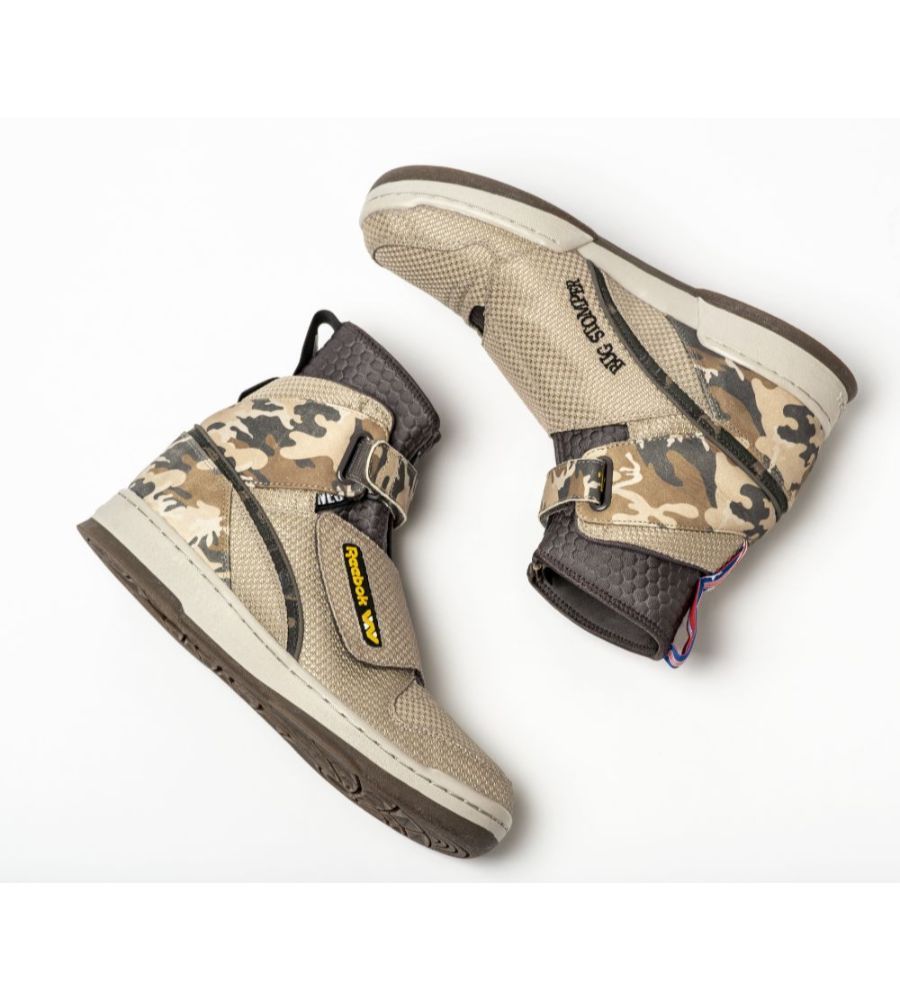 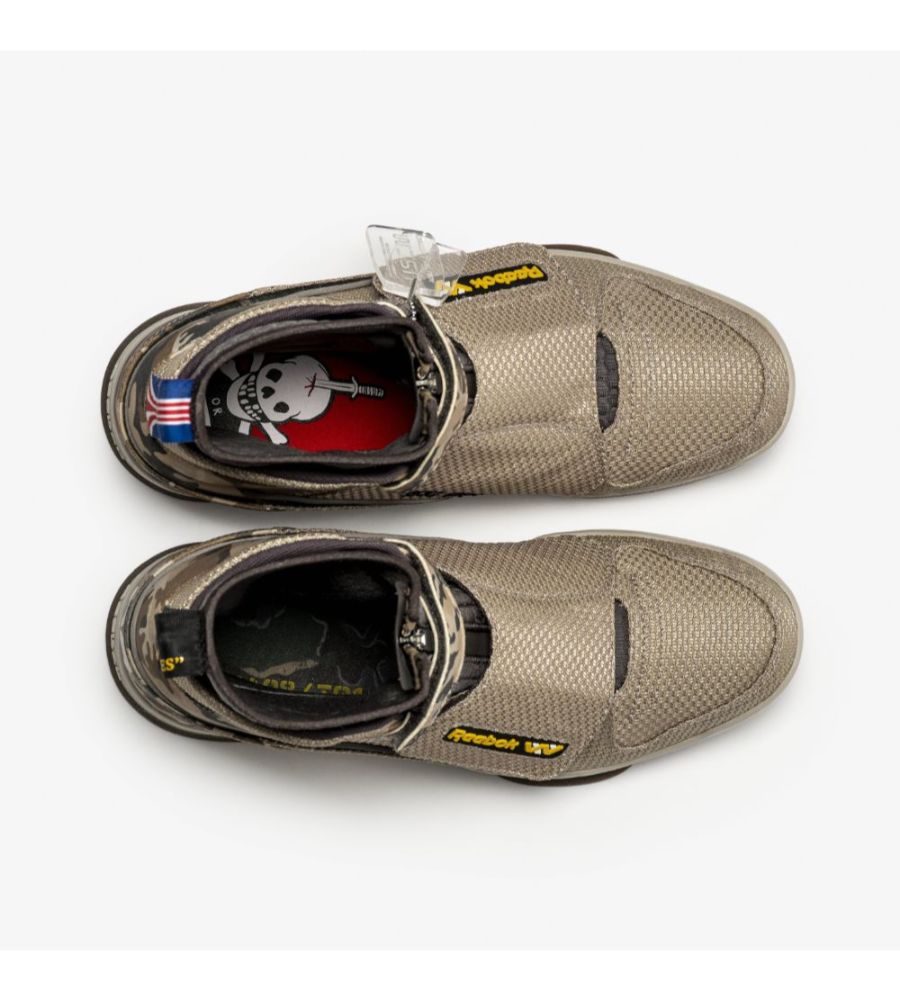 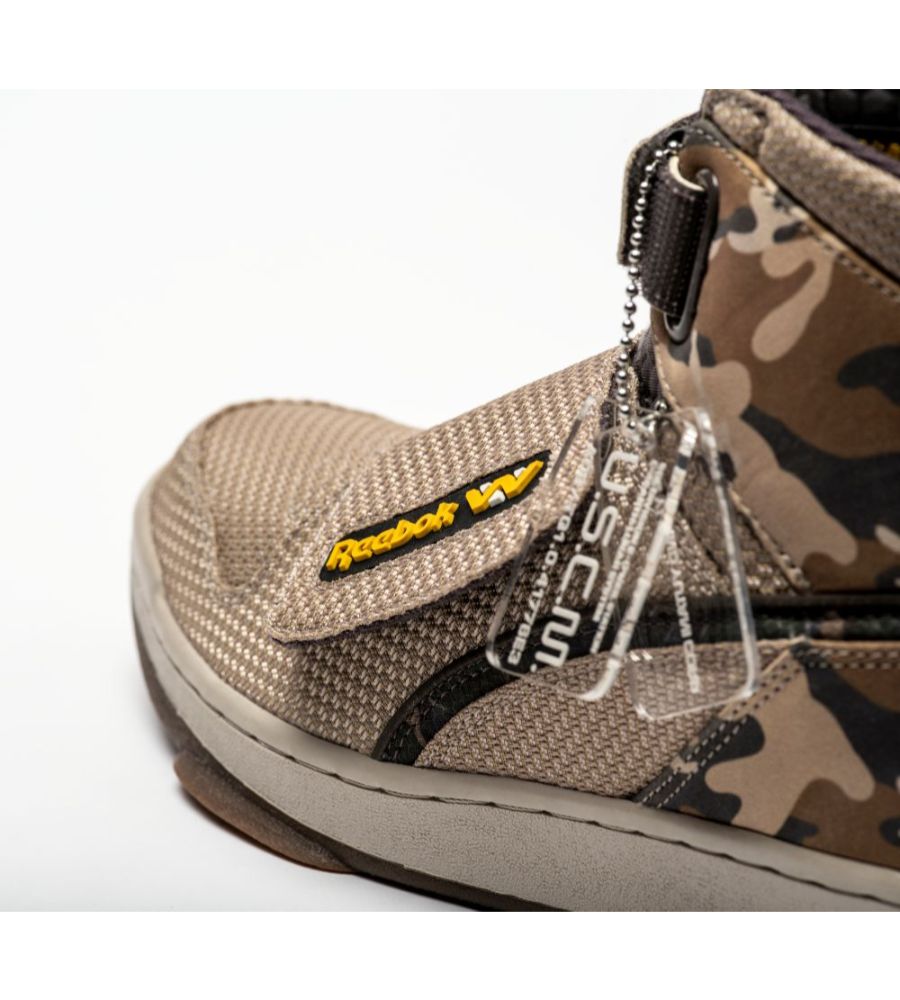 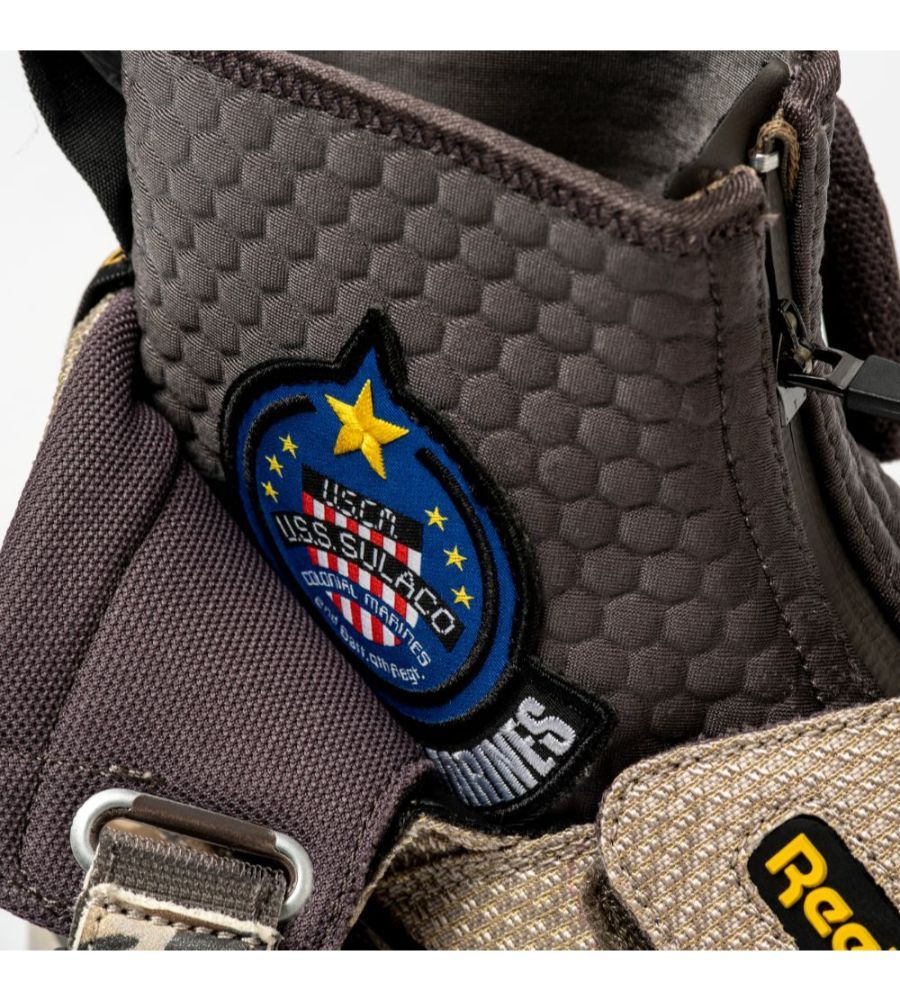 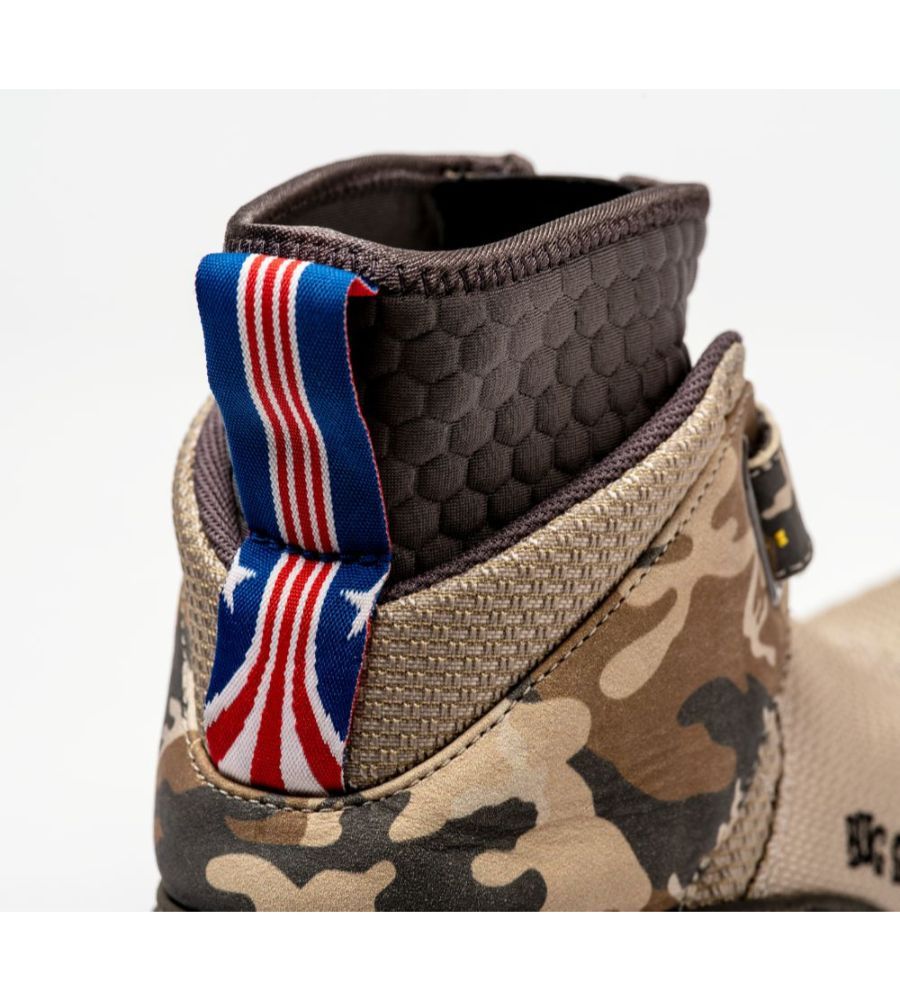 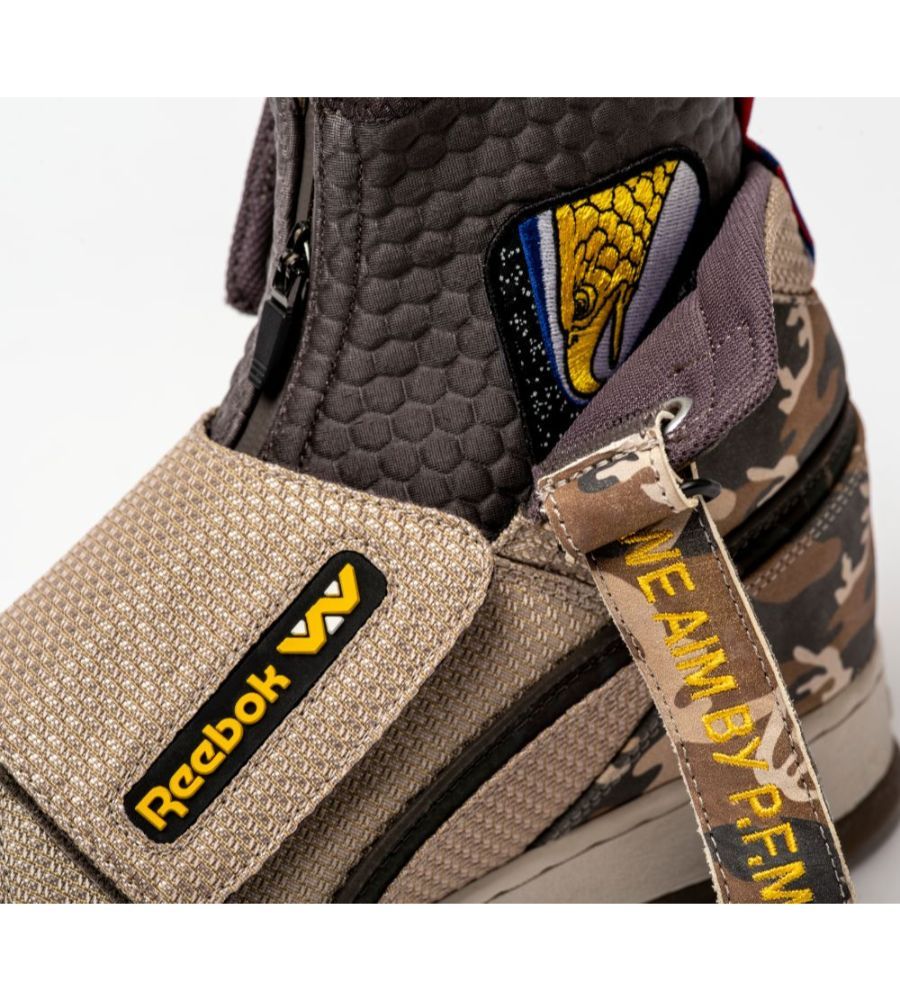 In addition, the right heel features a graphic with two large eyes similar to those on the armor of Hudson, the film’s protagonist. Another wink to this character can be found peeling off the strap of the right forefoot, where the phrase “Contents Under Pressure” also appears in Hudson’s armor. The strap of the left forefoot hides a QR code with which you can access exclusive Aliens content.

Finally, the patches and hanging elements. The Reebok Alien Stomper “Bug Stomper” features replicas of the U.S.S. Sulaco and U.S.C.M. Screaming Eagle patches, while the socks feature a “Death or Glory” skull and Weyland Yutani Corp logo with a soldier’s number. Additionally, two transparent pendants are added to complete the design. The Bug Stomper comes packaged in an iridescent box with a futuristic camouflage print. 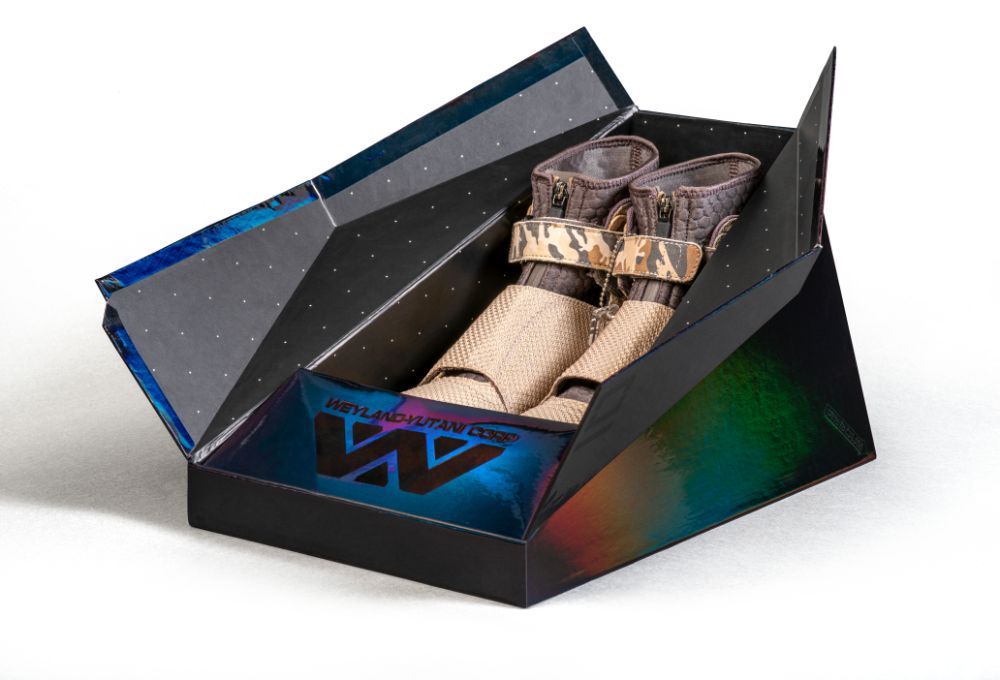 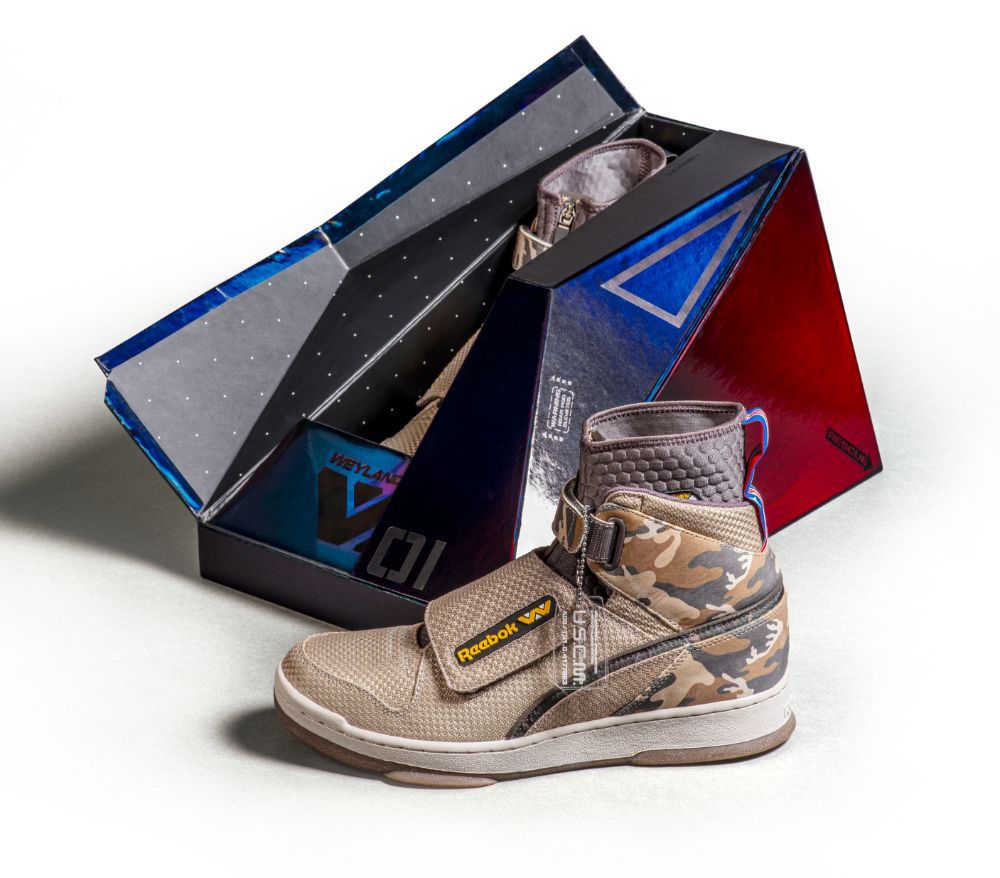 But that’s not all. Accompanying this model of sneaker comes a mini-collection of two-piece clothes. On the one hand, a short-sleeved T-shirt with motifs from the film, marking a modern and retro aesthetic with a touch of brutalism. The other T-shirt is long-sleeved and white, with Reebok’s vector logos decorated with alien motifs. 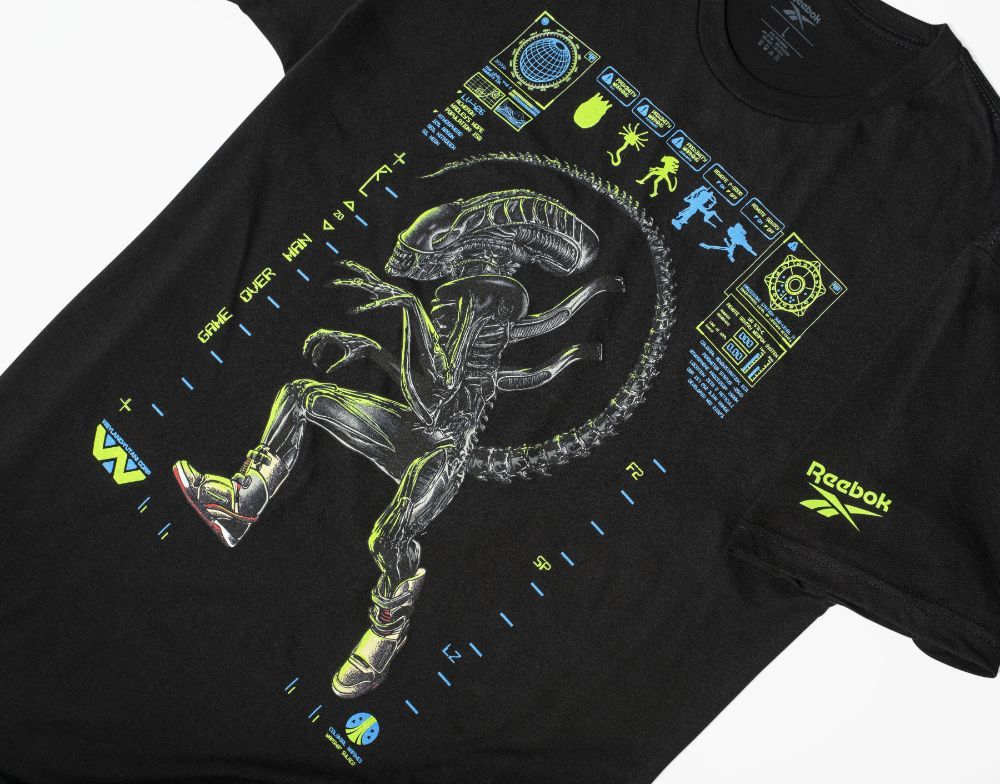 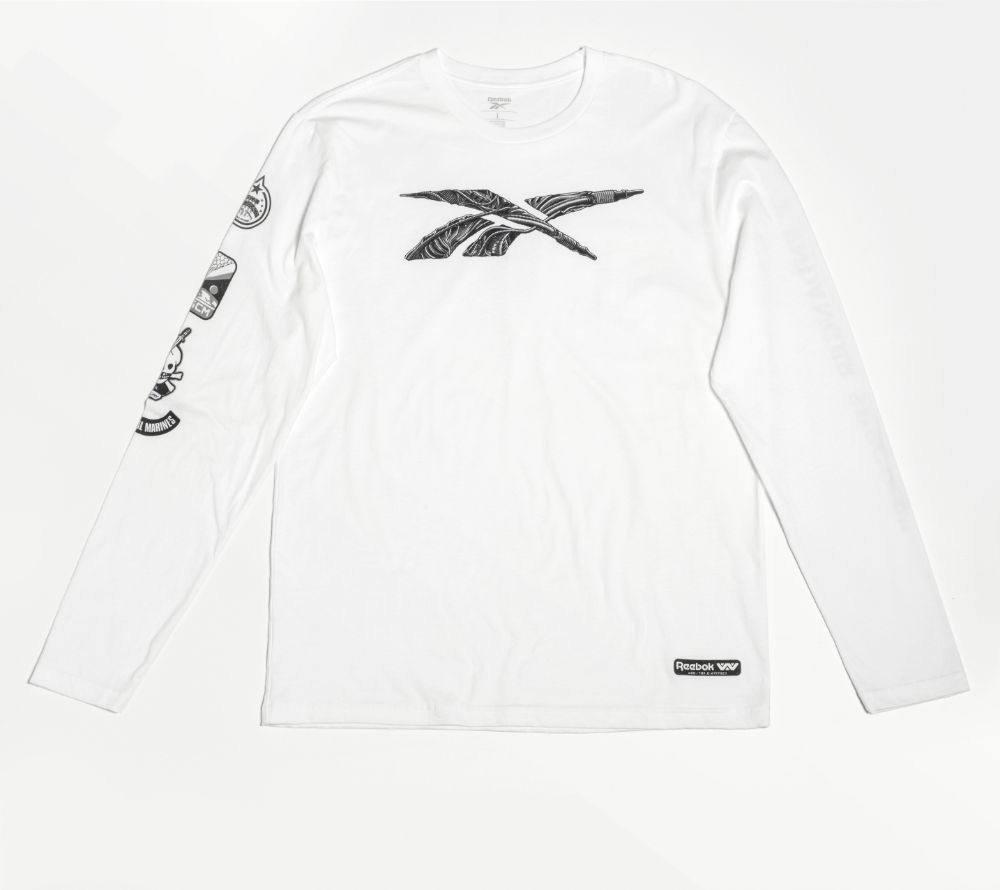 The whole capsule will be launched on Reebok’s website, as it could not be otherwise, on April 26th “Aliens Day”.