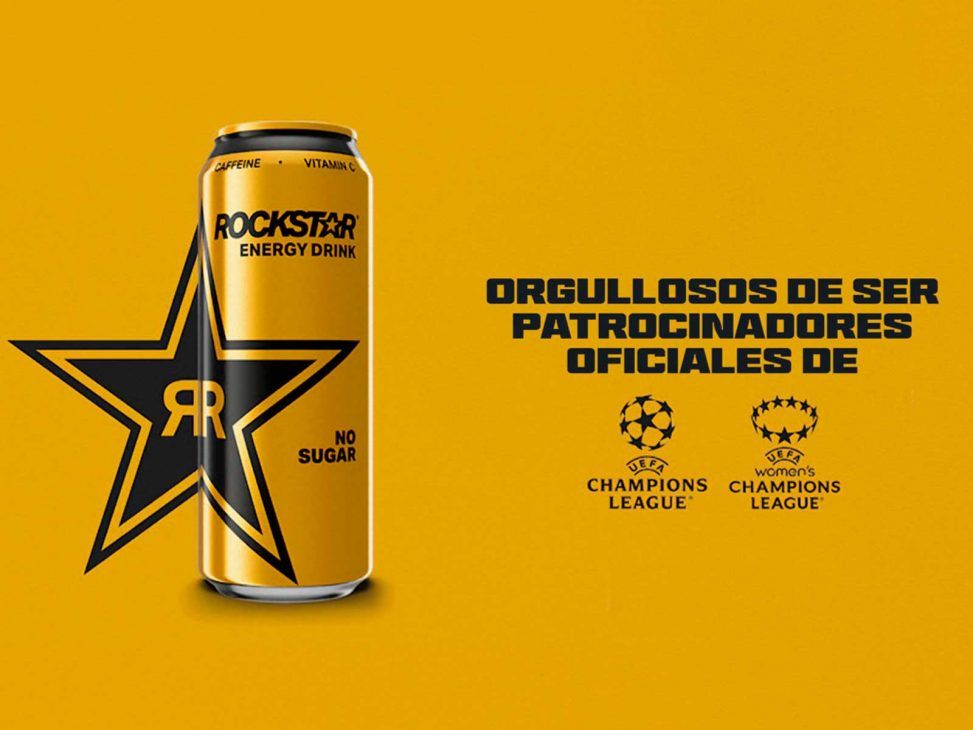 Rockstar® Energy Drink, the energy drink that is present in more than 30 countries, is now also an official sponsor of the UEFA Champions League for men and women until 2024.

The sponsorship will take place across Europe and Spain, and is accompanied by an advertising campaign on digital platforms with the hashtag #ALaFinalConRockstar; including ticket giveaways for the final on the brand’s Instagram.

Rockstar® Energy Drink joins PepsiCo‘s other global brands, such as Pepsi MAX®, Lay’s® and Gatorade™, as sponsors of the UEFA Champions League, whose final is one of the world’s biggest annual sporting events.

Natalia Suazo, beverage marketing manager for PepsiCo Southwest Europe, said: “Rockstar Energy Drink is a clear commitment from our company to a growing category. This agreement to sponsor such an important landmark in the world of sport as the UEFA Champions League is further proof of that. We are particularly excited to be official sponsors of the women’s league for the first time. Through our brands, we want to strongly support real diversity and inclusion in sport and beyond.”

Adam Warner, PepsiCo‘s senior director of global sports marketing adds that they are “delighted that Rockstar Energy Drink is joining the list of PepsiCo brands already sponsoring this event; becoming the official energy drink of the UEFA Champions League and UEFA Women’s Champions League. We know our consumers are big football fans, so we believe this deal is a perfect match.”

PepsiCo acquired Rockstar® Energy Drink in 2020 and since then, the brand has undergone a comprehensive transformation, expanding globally. The energy drink brand has focused its efforts on creating a line of sugar-free products. In addition, it expanded its portfolio with the launch of Rockstar Original No Sugar in 2021; and the expansion of the range to include Rockstar Refresh Energy Drink, which will be launched this year.