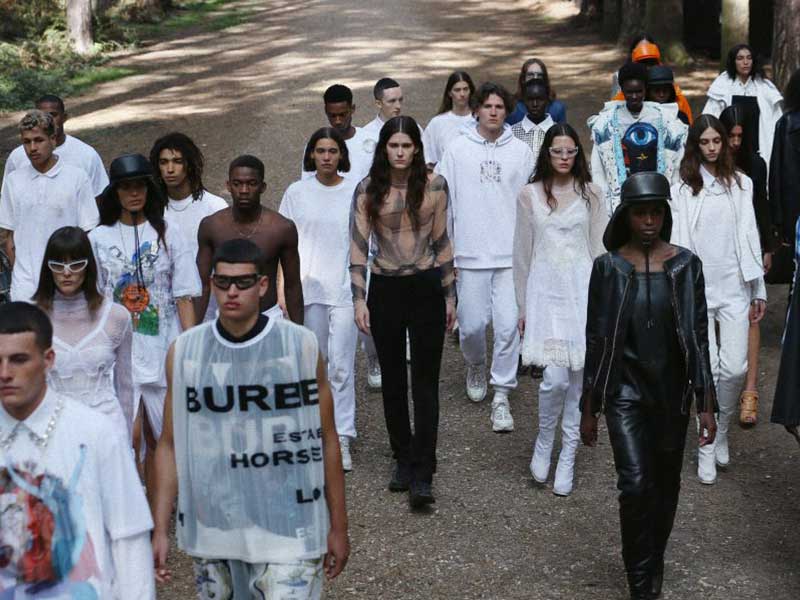 The defining fashion moments of 2021, according to Lyst

During 2021, we move from the pandemic dystopia to a slightly less oppressive reality, entitled “the new normal”. Although we are experiencing this scroll to another screen, the effects of this period remain: from the obsession with comfort, to the new interpretation of workwear, to the euphoria of latex and colour, to the aesthetic escapism of “regencycore”. 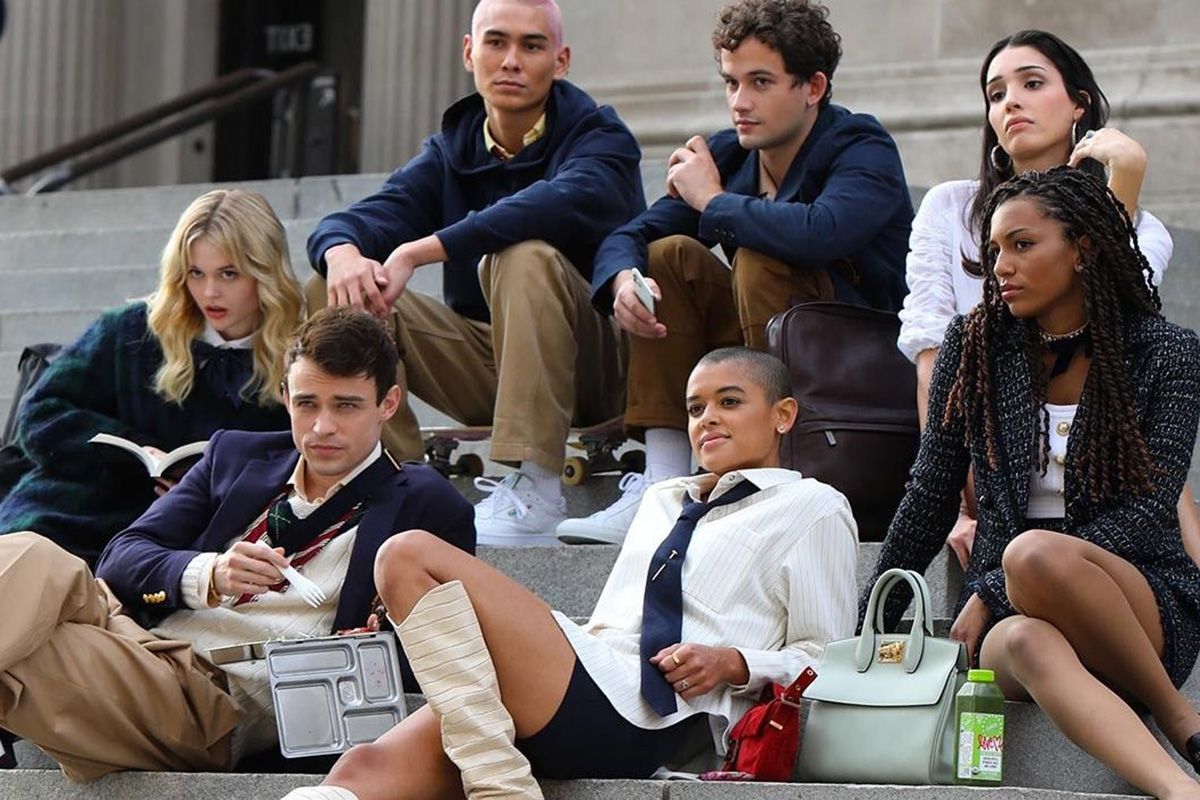 This revival of contemporary fashion has put the spotlight on the screen, delving into every series and film for inspiration – now more than ever. 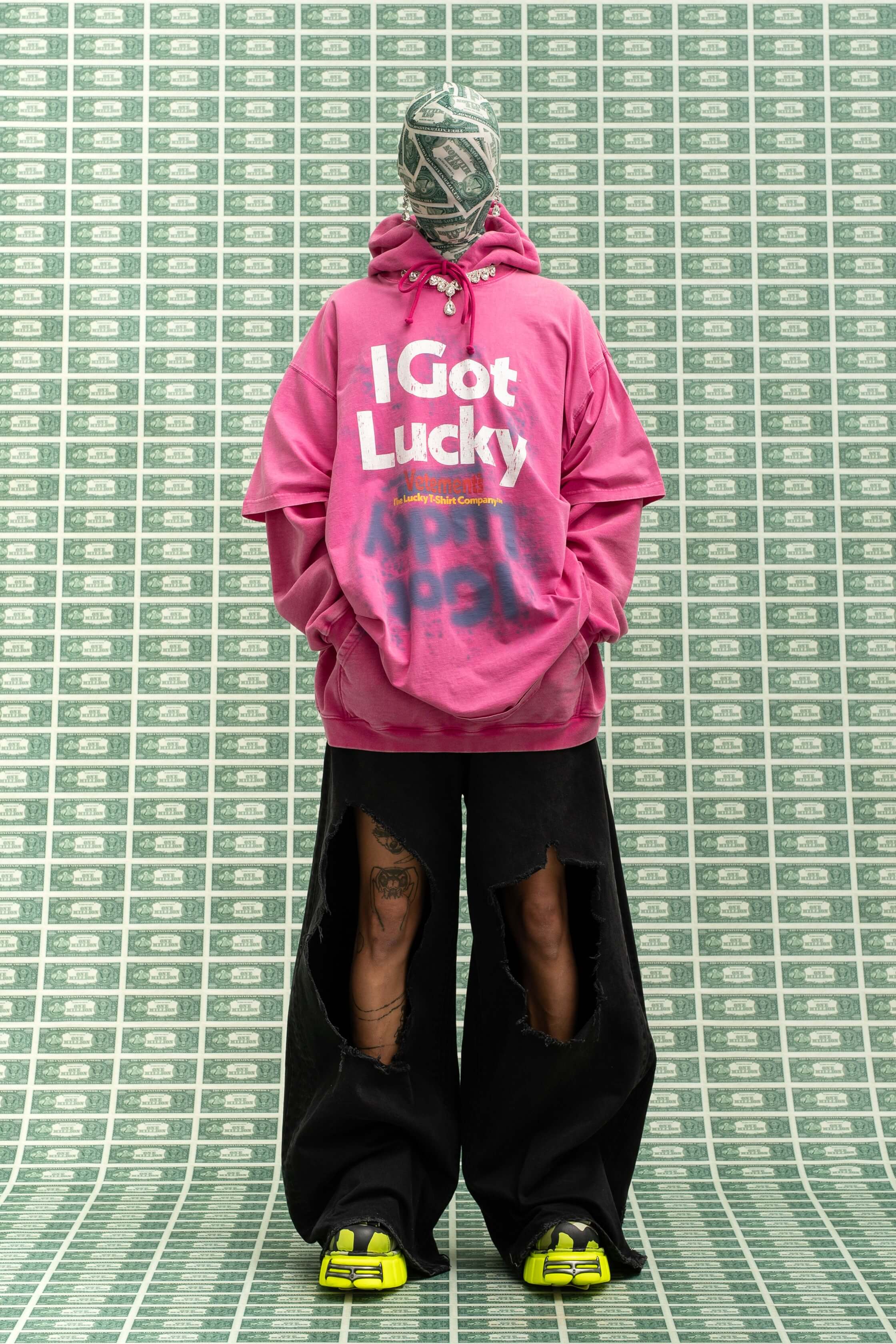 From the stylistic minimalism of the home, moving from pyjamas to tracksuits and back again, we moved on to a kind of neo-baroque combining vibrant colorful pieces with bold jewelry. According to the platform, from April to August, research into shades of pink, orange, yellow, and green soared by 191%. From March to August, demand for “colored” or “resin” jewelry increased by 545%. 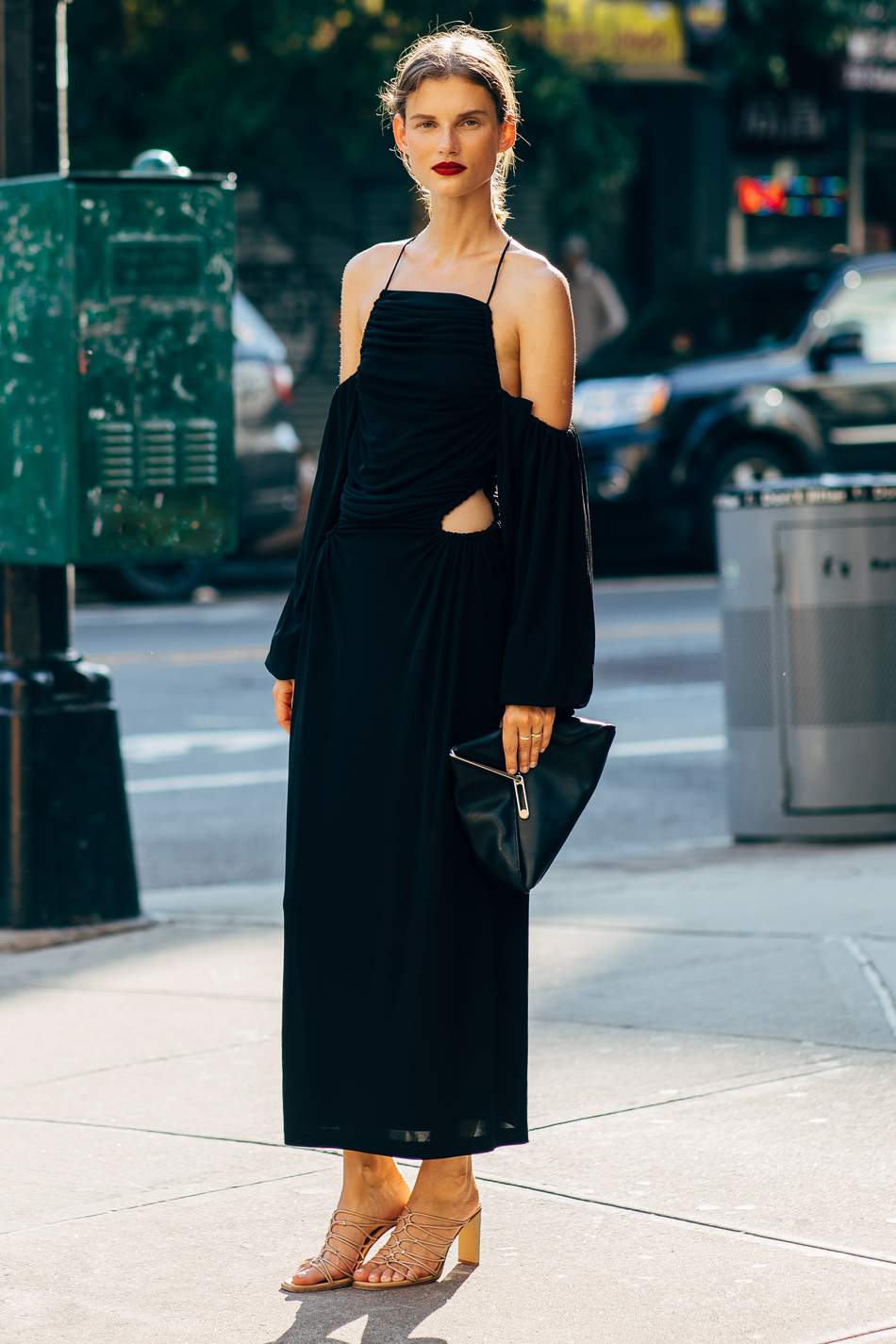 With the distribution of COVID-19 vaccines, “vaccine tops” emerged as a major fashion trend. Searches for “one-shoulder”, “off-shoulder” and “cold-shoulder” top shot up by 73% from February to March. As a result, every brand – whether it is part of slow or fast fashion – now has its own version of the sleeveless top in the archives. 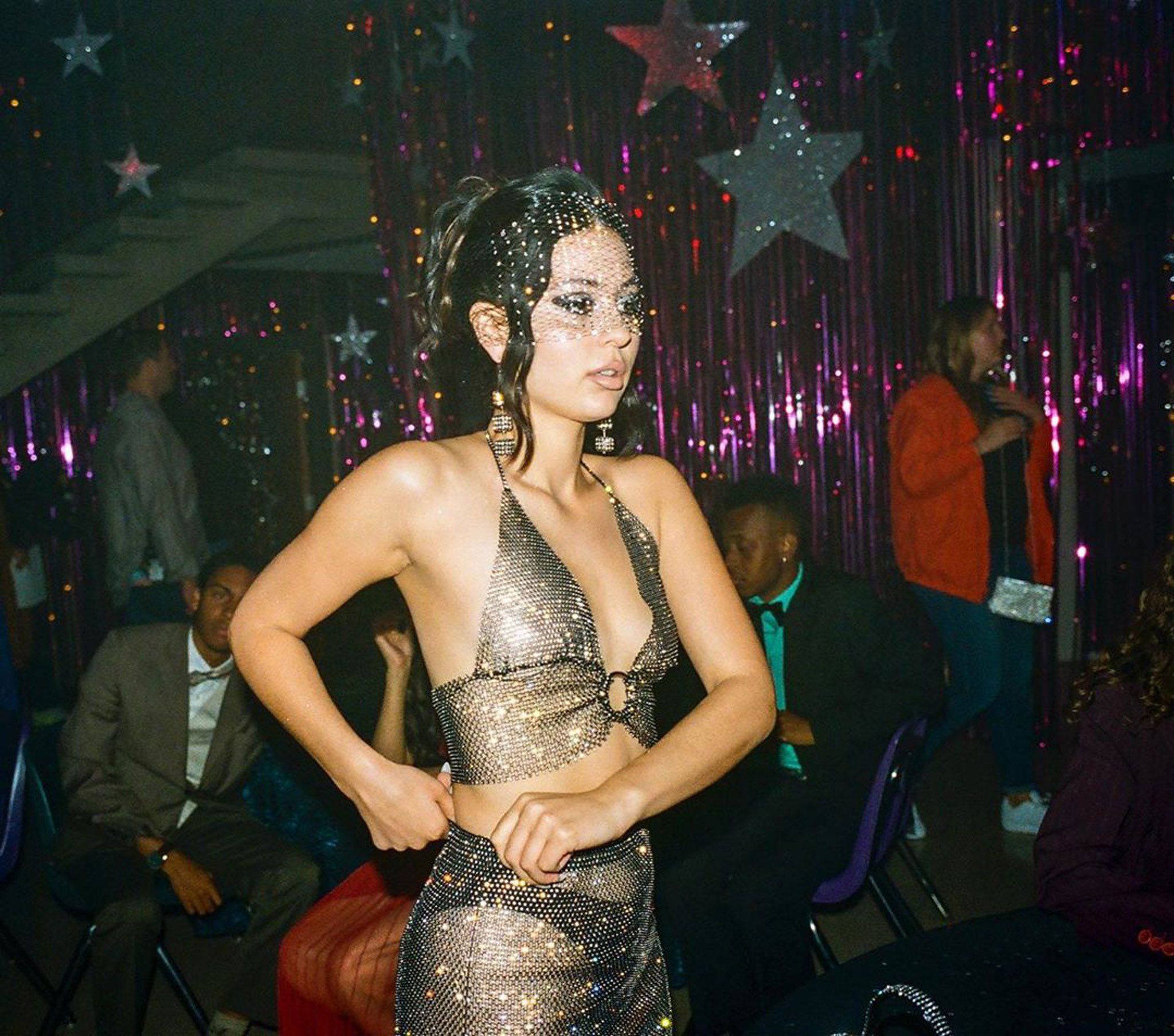 This long-awaited return to physical action, festivals and nightlife has triggered a resurgence of “going out” fashion. If in pre-pandemic times it was relegated to the background, it is now gaining notoriety through an infinite search (+221%) for mini-skirts and dresses.

The global demand for “high heels” also grew progressively from May onwards, and in particular “disco heels” reached 233% during the same month. 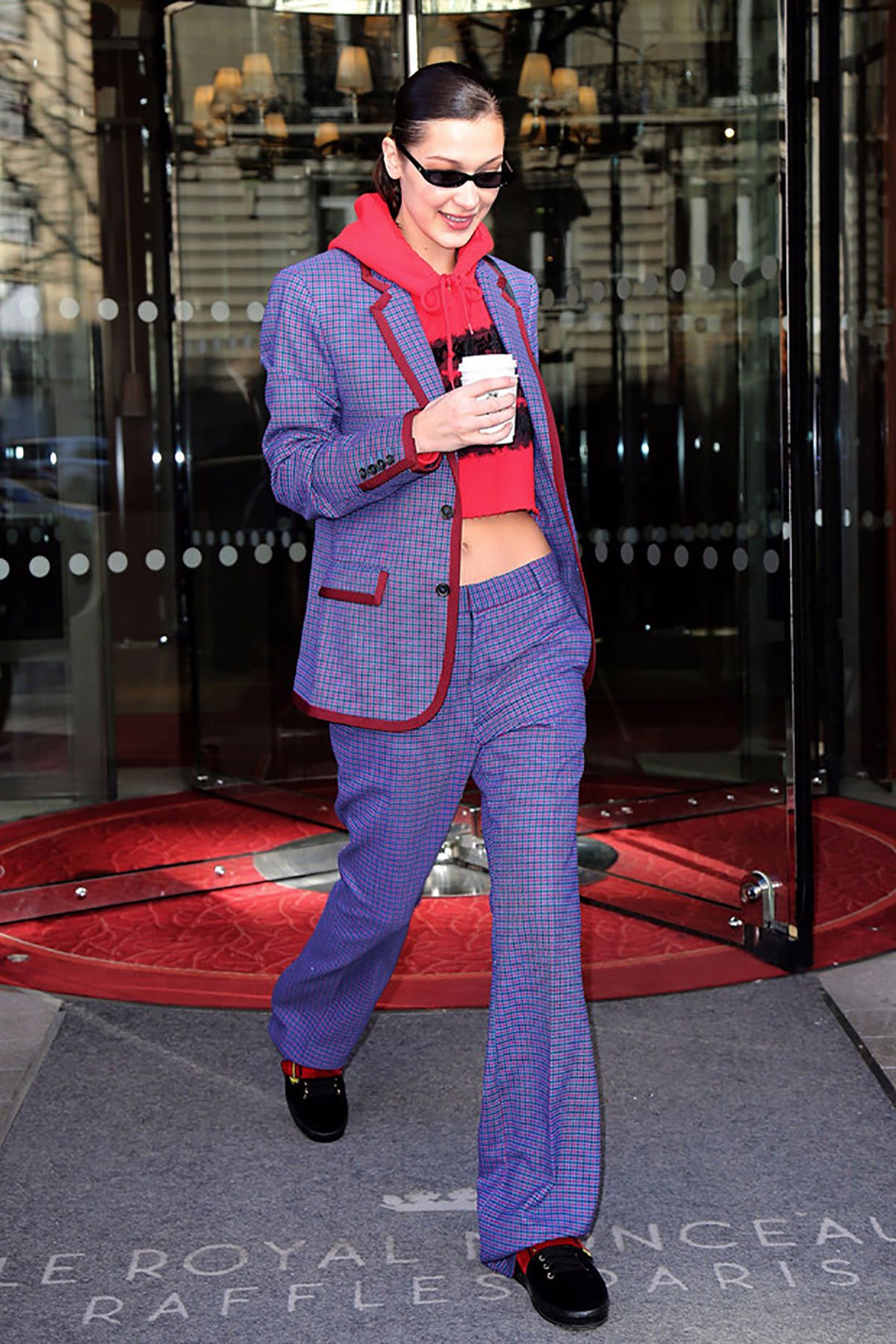 The corporate uniform in its original conception was transformed as we moved into the office towards the latter half of the year. A more relaxed, sporty and casual version of workwear was creeping into the workplace, corrupting its traditional codes, and merging them in duality with oversized tailored suits, which raised their appeal by 109%. 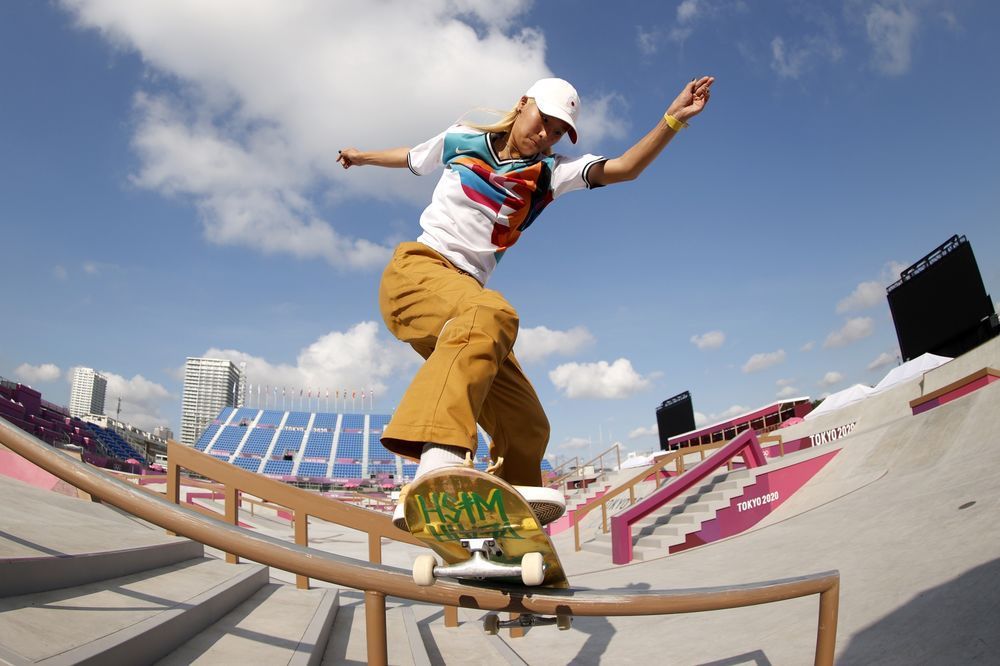 Major sporting events, such as the Olympic Games or the European Championships, put the global spotlight on sportswear. In the June run-up to the European Championship, worldwide searches for football and soccer shirts increased by 33%. Those garments that were once rescued from thrift shops moved into the cool side, playing in the designer fashion category.

On the other hand, the Tokyo Games, and the debut of skateboarding, lifted the Nike SB niche range into the mainstream through products such as the Dunk Low, which shot up 100% in just a few hours. 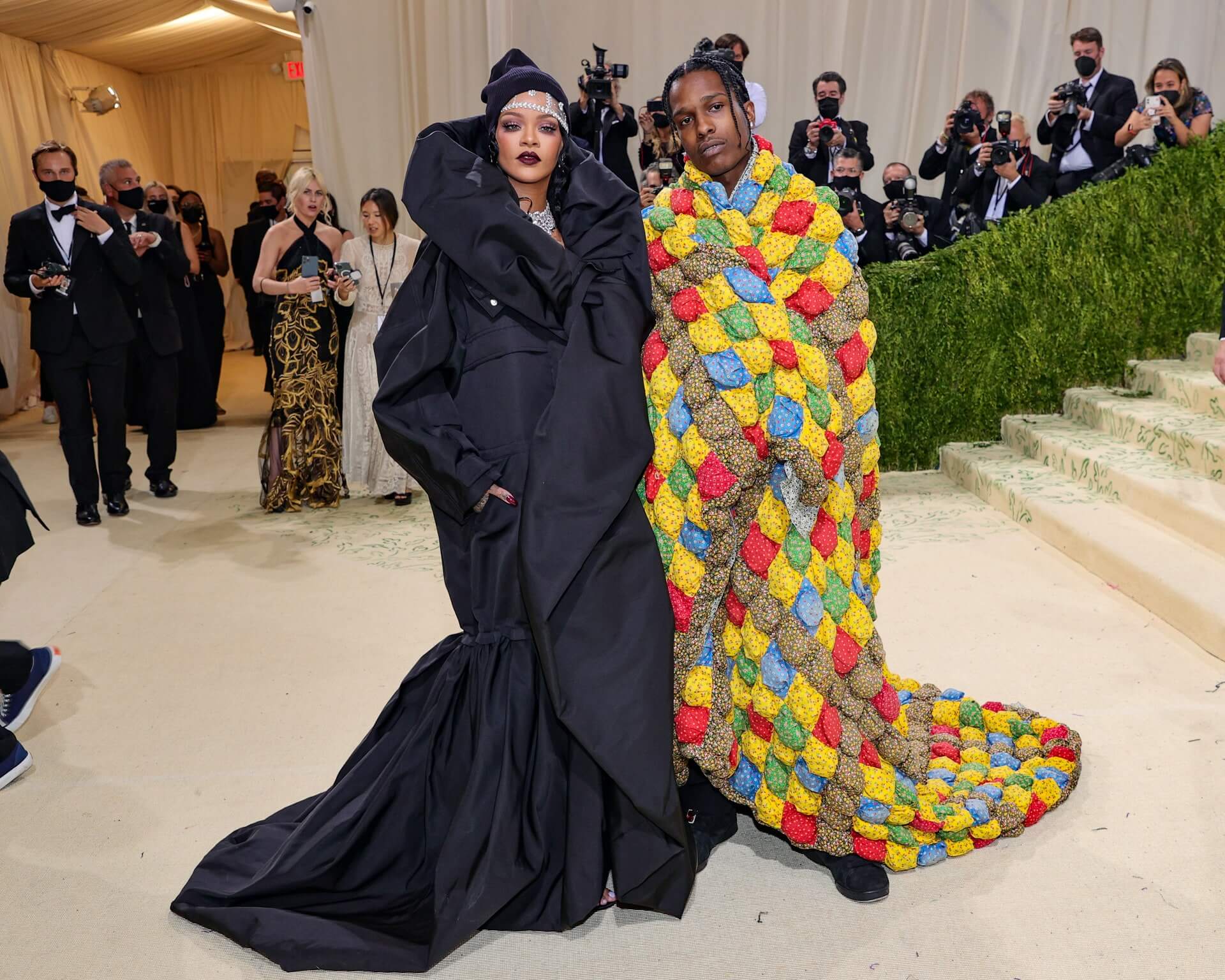 The Met Gala served up large doses of red carpet style, which revolutionized, beyond politics, the virtual searches for Brother Vellies (+120%) derived from his controversial “Tax The Rich” dress.

For its part, Balenciaga, with the help of personalities such as Rihanna, Kim Kardashian, and Elliott Page, experienced the biggest increase with searches soaring by 505% in 48 hours. 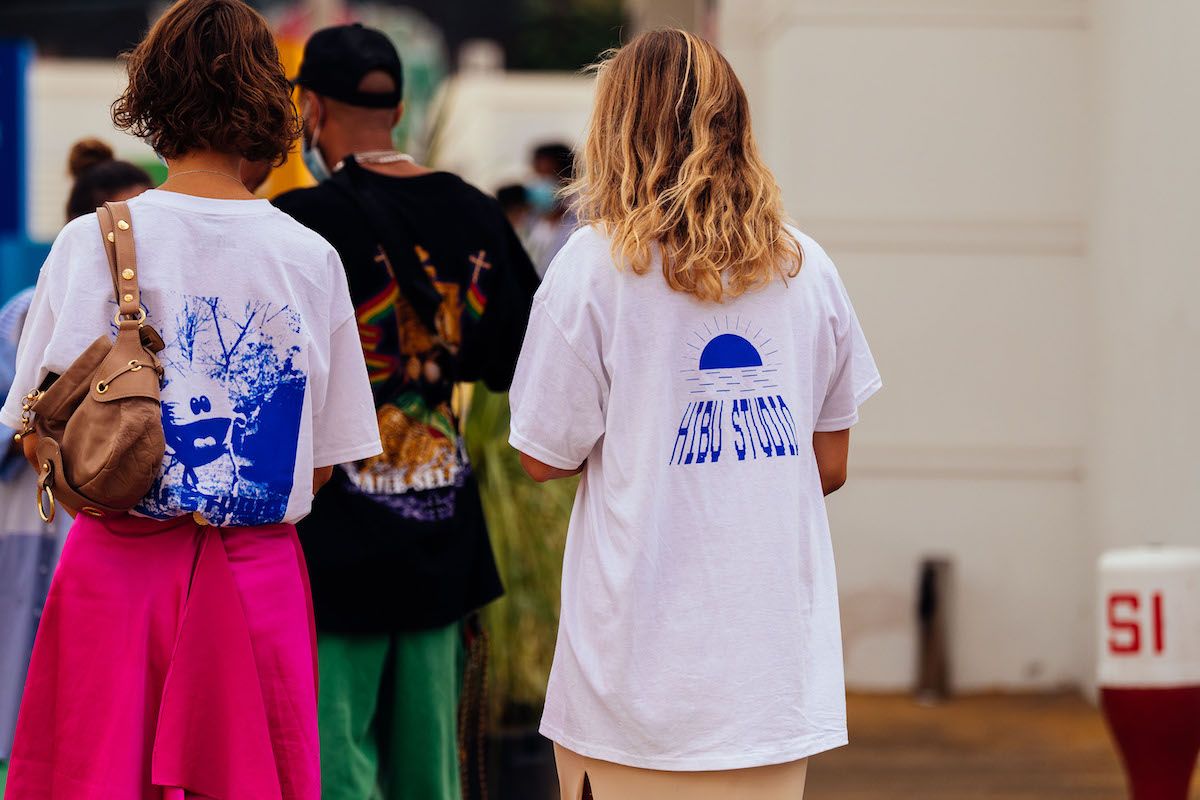 In London, with its long-established influence thanks to icons such as Alexa Chung, the preppy aesthetic further increased in popularity. After LFW, leather loafers (+28%) and Peter Pan collared shirts (+23%) went viral. 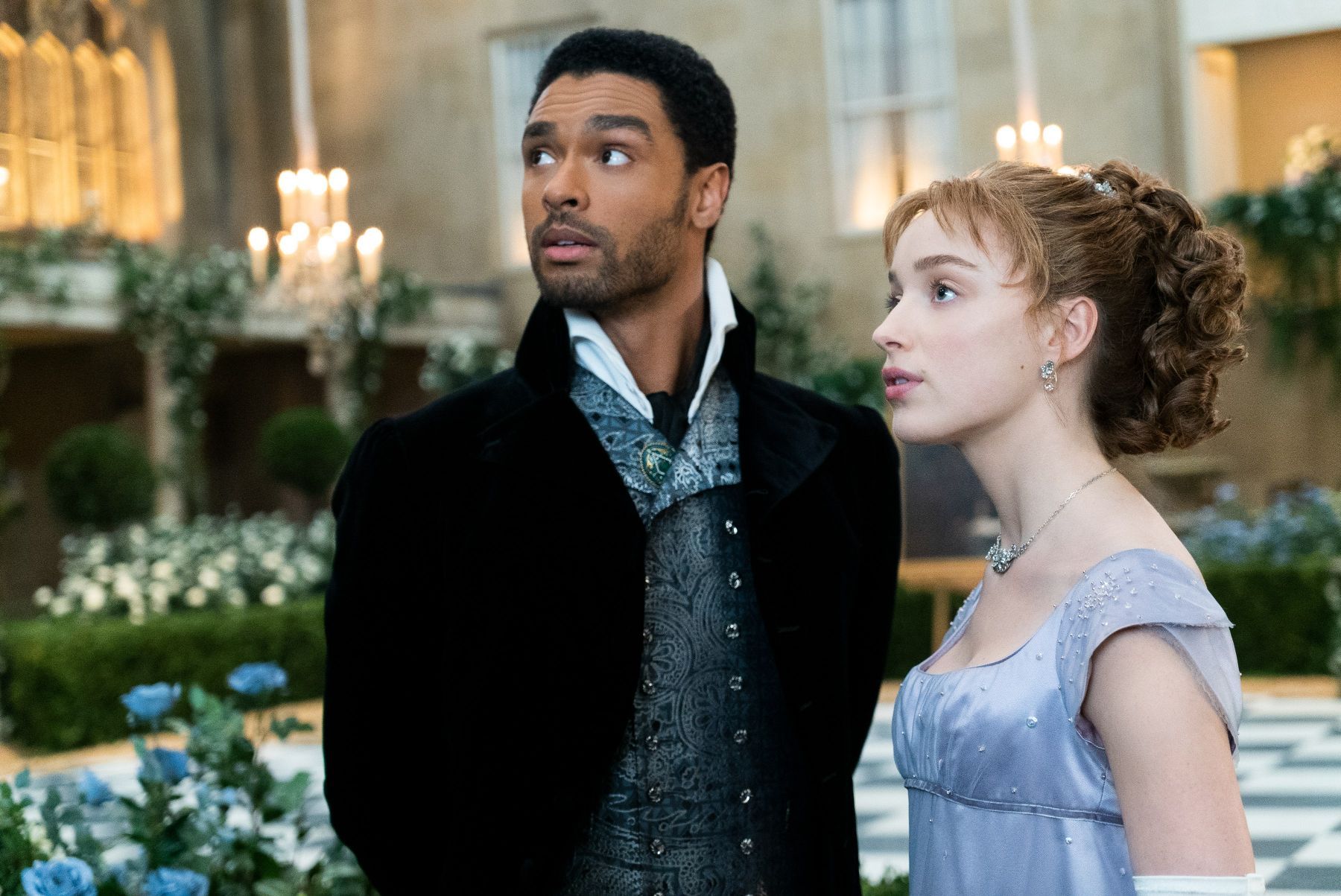 The hedonistic desire to escape to the countryside or the outskirts of the city during the pandemic meant that, if we couldn’t access those scenarios, at least we could do so through fashion. Lyst coined the term “Regencycore” precisely because of the huge demand for corsets after the premiere of “Bridgerton”. Searches shot up 23% in less than a week.

Thus, the obsession with aristocratic aesthetics led to the term generating more than 105,000 social mentions during 2021. 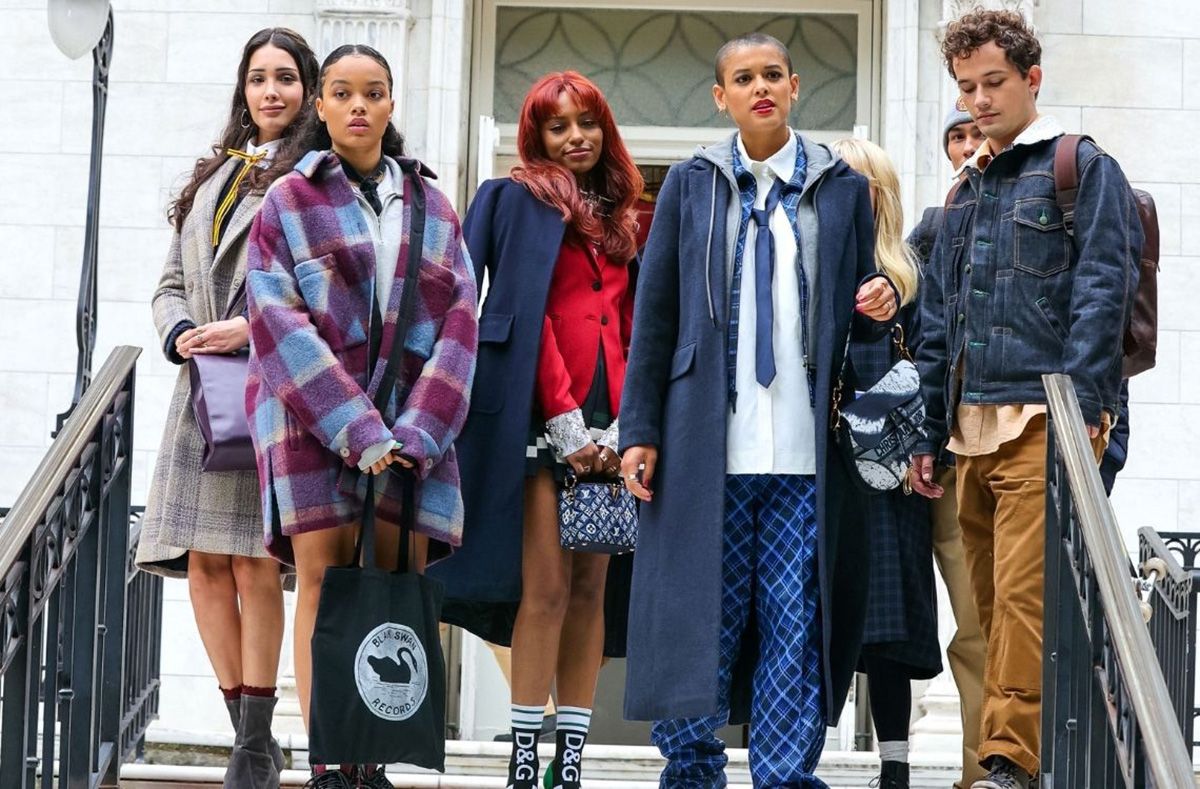 The long-awaited reboot of HBO Max’s Gossip Girl in June repositioned preppy style as an object of study, both in and out of the classroom. After its premiere, the increase in demand for clothing and uniforms, between plaid waistcoats (+47%), tennis skirts (+41%) or turtleneck shirts (+34%), became a latent reality. 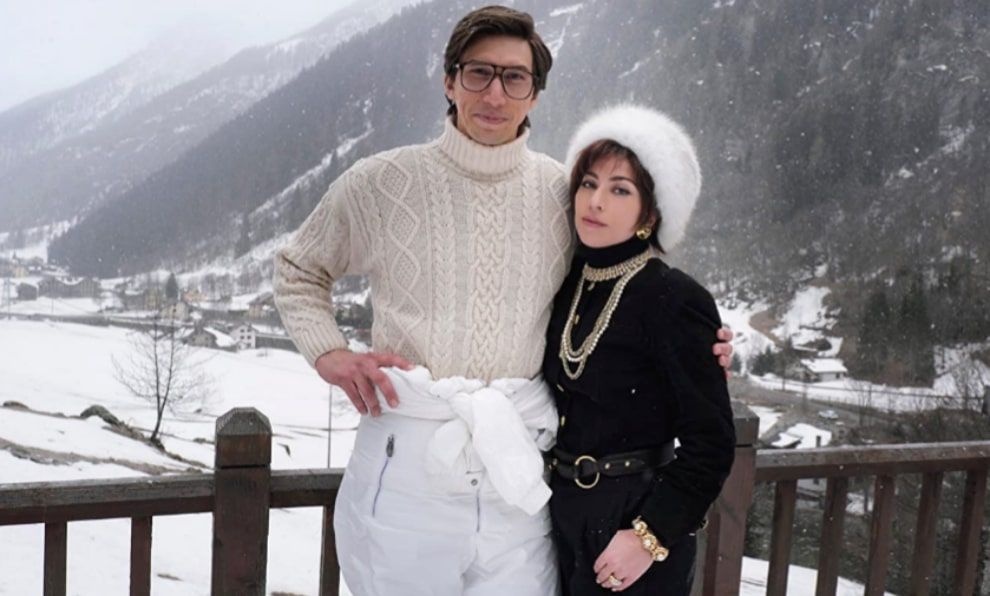 Before the catharsis of criticism that followed the release of “House of Gucci”, the film’s trailer caused searches for Gucci to increase by 173%. In August, page views for lace and polka dot dresses (worn by Gaga) increased by 100%, while Gucci aviator glasses worn by Driver were projected as the new hot accessory. 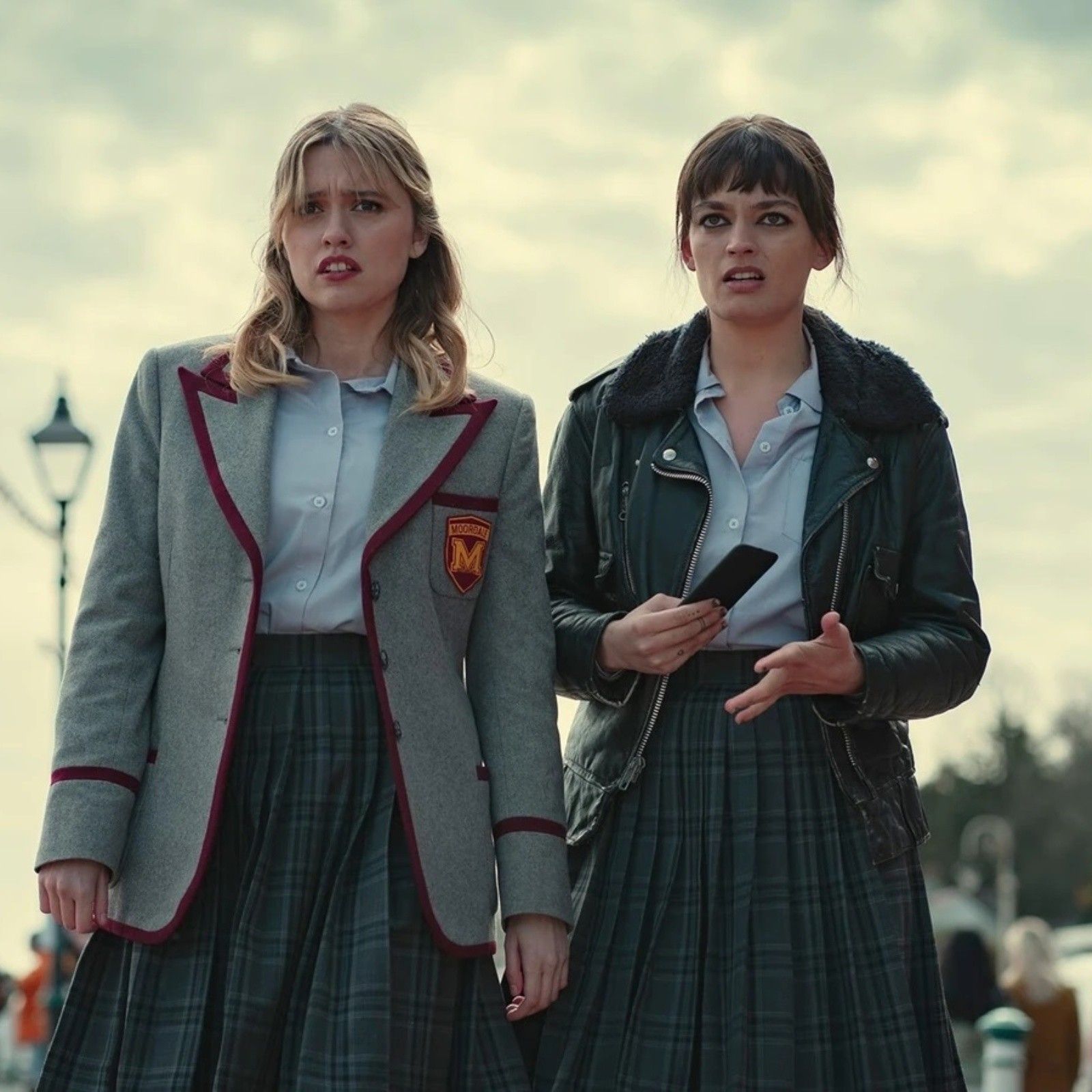 One of the most transcendental series, both ethically and aesthetically, launched its third season in September, in sync with the return to high school. Within those sexual sequences, we were once again getting direct inspiration from their eighties wardrobe, resulting in a 93% increase in the search for varsity jackets. 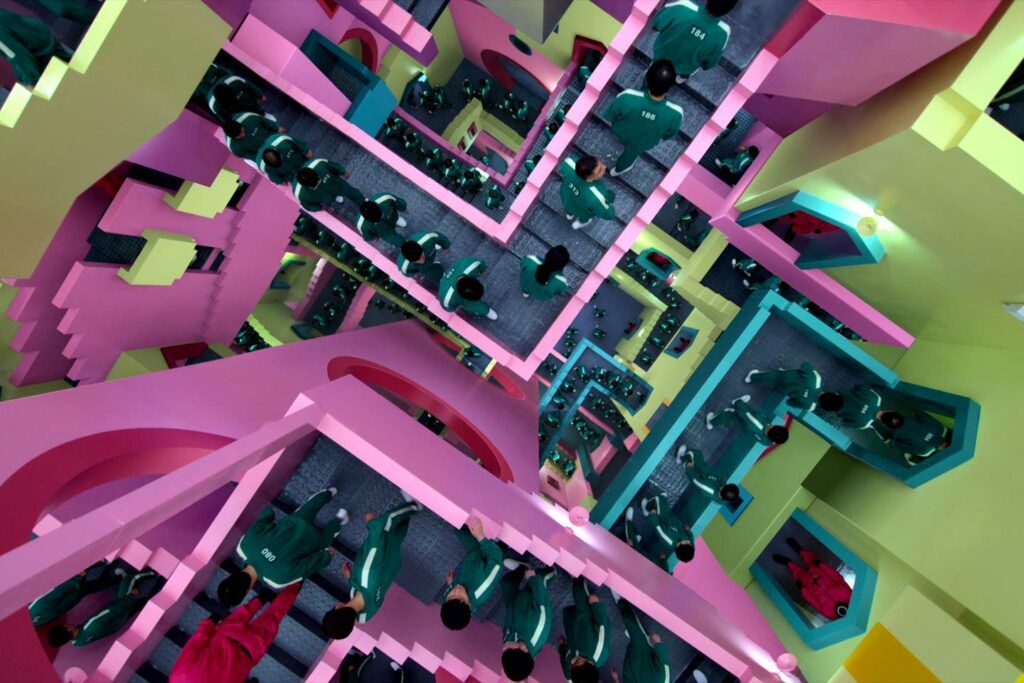 The most-watched series in the history of Netflix also made its mark with the sweetened aesthetics with which it bathes tragedy. This led to global searches for Squid Game‘s characteristic wardrobe: tracksuits, white trainers without laces, workwear suits, and numbered white T-shirts.

Translating all these codes from fiction to reality, Vans slip-on became the most sought-after sneakers since the premiere; while the demand for the color “teal” increased its success on an artistic level by 130%.

Bottega Veneta presents the elevated version of the Rubber Clogs
The multiple identities of Gentle Monster ‘White Sun’
Chet Lo dresses up the streets of NY through retro-futurism
This is Balenciaga’s accessory for spring 2022
Now you can drink your coffee in Balenciaga’s new cup
5 Spanish brands to keep under the radar
Balenciaga takes to the underground in its latest campaign ‘Cities Series’
The Yeezy Boost 350 “Pure Oat” will arrive in spring
Why is MSCHF selling empty branded bags?
Who is Julia Fox, the actress everyone is talking about?
Burberry debuts new creative series “Friends and Family”
Carhartt updates workwear for the new generations