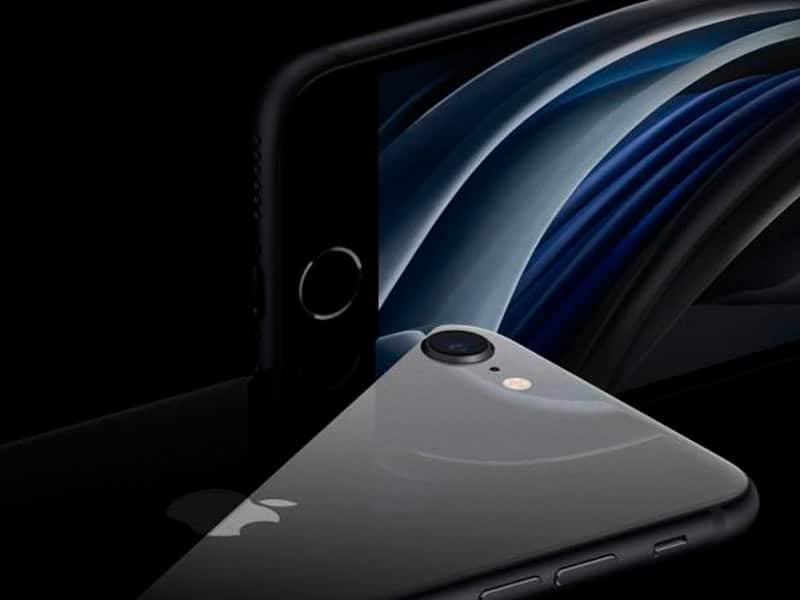 The new iPhone SE is Apple’s most affordable model

Apple has now officially introduced the new iPhone SE, its most affordable model.

It’s official now. The new iPhone SE will be available soon and it’s the cheapest iPhone so far, starting at only 399$. The model comes in three colors: black, white and red. If you can’t wait to get your hands on it, you can order it in advance this Friday, April 17th. It will be shipped from April 24th.

This iPhone stands as the second generation of the iPhone SE. It features a 4.7-inch Retina HD display, Touch ID and the Apple A13 Bionic, which is the fastest chip on a smartphone. In addition, according to Apple, the mobile phone features the best single-camera system we’ve ever seen on an iPhone. This camera is 12 megapixel f/1.8 aperture with Portrait mode, six lighting effects and depth control. The intelligent HDR re-lights objects in a frame to provide more natural-looking images. The rear camera is capable of capturing 4K video at up to 60fps, while the QuickTake on the front and rear cameras allows video to be recorded without leaving Photo mode.

In terms of materials, it is made from aerospace grade aluminium and ultra-durable glass. Another plus point: it can resist water up to one meter deep for 30 minutes! It also resists dust and other harmful dirt. The start button is designed with sapphire glass, with a steel ring that detects the user’s fingerprint.

That’s not all. You can charge the iPhone SE wirelessly with Qi-certified chargers, reaching up to 50% charge in just 30 minutes. There’s also the option of having two different phone numbers on the same dispositive thanks to its dual slot.

The dark side of the realfooding
The iPhone 13 is almost here: we tell you about its release date
HIGHSHOUT. 3 – Fendi Sofía
We talk w/ Samantha Hudson, star of Absolut’s Pride 2021 campaign
Apple could launch its first foldable iPhone in 2023
Highshout. 2 – Rubén H. Bermúdez
Apple has already unveiled its new products
The iPhone 13 Pro Max could be matte black
Highshout. 1 – Gooseed & Sergio Pontier
Apple could warn you if you are being tracked
Apple Watch users will be able to unlock iPhone while wearing a face mask
MacBook Air will be even thinner and lighter