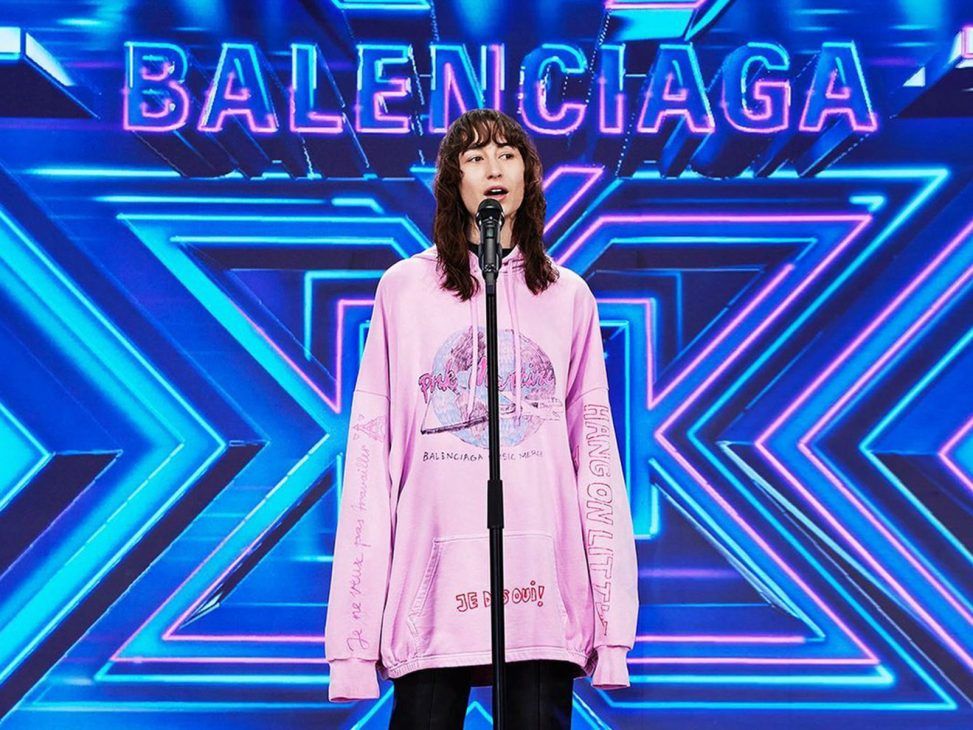 Balenciaga draws on the X Factor format in its new capsule campaign with Pink Martini. The collaboration between the maison and the iconic Portland band features merch including hoodies and long sleeve tees in 100% organic cotton; plus a playlist available on Apple Music.

The limited edition capsule features the Pink Martini logo of an airplane flying around the Earth, with the words Balenciaga Music Merch underneath, as well as references to the band’s albums ‘Hang On Little Tomato’ and ‘Je dis oui!’ their song ‘I Don’t Want to Work’ and the towns in which each band member grew up.

For the campaign, Balenciaga has immersed itself in the X Factor universe. The brand put the models to sing the mythical songs of Pink Martini, as if it were a casting.

This is not the first time the brand has partnered with artists. Balenciaga and Pink Martini is just the latest in a long line of collaborations between the French house and the music industry. This initiative began in 2020, when Demna partnered with Apple Music and launched a 13-hour playlist titled “Demna Playlist.” Since then, artists such ao Ru Paul o or Aya Nakumara have had their own playlist and merch under the Balenciaga prism.

To access the playlist just go to Apple Music and enjoy the selection of songs.