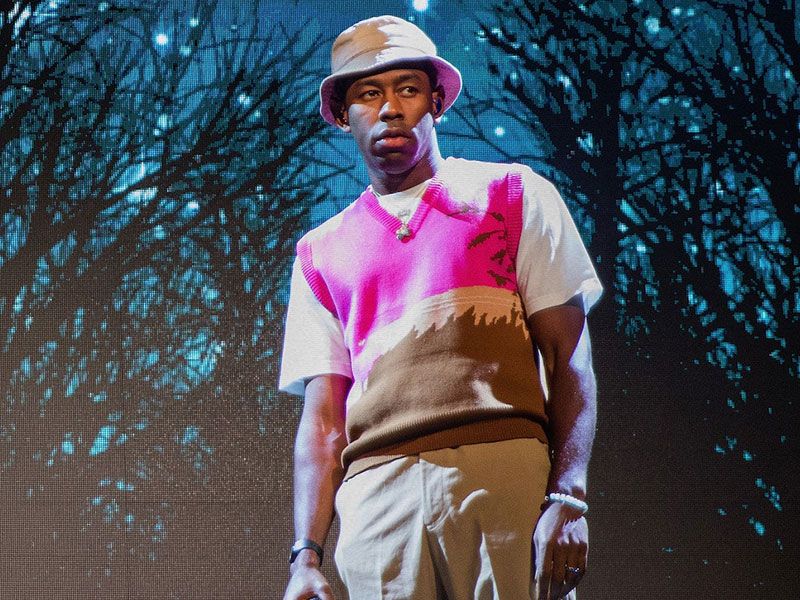 Tyler, the Creator reveals his favorite albums and movies

Tyler, the Creator was the special guest artist at the “Adobe MAX 2020 Creativity Conference”, where he revealed his favorite music albums and movies and who he would like to work with.

Tyler asks himself what his top five albums are, to which he answers “In Search of…” by N.E.R.D., “Marshall Mathers LP” by Eminem, “In My Mind” by Pharrell and “Mama’s Gun” by Erykah Badu – there is no fifth favorite because he couldn’t make up his mind. For his favorite movies, Tyler named “Napoleon Dynamite,” “Scary Movie 2,” “20th Century Women” and “Cat in the Hat.

He also makes it clear that he prefers day to night, that schools should teach students how to make bills, offer more music and cooking classes and that he would love to work with Jay Kay, Michael Jackson during the Off the Wall era and Amy Winehouse.

Carhartt WIP and La Haine celebrate 25th anniversary
Bottega Veneta sunglasses become the must of the season
Do you know what the word of the year is?
Anti Social Social Club surprises with its latest collaboration
Chanel presents the perfect accessories for SS21
YEEZY BOOST 350 V2 “Black/Red” to be re-released next month
Seagate will launch 24TB hard drive next year
Nike Dunk High “Varsity Maize” now has official photos
Barcelona Fashion Summit will be digital from February 1 to 4
Scotland becomes the first country with free access to pads and tampons
Snapchat pays $1 million to use its new feature
Medicom Toy immortalizes Shaquille O’Neal and Allen Iverson in the form of collectible BE@RBRICKS