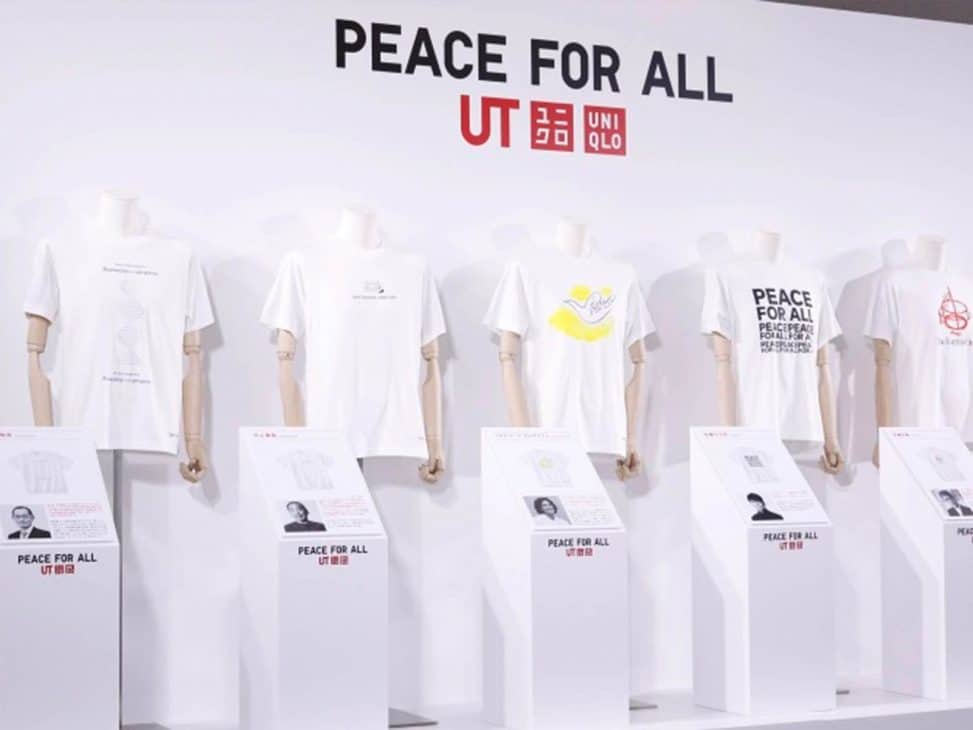 On June 17, the worldwide launch of the UT (UNIQLO T-shirt) collection, which belongs to the UT PEACE FOR ALL solo project, will take place. Proceeds from the sale of the T-shirts will go to three organizations: UNHCR, Plan International and Save the Children. 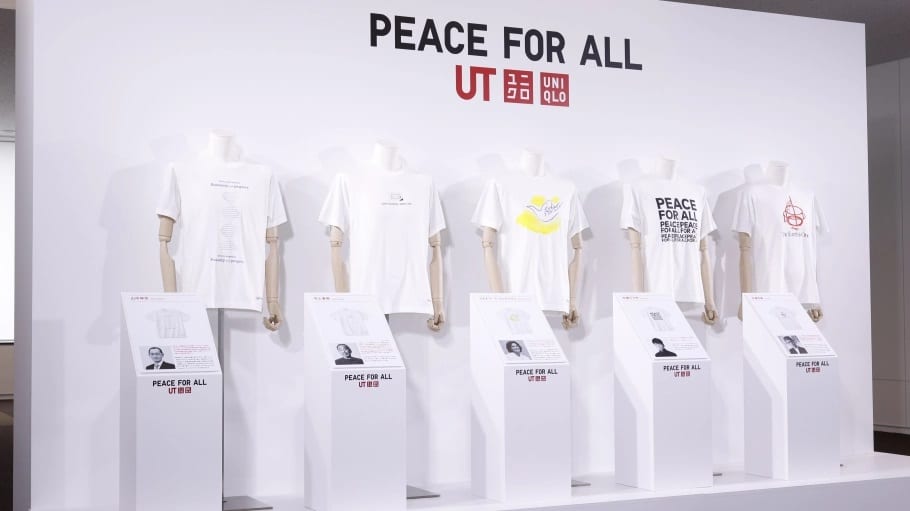 UNIQLO today announced the launch of PEACE FOR ALL, a project of ongoing commitment and support for peace efforts around the world through the UT (UNIQLO T-shirt) collection as a means for the world to express its individuality. Made in collaboration with world-renowned leaders in the fields of art, design, literature, science and sports, PEACE FOR ALL seeks to raise funds through the sale of T-shirts with designs that express the desire for peace.

UNIQLO’s parent company, Fast Retailing Co., Ltd. will donate all profits from sales, never less than 20% of the retail price of each T-shirt, equally among three organizations, UNHCR, Plan International and Save the Children, which help those affected by poverty, discrimination, violence, conflict and natural disasters.

“UNIQLO “LifeWear” are everyday garments adapted to today’s lifestyles. PEACE FOR ALL is a new LifeWear initiative aimed at helping those affected by conflict and war and spreading the message of peace around the world. T-shirts have the power to convey messages. Even if you find it difficult to express your own voice, you can easily participate by wearing one of our UT T-shirts. The world needs peace now more than ever and I hope that with the PEACE FOR ALL collection this message can be even stronger!” added Tadashi Yanai, President and CEO of Fast Retailing.

UNIQLO / UT PEACE FOR ALL

For the initial launch of the project UNIQLO will feature five creators from various fields with whom it has collaborated in the past and will hold a synchronized global launch on Friday, June 17:

“In today’s increasingly fragmented world, we need to be reminded again that we all live together on one planet. That is why I have used this message
message in particular. In order to make ‘The Earth Be One,’ it is vital that each of us think very carefully about what we as individuals can do for society.”

Urban planner, architect / Founded Tadao Ando Architect & Associates in 1969. Served as a professor at the University of Tokyo in 1997 and as professor emeritus in 2003. His numerous works include the Japan Pavilion for Expo ’92, the Church of Light, the Osaka Prefectural Chikatsu Asuka Museum, the Awaji Yumebutai, the Hyogo Prefectural Museum of Art, the Fort Worth Museum of Modern Art, the Punta della Dogana and the Bourse de Commerce. 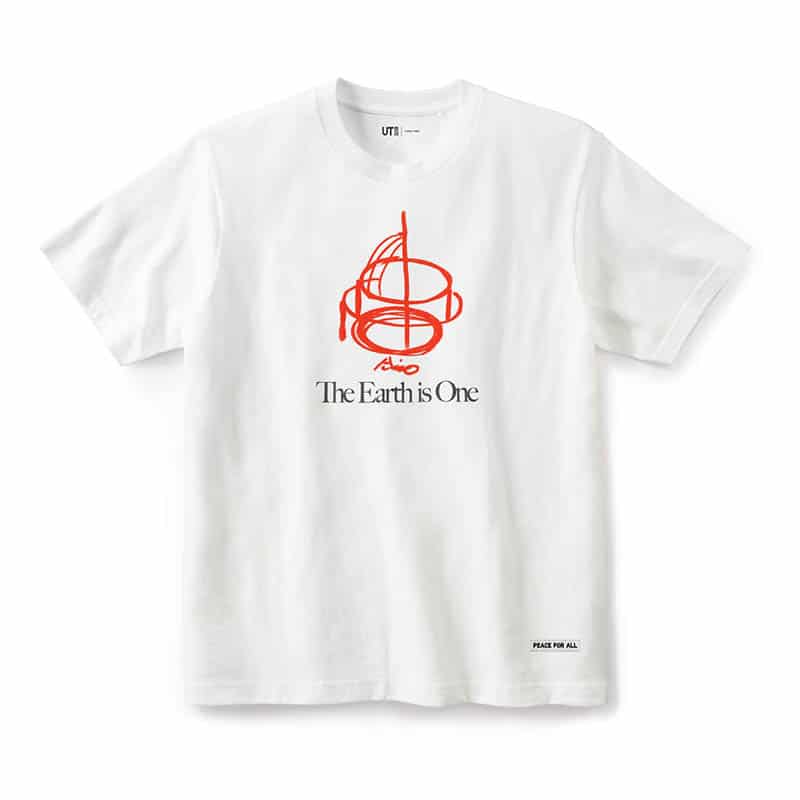 “I designed my t-shirt to convey the concept of PEACE, in a simple and direct way. The repeated call for PEACE FOR ALL represents the feelings and voices of many people around the world. It expresses a strong and sincere desire for a peaceful world.”

Creative Director and CEO, SAMURAI INC. / As a “global producer” of brand strategies, he collaborates with several leading companies on different projects. Managed the launch of UNIQLO’s UT brand in 2007. 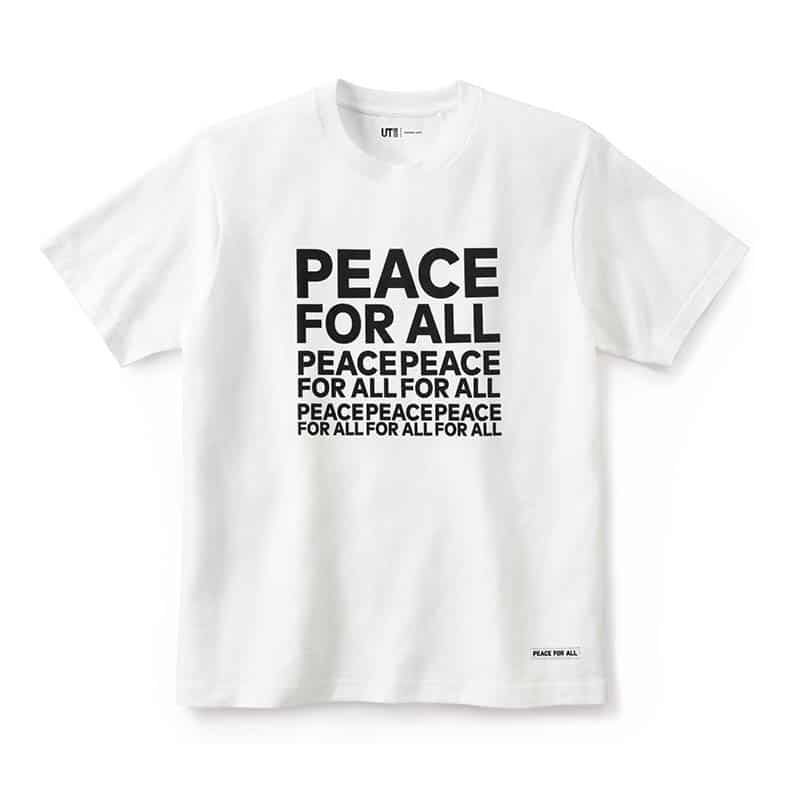 “Today designers and fashion brands should be generous and think strongly about the world and humanity. I think people will enjoy participating in this new and persistent commitment by expressing their opinion about peace in such a peaceful way. Don’t you want to wear this T-shirt?”

Model and designer / Ines de la Fressange began her career at the age of 17 as a model. A muse appreciated by numerous fashion houses, she remains a style reference icon in the fashion world. In 2013, she relaunched her own brand, INES DE LA FRESSANGE PARIS, and continues to embody the concept of French chic as creative director. 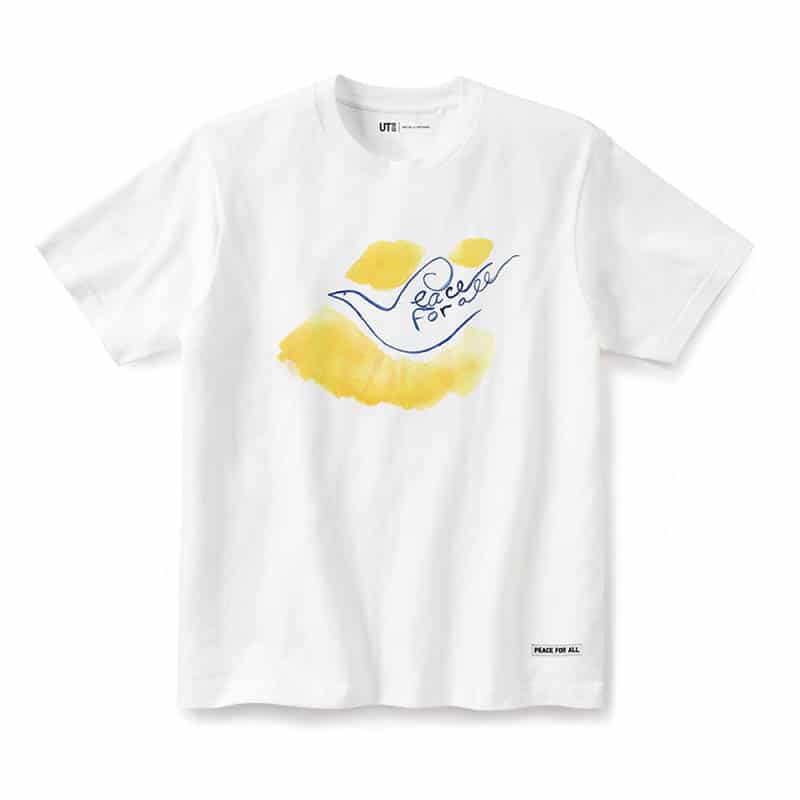 “I just wanted to be of some use (maybe not much, but something). I think it would be nice to create a world in which people and cats, can live in peace.”

Novelist / Born in 1949 in Kyoto Prefecture. He made his debut in 1979 with Hearing the Wind Sing, and Murakami’s major works include Norwegian Wood, Kafka on the Shore and 1Q84. His work has been translated into different languages around the world and has received multiple awards, including the Franz Kafka Prize. She has also translated many of the books that have influenced her most, such as The Great Gatsby and The Catcher in the Rye. He has seen Harper more times than any other film and also loves the novel on which it was based. 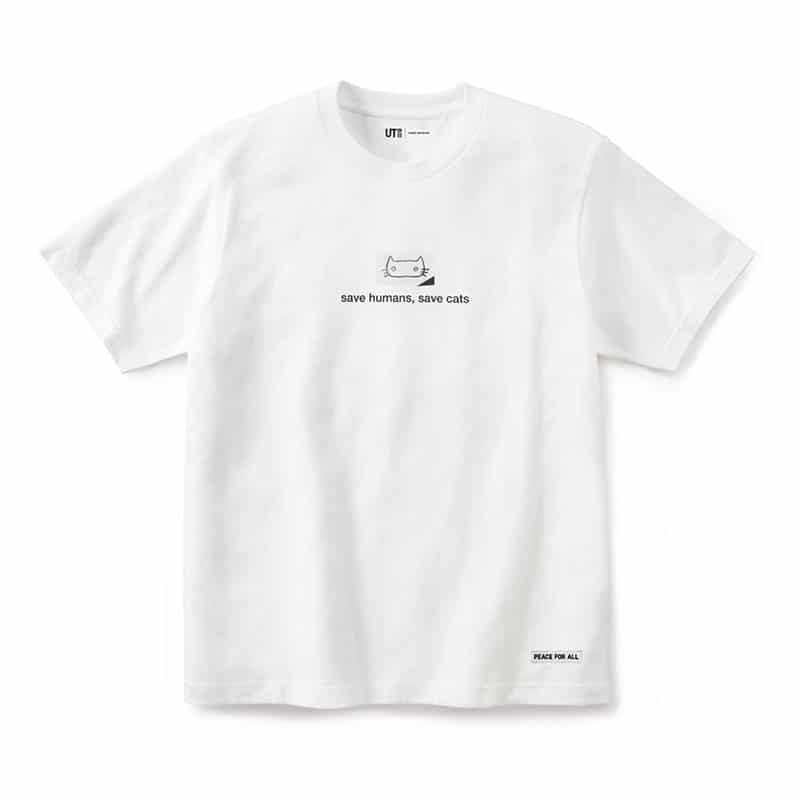 “I participated because I wanted to do something useful as an individual in addition to promoting research as a physician-scientist. The ability of science and technology to change the world for the better depends entirely on the people who use it. So I added the message ‘Humanity must progress.’ ”

Physician-scientist / Dr. Shinya Yamanaka was awarded the Nobel Prize in Physiology or Medicine in 2012 for successfully generating induced pluripotent stem (iPS) cells from skin cells. He is a professor at Kyoto University’s Center for iPS Cell Research and Application (CiRA), a representative director of the CiRA Foundation, and a principal investigator at the Gladstone Institutes in the United States. 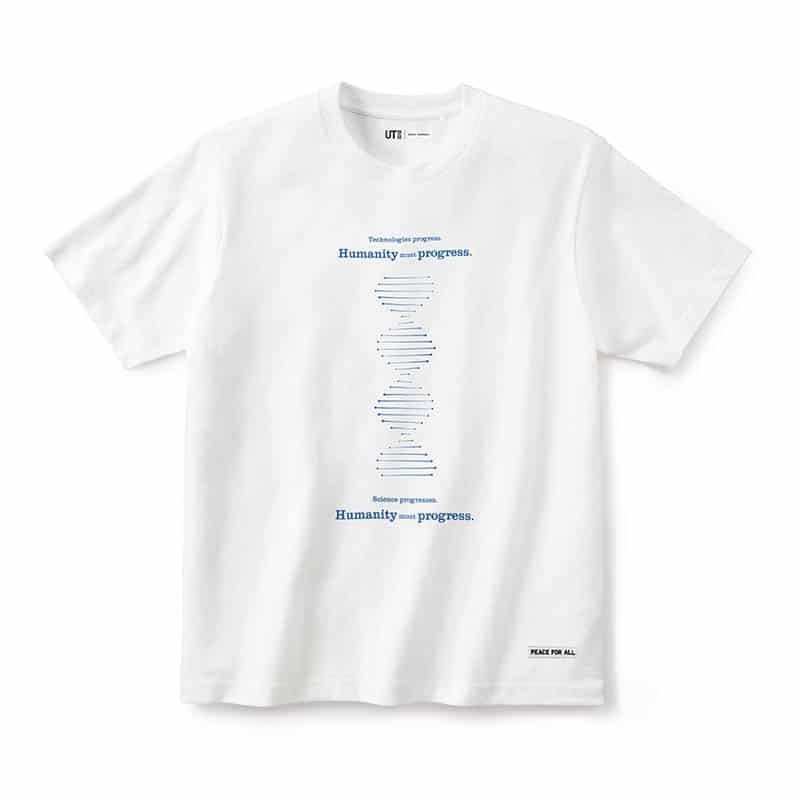 UNIQLO will actively promote PEACE FOR ALL through its stores,
POP materials, SNS, official apps and the company’s website.