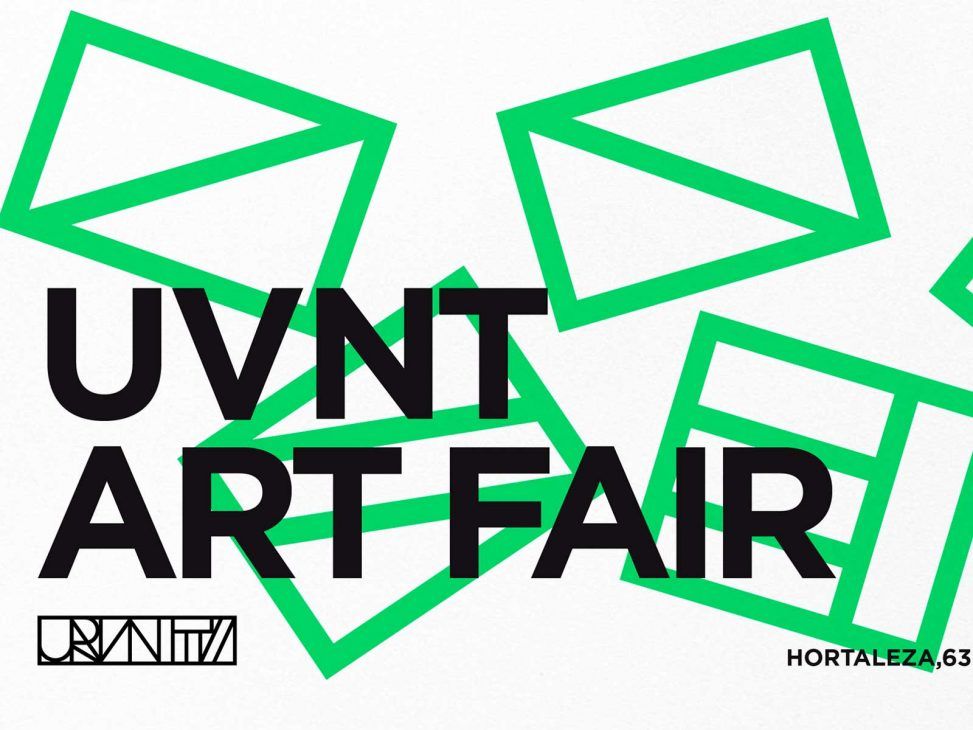 UVNT ART FAIR: Taking to the streets with art

UVNT Art Fair brings together, at its COAM headquarters, more than thirty galleries presenting the most genuine art of the 21st century. From 24 to 27 February, from the currents that come together in New Contemporary Art (post-graffiti, surrealist pop or new pop art) to NFT or the proposals of emerging or mid-career artists. As a prelude to the fair, the city of Madrid becomes an open museum with digital art, interventions and installations. A proposal for all citizens. 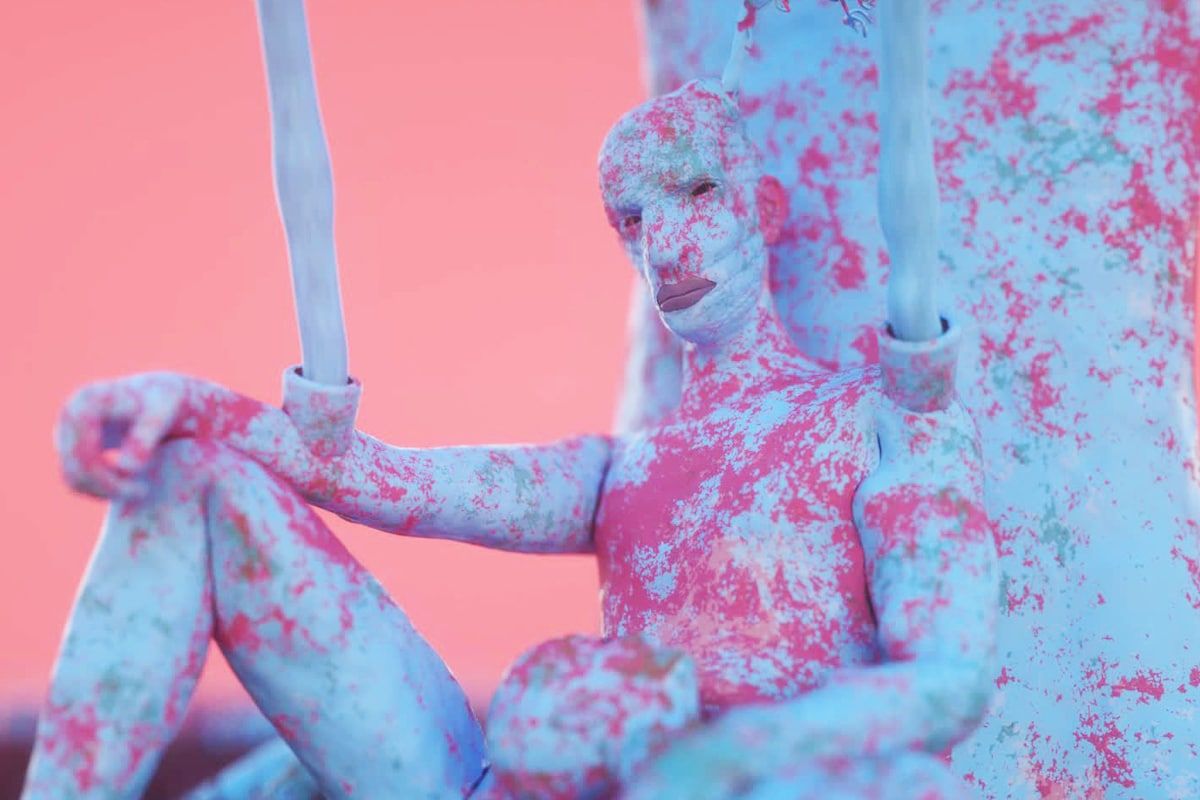 UVNT Art Fair starts its Public Art Programme from the 15th of February until the first days of March, taking to the streets and squares of the capital, as well as the interior of some of its most emblematic buildings.

A look at the latest

The courtyard of the headquarters of the Reale Foundation (Paseo de la Castellana, 9-11), becomes an exhibition hall open to the public; hosting the kinetic sculptures of the Korean Shinuk Suh. By incorporating kinetic characteristics in his works, Suh evokes dreamlike structures reminiscent of the continuous movements within a factory production line. Shinuk Suh is represented by Cerquone Gallery (Caracas/Madrid).

At the foot of the emblematic Metrópolis building, at the confluence of Gran Vía and Calle de Alcalá, we can find the giant heads of Samuel Salcedo (Villazán Gallery, Madrid), whose work emphasises the masked nature of human beings. An illusory, sometimes grotesque, often ridiculous but somehow decent condition of the postmodern citizen. His sculptures and characters always question the viewer with their subtle irony and vulnerability. Salcedo‘s sculptural work is characterised by technical excellence. One can see his mastery in the diversity of the materials he uses (resin, wood, aluminium, bronze) and that he integrates painting, the discipline with which he began his career. 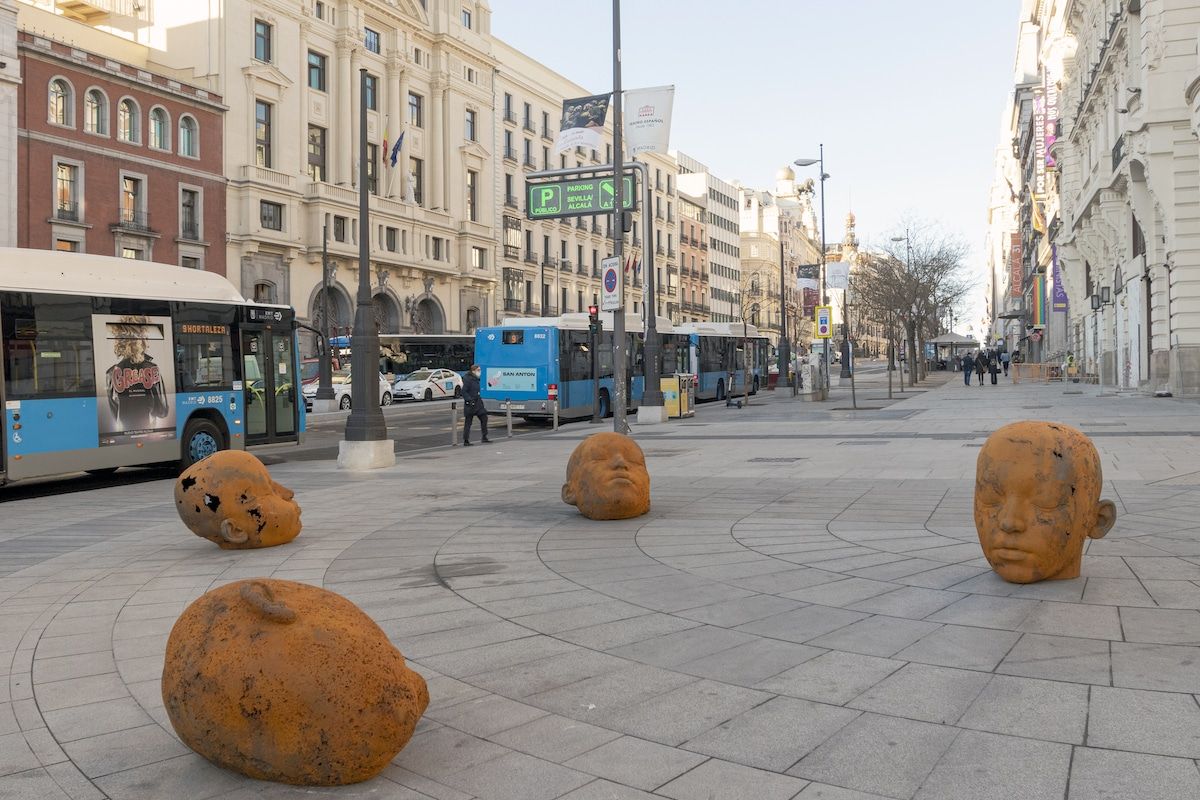 The most current visual art comes to life with a piece of digital art by Solimán López, which will be on display in the Plaza de Callao, on the screens of Callao City Lights. The artist situates himself on a conceptual technological plane, with an interest in the human presence and its incidence in this era of communication and digitalisation, thus his works deal with the meaning and nature of digital archives or the connection between virtual and analogue worlds through photogrammetry. López is represented by the DMG gallery (Madrid).

From 24 February, the headquarters of UVNT Art Fair at the COAM (Hortaleza, 63), will also host two large installations that can be visited on the occasion of the fair. On the one hand, an enormous inflatable tank by the Romanian artist Lea Rasovzsky. Her work can be seen as a reflection of the seemingly endless births, metamorphoses, deaths and subsequent resurrections of pop culture. It is characterised by a fresh harshness and rawness. The artist is represented by Mobius Gallery (Bucharest).

On the other hand, we will find the last sculpture created by Mario Mankey, on the occasion of the Nadine Foundation Residency Award, which he received in the 2021 edition. This year, a new participating artist will receive the award.

A street museum in movement 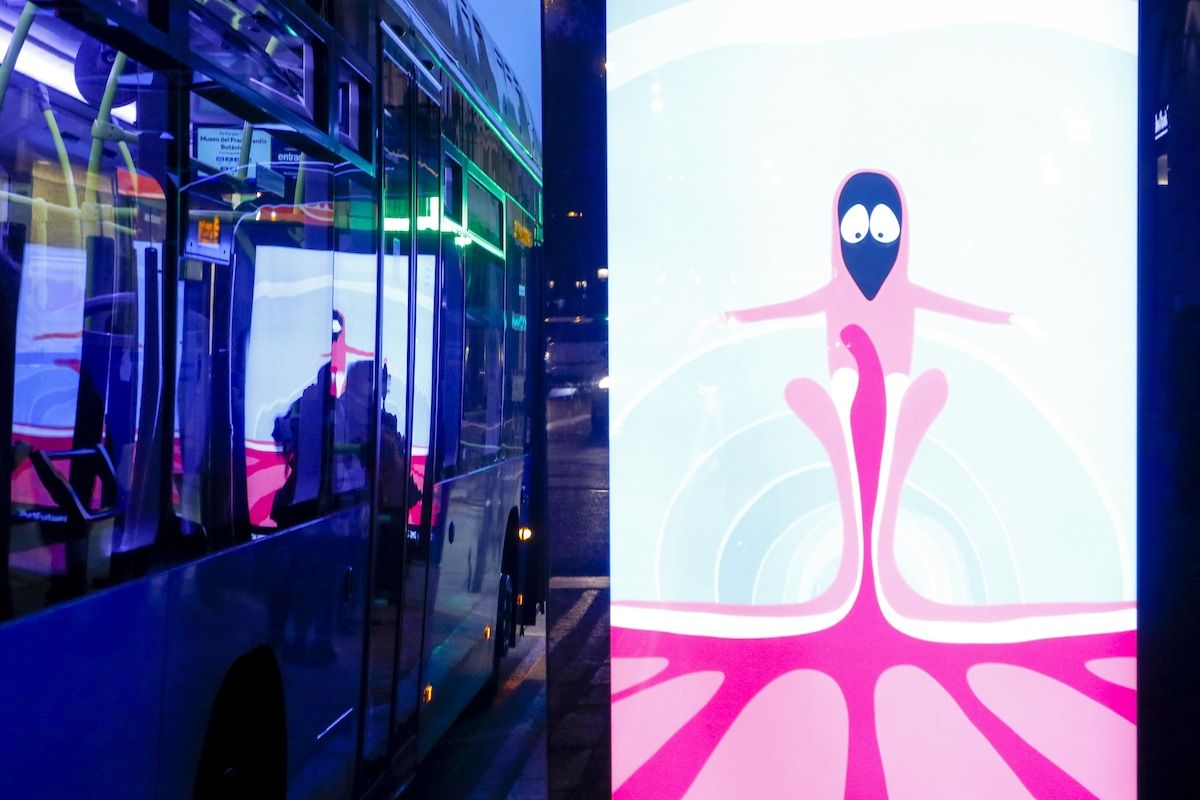 More galleries, more art, more space… In its sixth edition, to be held from 24 to 27 February, the fair known as Urvanity grows and reinvents itself. More than thirty national and international galleries will be present at its COAM headquarters (Hortaleza, 63) to reflect, as they do every year, current artistic trends and continue to maintain the freshness and innovation that have been part of its DNA since its beginnings.

UVNT Art Fair has become the reference point for the latest art. From its beginnings, the aim of the fair was – and still is – to vindicate new and diverse languages in contemporary creation, without leaving any artistic manifestation in the way. It was the first fair to open up to New Contemporary Art, that current that brings together expressions that emerged in urban contexts from the 70s onwards, such as post-graffiti, surrealist pop or new pop art. In its five years they have been pioneers in new disciplines such as digital art or, more recently, NFT. 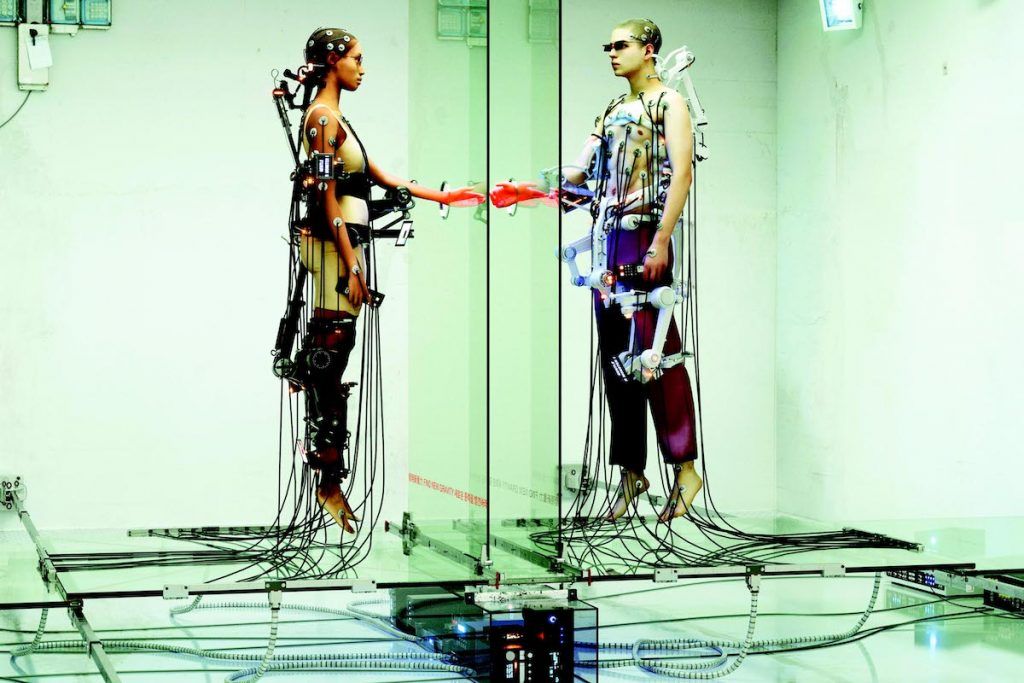 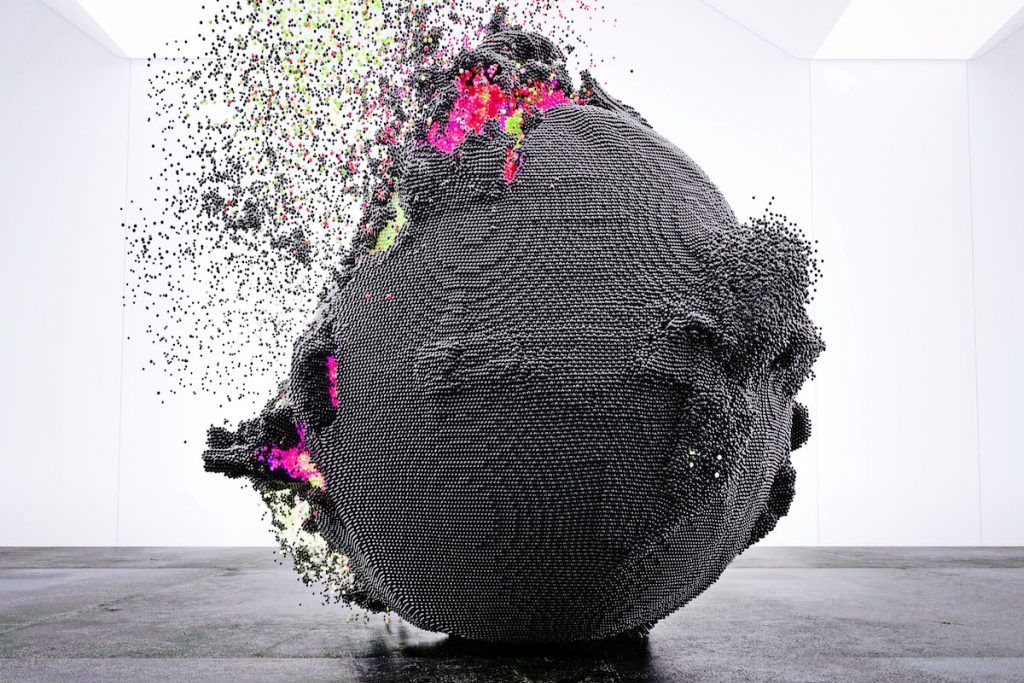 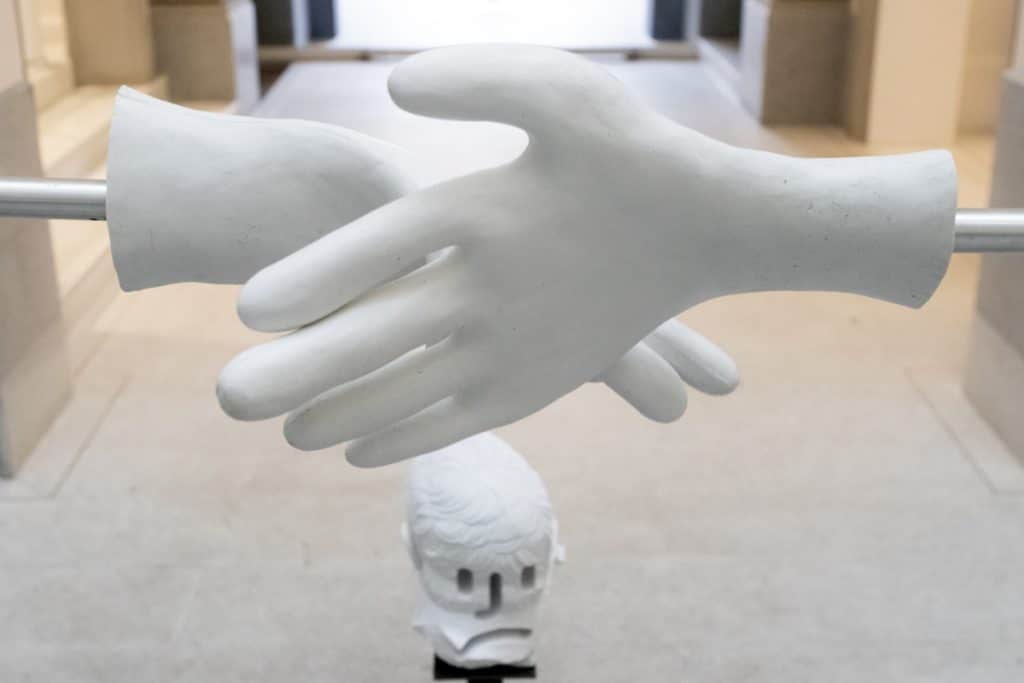 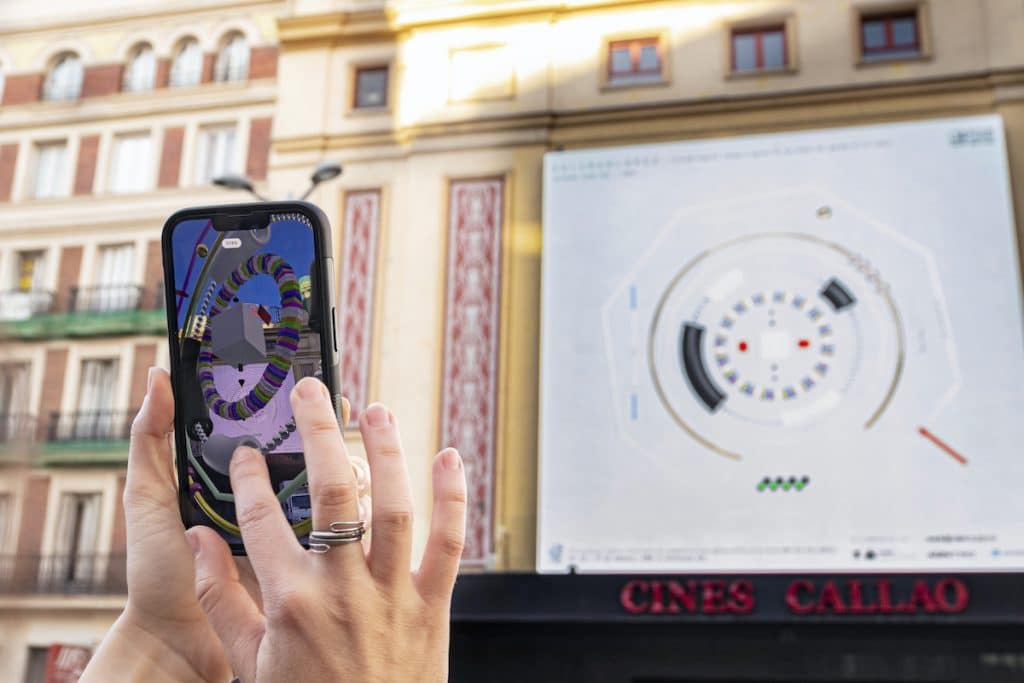