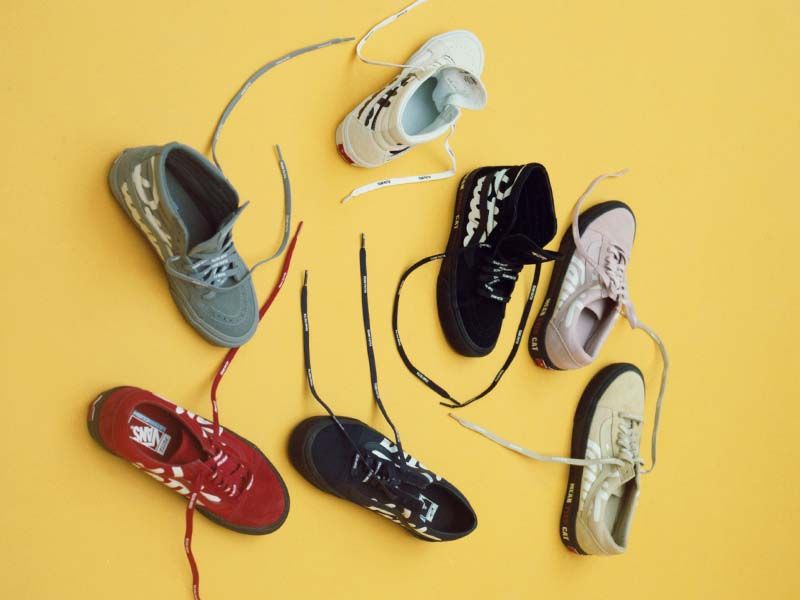 The Vault by Vans x Patta “Mean Eyed Cats” pack has been created as a token of appreciation for Patta’s connection with Beams in Japan. The first release came out in 2015, and a second collection followed in 2017. This year he surprises us with a new drop that includes a wide range of colour combinations to suit all tastes.

Timeless Vans silhouettes like the Old Skool and Sk8-Hi take centre stage, sporting all of Patta’s stylistic DNA on each shoe, such as the presence of Patta’s logo on the upper and custom laces. Rounding out the collection are a series of three graphic tees and a pair of collaborative socks.

Vans began as a family brand in 1966 and was supported by the local scene in California before becoming a global lifestyle and skate brand. This aligns with Patta‘s role in contemporary fashion, as his rise was based on supporting the local scene in music, sports and art. Mean Eyed Cats is a collection that fuses the DNA of the two brands.

The Vault by Vans x Patta “Mean Eyed Cats” pack will be available worldwide from 9 July and at selected retailers in Spain from 15 July.