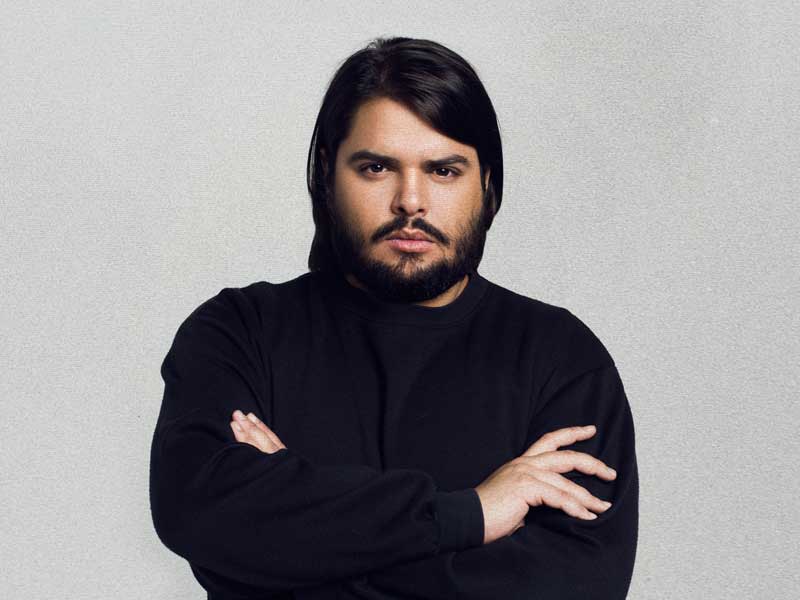 Brays Fernández, Brays Efe (@braysefe) on the starsystem. He writes, acts and directs. Icon of the LGTB collective. Paquita Salas on screen, and a Feroz prize in the showcase and in the heart. Outsider of fashion (and life) that sets all heteronormative stereotypes on fire. This is the new actor 360, the focus of the scene, and of a performance that has crossed borders with his art to become internationally, like Bad Gyal. 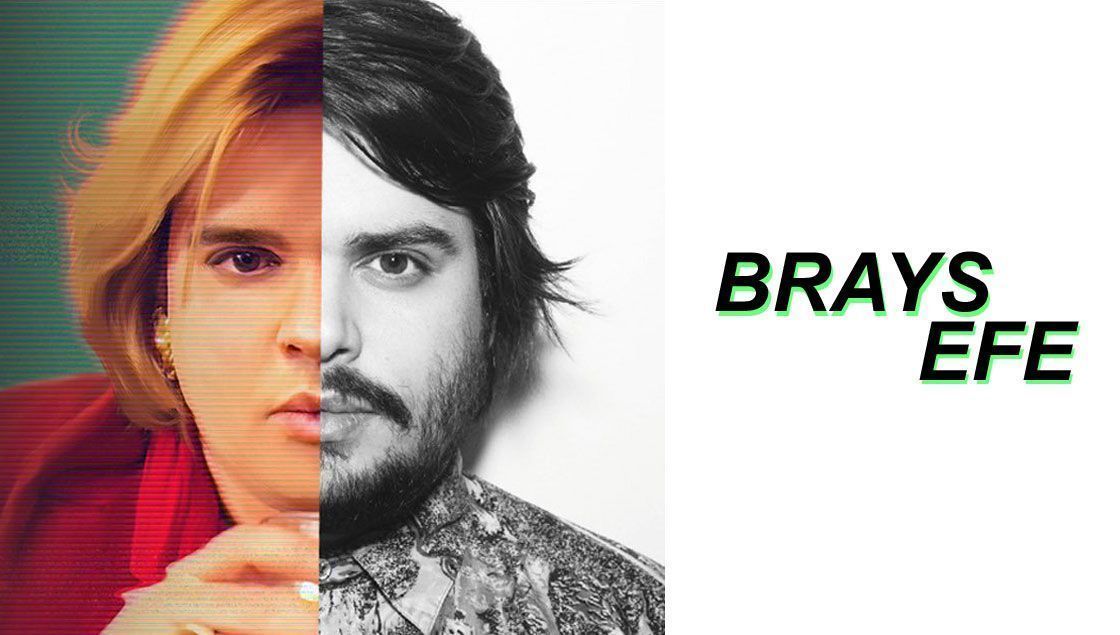 Brays represents the most extreme aspects of personality: happiness and comedy, but -in turn- decadence and frustration, success and failure, in the same role known as Paquita Salas. The series of Netflix with character and essence of Almodovarian film, is a catharsis that hypnotizes the spectators instantly, as well as breaks with the established and teaches a reality not visible for deep Spain. Here, the character of Paquita (now more pop than Andy Warhol) is presented as half of Brays, in a role ½ improvisation ½ reality that illustrates a performance as human and personal as he is.

The real ‘eat boy multimedia’ began as an Alaskan butler and Mario on the web series ‘Tea Party‘ (2014), and went on to become the best gay friend in ‘Cómo sobrevivir a una despedida’ (2015). But the real hype, the one who took him from interpretive underground to mainstream, came with Paquita Salas, the series of the year x Javier Ambrossi (@soyambrossi) and Javier Calvo (@javviercalvo), with whom he has won a Feroz award. 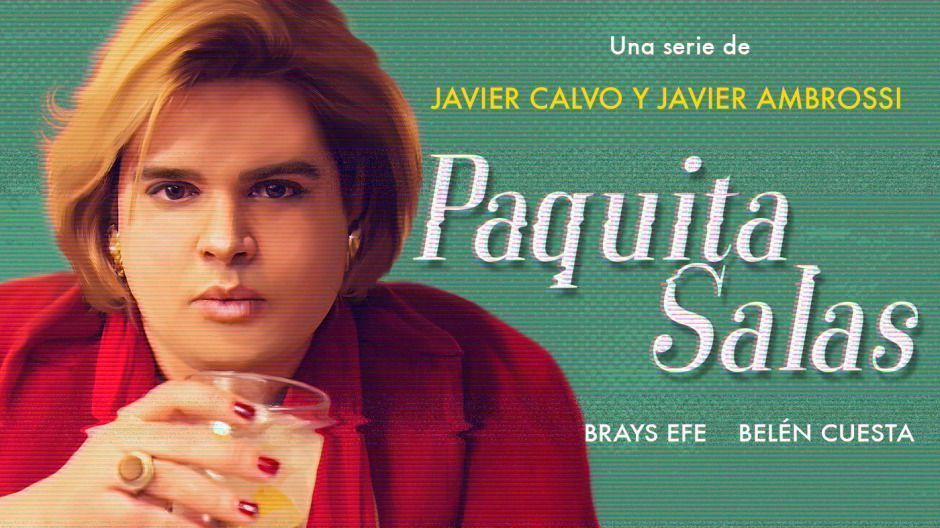 Now, with many other projects in hand, Brays will once again demonstrate everything it has to say and contribute to the industry. Here, Brays tells us a small synopsis of his life until 2018, from the beginning to the present day. Watch out for this.

Brays Efe (B) – The reality is that acting is something that has come up by chance, I came to Madrid to study Communication and I have always been very interested in cinema but I never thought I would be an actor. When I was writing and directing my stuff, Manuela Burló Moreno crossed my path. She told me that I was inspiring her a lot and that she wanted make me a casting for a project she was preparing. I was selected, and it turned out to be the movie “Cómo sobrevivir a una despedida”. And from there I discovered the interpretation.

H – What about before the boom…. How is Brays before and after Paquita Salas? How you’ve changed, and your life in general.

B – Well, it’s…. it’s pretty much the same, to tell you the truth. Usually things change more outside than inside and I feel pretty much the same. What is certain is that my job opportunities are very different and that I am more recognized on the street, but everything is quite in the same place.

“I feel that acting is an exercise in showing oneself more truly than ever, the artifice of not having artifice.”

H – Paquita is already mainstream…. Do you feel the pressure?

B – Well, I feel that there is still a long way to go with Paquita, that’s what motivates me and gives me responsibility, more than pressure. 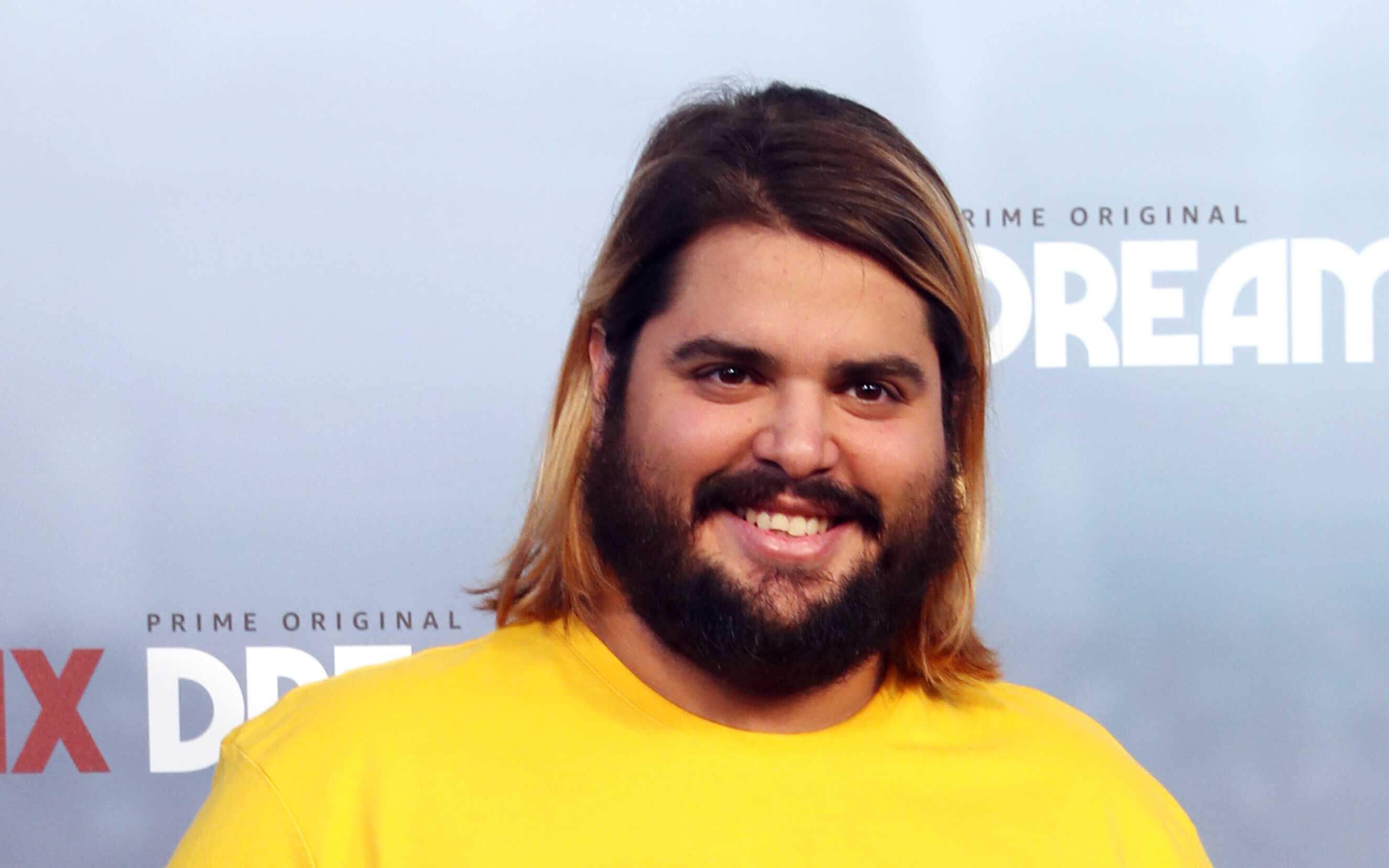 H – Who inspires you? When it comes to acting, and on a day-to-day basis.

B – Well, when it comes to acting I have a lot of references, I’ve always been very cinematic. And at the same time I feel that acting is an exercise in showing oneself more truly than ever, the artifice of not having artifice.

H – What unites you and Paquita Salas and what percentage of you are yourself and what about acting?

B – Paquita, from the moment there’s a camera in front of me, it’s all acting. To act is to change the way of seeing things, the imagination of things…. When you say an actor’s name to Paquita in an improvisation she gets a different idea than I would, for example. Or if you sit her in front of a computer, she will see and treat the computer differently. The voice I use is quite close to mine, because I feel that trying to do “women’s things” would be to take the character to the cartoon… What are women’s things?

But emotionally it’s obvious that I try to make Paquita’s emotions as similar as possible to mine, to give them the truth of my experiences, because I believe that even though Paquita is a woman in her fifties and I’m a man in my thirties… in reality people’s emotions are much more similar than we think. 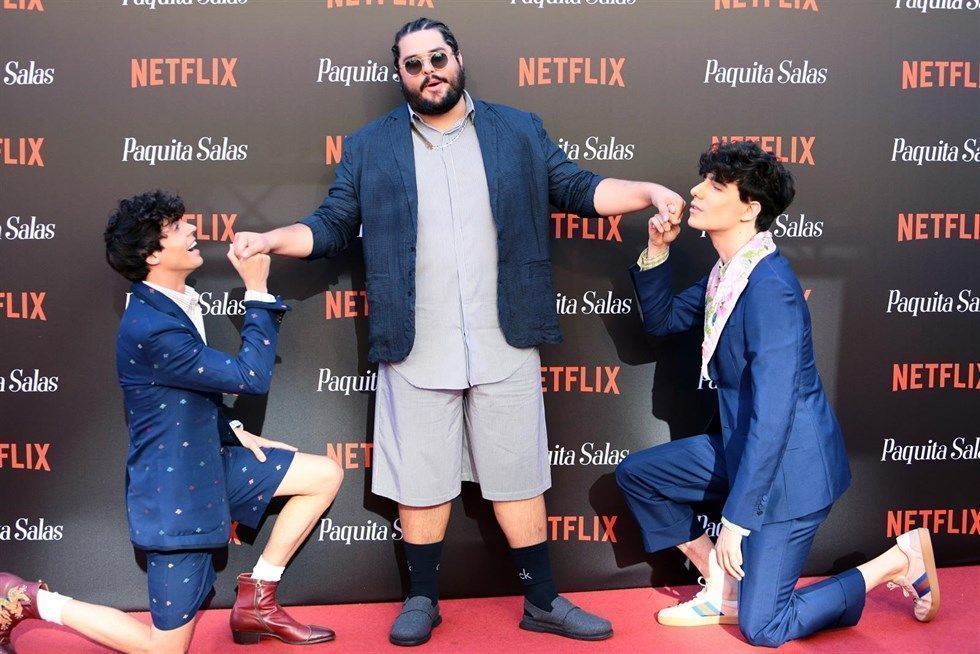 H – What do the Javis mean to you?

B – The Javis are my best friends. Of the most important people in my life, I love them, I have them there when I need them and they have me when they need me, I love working with them, I understand myself brilliantly, we can tell each other the strongest things in the world and at the same time I can laught a lot with a just look.

B – Right now I’m in love w/ Outsiders Division, which I paraded for them at El Ego, at Mercedes Benz Fashion Week. I usually wears from many Spanish designers for premieres and events: Ernesto Artillo, María Ké Fisherman, Nouman, Hosoi, Studio44, Pepa Salazar… because I like them, I have them at hand… and they fit! That with me its not easy. And Paquita is more like Pedro del Hierro.

H – What’s fashion to you? What does a stylist have to have to dress Brays?

B – The stylists I have worked with, Zaida Rodriguez and Laura Vandall, are friends of mine, so we start from a common understanding, I know what they are like and they know what I am like. I like them because they do things that are out of the ordinary and have a very funny vision of fashion. That’s what fashion is all about, entertainment.

H – Context: Ernesto Artillo’s suit that you wore at the Feroz Awards: What does it symbolize for you ‘the woman I wear outside’?

B – I love Ernesto’s work, I thought it was a powerful and beautiful claim. I thought it was absurd when people said it was a transphobic initiative. It’s not the only time I’ve worn an Ernesto Artillo, I also wore it to present the Gala of the II Alan Turing Awards, in Arona for the ARN Culture and Business Pride, on that occasion the suit had a penis painted on it and Stuart Milk, Harvey Milk’s nephew and currently responsible for the Milk Foundation, told me that he really liked the suit.

H – How did your fashion show for Outsiders Division come about in the last edition of MBFW and what was it like to debut for the brand?

B – Well, the guys from Outsiders Division, David Méndez Alonso, Alberto Perancho and Alejandro Gallifa, who are very nice and super talented, were looking for models that reflected the image they liked for their brand outside the official casting and the opportunity arose for me to do it, and we all fit the idea. I loved the experience, watching them work in the fitting, living the adrenaline rush of the whole moment…. I hadn’t been nervous like this for a long time. 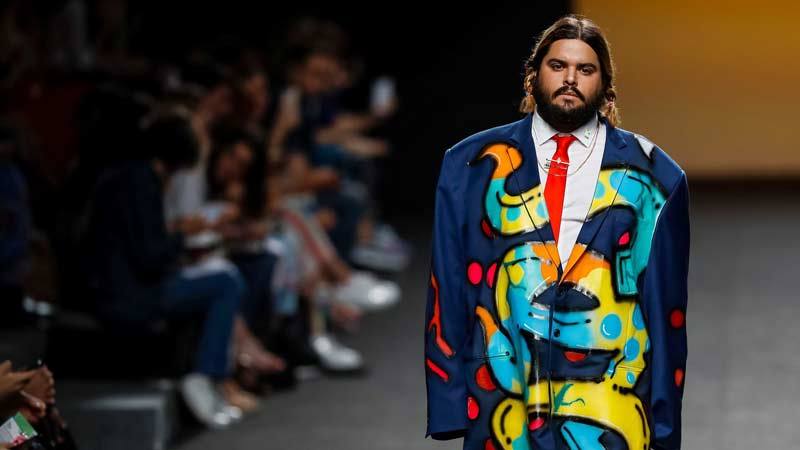 H – Following this line…. we always see how in the galas and the like you run away from the basic dresscode, and you go further, with a Maria Ke Fisherman or a Pepa Salazar… Do you consider yourself a fashion outsider?

B – I’m forced to be. A showroom suit doesn’t usually fit me, sometime I’ve dressed more classic and maybe I’ve gone to a showroom and found just one thing that fits me, then I’ve gone somewhere else looking for my style. Even so, I’ve always liked to go a little different, the male dresscode is always a bit boring…

“I believe that even though Paquita is a woman in her fifties and I’m a man in my thirties… in reality people’s emotions are much more similar than we think.”

H – What projects are you currently working on?

B – Very soon “El año de la plaga” by C. Martin Ferreira will be premiered in the Official Selection at the Sitges Festival, a film in which I have a very small intervention but I shared the stage with Silvia Abril, whom I admire a lot. I also have the premiere of “¿Qué te juegas?” by Inés de León, where I play roommate and best friend of Leticia Dolera. And soon I start the new season of “Tu cara me suena”.

H – How do you see yourself in the future? what would you like to do that you have not done so far? no limitations… What’s left for Brays to do?

B– I have a lot of things to do…. I would like to go back to writing and directing at some point, and do it in a project in which I also act. I would also like to do some format of interviews on television or on an online platform. I don’t know, a lot of things….