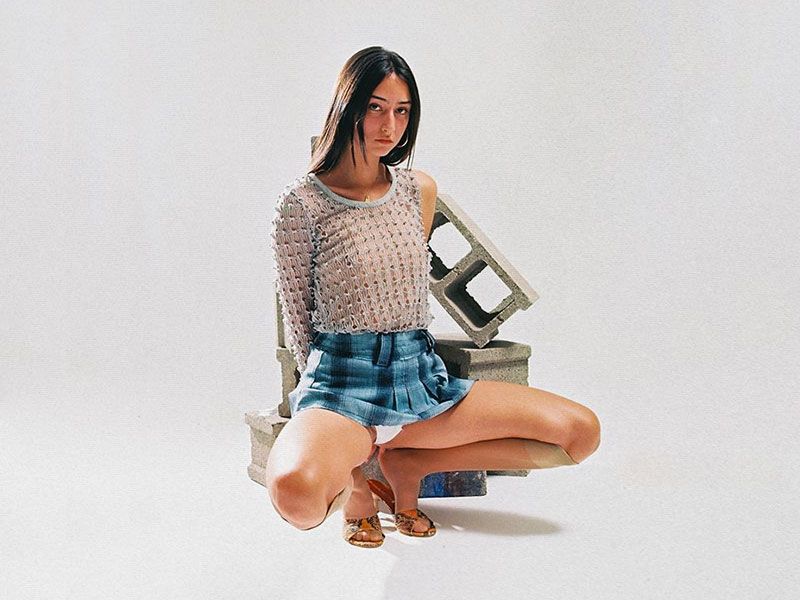 In an era where the over-stimulation of the Internet is killing off the experimental process and the creative essence, Adriana Roslin (@adrianaroslin) has created her own artistic bubble that provides an escape route between fire and thaw. 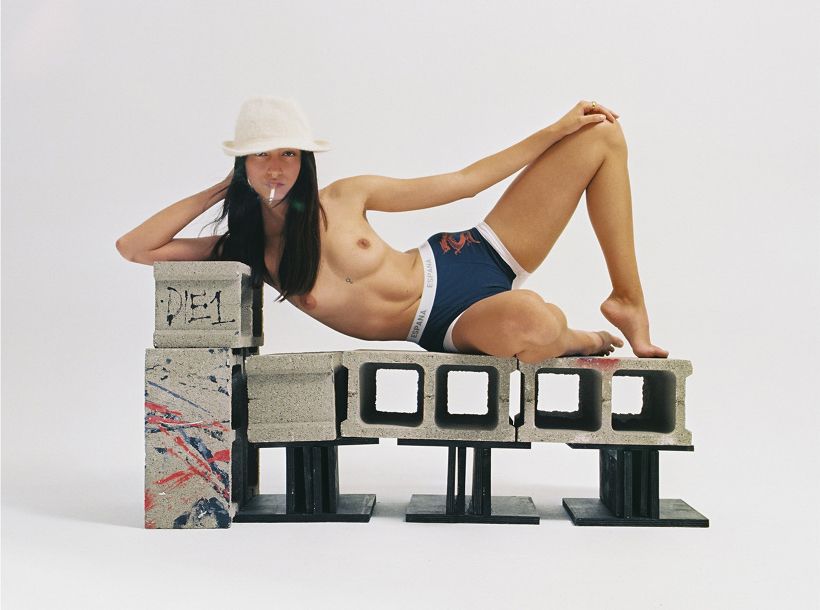 Her line of projects as a fashion photographer and creative director has defined an exciting showcase in which to find campaigns and editorials for I-D, Hypebeast, GQ, Fuuucking Young, Vogue or Highsnobiety. Her shots of light and color portray a new avant-garde paradigm through celebrities like J Balvin, Rels B, Soraya Yasmin and Bad Gyal, and create dreamlike universes for brands like Loewe, Sisyphe, Ader Error, Vasquiat and Shoop Clothing.

Activating their creativity plays on harmonizing space and subject, as well as balancing elements such as architecture, objects and geometry. At the same time, his attraction for music and fashion is evident in an infinite digital portfolio bathed in a minimalist and polished essence in which to live an orgasm of visual pleasure.

We talked to Adriana about the artist’s eternal struggle, his projects, influences and much more. Enjoy.

H.- How was your first contact with art? Tell me about your first memories with a camera.

Adriana  Roslin (AR) – Since I was a child, my parents introduced me to the world of art through visits to museums, music and travel. I was especially influenced by going to Rome every year to visit my family; and Rome is an artistic explosion. My sister started to be creative before me so this influenced me a lot too and from there at the age of 16 I started to play with the mobile phone camera and progressively with cameras until today. 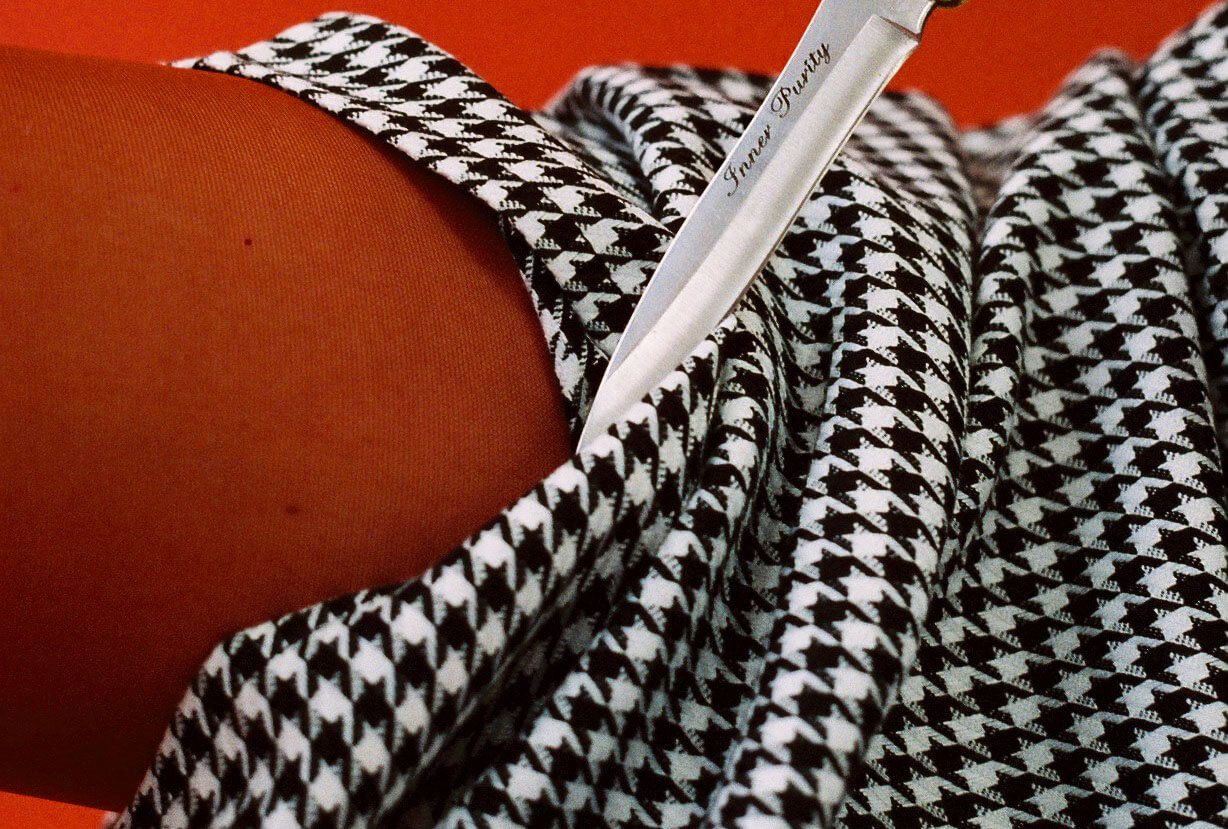 H.- Where does the inspiration for your shooting come from? What songs or films stimulate you to create?

AR – Initially the Swedish aesthetic was what made me become interested in architecture and design and therefore photography. In 2010 I already had an account on Instagram and it was what I sucked on most. That minimalism is what I have been dragging with the years and including in every photo session I do. What inspires me most when working is the locations and the people I shoot. I like to be faithful to the space and especially to the subject.

I listen to a wide variety of genres so depending on the time of year I am inspired by one thing or another. At the cinema level, Japanese and Korean films are very similar to what I’m looking for because they respect the minimalism I want to convey. In any case, I still have a lot of cinema to see and to be inspired by. 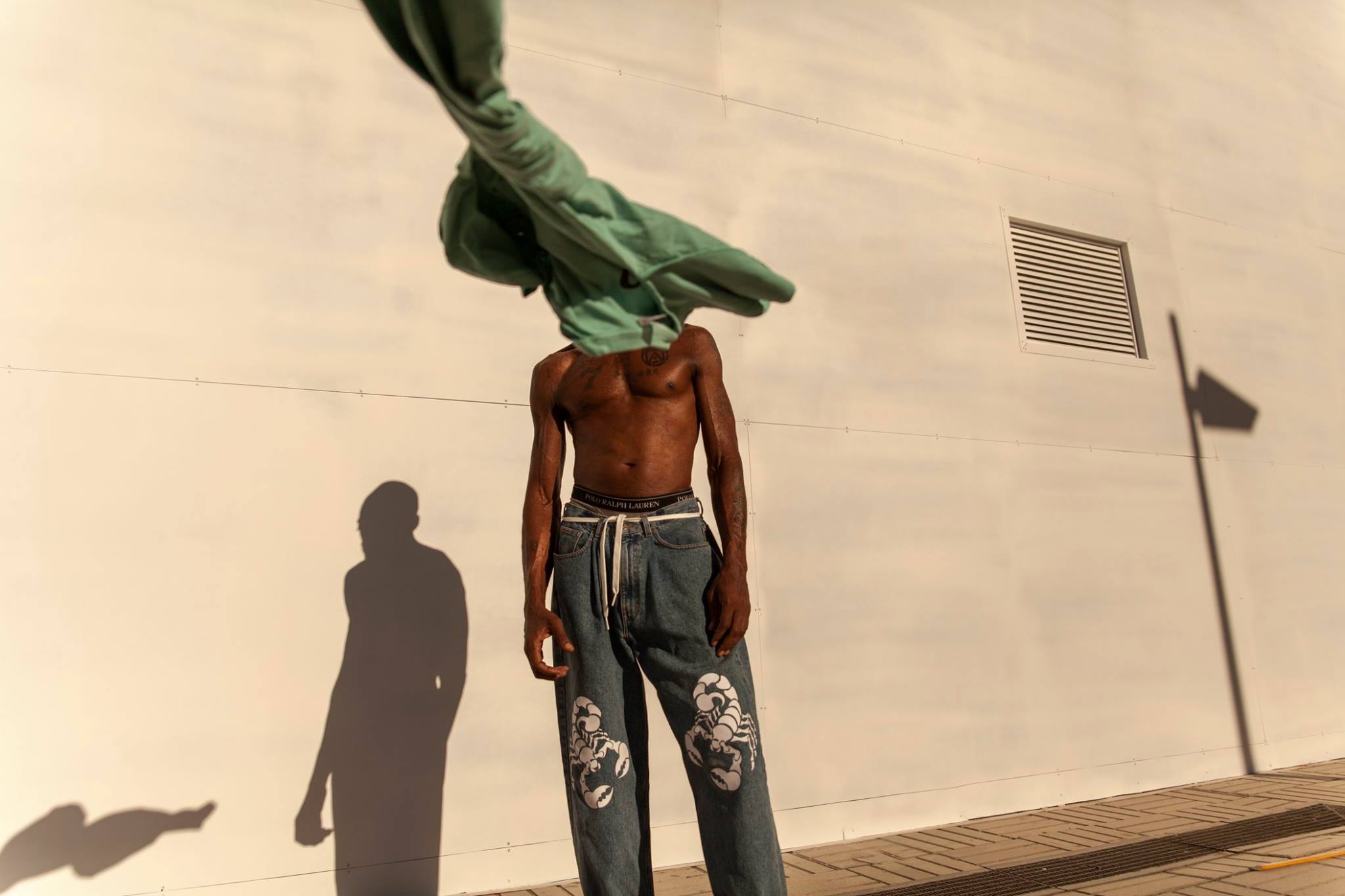 H.- In reference to your exhibition ‘What is your concept’, how would you define Adriana Roslin’s concept and what would be the eternal questions you have to face as an artist?

AR – Adriana Roslin’s concept is born from the color and the play between space and subject. That’s what I’ve come to realize after all these years. But before I’ve made anything clear I’ve been faced with questions like “What’s my style?” “Will they understand my pattern?” “Will they recognize my pictures?”

This exhibition speaks a little bit about that and about my frustration in having to face those questions during a year of my life that was very hard in many ways. To be questioned as an artist when you’ve been an artist for years is hard. 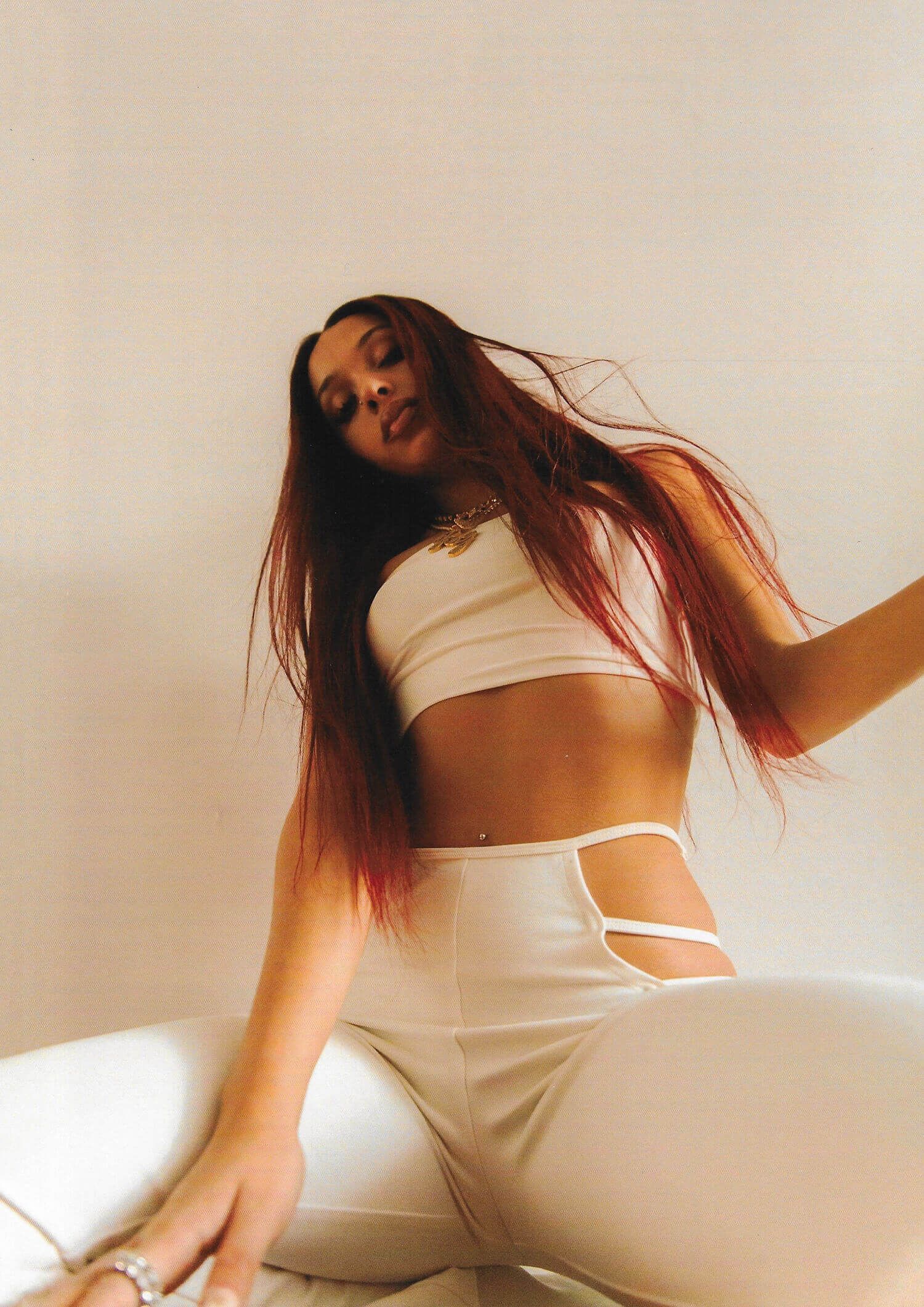 H.- What role has Pablo Curto played in your artistic universe?

AR – Pablo Curto was my mentor for several years. Thanks to him I avoided having to go to a school to study photography. I still think that photography is not something you have to pay to study but that you can be self-taught and try and fail. Trial and error is the basis of many practical works and this is the case of photography.

Pablo was very flexible with me, he wanted an apprentice and not an assistant and he opened many paths for me because he trusted me completely from the beginning. When I had to stop working with him because he didn’t give me time I imitated his style quite a lot as is normal and after a while I found mine. Now none of us are anything like we were before and that makes me very happy. 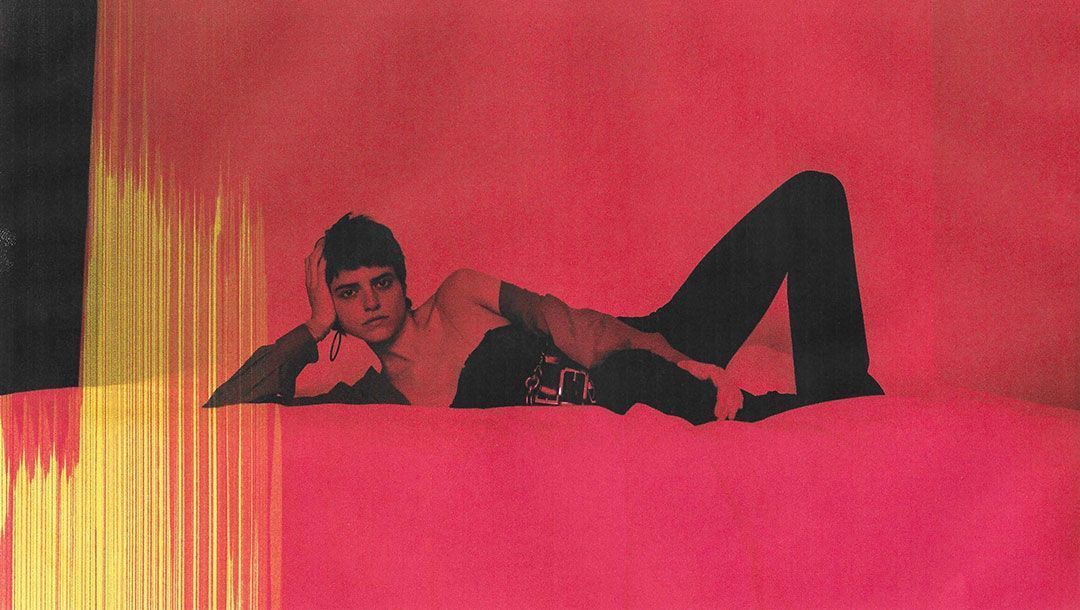 H.- What do you think the Spanish creative scene lacks to finish breaking away from and turning on the clichés? What are the artists who have started to define the new national paradigm for you?

AR – It lacks more international recognition, but I believe that this is something that we can never completely break, since the monopolization of culture and art is mainly held by the United States. That is why the spanish people have to emigrate in order to be heard.

In any case, there has been a brutal advance thanks to singers and producers from our country who have been positioning themselves worldwide and who have dragged along with them other spanish artists. Many artists working in production companies such as Canada or O (RIP) have created a new wave of directors and photographers who now have more clients abroad than in Spain but are still recognized at home. I like that. 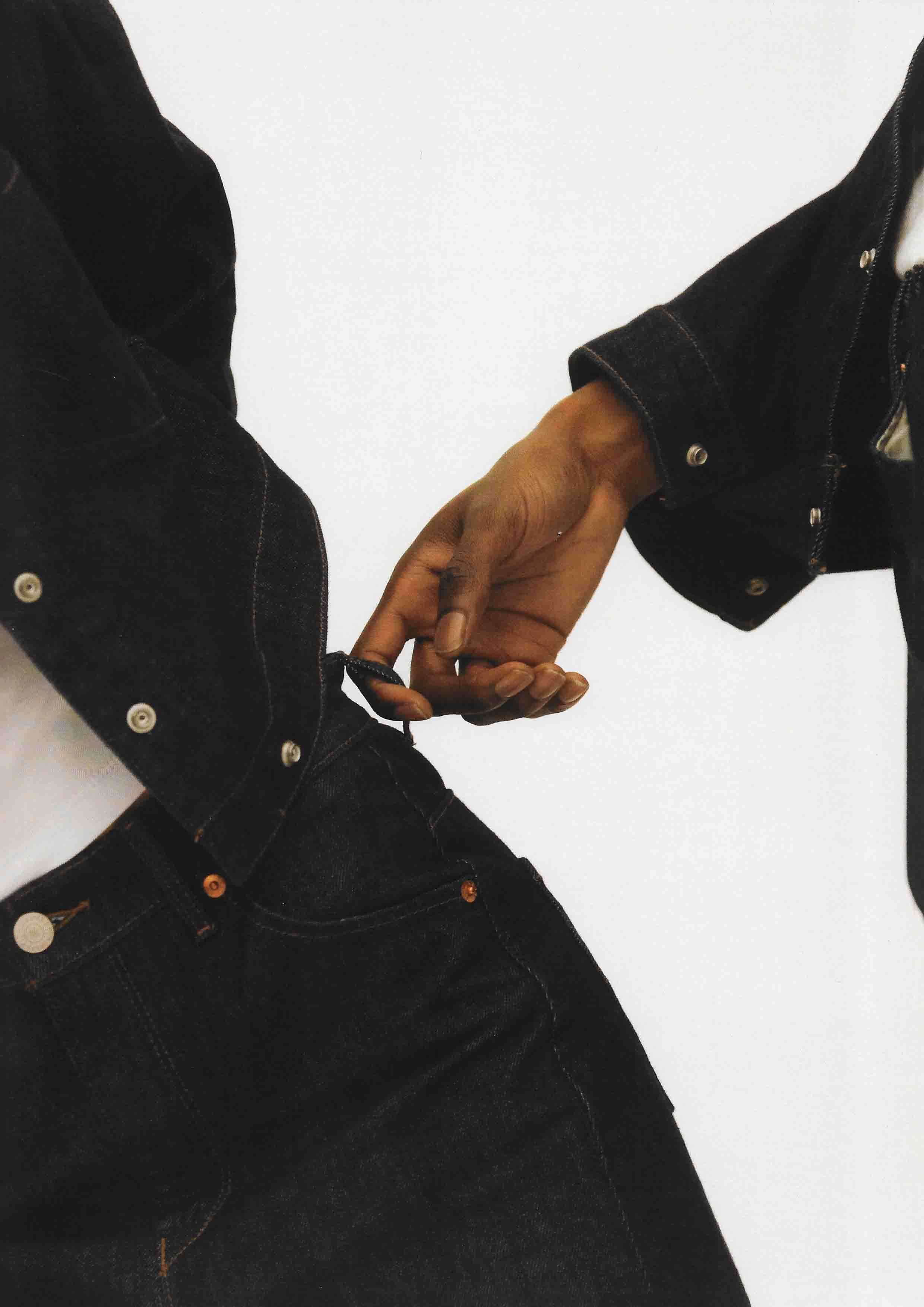 H.- Your portfolio includes countless magazine publishers and art directors who have positioned themselves in the line-up of the music and fashion industry. What has been your most rewarding project?

AR – One of them is clearly my cover for GQ Spain last February but the fact of sharing with musicians and other artists our visions and being able to create an image and project together gives me a lot of satisfaction. That human moment of joining heads and art is something that has no point of comparison. 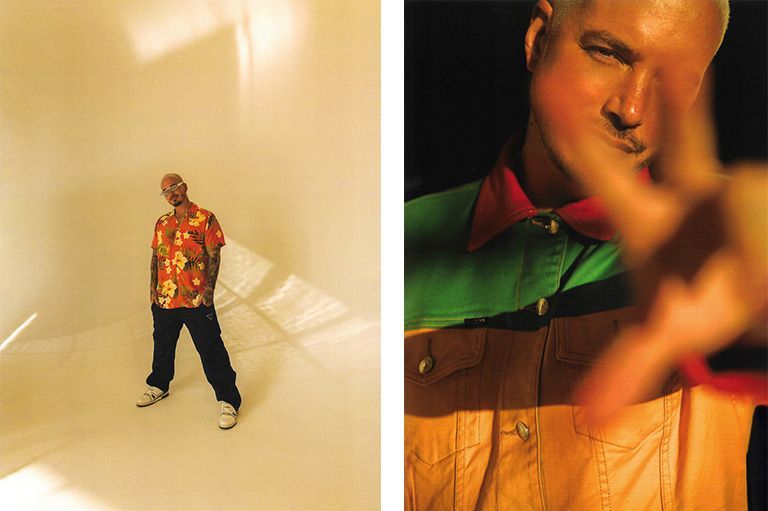 H.-What elements are essential in an Adriana Roslin session? How do you harmonize geometry, architecture and portraiture through your objective?

AR – I don’t have any special tactics; just that moment when you look in the viewfinder for the harmony between subject and space is the moment when you have to shoot. It’s a matter of personal vision, education and references.

As for what is essential, I would say the desire. Even when a photo session ends up being a possible disaster because of time, schedules and people, if the team has the desire and exteriorizes it, I think it’s the most important thing. 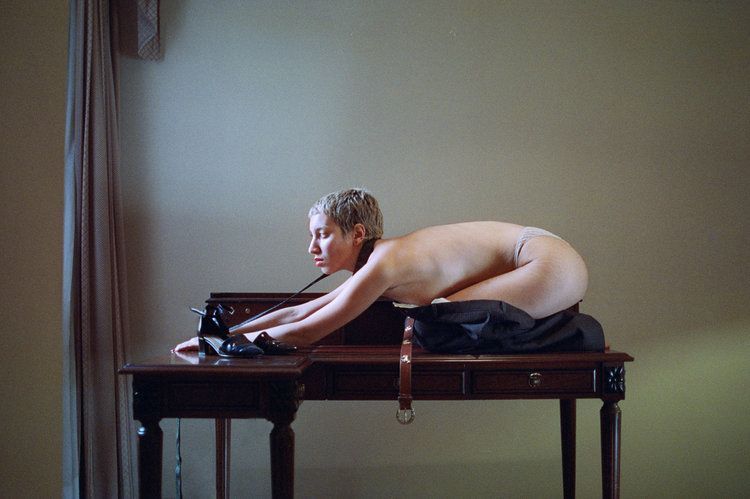 H.-  Do you think that the over-stimulation of the Internet makes the artist leave the experimental process and lose his creative essence?

AR – Absolutely. Plus now that the images are going viral we all end up absorbing the same references and end up being an army.

Almost a year ago I visited one of the most important fashion photographers of the last few years in his studio because I wanted to portray him. When I went in I didn’t find a single fashion book; they were all about art, documentary photography, architecture and more. I was impressed.

I’ve been looking for references around me for a long time, especially. Obviously the Internet helps me enormously but I use it above all so that the people or the client I am going to work with understand more or less what I am looking for. But what I am looking for is reality and I think that if we all raised our heads a little more we would find more than we think. 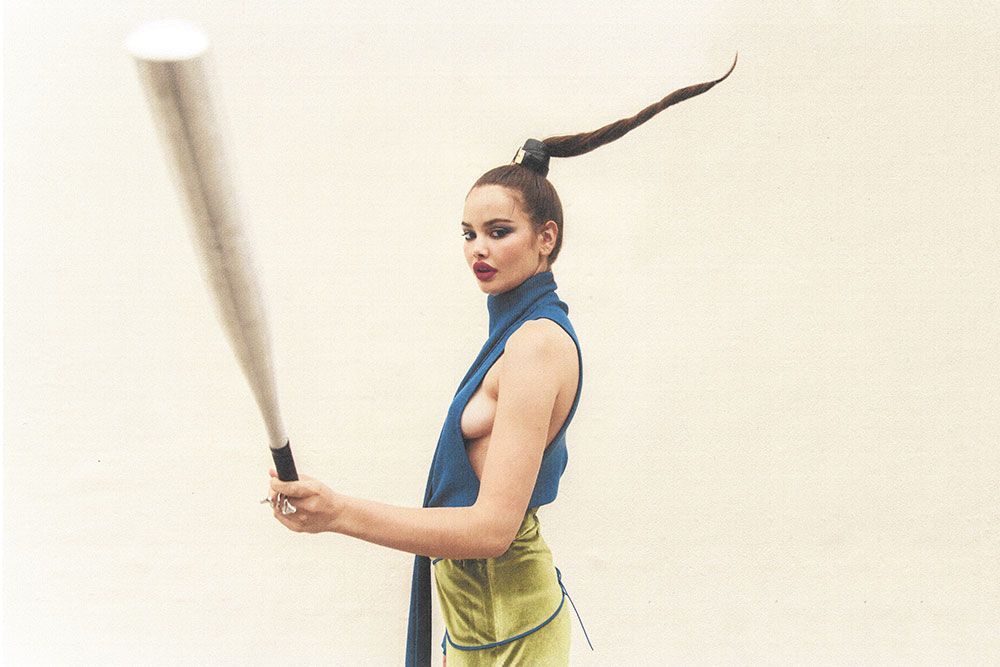 H.- In an era where photography has been undervalued and where there is more competition than ever, what has set your work apart from the rest?

There are too many of us, and even though I have a lot of confidence in my work right now if you’re not the child of or especially well connected to me it’s very difficult to stand out for a long period of time. But not impossible.

H.- Imagine you’re looking at your future, what do you see?

AR – I see myself trying to escape the climate change and the diseases that the Internet is creating and will continue to create. That is, on an island far away, looking for inner peace and tranquility. Of course, taking pictures all the time.