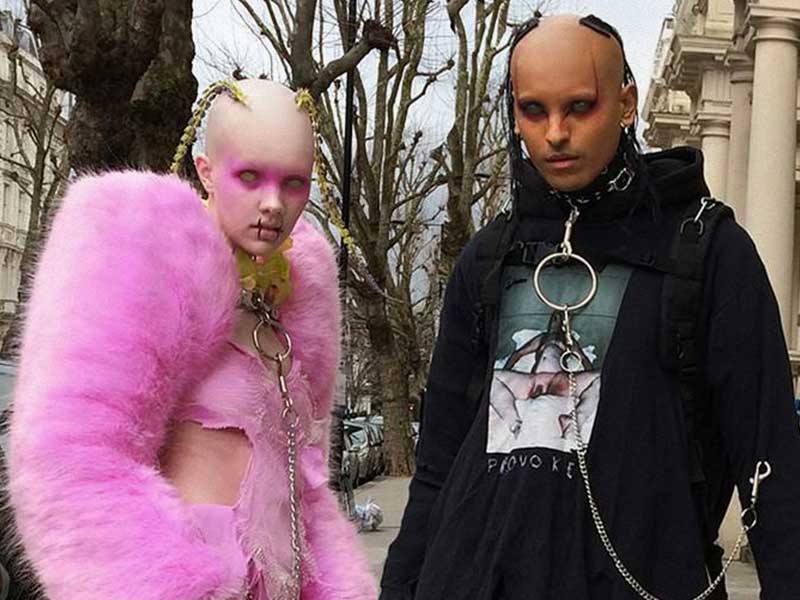 Hannah Rose Dalton and Steven Raj Bhaskaran are the Canadian designer duo behind Fecal Matter / Matières Fécales. Their outfits and photomontages surprise, although in many cases create rejection, even outrage. That is part of their game, though. 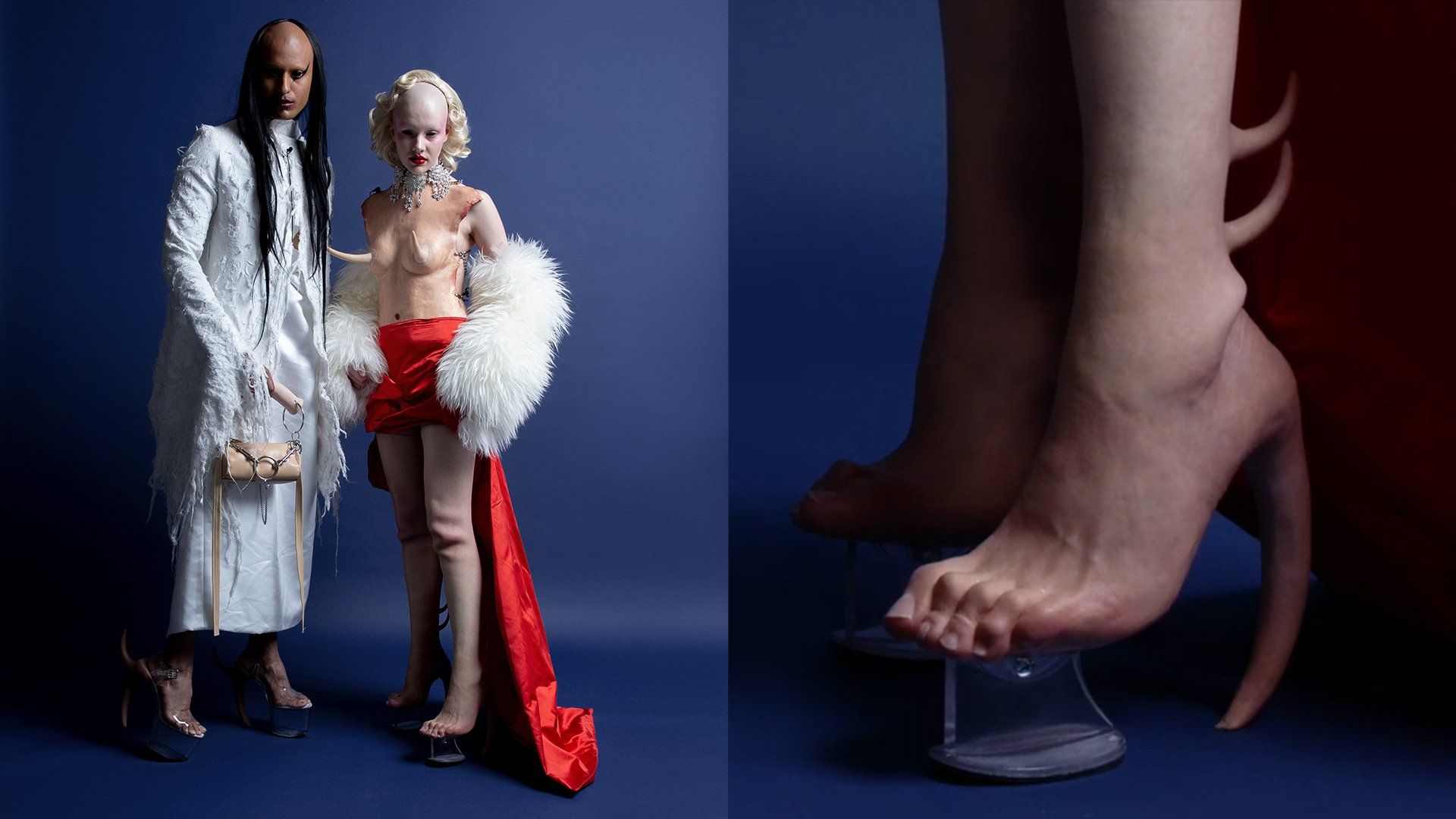 We bring you 5 keys points to get to know the creative duo Fecal Matter:

1. Their creative universe is a consequence of oppression. Hannah and Steven met at theirdesign school in Montreal and discovered that they shared the same concerns and insecurities, and although in different ways, they had both experienced oppression. In Hannah’s case, she felt that the imposed school uniform had limited herand that she had not developed herown identity. Steven, for his part, suffered from racism and discrimination as a non-binary person of colour from an early age. 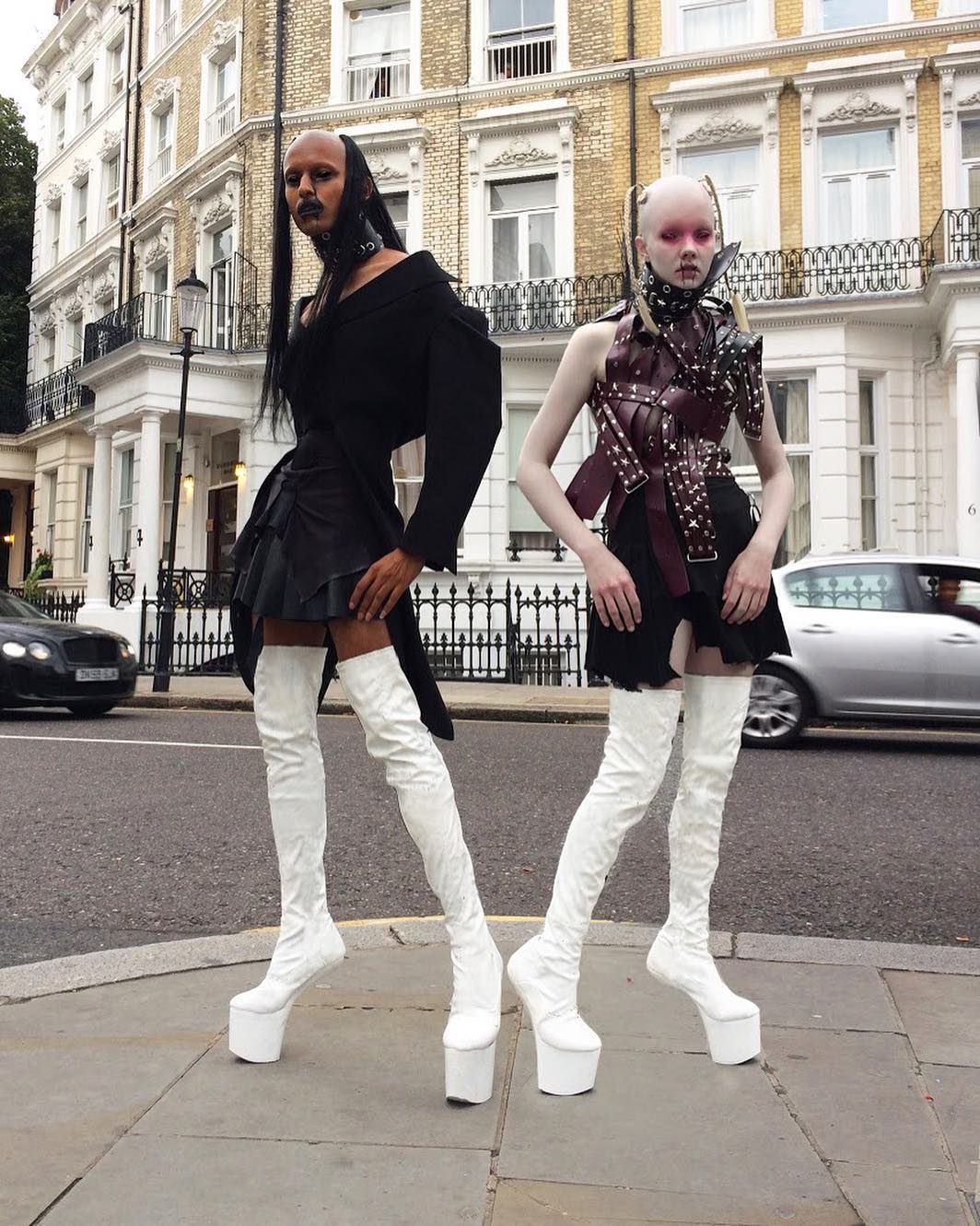 2.They understand beauty differently. It is obvious that they do. Their goalis to fight against conventions, beauty standardsand binary society. They believe that all beauties and lifestyles have a place today, and with theirfight they want to encourage other oppressed people who cannot find their place to express themselves freely. 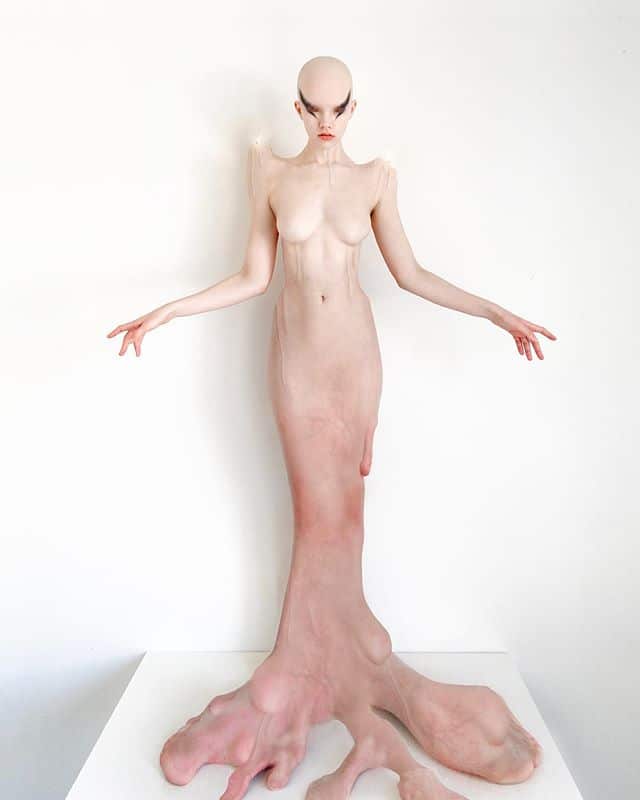 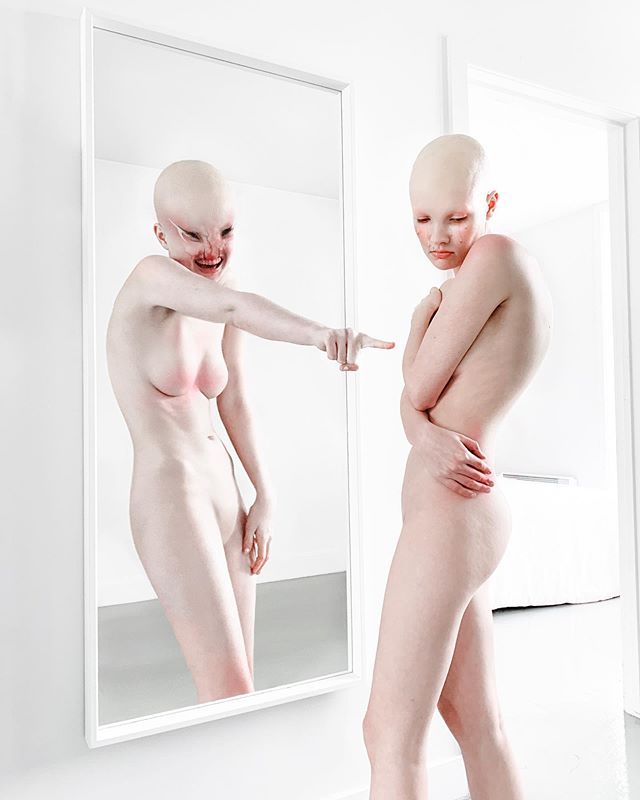 3. They explore the post-human and the macabre. Hannah and Steven question what it is to be human. And they do so through their designs, their photographic projects in which they play with photomontages and ironic copies to reflect or parody current society, and through the reinterpretation of classic paintings. 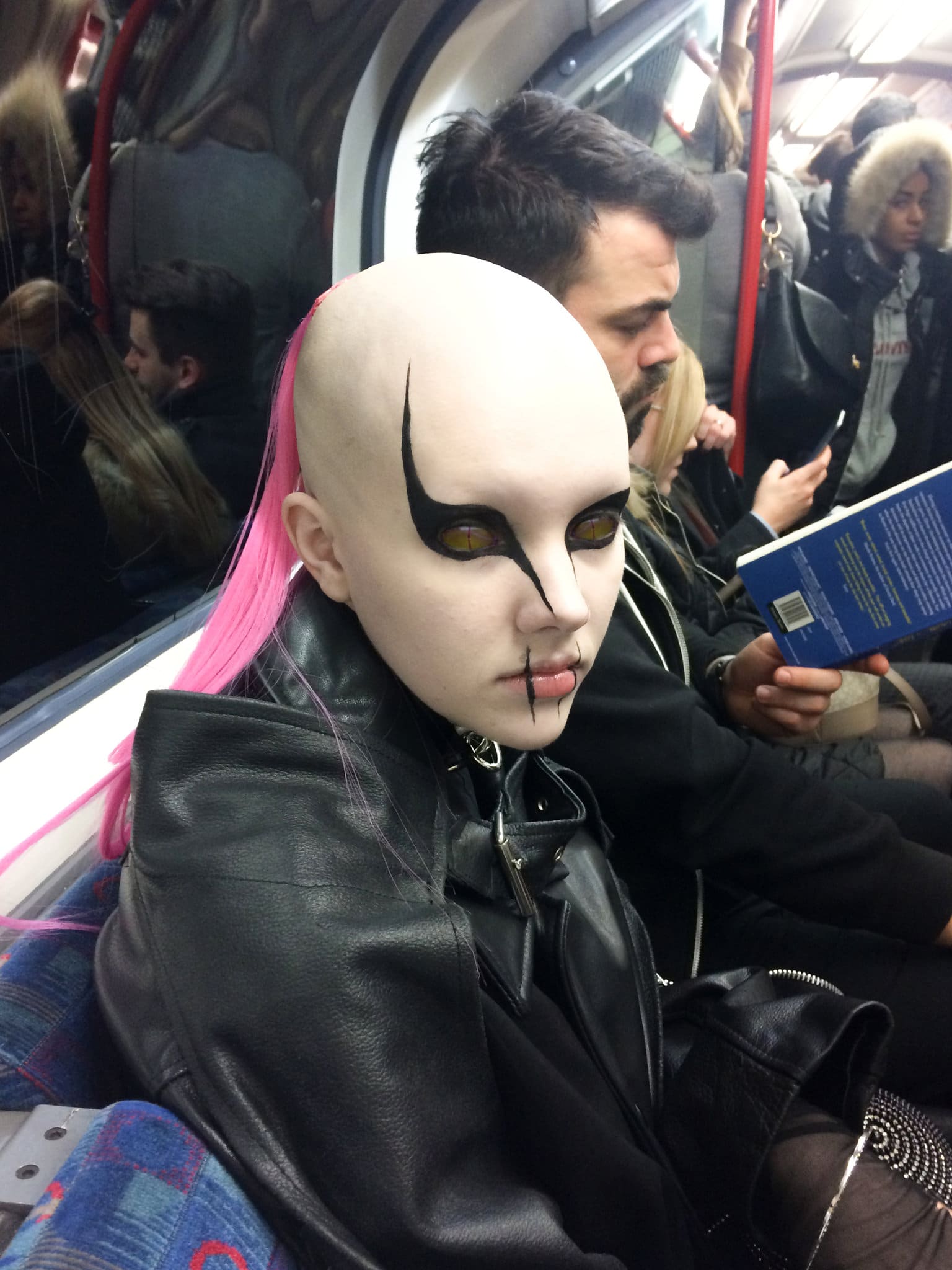 4. Their appearance is not a costume. They are not after the Instagram likes, market themselves and their brand, or make an appearance at events and red carpets. They dress like this every day. When they go out to dinner, when they catch a plane, when they celebrate Christmas. 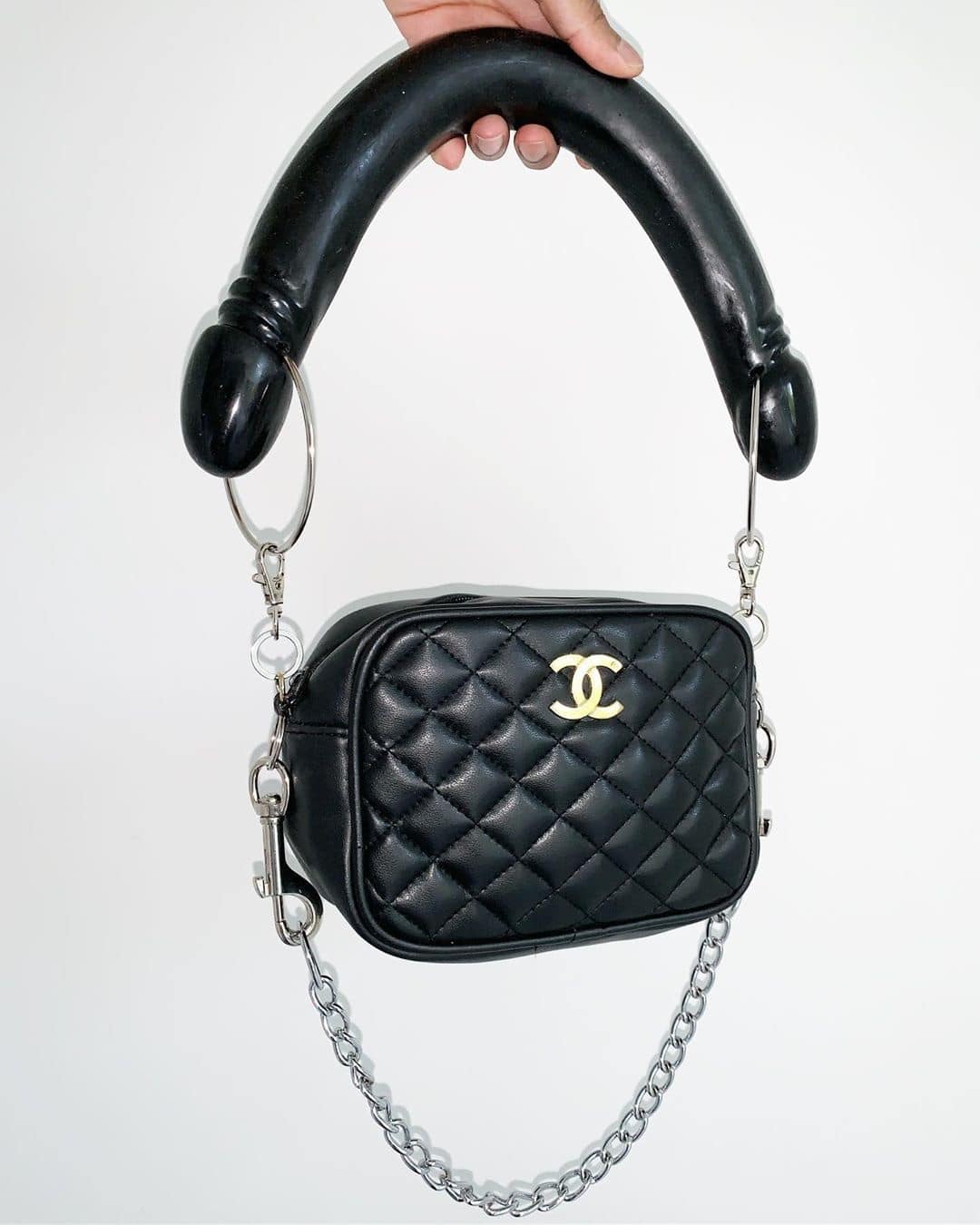 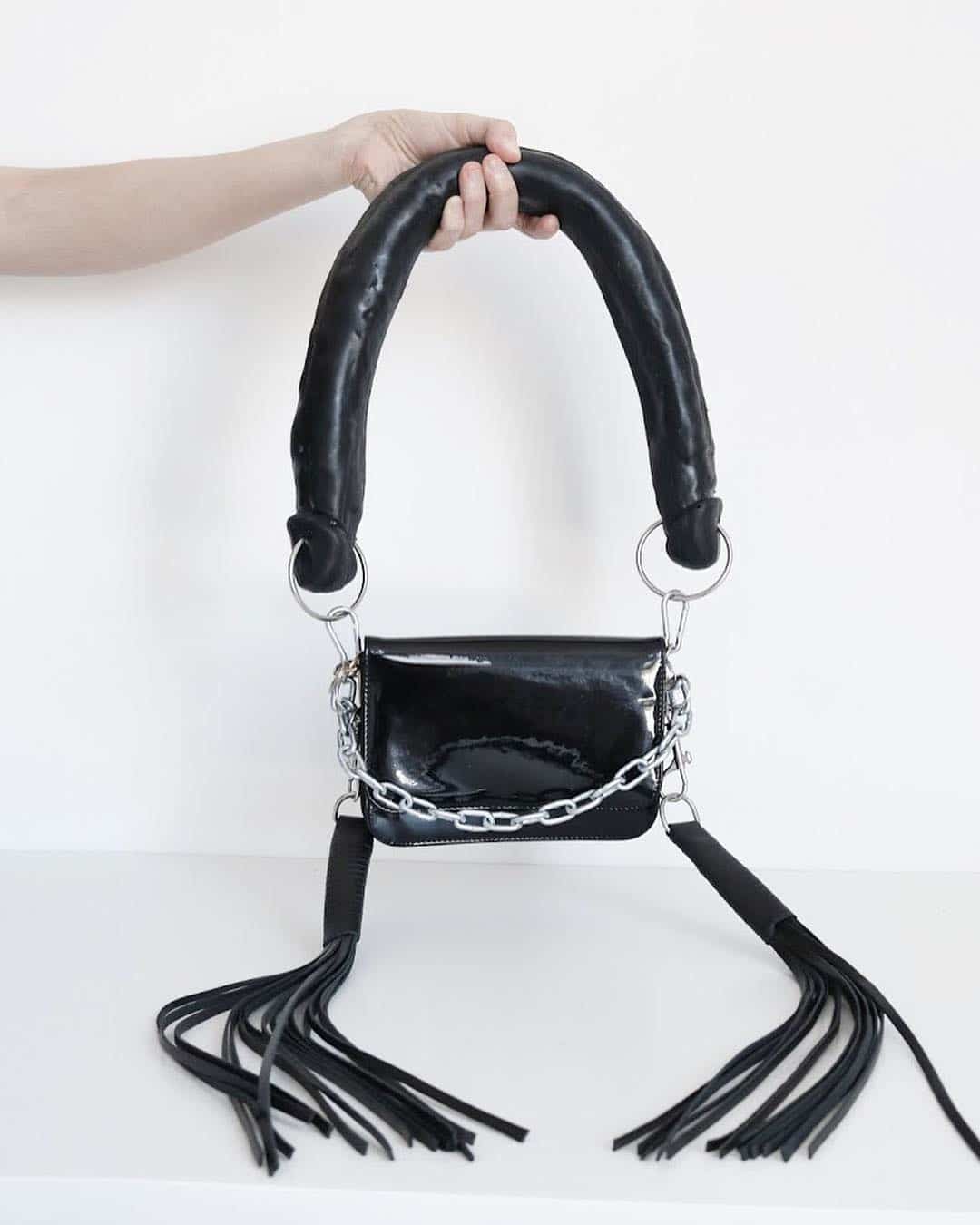 5. They seek to fascinate, but also to incommodate.Their account is full of messages of support and admiration. But they also receive a lot of negative criticism and vexatious comments, both onsocial mediaand on the street. They have been insulted and spit upon, but the creative duo prefers to turn this frustration and negative feelings into creativity for new designs and projects.