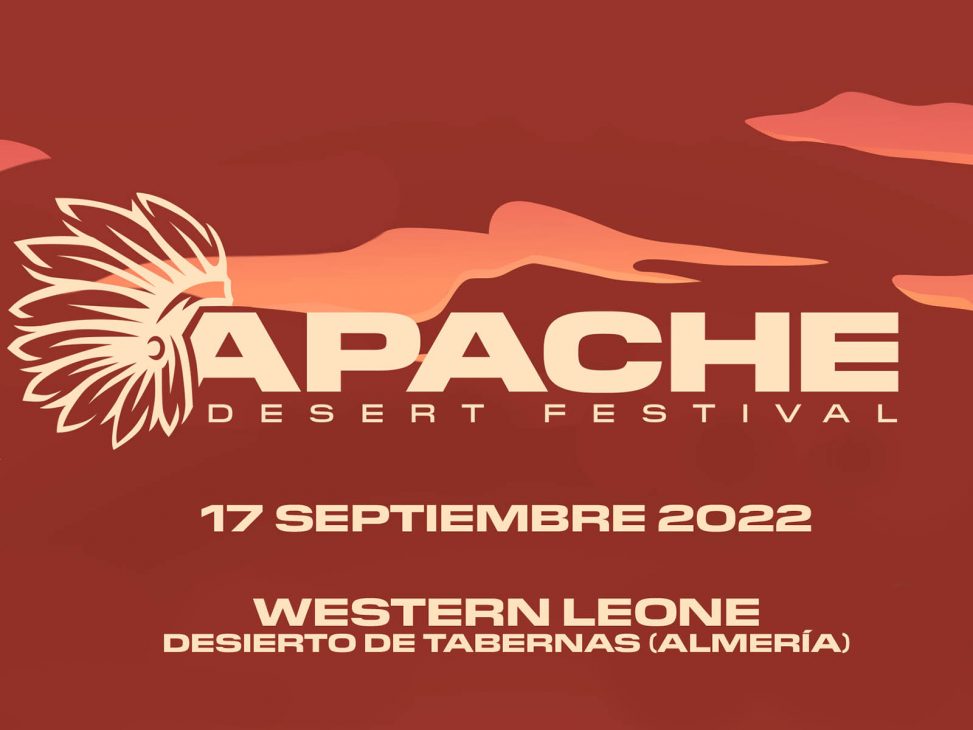 Apache Desert Festival returns to the Tabernas Desert this September

After the success of its last edition, Apache Desert Festival returns to invade the desert of Tabernas (Almería), specifically to the Western Leone village, on September 17th. 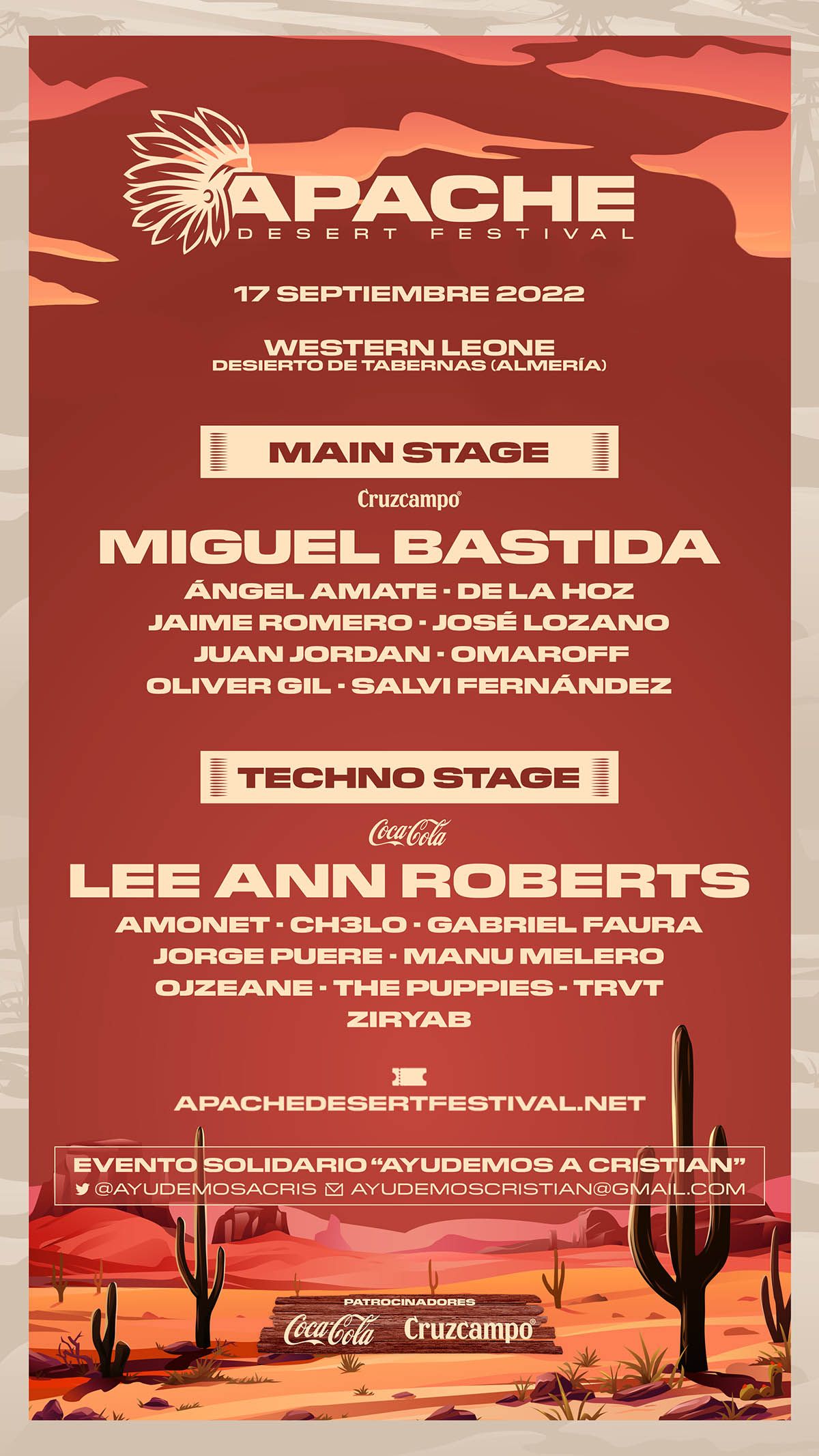 After its successful 1st edition on May 1st, where we could enjoy the show of artists such as La Zowi, Cocco Lexa, Fernanda Martins, Andres Campo and Viviana Casanova, among others; the organisation returns to bring life to the desert of Almeria for the second time.

In this new edition, the festival incorporates a solidarity action to raise funds for the platform ‘Ayudemos a Cristian’: A young man from Almeria who suffers from an undiagnosed disease that does not allow him to speak, walk or barely live on his own (More information here).

Apache Desert Festival has headliners such as Lee Ann Roberts and Miguel Bastida; as well as the return of Ch3lo after having a great time last time, and Ojzeane, dj of the Madrid party Skin. Also on the bill will be Industrial Copera resident Amonet, Oliver Gil and De la Hoz, among others.

You can get your ticket for the Apache Desert Festival here.