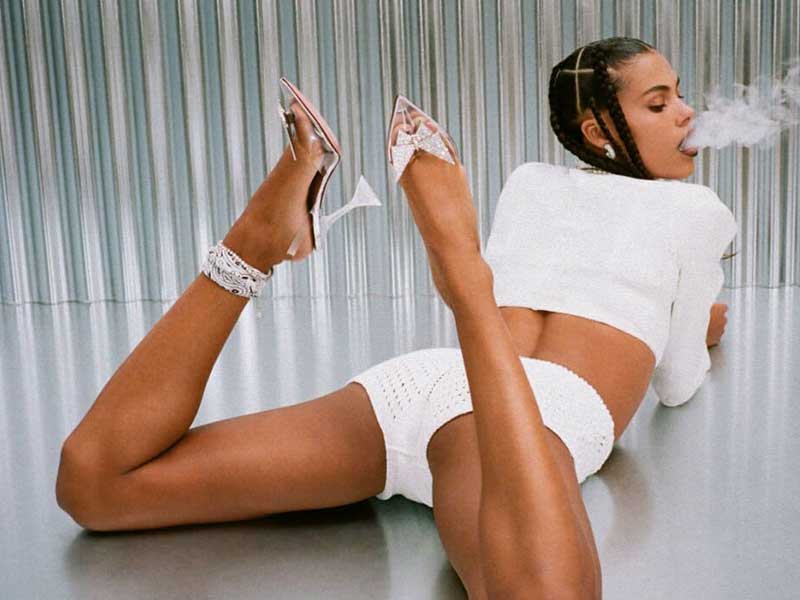 Muaddi has joined forces this time with A$AP Rocky for a new shoe collection. AWGE x Amina Muaddi is the perfect combination between the glamorous taste characteristic of the designer and the avant-garde of the rapper.  Although unexpected, this collaborative project has presented itself as exciting as everything Muaddi does. 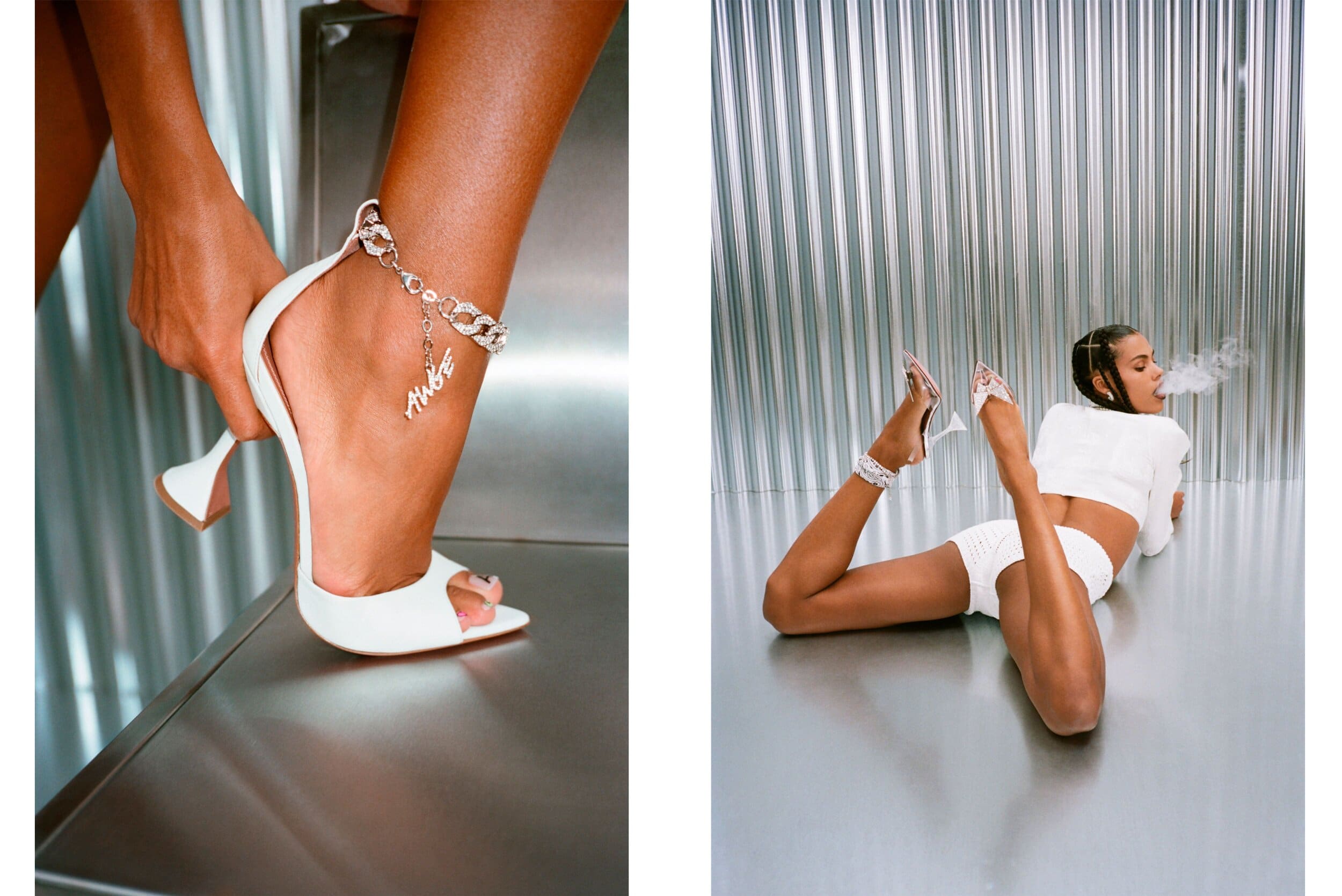 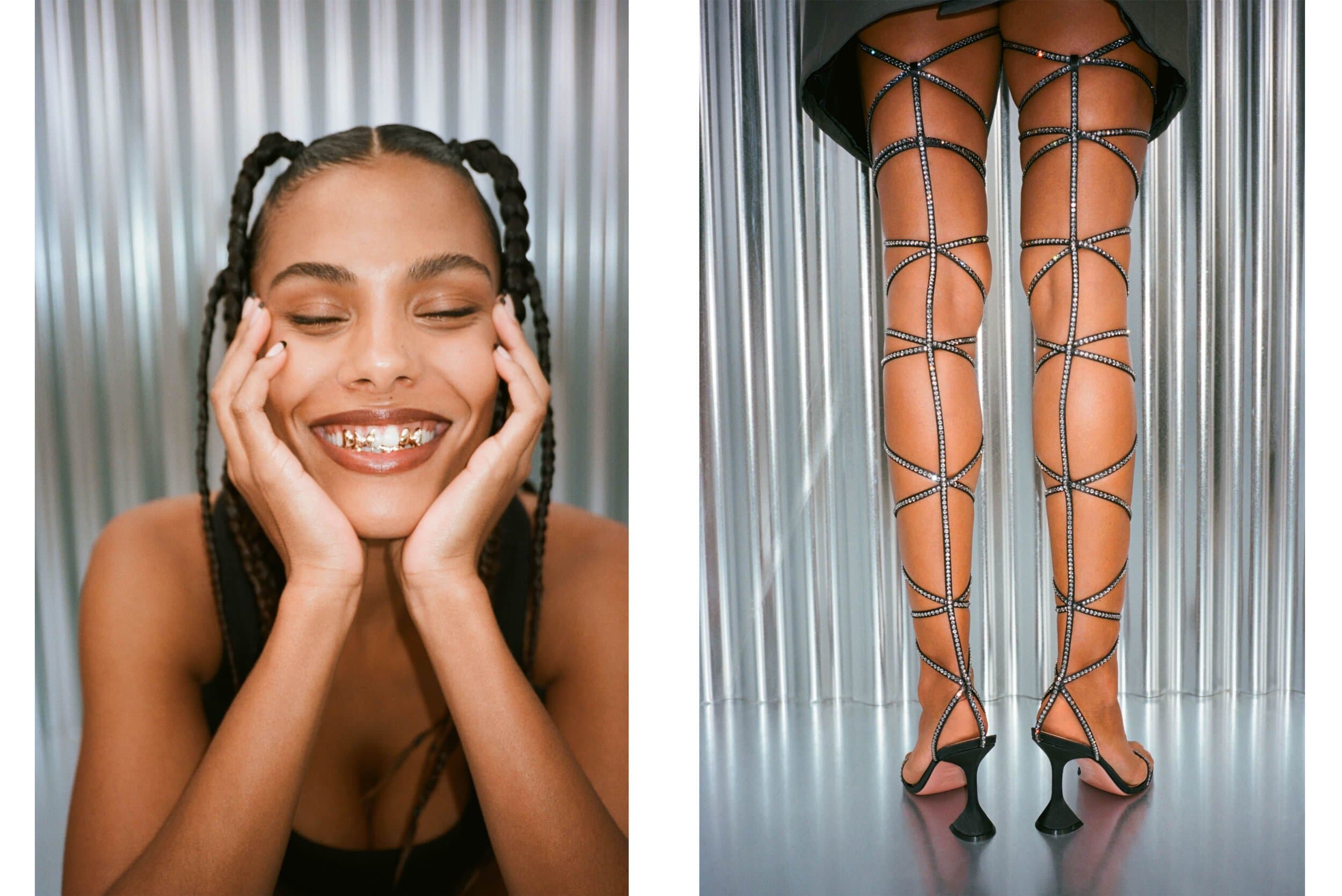 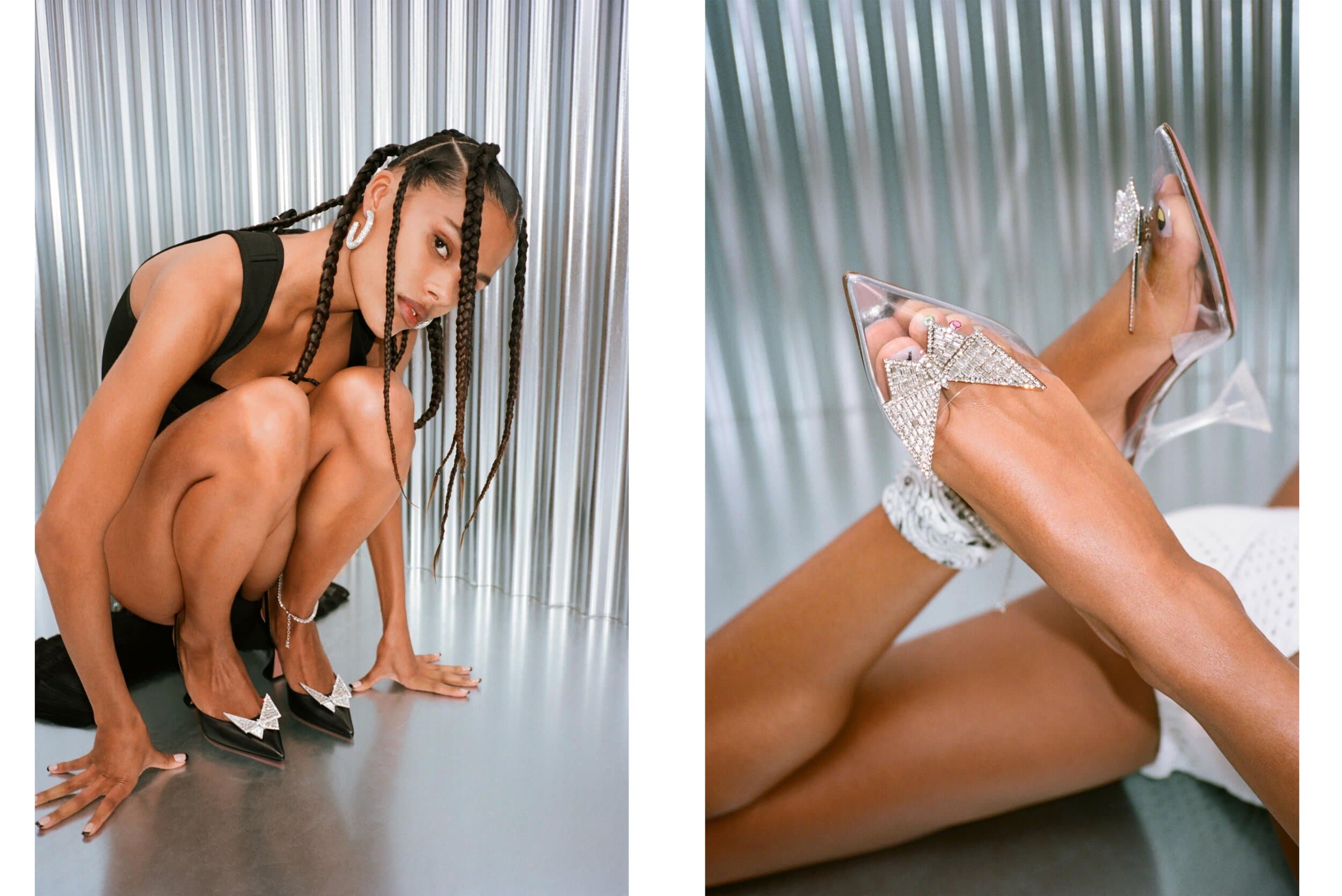 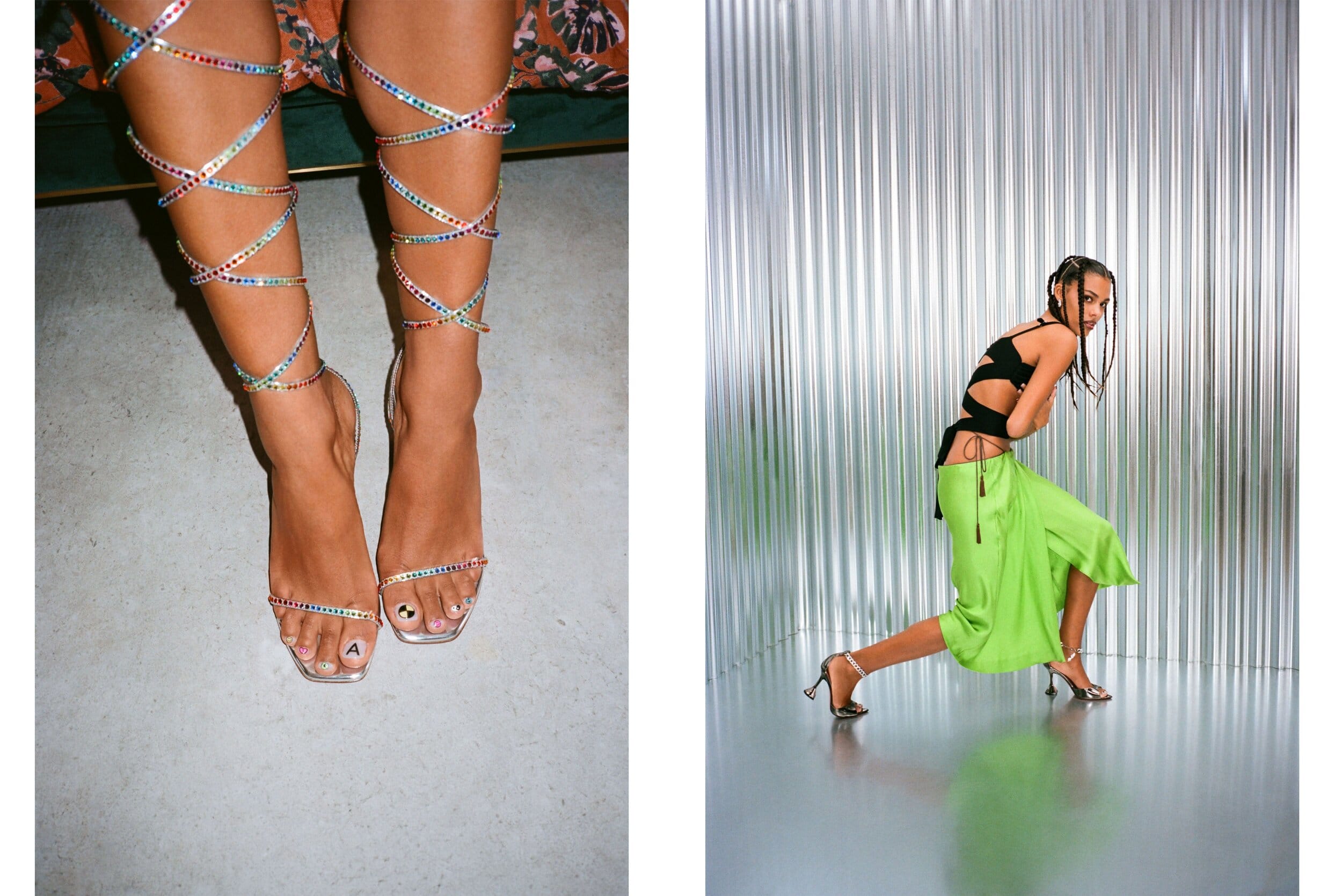 It has already been released through a selection of global retailers such as My Theresa, Net-a-Porter, Browns, Just One Eye and On Pedder, and is sure to fly as fast as the shoes in Muaddi’s permanent collection.

The capsule has as its undoubted protagonist Muaddi’s characteristic heel and uses AWGE’s iconography and letters as details. A glass butterfly that embellishes the tip of the methacrylate shoe. The butterfly is a recurrent element in the AWGE imaginary, and a symbolic homage to the deceased A$AP Yams.

Although the AWGE x Amina Muaddi capsule caught us by surprise, yesterday we could see in Instagram some highlights of the collection. However, there were already rumors of a possible collaboration since we saw A$AP Rocky and Amina Muaddi together, as it is well known that the two artists have a good relationship.

The collaboration comes at the best time on the Amina Muaddi’s career. The designer has recently worked with Rihanna for Fenty. She has also been awarded Collaborator of the Year together with Jahleel Weaver, in the Footwear News Achievement Awards 2020. As for A$AP Rocky, he is obsessed with fashion and his fans are obsessed with everything he does, including the AWGE collective. This creative agency was launched in 2015 and since then has built its imagery on the assumption of being relentlessly enigmatic.

HIGHTALKS. VOL.7 >>> ALBANY
Nike and MSCHF reach agreement on Air Max 97s
These are the nominees for the Brit Awards 2021
The life of Kanye West comes to Netflix
Reebok and ASAP Nast collaboration is out now
On the hunt for a gang of LEGO thieves
Sónar presents two new festivals in Barcelona
Serpenti by Bulgari through Mary Katrantzou’s eyes
Top fashion trends we found at FW21
Take a look at Palace x The North Face Purple Label capsule
Travis Scott’s CACTI drink is out now
Hermès comes up with a new organic leather made of reishi