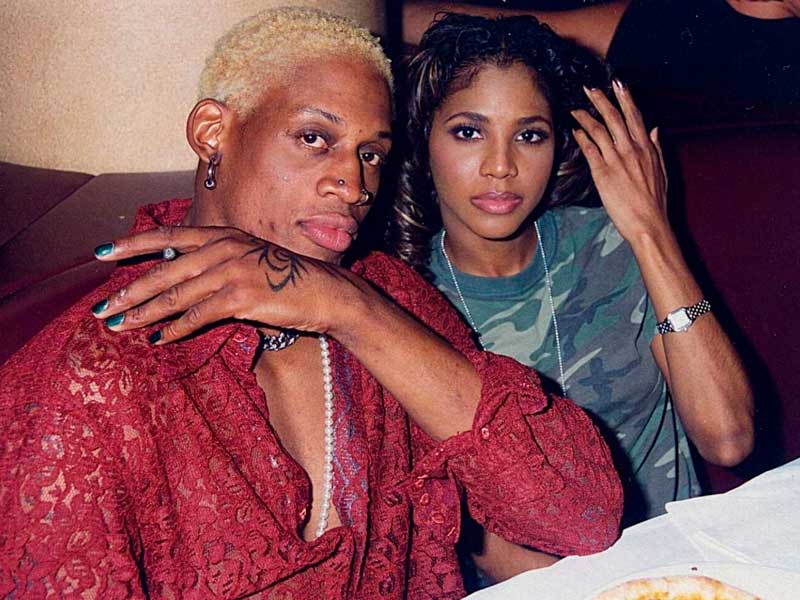 Dennis Rodman: Transgression as a lifestyle

Netflix’s documentary about Jordan’s last season at the Bulls’ helm has left us with much more than epic baskets. One of the main characters of that team would manage to be much more protagonist outside the park in many occasions. Transgression was invented by Dennis Rodman, not Harry Styles. 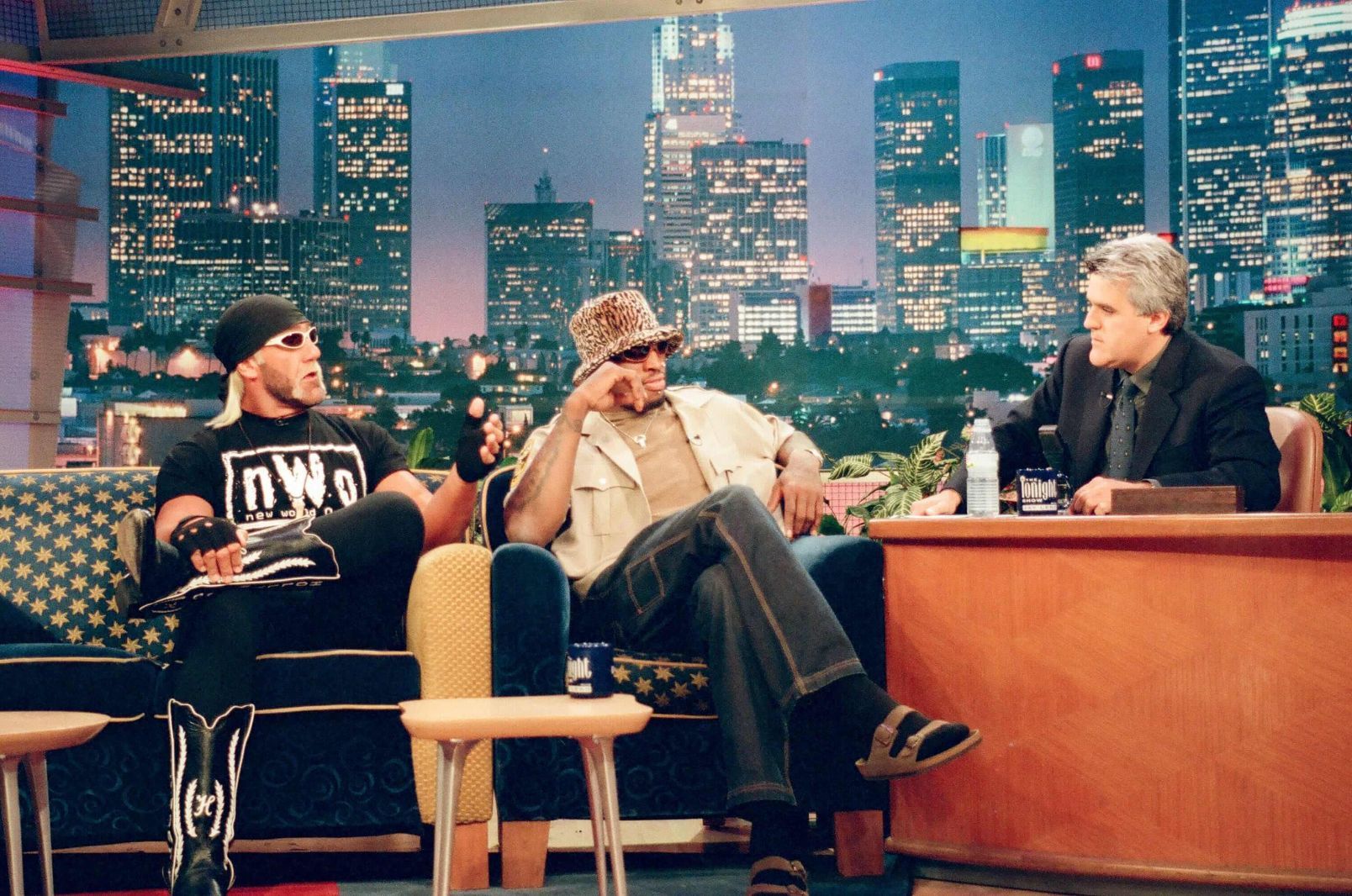 To understand Dennis Rodman’s tremendous impact on today’s acceptance of any aesthetic, one must understand the environment in which he found himself. The NBA in the ’80s and ’90s has absolutely nothing to do with today’s. The Larry Birds, Magic Johnson, John Stockton, Karl Malone, Michael Jordan and others were professionals in their sport. At that time, it was mainly what they did on the court that was judged and, barring a few scandals, what went on outside went unnoticed.

Today, with the tremendous invasion of privacy they live in, fans can watch their players make the classic pre-game hall pass. This once inconsequential ritual has become a show in which the Kyle Kuzma, Russell Westbrook, Andre Iguodala, Kevin Durant and company display their most eye-catching looks. 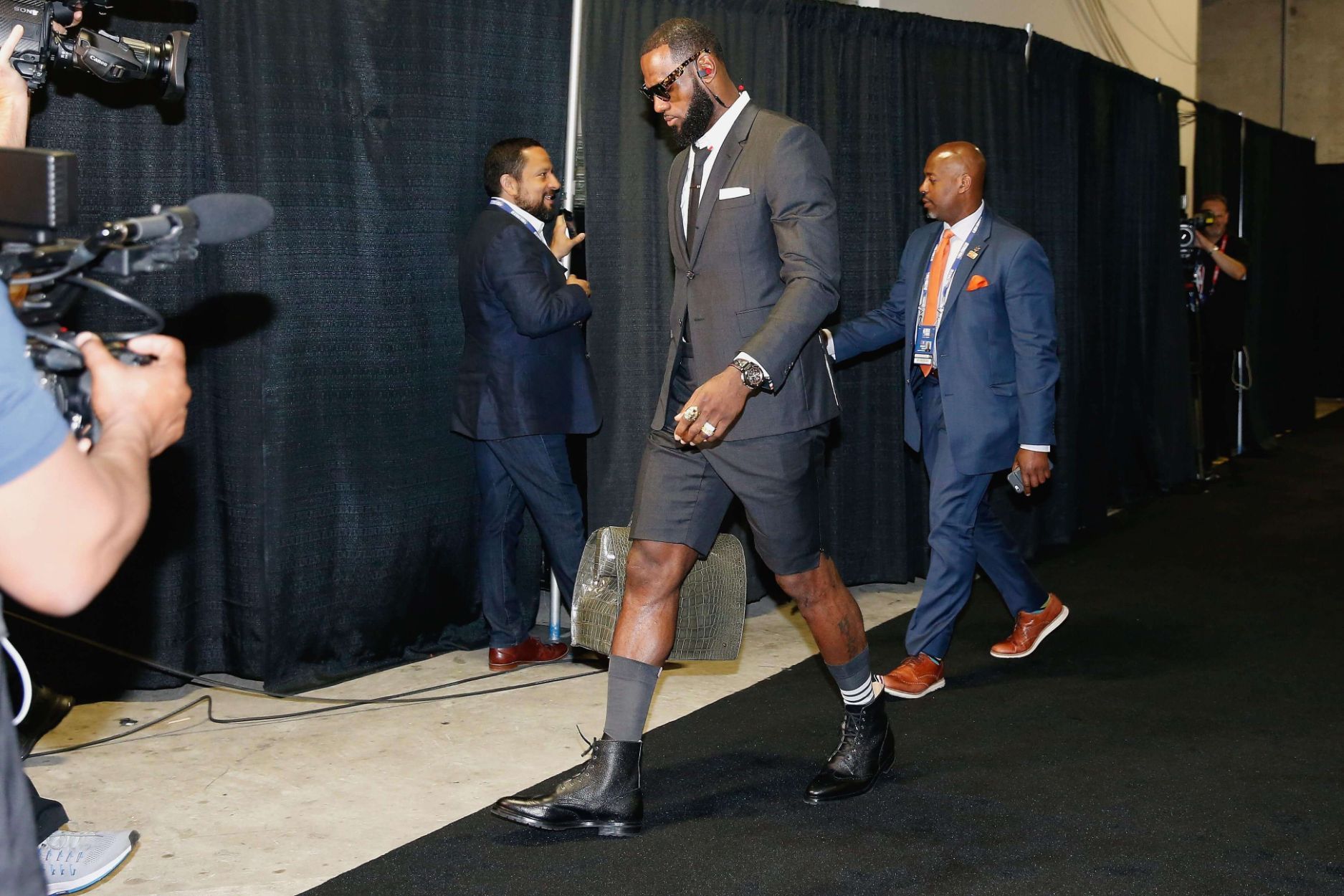 The extravagance today is an inspiration to many. In the ’90s, getting out of the pattern was a reason to be singled out and judged without embarrassment.

In 1986, Dennis Rodman was starting his career in the world’s basketball elite. His defensive skills earned him the respect of his rivals and helped the Pistons win two consecutive rings. One of them, leaving a newcomer Jordan’s Bulls in the way. The Detroit team earned the nickname “Bad Boys” because they beat the hell out of each other. That toughness made it almost impossible to beat them, and Rodman was one of the architects of that success. In those years (86-93) “The Worm” maintained a standard aesthetic and wore his original hair color. Nothing foreshadowed what would come next.

At the end of his last season with the Pistons and after the departure of Chuck Daly – his mentor – Dennis found himself at a crossroads, at the point of thinking, rifle in hand, about whether he should blow his brains out. The loneliness of the individual contrasted with the glory of the athlete. After spending the night in his truck in the parking lot of the Palace of Auburn Hills, his pavilion, he decided to break away from it all.

At that very moment, he decided to put an end to that dull and unimportant Dennis in order to bring out the light inside him. He requested to be transferred to San Antonio and in his first training session the change was already seen. The Worm appeared with platinum blonde hair to the amazement of those present. In the Texas franchise, they feared the worst of the fractious bouncer. 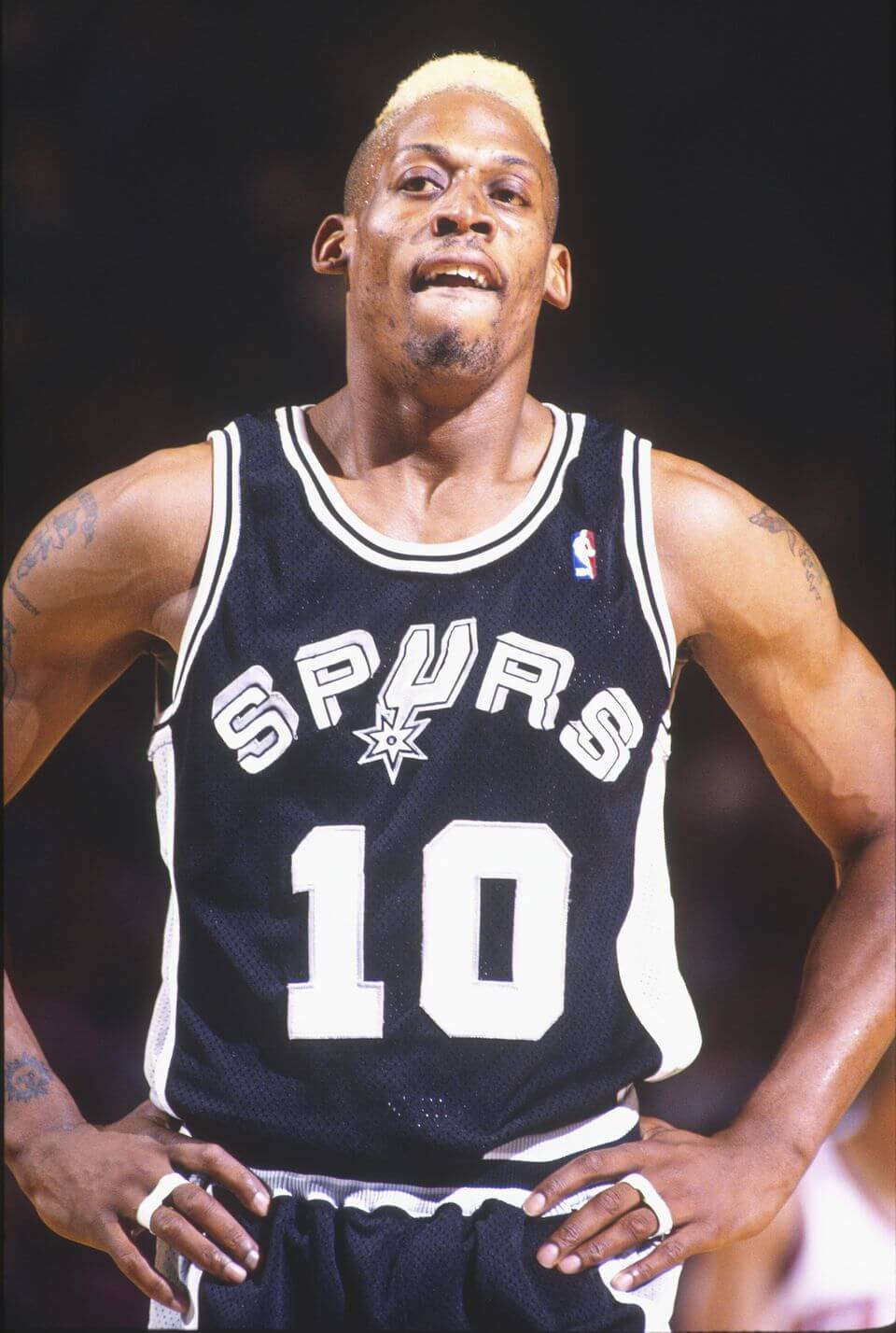 It was during his time at the San Antonio Spurs that the Trenton player began to release his true self. Colorful dyes began to be a hallmark of the defender and manicure started to be a regular thing, as did his piercing collection.

These aesthetic changes were also reflected in the way he dressed. His taste for brands like Von Dutch and Ed Hardy, his recurrent use of feminine garments, make-up and outlandish accessories to the extreme did not prevent the industry from respecting his importance on the court. His sporting relevance grew at the same pace as his revelation as an aesthetic icon. However, not everyone understood this new Rodman. A sport so loaded with testosterone did not understand this outlandish appearance. 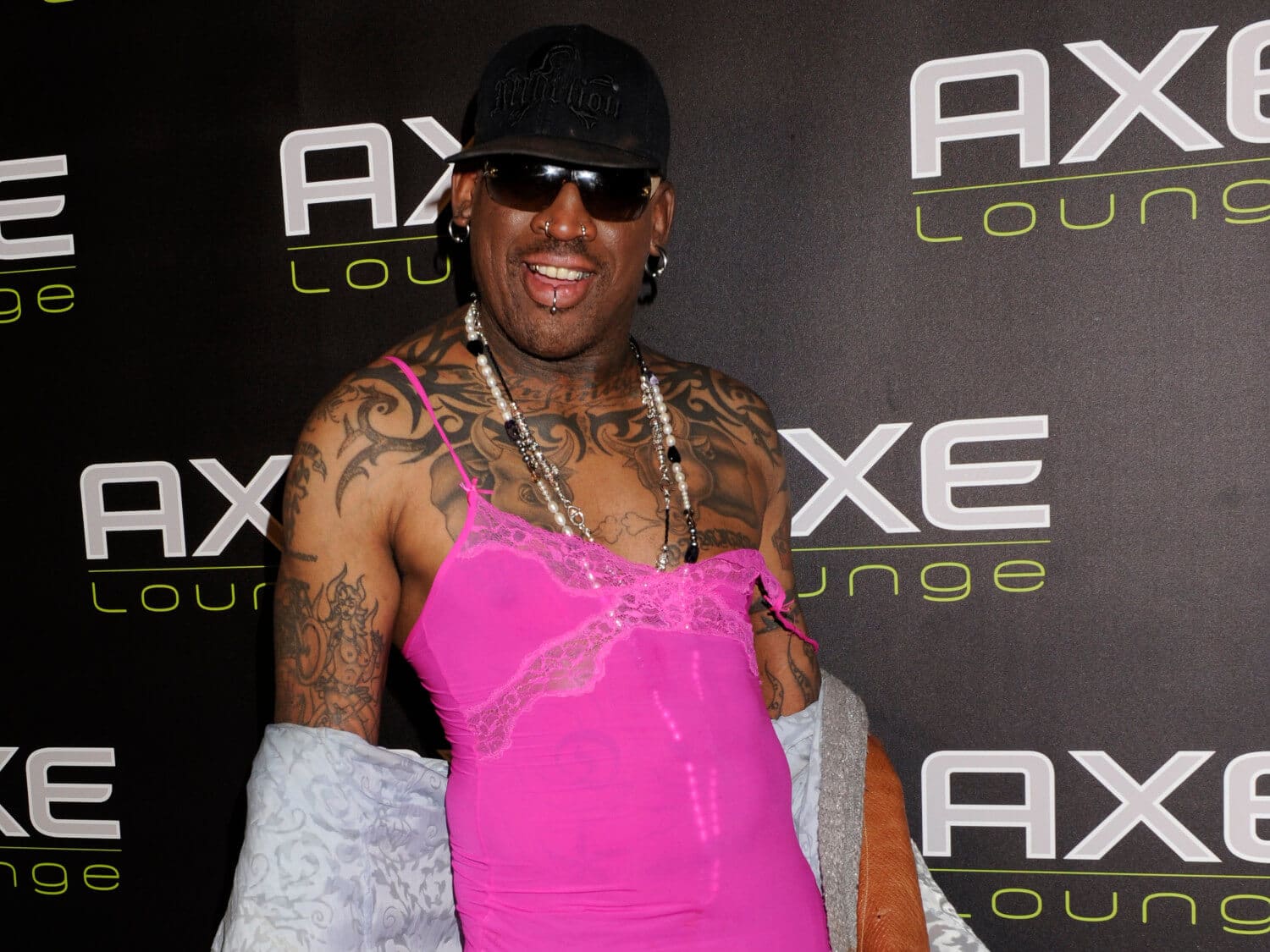 As we can see in “The Last Dance”, Rodman did not only let himself go in the aesthetic field, but also starred in different episodes as if they were not picturesque. From participating in a Wrestling show with Hulk Hogan to going on a 48-hour party to clear his head between games. Dennis made it clear that he didn’t work like the rest.

In his autobiographical book, Rodman confesses that he started dyeing his hair to kill the shy impostor he was being to date. 1994 was the year of the explosion of the icon he is today, although he always recognized that he started wearing women’s clothes when he was a child. Growing up in an all-women environment had a decisive influence on his perception of fashion. 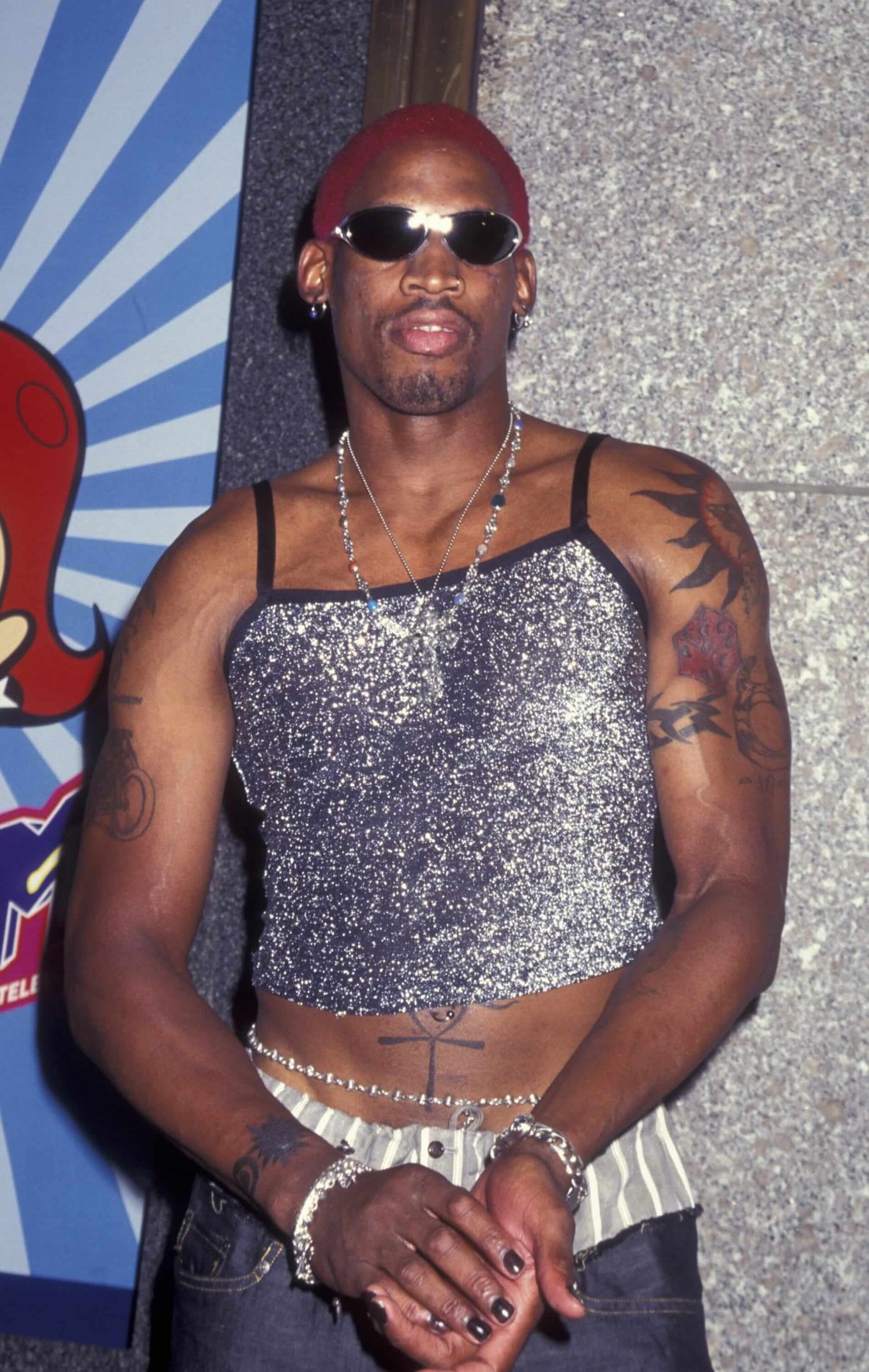 Velvet suits, silk blouses, animal print, feathers, leather pants or the most varied beads defined the Rodman style. His look ranged from the most eccentric to the lowest key. It was not strange to see him wearing pajama pants and flip-flops or wearing vintage rock t-shirts. Rodman is the clear example that it’s all about attitude.

But, without a doubt, the culmination of all this metamorphosis came on the day of the presentation of his book “Bad as I wanna be”.  As bold as you like, good old Dennis showed up in a wedding dress, blonde wig included, to the promotion of this one at the Barnes&Noble on New York’s Fifth Avenue. Veil, gloves and of course the bouquet were part of a snapshot for the eternity.

It was 1996 and Rodman enjoyed his highest peak of popularity thanks to his great performances with the Bulls and his undeniable off-court magnetism. 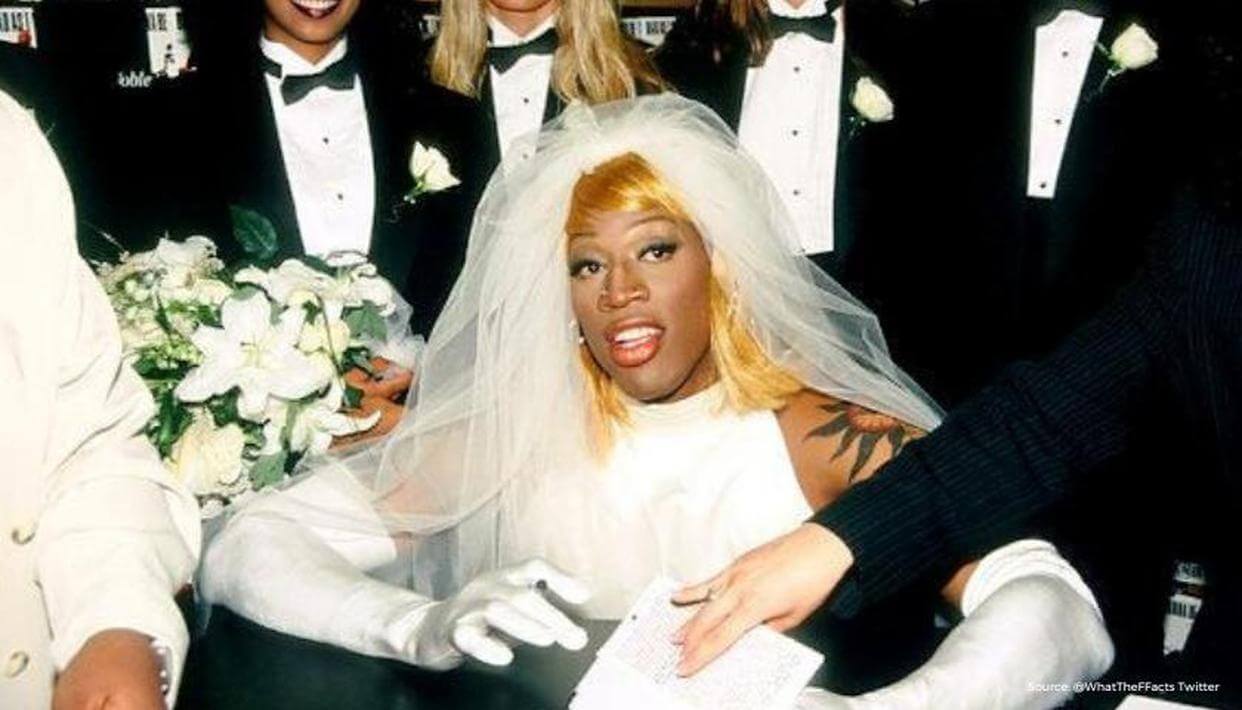 Today we have examples such as Lil Uzi or even Harry Styles who have adopted a unique aesthetic versatility and are heirs to a philosophy that was born in 1994 with The Worm. Rodman is already a legend today, but if those moments were to occur now, he would be the leader to follow.

Netflix had to release the documentary about Jordan for the hordes to recognize Dennis Rodman’s influence on gender fluid fashion and the acceptance of female aesthetics in men. The use of skirts, lace or lingerie tops, sequins and so on is more standardized today thanks, in part, to the Bulls’ #91 transgression. 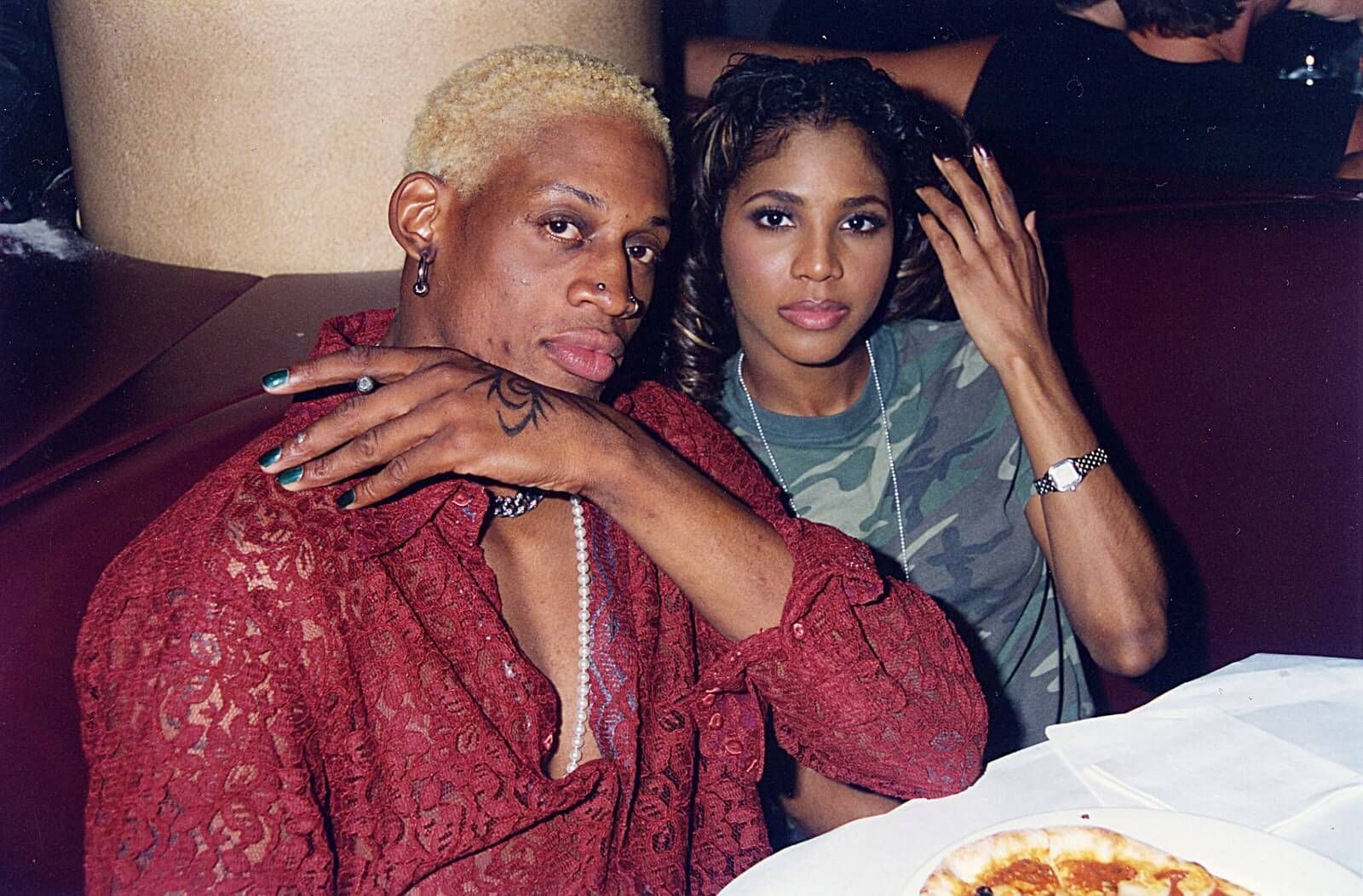 Here is our homage and recognition to a unique character that a myself grew up with and admired the most. Only the perspective of time allows us to recognize the true leaders.

Hats off to Dennis.